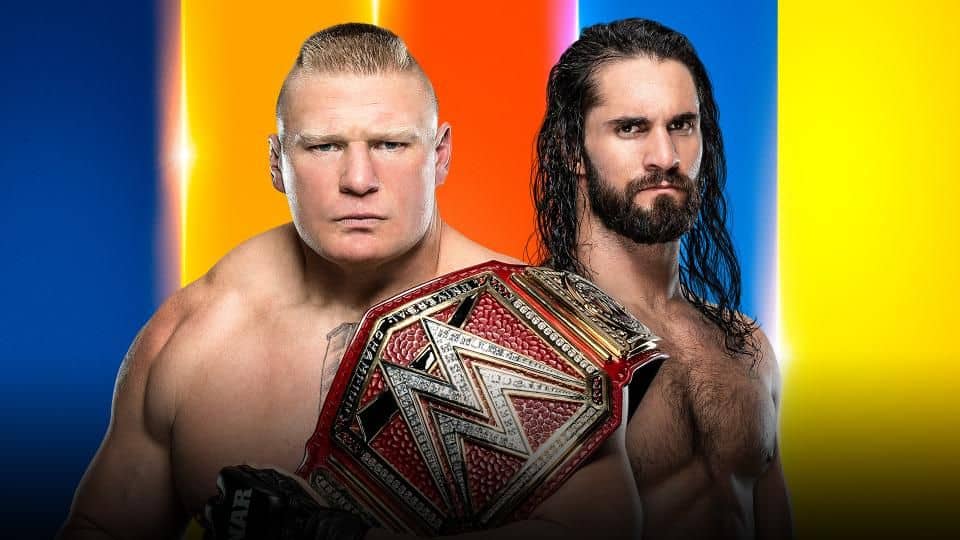 S.Streeter: Hmmm… Not sure. This could be a show-stealing match or could be another by the numbers WWE match that we’ll never think about again once 2019 has ended. I get the feeling we’re going to get the latter.
Winner: Brock

JT: will Seth get his payback or will Brock F5 him all over the arena? After Rollins recent petulant dick-waving online Brock walks into the match as a major face, so hopefully we will be rewarded by a literal murder in the ring.
Winner: Lesnar

Spain: I can’t see the point in having Rollins have the belt taken off him in such a forthright manner if WWE only planned to toss it back to him a few weeks later. Unfortunately, I feel that we’re in for a few more months of Brock acting as an absentee Universal Champion, thus ensuring that no-one benefits, and nothing grows. To be fair, Seth winning would make the whole cash-in thing equally ridiculous and make Brock seem like an incompetent. So, I guess I’d be grumpy no matter what happened.
Winner (and still Universal Champion, God help us): Brock Lesnar 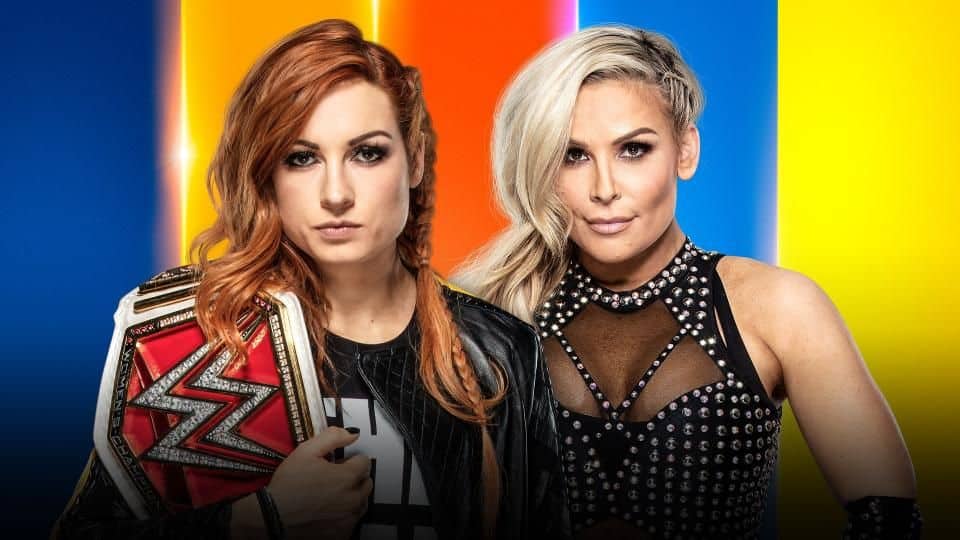 S.Streeter: I have been a fan of Natalya since way back when. She brought some legitimacy to a women’s division filled with Marysia, the Bella Twins and too many models. I like Becky Lynch as well. I hope that whoever is in charge of the women’s division at the moment just lets these two go all out and belt the hell out of one another until one of them has to cry, “Auntie!” in the middle of the ring. And Becky’s been champ for a long time now…
Winner: Nattie

JT: After being dragged down by the black hole of charisma that is her boyfriend, The Man desperately needs a dominant win, and Nattie doesn’t really feel like a serious contender.
Winner: Becky

Spain: It’s been fun to see Natalya look like a dominant force, which is a pleasant reminder of what can happen when you’ve got a challenger not named “Charlotte Flair”. Having said that, I think Becky’s got enough momentum in the tank for a few more defences, and WWE will hopefully be smart enough to use that.
Winner (and still Raw Women’s Champion): Becky Lynch 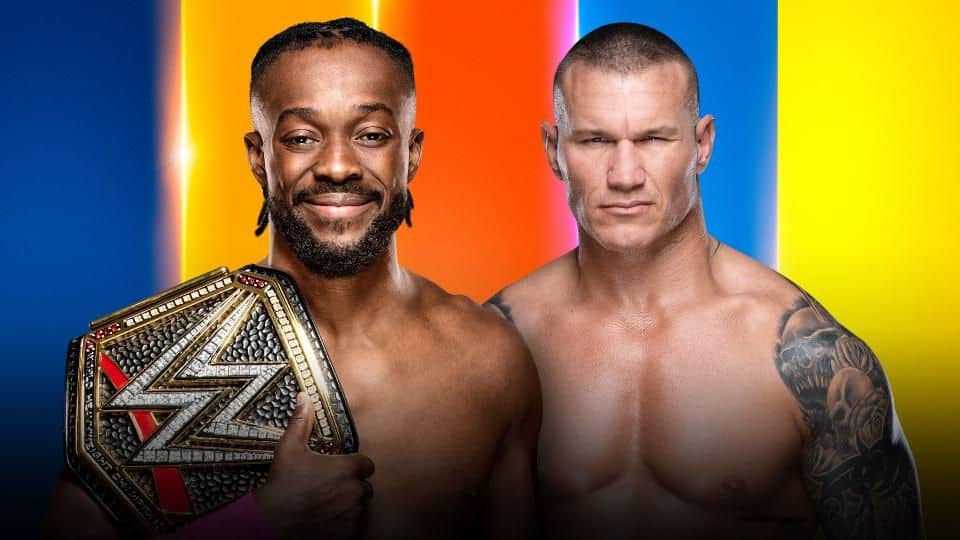 S.Streeter: Build up has been surprisingly good, but I have little hope in Randy Orton allow another wrestler to shine at his expense, so I expect this match to be one of those “clash of styles” (as opposed to Styles Clashes) that people use to excuse a stinker.
Winner: Kofi (oh please please please please…)

JT: Does Randy care about this match or can we look forward to 20 minutes worth of chinlocks? Either way, Kofi is keeping the strap.
Winner: Kofi

Spain: I’ll admit that this is a match I’ve been worrying about. Everything has been handled perfectly, and the story of Kingston succeeding despite Orton’s interference yet still holding a grudge is a very good one. My two fears are 1) an uninspired Orton performance that saps the match of its energy and 2) that this is where Kofi loses the belt, which I think would be a real mistake. I’ll back Kofi to retain, as that’s the most sensible narrative option, but this is the match that I’m most invested in and least certain about.
Winner (and still WWE Champion): Kofi Kingston 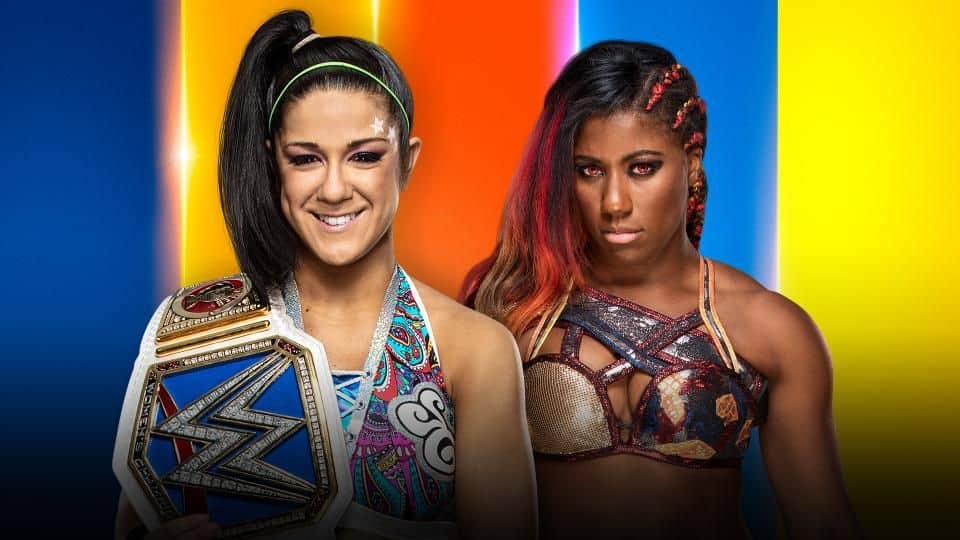 S.Streeter: This could be a fun match. I expect them to not get a huge amount of time, and for it to feel like a greatest hits package (they still have those, right?), but still enjoyable.
Winner: Bayley

JT: Bayley is at a peak in her on again, off again push trajectory, while Ember has a great look but is prone to botches. Is she championship material?
Winner: Bayley

Spain: Ember’s poor performance since being named challenger is almost enough to make me believe that the final twist will see her become Champion here. At the same time, I’m firmly in Bayley’s corner; like Becky Lynch, there’s plenty that she can do before laying down the belt, and I think the best thing would be to let her go for a little while longer.
Winner (and still SmackDown Women’s Champion): Bayley 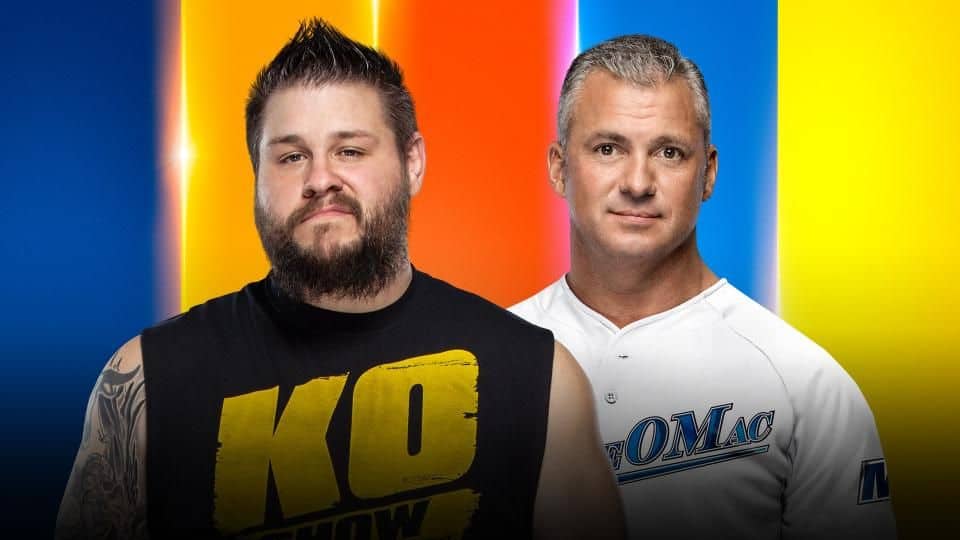 S.Streeter: WHY?!?! No, seriously… WHY?!?!? I have zero expectations of this match. McMahon is surely going to have an aneurysm this time, isn’t he? There are so many wrestlers on the roster who don’t have a match, who haven’t been on Raw/SD in weeks (months), and we’re going to see nepotism rear its ugly head yet again.
Winner: Not the audience

JT: what the actual f**k is going on with this storyline? While I’m happy to see KO being given an opportunity to show his dickish sense of humor, the fact that a portly middle aged marketing exec is in this match is an embarrassment.
Winner: KO

Spain: It never ends, and I have a horrible suspicion that it won’t end here either. Shane refusing to put his job on the line against Owens should make his defeat more certain, but I reckon that’s a bluff: a means of strengthening Owens’ perceived position before cruelly tugging the rug out from under our feet and sending KO into a brief retirement before coming back like they always do. Expect a victory for Shane-O and for me to hurl an empty wineglass across my living room.
Winner: Shane McMahon 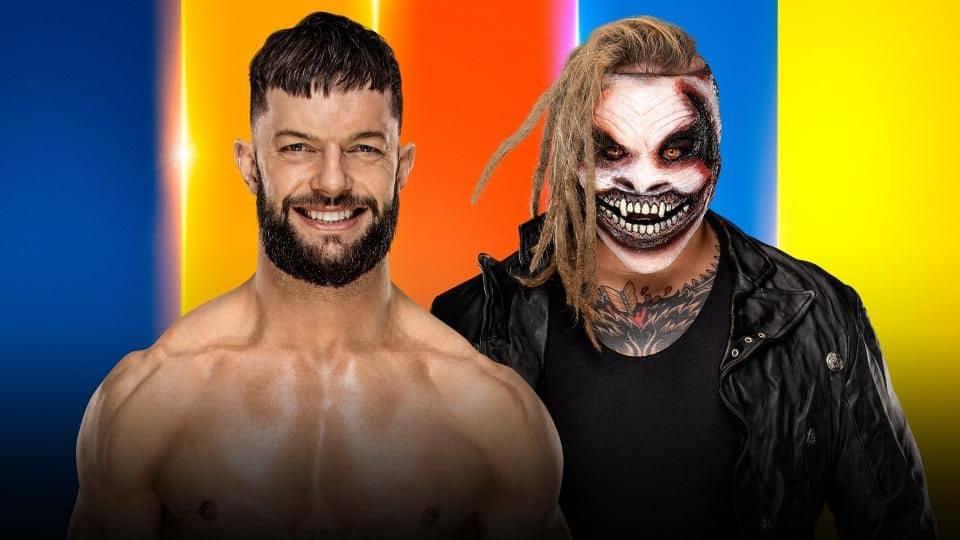 S.Streeter: This feels like the start of the feud. Because next time it will be The Fiend v The Demon, then they’ll join forces and form a tag team that will win the titles before they disintegrate and have a blow-off match at Fastlane 2020.
Winner: Bray

JT: Finn needs some time off, the Fiend needs a push.
Winner: The Fiend

Spain: The question here isn’t the result, but rather of how Bray’s Fiend form will hold up in sustained action. Unless this is going to be a very quick job for Finn, Wyatt is going to be wrestling for at least a few minutes. Hopefully his insane talent will allow him to make the gimmick work, allowing him to move on to the next stage of his performance and for Finn to take the break he wants.
Winner: “The Fiend” Bray Wyatt 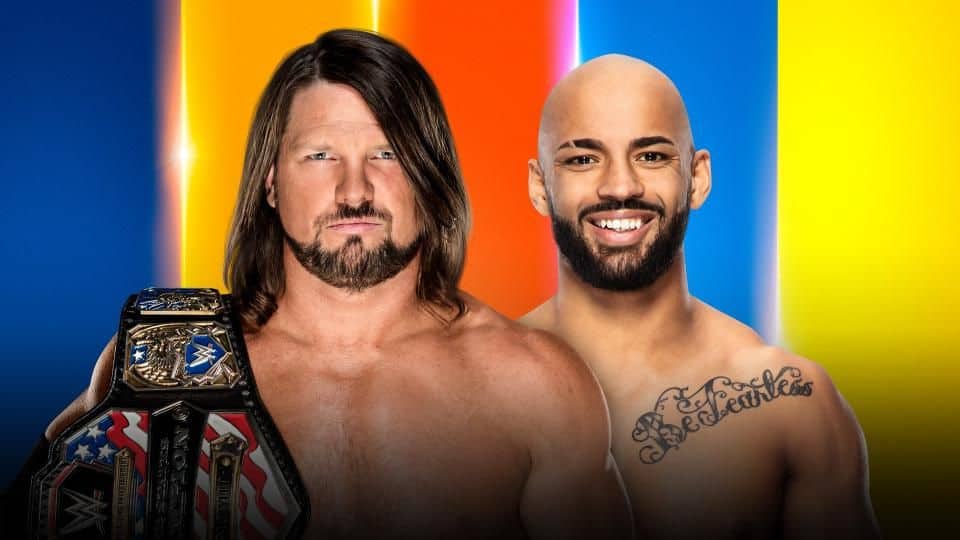 S.Streeter: I fully expect this to be MOTN. I expect to be entertained and to wince and for it to be wonderful and full of rainbows and unicorns… So I completely expect my expectations to be blown out of the water when the rest of the OC (starring Mischa Barton, repeats on right now!) interfere and turn it into one of those boring overcoming the odds clusterf*cks that have been played to death. Can’t we just have 2 wrestlers killing themselves for our amusement? Just once? Please?
Winner: Styles

JT: match of the night? Both of these guys are gold in the ring (if not on the mic) so expect some fireworks.
Winner: Ricochet

Spain: Every single other match, I’ve bet for the Champions to retain. So, more to break up the monotony than out of a particularly strong view on this match, I’ll say that Ricochet will regain the United States Championship, which AJ doesn’t need, and which will do Ricochet far more good in the short-to-medium term.
Winner (and new United States Champion): Ricochet 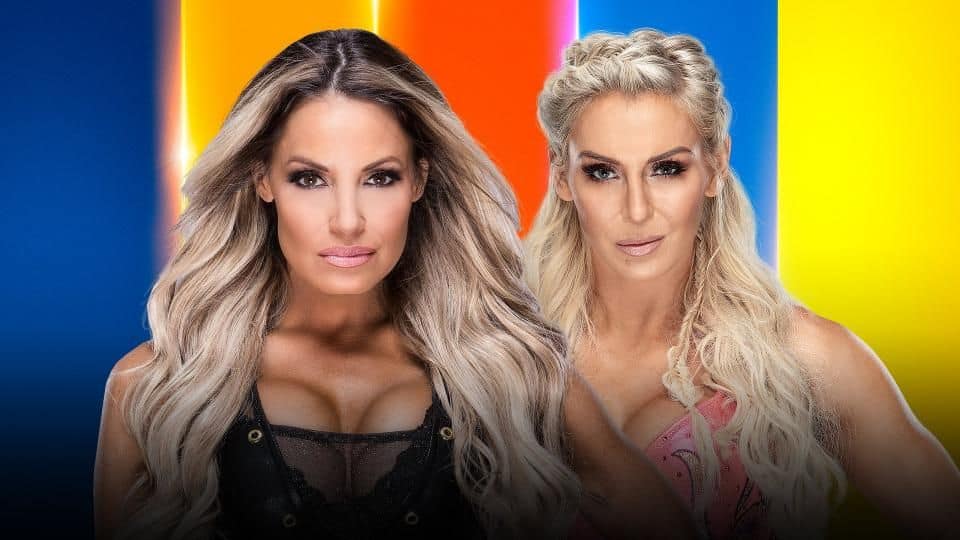 S.Streeter: I feel like I’m the only person looking forward to this match. Stratus was a great example of how some-one pushed themselves and improved to become quite a good wrestler. Flair shows that sometimes genetics means something (her brother David is the opposite of this). I really hope they don’t dumb it down for the ADHD audience they are clearly aiming for, and just let them tell a story in the ring, and they are both capable of doing that.
Winner: I’m torn. [coin toss] Stratus

JT: It’s Charlotte, right? Nobody expects anything else.
Winner: Charlotte

Spain: It’s the consolation prize to having WWE actually making a working time machine and sending Charlotte back in time to beat Trish in her own retirement match, beat Lita in her retirement match and shave Molly Holly’s head at WrestleMania XX. That being said, I’m intrigued by this one, and hopefully it accomplishes what it’s setting out to do: give Trish an impressive swansong and give Charlotte an accolade outside of the number of Championship’s she’s held.
Winner: Charlotte Flair 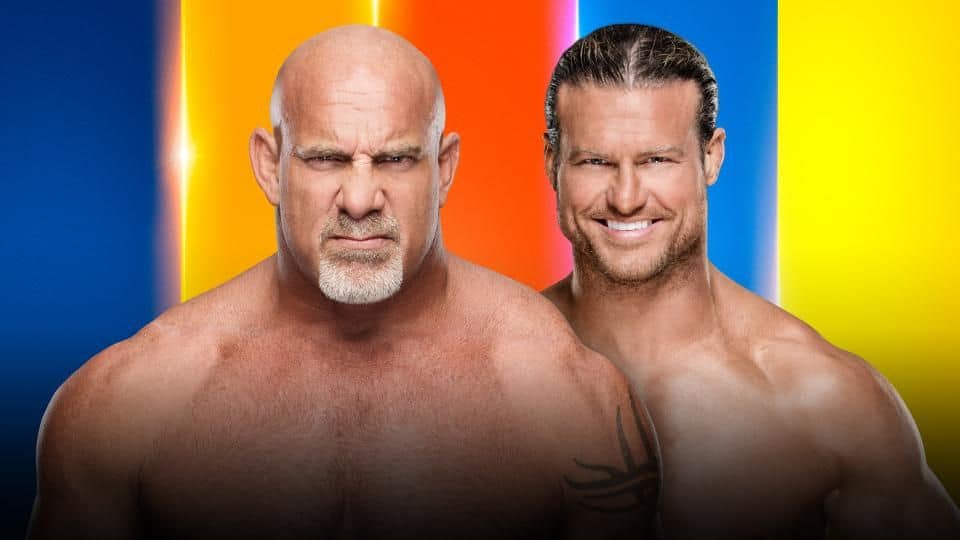 S.Streeter: I like Goldberg. I like Ziggler. Give them 10 minutes, let Ziggler bump like a pinball, see if he can do a DDP and carry Goldberg to a fine match. My hopes are high. Just keep away from ringposts, Bill!
Winner: Goldberg

Spain: This is the yin to the Stratus/Flair yang. If I thought that we were going to see ten minutes of an aging powerhouse face an actual uphill struggle against a technician in the prime of his life, and if I thought that Goldberg was capable of actually wrestling, I’d be so pumped for this match. But no: this is an ego massage for Goldberg and a humiliating, potentially dangerous situation for Ziggler, who’s going to eat a spear and a jackhammer inside of…let’s be generous and call it two minutes. The only appeal in this turd sandwich is that we get to see Dolph sell a Goldberg spear, which I truly believe will send him into flaming orbit around this earth of ours.
Winner: Goldberg 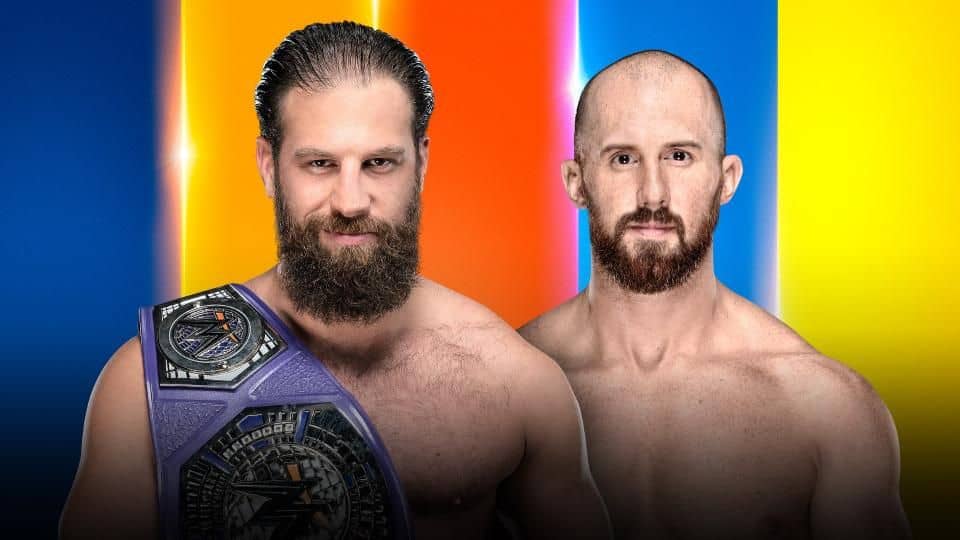 JT: Gulak has been putting on wrestling classics every time he steps in the ring, and Lorcan is one of the most legit tough guys working in NXT. But he doesn’t tend to win matches…
Winner: Drew Gulak

Spain: Alas, I have once again neglected my study of the Cruiserweight Division. I’ll bet on Drew Gulak, because that fits in with my general theme of Champions retaining.
Winner (and still WWE Cruiserweight Champion): Drew Gulak