Being a fan of an artist or performer can lead to a certain familiarity of them that borders on the way too personal. The star uses every aspect of their life to make you feel like there’s a connection in the hopes that you’ll show up and buy a ticket to their movie, purchase their autobiography or tune into their TV show. You wouldn’t dare miss their latest project. They share details of their lives in lavish interviews that your own siblings won’t reveal in private to you. Nowadays they turn their social media into a way that you can see their every move and upcoming movie. They want you to feel that if you ever ran into each other, you’d be the best of pals. Of course this perceived relationship can all go wrong with a fan wants to be a star’s new best friend or even lover. The Fan explores this with Hollywood royalty as the subject of a zealous viewer’s desires. Lauren Bacall (Key Largo) find herself dealing with an out of control Michael Biehn (Aliens) admirer who wants to be the next man in her life. The film wasn’t a big hit when it was released in 1981, but has built up a cult following over the years especially as Biehn’s profile grew in the ’80s. This was also Bacall’s only real horror movie since her role in Misery didn’t have her in jeopardy. Now the movie is being upgraded to Blu-ray with fresh bonus features. Here’s the press release from Scream Factory: 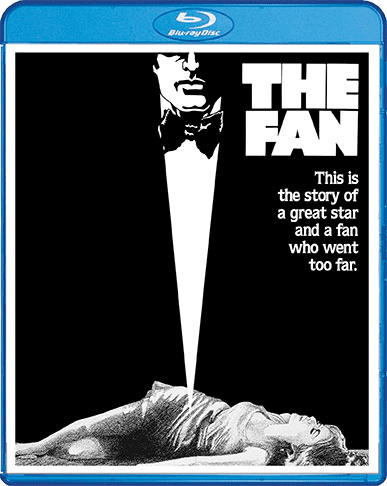 He is Sally Ross’ greatest fan … and greatest nightmare.

Sally Ross (Bacall) is a renowned Broadway star, glamorous celebrity, and the object of adoration for countless admirers. But among all the loving little people lurks a young man (Biehn) whose devotion teeters on the edge of madness. His impassioned letters to her are initially a source of pleasure, but as he attempts to realize his ultimate fantasy – and is met with rejection – the stakes are raised to terrifying heights … which might bring on the final curtain for Sally.