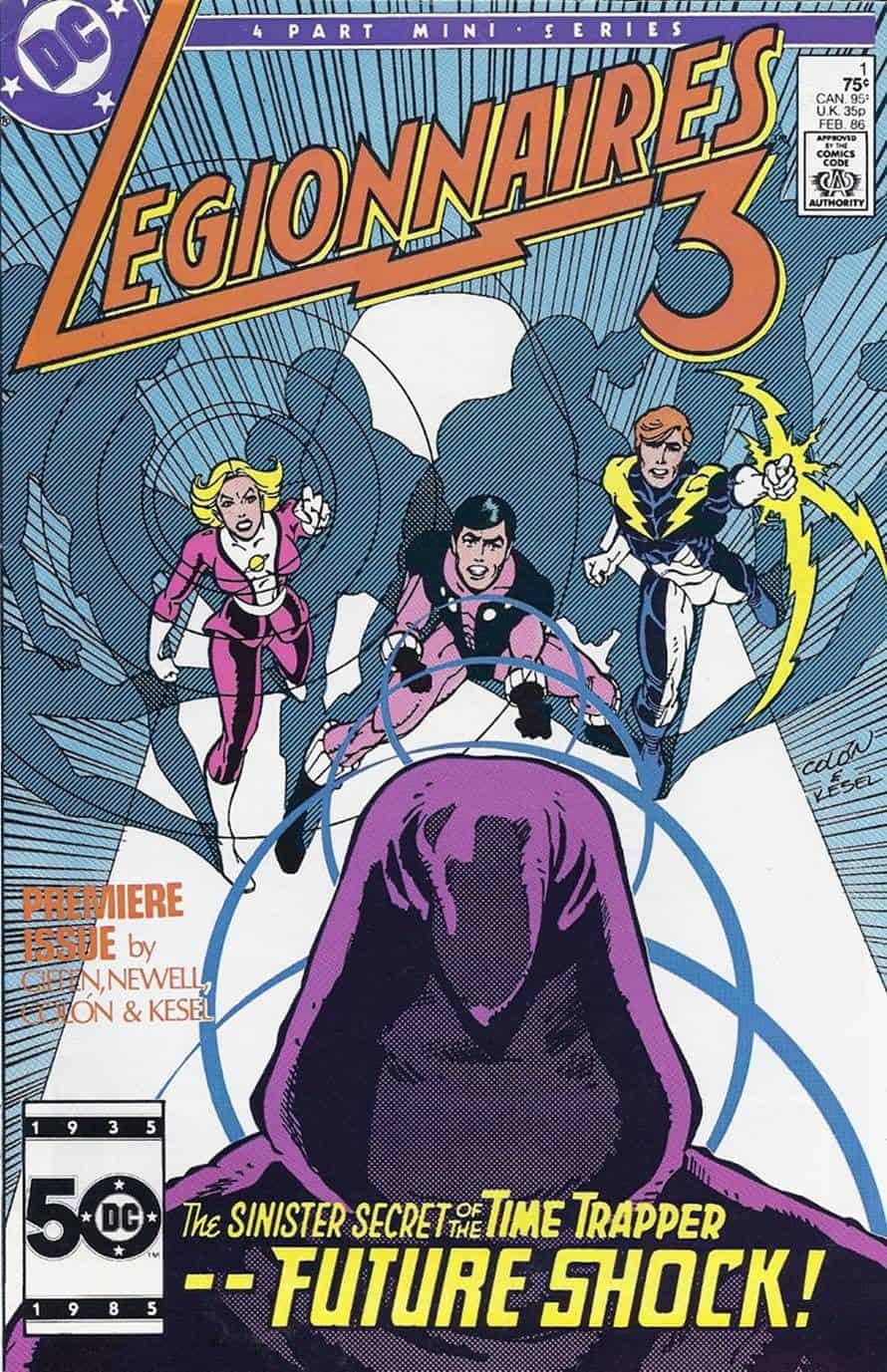 Plotted and designed by Keith Giffen

Spoilers (from thirty-three years ago)

Saturn Girl and Lightning Lad had expressed an interest in raising their infant, Graym, while Cosmic Boy had intended to go on vacation with Night Girl.  Both Imra and Rokk had made references to their plans, which seemed to involve being inspirations to the Legion. We know that Imra had insisted on Sensor Girl’s inclusion on the team, and that Rokk had spent months talking about doing something, but it was always vague.  Garth, in contrast, just seemed to follow along happily.

I only had two issues in this series, and am not sure that I ever knew where they stood in relation to the main series’s continuity.  I also thought that it was weird that a miniseries with the number three in the title should be four issues, but now I wonder if that just says something about my level of suggestibility.

Anyway, I don’t remember anything about this comic, except that I’d partly always dismissed this because I’ve never been all that fond of Imra or Garth.  Rokk, on the other hand, I always thought of as a cool character, and I like his partner, Night Girl too. I know that this series is about the Time Trapper, and I’m curious to experience it now, within the context of the main series, which I’m also currently re-reading.  Let’s see if it’s any good! 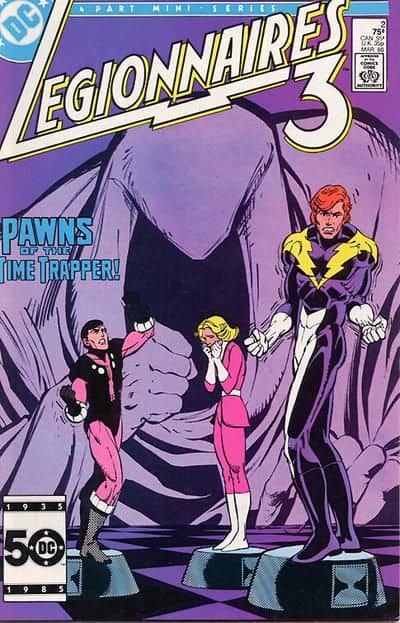 I don’t know, this series started out quite well, but the last issue really fizzled out for me.  It seems like the Time Trapper, who has a pretty impressive, if vague, powerset, wouldn’t need to go to so much trouble to kidnap Garth just to mess with his head, nor would he need to capture Imra and Rokk to do it.  What information was he after, or was he just trying to see if he could break Lightning Lad for the sake of doing it?

Most importantly, what happened to his Major Domo Otok?  And likewise, what about the fact that Lightning Lass was worried about her brother?  These were the only sub-plots in the series, and they both just disappeared at the end. 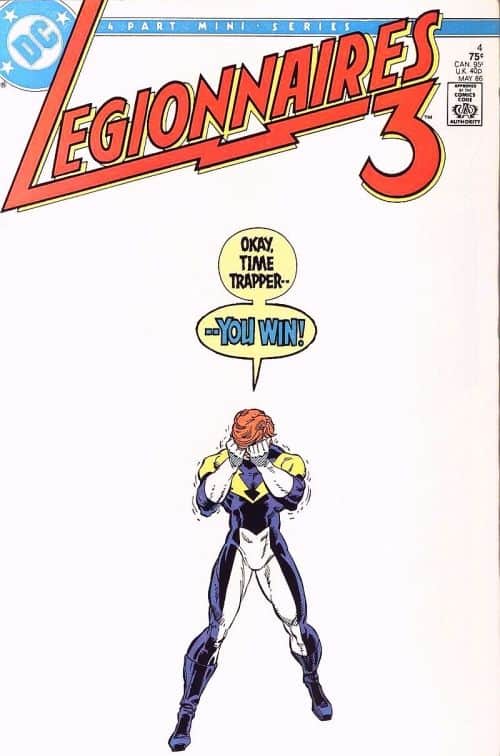 The beginning of this title was exciting, but Giffen and Newell just couldn’t keep the momentum going, which was unfortunate.  These Legionnaires, despite being the founding members of the team, had not been receiving much story space, so it was nice to see them get some screen time, but not much was done to build their characters.  I’ve always liked Cosmic Boy, but he’s definitely second fiddle in here, and Saturn Girl comes off as a weaker character.

I’d expected that somewhere along the way, Giffen would have had the Trapper bring up the other Ranzz child, who we saw back at the time of their birth was spirited away by Darkseid, but that’s not mentioned at all.

I like how Giffen establishes the Time Trapper as a greater threat to the Legion, having him kill his less effective body double at the very beginning.  Truly, the Time Trapper is the Legion’s Kang, and as such, could have been used at any point in the DC Universe’s history. I know he becomes a bigger part of the Legion’s story later on in the main title, and I’m looking forward to getting there.

It’s interesting to see the artistic collaboration between Giffen, Colón, and Kesel, but like the writing, by the fourth issue, this appears to be rushed and poorly considered.  At the beginning, I quite liked the look of Colón’s pencils over Giffen’s layouts. It gave the book a clean and forward-facing atmosphere. The last issue is more scratchy and poorly rendered.

As I’m writing this, I’m also reading the deluxe edition series, which I will be sharing my thoughts on soon, but it’s more likely that my next column will be examining the Cosmic Boy miniseries that came out during the Legends event, which was used to help clarify the post-Crisis DC situation.

This series has never been collected, so you’ll have to do some digging if you want to read it.