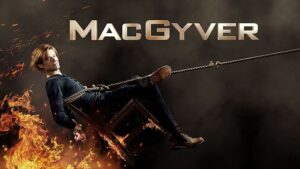 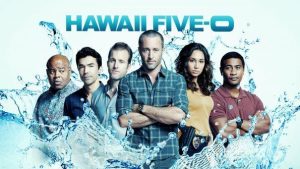 “Mac is back,” and with the expected action-packed bang, in the first promo for the return of CBS’ MacGyver. 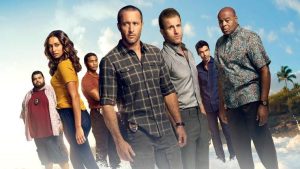 Picking up 18 months after the Phoenix Foundation was disbanded and the team members were stripped of their high-level clearances, Season 4 — premiering Friday, Feb. 7 at 8/7c, nudging Hawaii Five-0 back to its 9 pm time slot — finds MacGyver (played by Lucas Till), Riley (Tristin Mays), Desi (Levy Tran), and Bozer (Justin Hires) have all turned in their “secret agent badges” for run-of-the-mill day jobs. That ordinary existence screeches to a halt, however, when Russ Taylor (Lost‘s Henry Ian Cusick), an eccentric billionaire with a shady past, comes to them for help stopping an imminent attack.

Reading in Matty (Meredith Eaton) and together realizing they must get back in the game without the resources of Phoenix, the reassembled team is put on the trail of a centuries-old apocalyptic conspiracy that is determined to save humanity from itself.

As noted above, Cusick has joined the [MacGyver] Season 4 cast in the series regular role of Russ, a handsome and quick-witted ex-military man and master manipulator who is skilled in propaganda and lie detection, and boasts an extremely high emotional intelligence. He is also very wealthy, and thus is used to both getting his way and enjoying the spoils of war — including expensive suits, fast cars, private jets and a house in Monte Carlo.

Cusick’s addition to the cast came on the heels of Levy Tran being promoted to series regular for Season 4, as Desi.

CBS’ Magnum P.I., which is currently airing its sophomore run on Fridays, will return in the spring after MacGyver concludes its run.

CBS has their Lenkov Fridays in 2020!