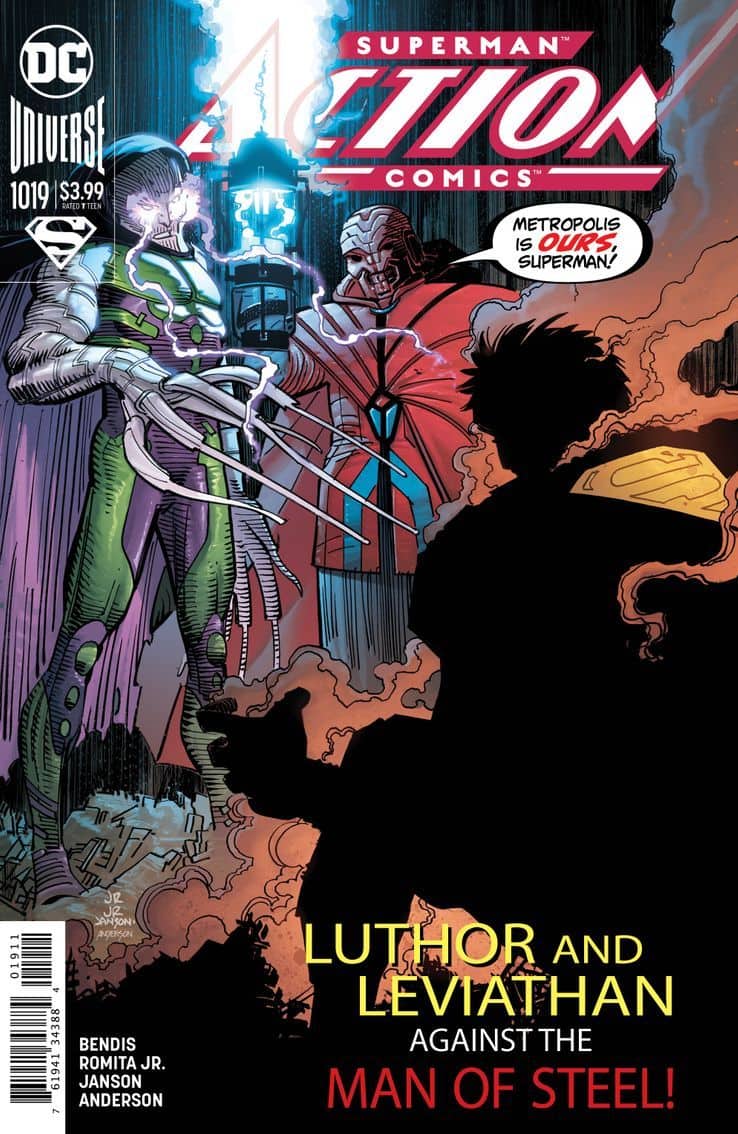 Plus Red Cloud Vs. Superman?! 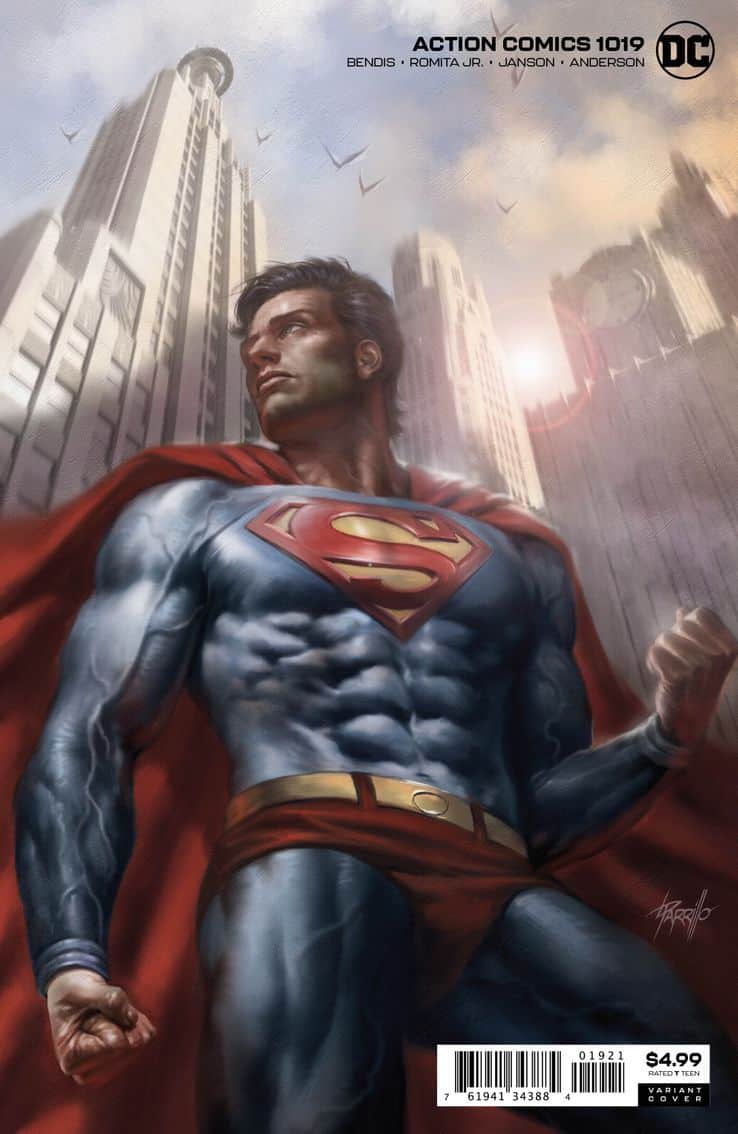 We start in the past as the Legion of Doom contemplate Leviathan secret identity being revealed publicly. 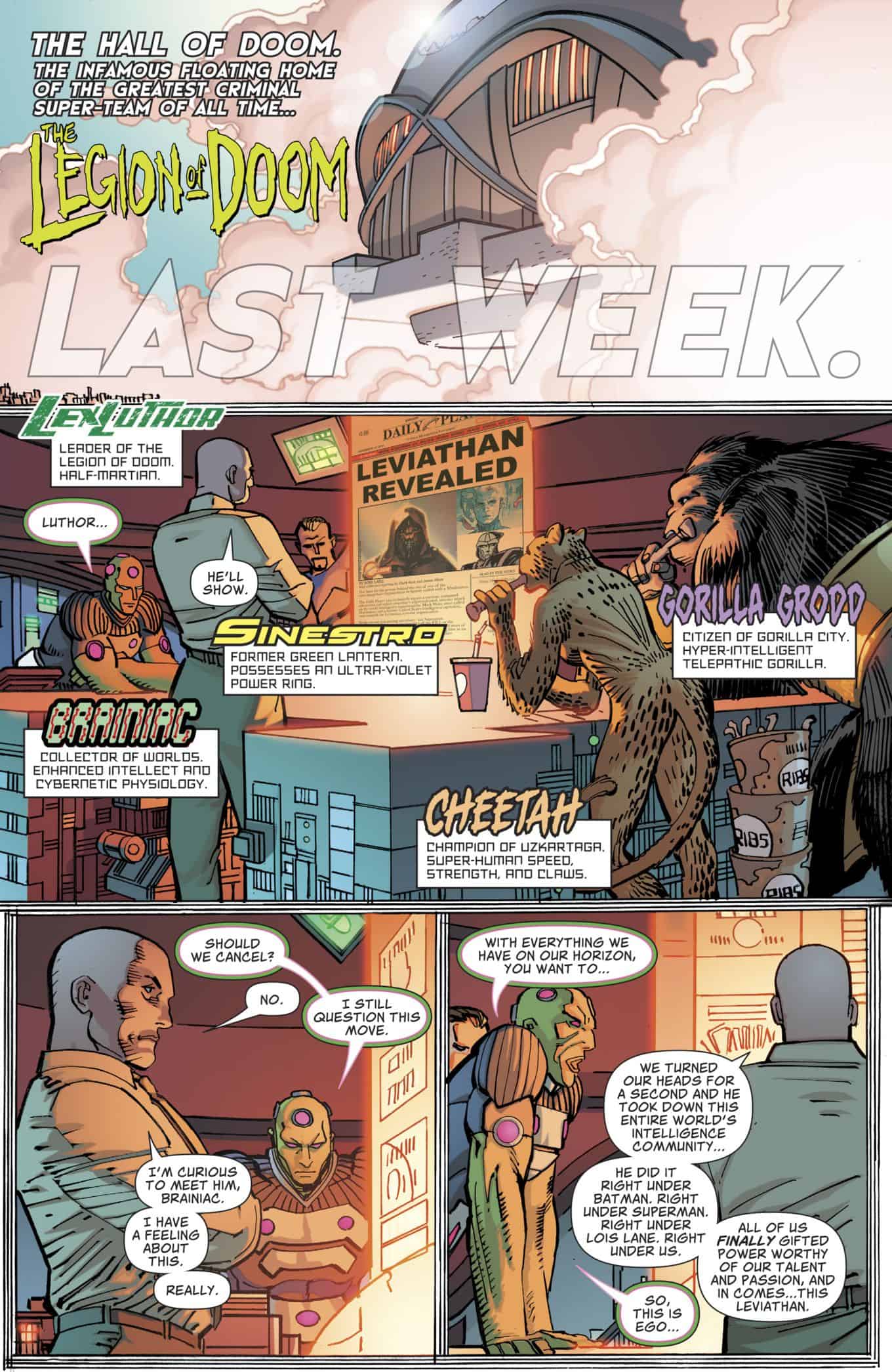 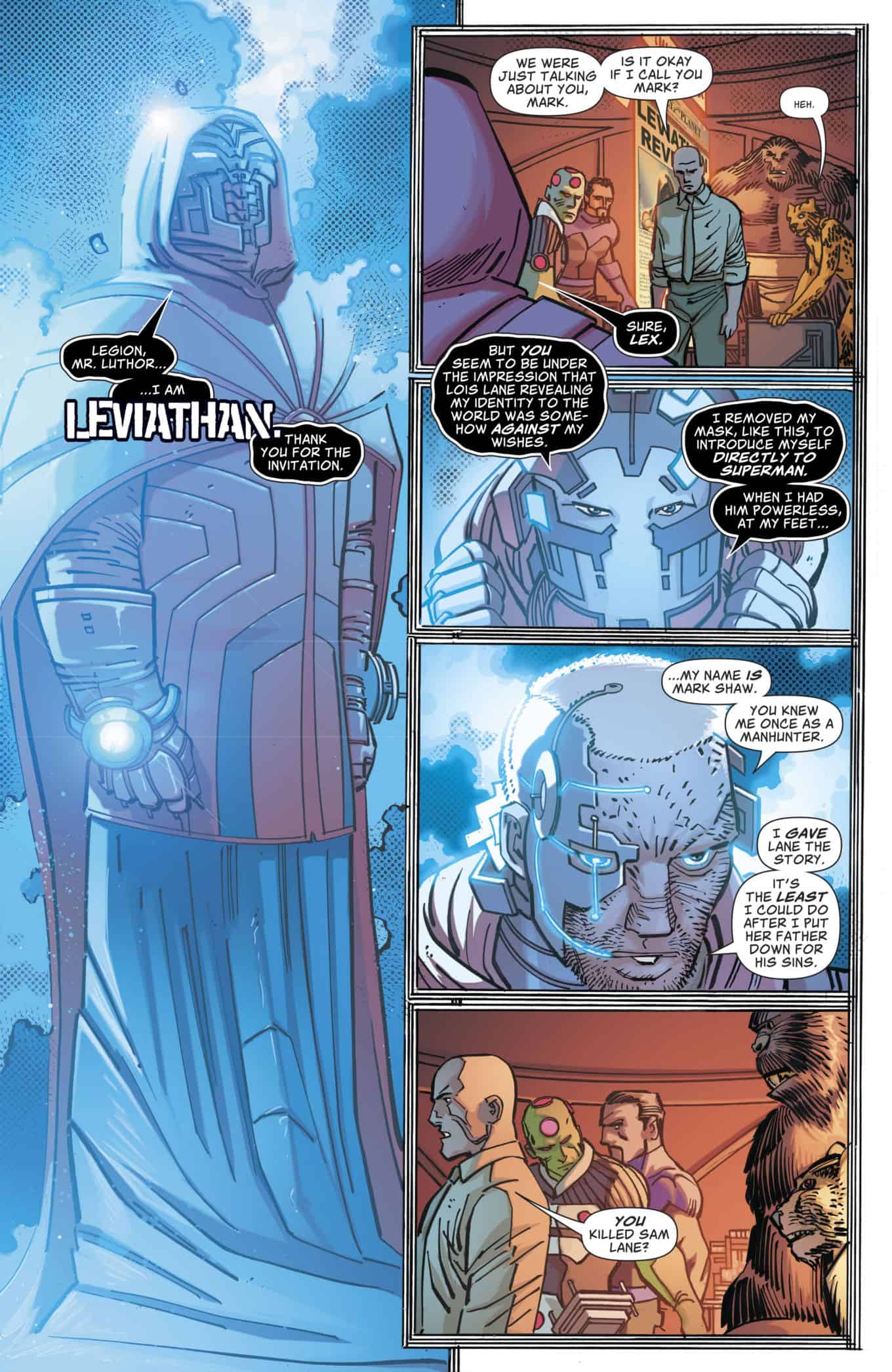 …passes their test, laments the current state of society and that Justice League protects, before… 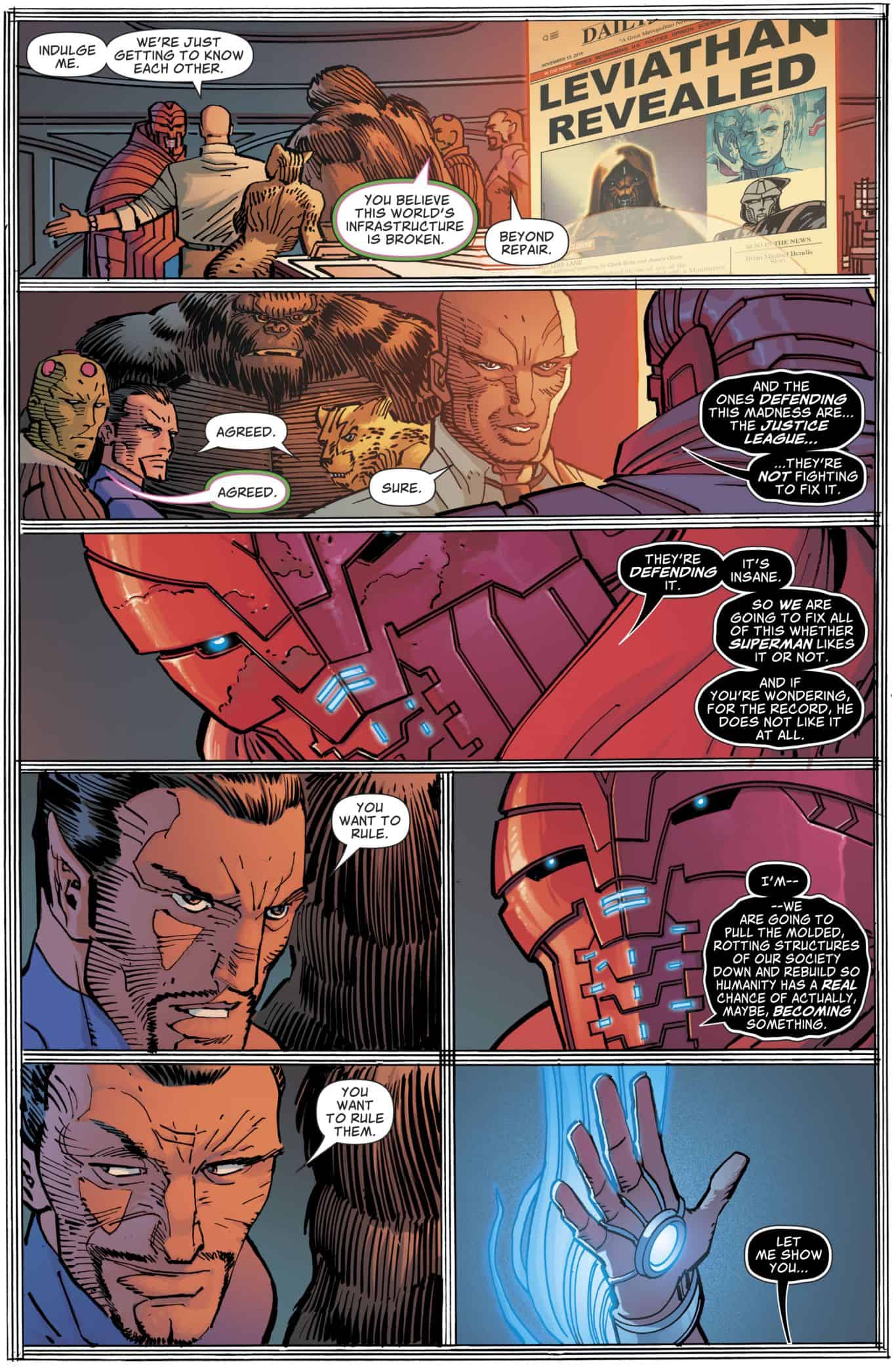 …teleporting them to a high-tech Leviathan Island! 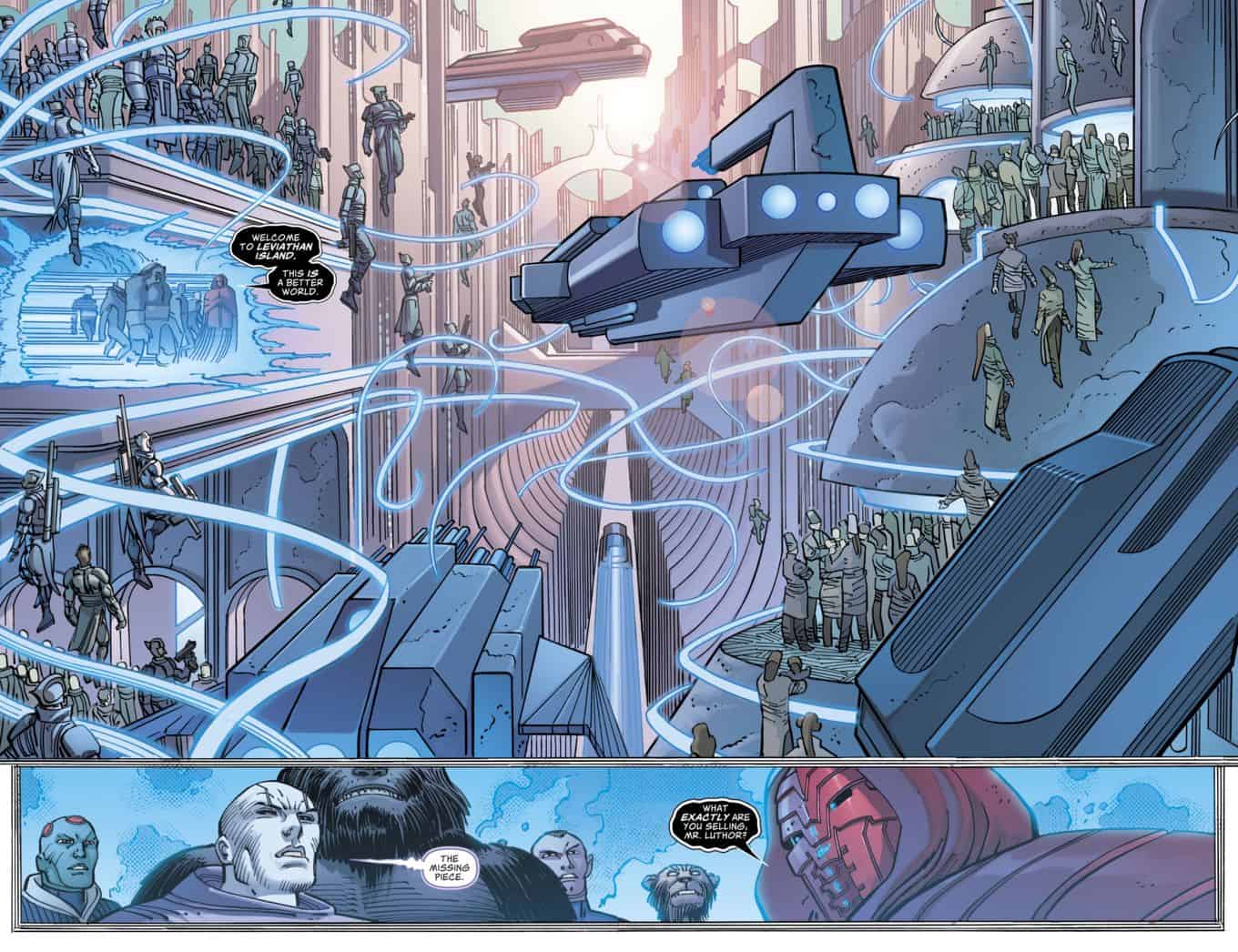 We then move to the present, where the Legion of Doom is battling Superman and the Justice league. 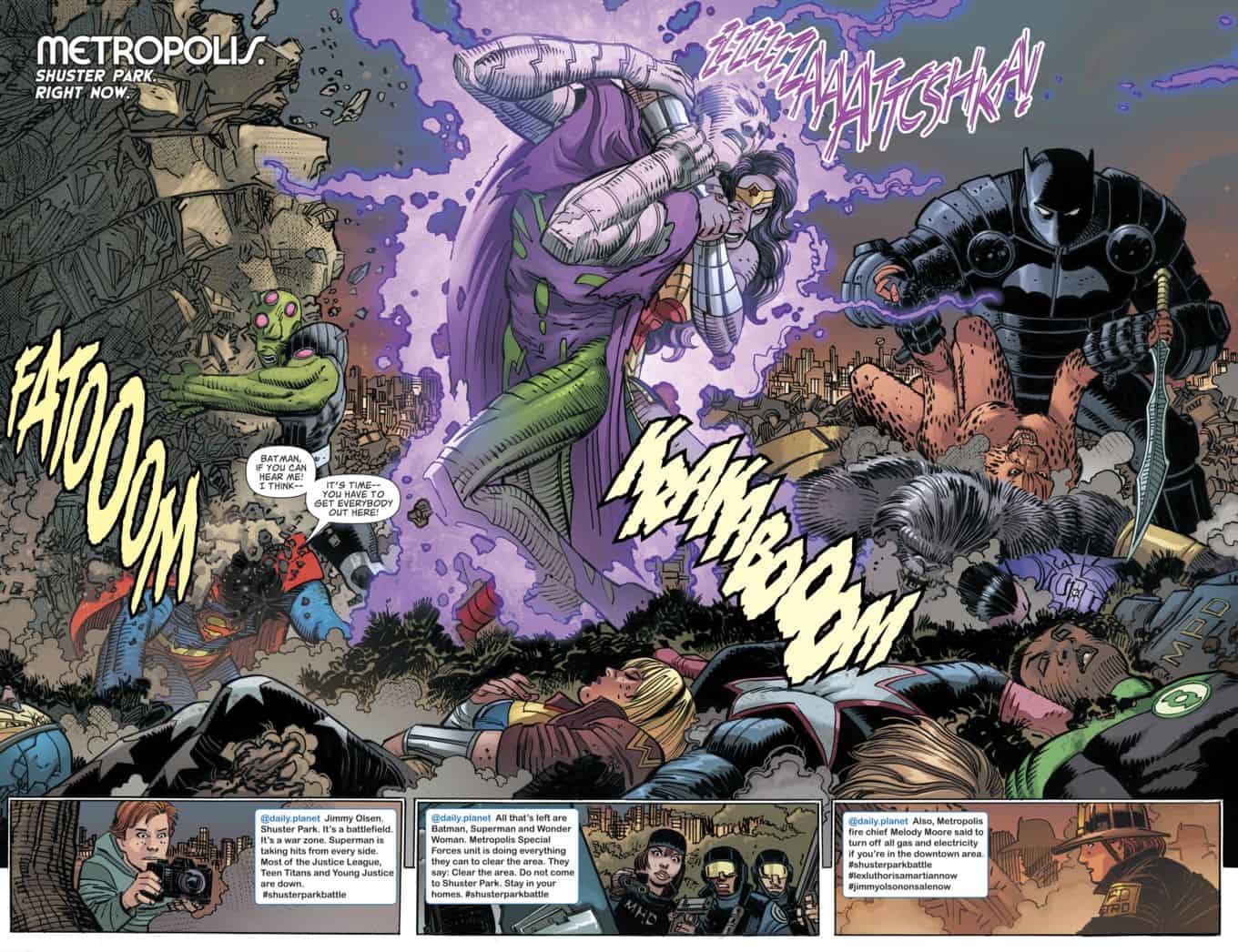 We then pop in the past again, this time only one day behind, and see Lex Luthor and Lebviathan reveal themselves to Red Cloud… 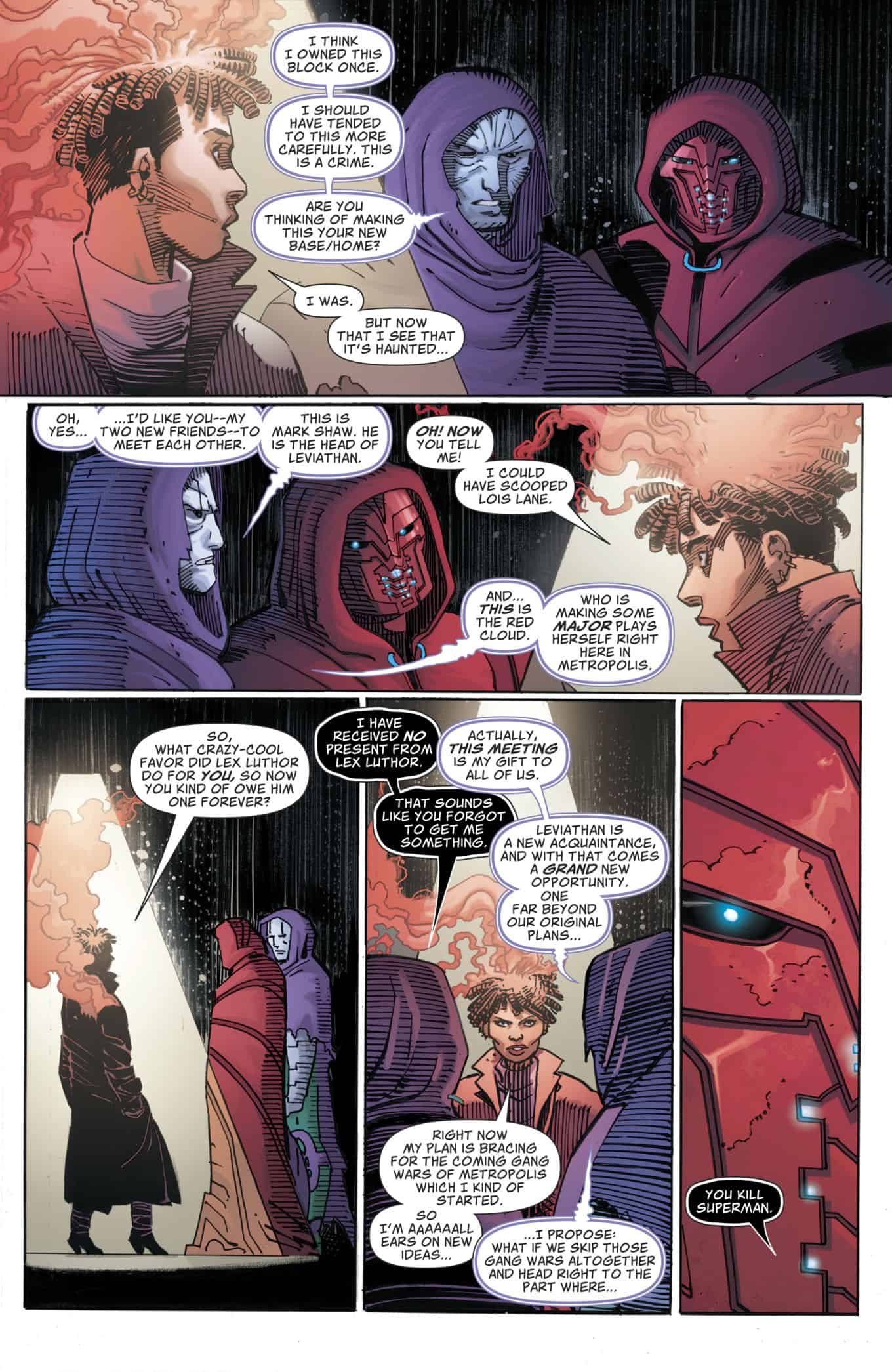 …conscripting her in modern day to try to kill Superman as… 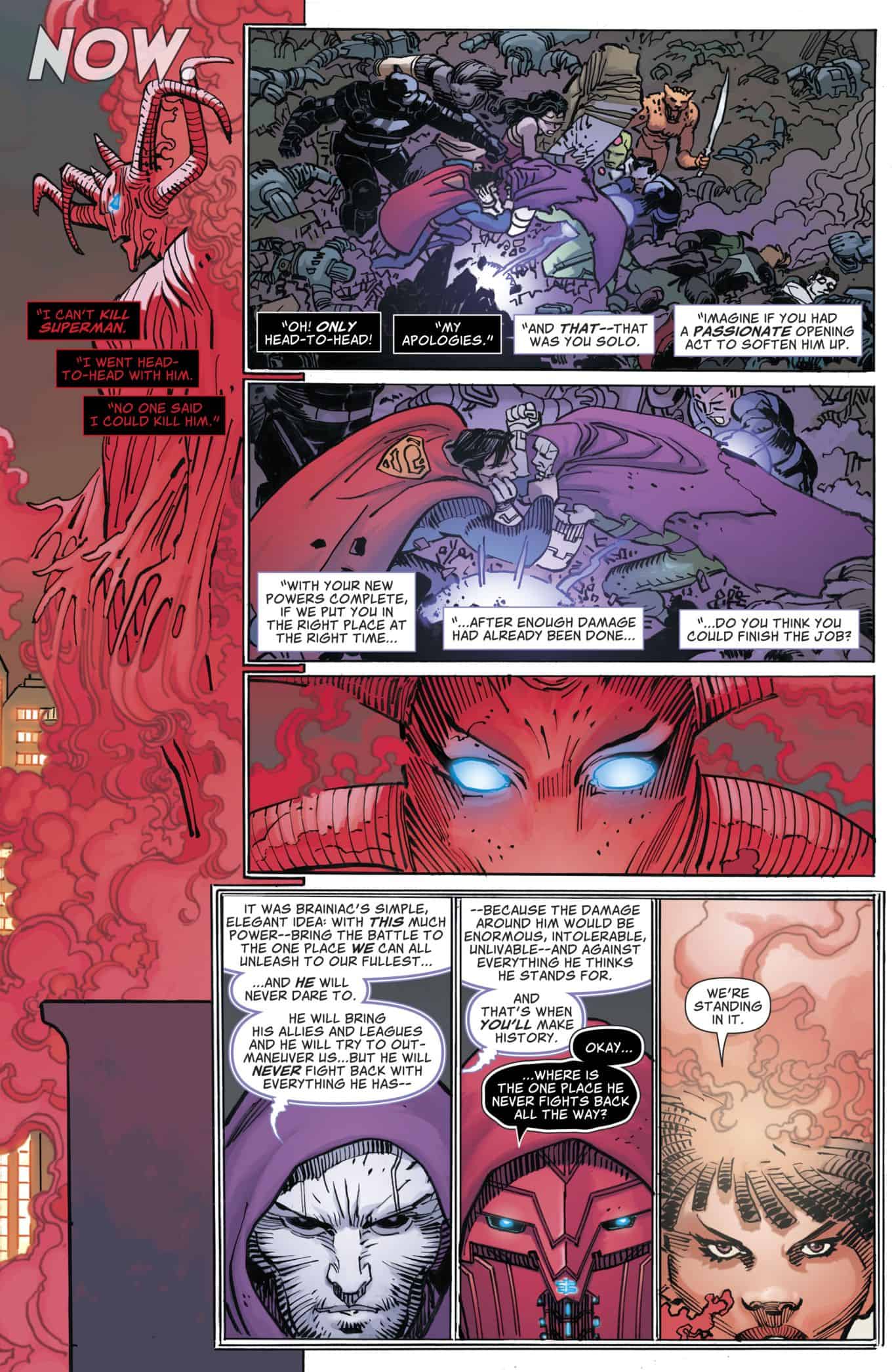 …Metropolis is in ruins over the Legion of Doom cs. Justice League slugfest. 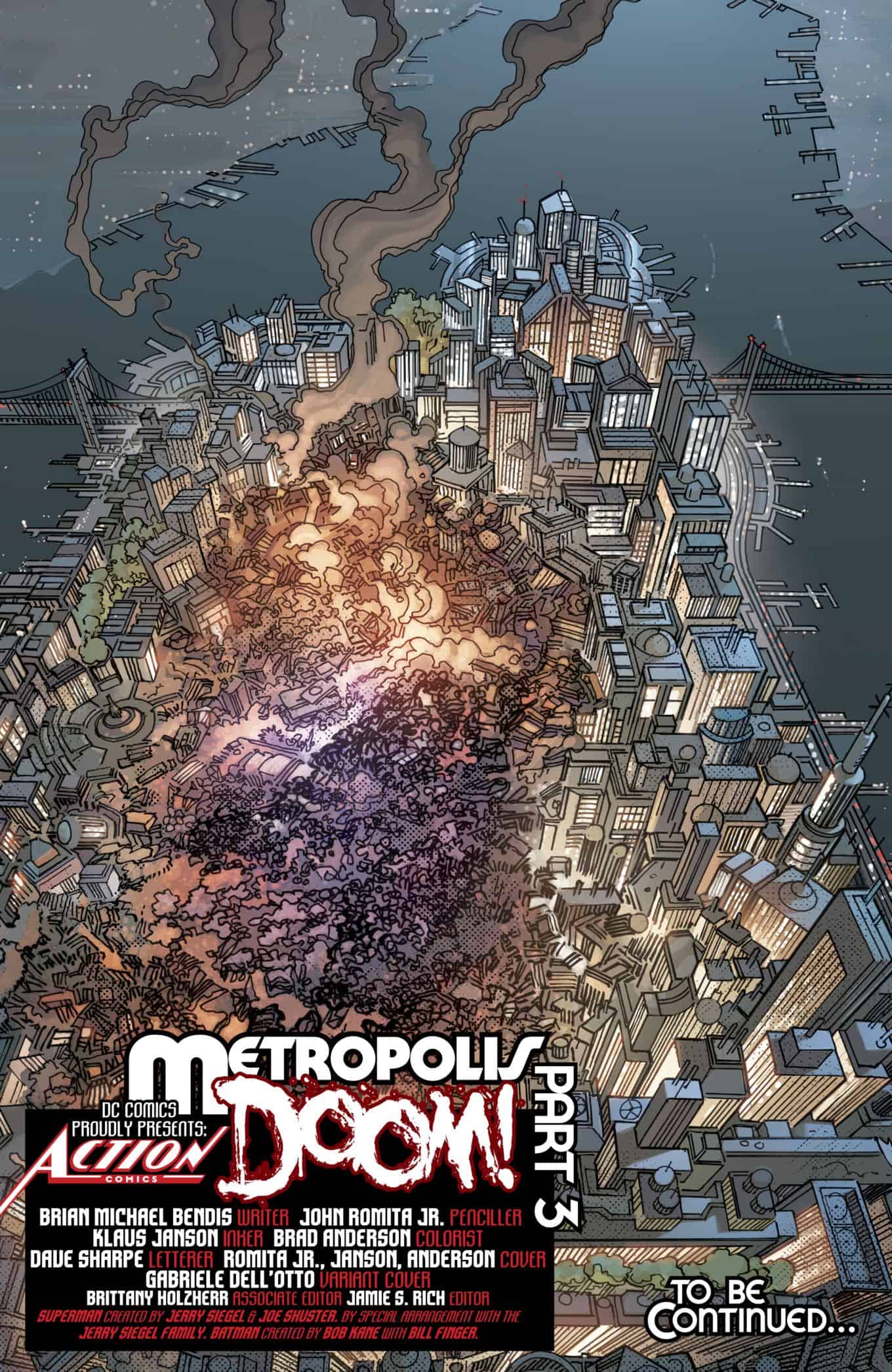 Well, looks like Leviathan and Legion of Doom partnership doesn’t last of the cover to Action Comics #1020 is a harbinger of things to come.

An action-packed issue with lots of drama and plot progression. Too much dialogue, but an overall intriguing story. Decent art. 7 out of 10.