Creator and Long-Time Host Of Inside The Actors Studio James Lipton Passes Away At 93! RIP. 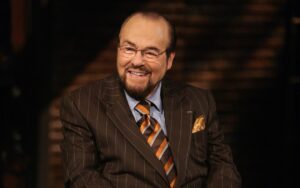 James Lipton, Creator and Host of ‘Inside the Actors Studio,’ Dies at 93

Before he hosted the long-running Bravo series, Lipton played the Lone Ranger’s nephew on the radio and wrote TV scripts and Broadway lyrics.

James Lipton, the elegant, articulate wordsmith and theater academic whose desire to give his acting students a greater insight into their art led to the popular Bravo series Inside the Actors Studio, has died. He was 93.
Lipton died early Monday at his home in Manhattan from bladder cancer, his wife, Kedakai Mercedes Lipton, told The Hollywood Reporter.

“He lived each day as if it were his last,” Kedakai Lipton said in a statement to THR. “His work was his passion, loved what he did and all the people he worked with. He empowered people to do their best, and hopefully his spirit, curiosity and passion will live on.”

Nearly 300 subjects, including many Oscar and Emmy winners, shared the secrets of their craft with Lipton and his audience of students before the TV cameras. The show became one of cable’s longest-running series.

“James Lipton was a titan of the film and entertainment industry and had a profound influence on so many,” Frances Berwick, president of NBCU Lifestyle Networks and home to Bravo, said Monday in a statement. “I had the pleasure of working with Jim for 20 years on Bravo’s first original series, his pride and joy Inside the Actors Studio. We all enjoyed and respected his fierce passion, contributions to the craft, comprehensive research and his ability to bring the most intimate interviews ever conducted with A-list actors across generations. Bravo and NBCUniversal send our deepest condolences to Jim’s wife, Kedakai, and all of his family.”

As Lipton told THR’s Scott Feinberg in June 2016: “If you had put a gun to my head and said, ‘I will pull the trigger unless you predict that in 23 years, Inside the Actors Studio will be viewed in 94 million homes in America on Bravo and in 125 countries around the world, that it will have received 16 Emmy nominations, making it the fifth-most-nominated series in the history of television, that it will have received an Emmy Award for outstanding informational series and that you will have received the Critics’ Choice Award for best reality series host — predict it or die,’ I would have said, ‘Pull the trigger.'”

Lipton did all of his own research in preparation for each interview. A lover of words, he was known for his intricately crafted questions and precise manner of delivery. His style was so distinctive, it led to a number of parodies, most notably Will Ferrell’s dead-on imitation in a series of Saturday Night Live sketches.
“I love it. It’s very flattering,” Lipton said during a 2012 CNN interview. “I think he’s got me cold.”

On behalf of the InsidePulse team, I’d like to offer our condolences to the family, friends and fans of James Lipton.