From the award-winning creative team behind last year’s Event Leviathan comes the next surprising chapter in DC Comics’ deadliest saga. Leviathan has agents and acolytes all over the world-but what is the secret behind its power? The planet’s last, best hope to infiltrate Leviathan may be this motley collection of spymasters, now teamed up to try to take back the world that was stolen from under us all! Green Arrow, the Question, Talia al Ghul and other unlikely allies converge to tackle Leviathan as members of the new Checkmate-but who is the surprise hero behind this team? Big clues to the future of the DC Universe start here!

The next two issues are also solicited. 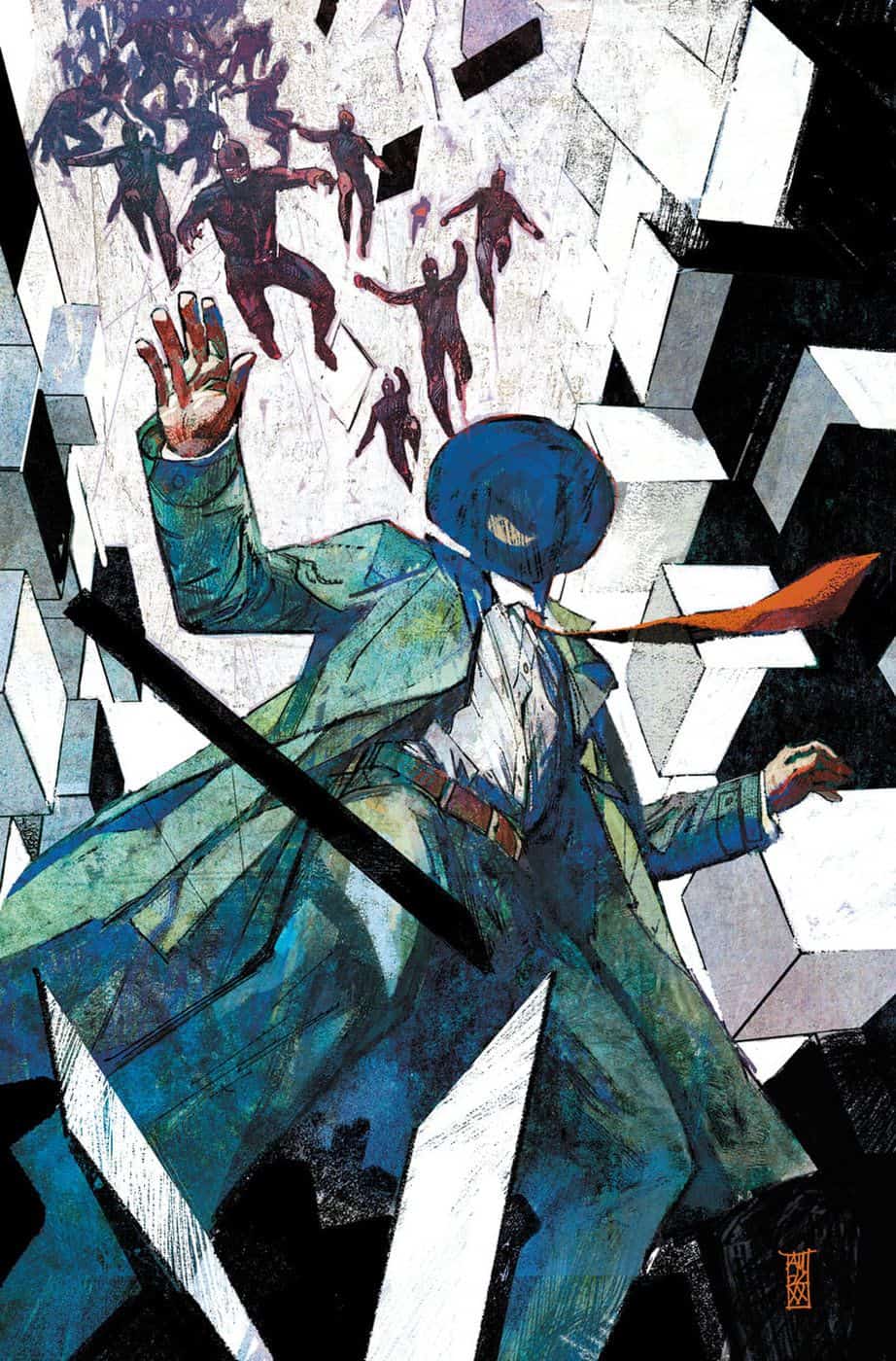 Something about Leviathan’s rise to power doesn’t make sense! How did the organization get so big-and so powerful-so fast? How did Leviathan gather so many acolytes to its cause so quickly? As Checkmate digs deeper into Leviathan’s inner workings, what they find is a mountain of lies that could impact the entire world! Checkmate’s only recourse is to infiltrate Leviathan-but once these unlikely allies-the Question, Green Arrow, Lois Lane, Manhunter, and Talia al Ghul-go undercover they are officially…not on our side. From the award winning creators that brought you last year’s potboiler Event Leviathan comes the next surprising chapter in DC Comics’ most dangerous saga. 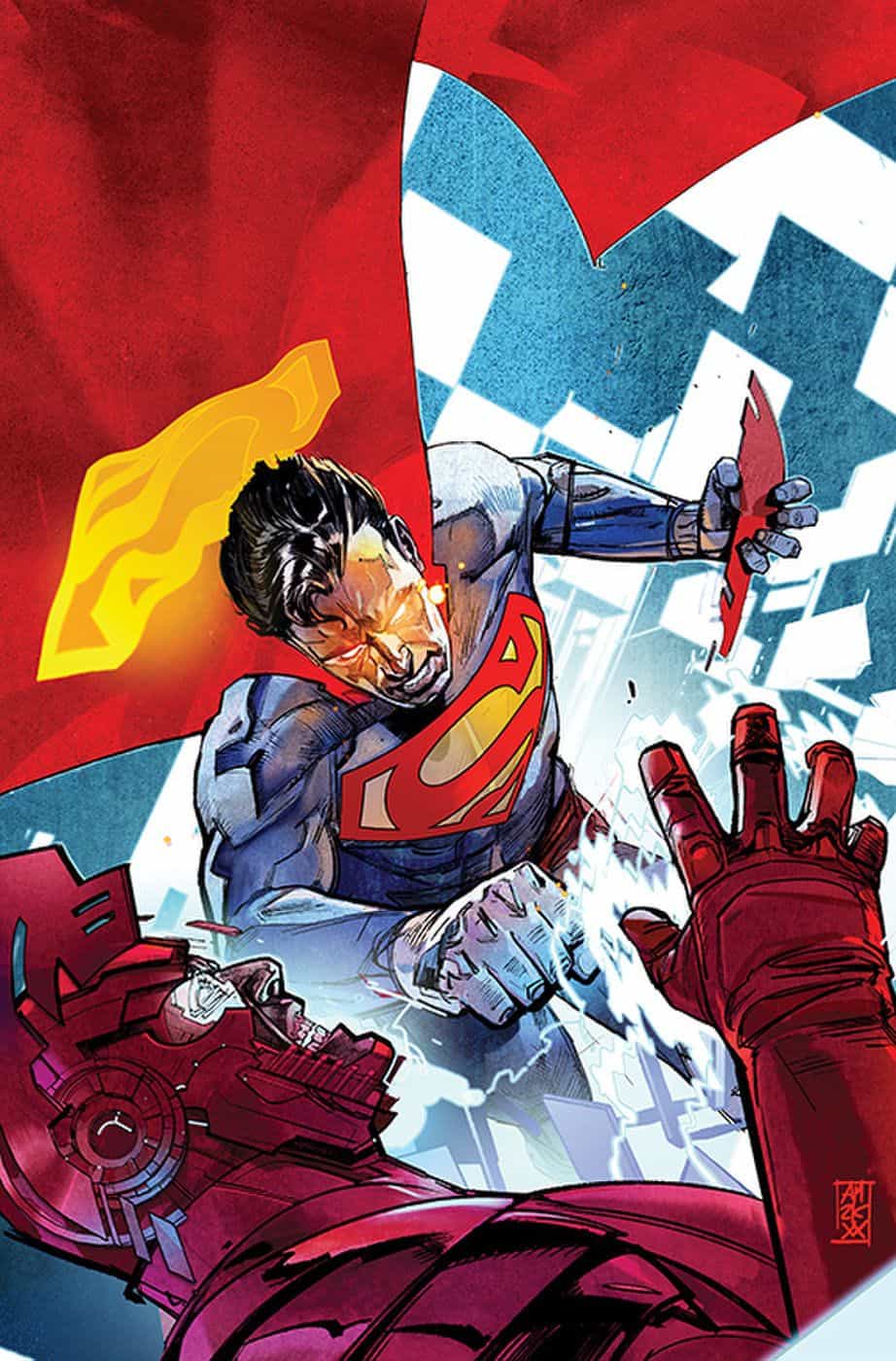 Green Arrow’s team of super-spies – including the Question, Manhunter, Lois Lane, and Talia al Ghul – has infiltrated Leviathan – and that officially makes them members of Leviathan! Along the way, they learn that one of their own is actually a secret Leviathan agent who betrayed the new Checkmate from the start! Plus, Superman flies onto the scene to shake things up even further! From the award-winning creative team that brought you last year’s Event Leviathan comes the next surprising chapter in DC’s most dangerous saga.

However, Manhunter: Secret History #1 and #2 and the whole five issue mini-series has been canceled. The first issues had been solicited as follows.

After the revelation of Leviathan’s true identity in the pages of Event Leviathan, Kate Spencer—an earlier Manhunter—must go on a quest to uncover just how deep Leviathan’s plans go. What Kate didn’t expect is a conspiracy that goes back to the very beginnings of DC history! Unearthing the past to save the future, this is Manhunters: The Secret History! Eisner Award-winning writer Marc Andreyko returns to his classic crime-fighter in this hard-hitting miniseries that will reverberate across the DC Universe!

Kate Spencer is working to unearth the mysterious secret history of the Manhunters…but Mark Shaw and Leviathan have other ideas! Can a lone Manhunter outwit and an entire country?

However, expect to see former Manhunter Mark Shaw as he’s Leviathan now and current Manhunter Kate Spencer is a part of Checkmate so expect to see her again starting next week in that mini-series’ kick-off.