Outer Darkness/Chew #2 – Outer Darkness has been one of my favourite titles to come out of the last few years, but I didn’t have the same level of expectation for this series, crossing it over with John Layman’s other big Image book, Chew.  I should have had more faith, because this book is fantastic.  In the first issue, Tony Chew and his partner John Colby were brought into the far future to help the crew of the Charon in a bizarre diplomatic mission.  It seemed unlikely that both of these titles would exist in a shared universe, and this issue provides the explanation, which is wild and full of potential.  I love the humour of this book, as Tony and John read up on their exploits as comics characters, and poke fun at Layman and Chew artist Rob Guillory.  This issue is probably not going to make a lot of sense if you haven’t read both series, but it’s a treasure trove for those of us who have, and has me looking forward to the return of Outer Darkness, and the new Chu series, spinning out of Chew.  Great stuff. 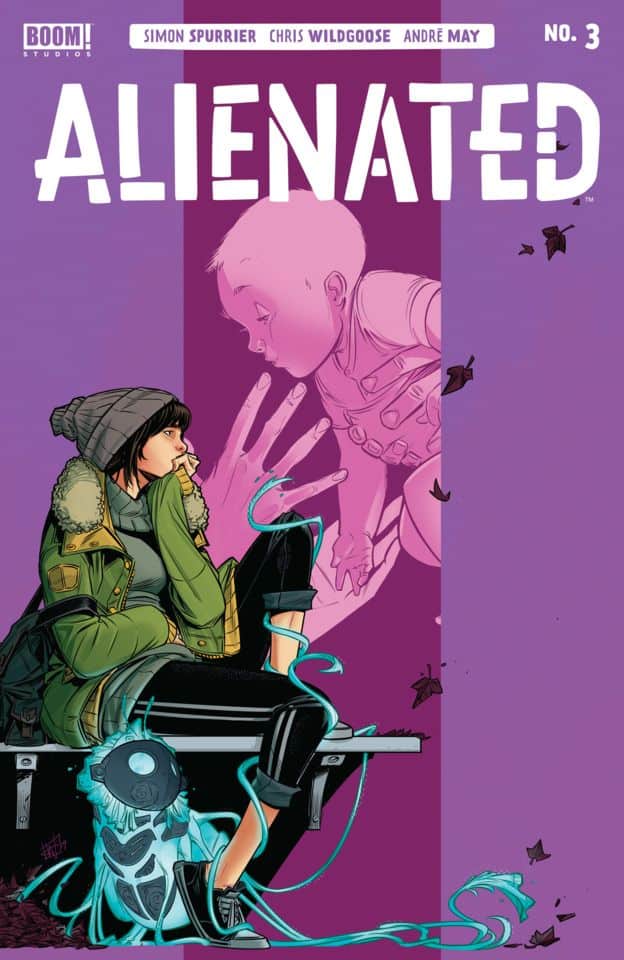 Alienated #3 – I’ve been enjoying this series by Simon Spurrier and Chris Wildgoose a great deal.  Three teens have ended up looking after an alien being who has linked them telepathically, and has murdered a local bully.  In this issue, Samantha, the only female in the group, ends up using the being to confront her ex-boyfriend about the pregnancy he abandoned her during, and how it’s impacted her life.  There’s a lot of very strong stuff in this book, and it’s handled very well.

Farmhand #15 – Rob Guillory finishes off his third arc of this series in a big way.  We learn a lot of secrets in this issue, as we see how Jedediah and Thorne broke from one another, and what impact that had on Jed’s family.  By the end of this issue, Thorne is exposed as the antagonist to the community, but it might be too late to do anything about it, especially with Ezekiel’s reaction to knowing what his father has done.  I really enjoy Farmhand, and look forward to it returning.

Marauders #10 – It feels good to return to Krakoa this week.  Emma leads a team to the Russian ship that is making anti-mutant technology, and Forge is given some space to shine.  This series has been a bit of a mess, narrative-wise, but individual issues read well.  After a long break, I’d forgotten some of the variables at play in the story, but it started to come back to me.

Rogue Planet #1 – I remembered being intrigued by the solicitation for this title, but by the time it came out, I had completely forgotten who was making it, and what it was about.  This was a good first issue in a new science fiction/horror story a little in the Aliens vein.  The crew of a scavenger space vessel discover a rogue planet giving off a signal suggesting there might be a lot of good salvage waiting for them.  They find it, but they also find alien life in a couple of forms, and this first issue generally goes poorly for them.  Cullen Bunn is a versatile writer, and does well introducing the cast and situation.  Andy MacDonald’s art is great, and I’m definitely glad I took a chance on this one.

Star Wars: Doctor Aphra #1 – I’m happy to see Aphra return to the spotlight in a new series, but was a little wary, because I wasn’t familiar with the creators.  This is a good first issue, setting Aphra up with a new team (and Black Krrsantan), a new mission, and a new nemesis.  There’s a lot of character work that still needs to be done to flesh out a lot of these new people, but they seem interesting.  While writer Alyssa Wong gets a good sense of Aphra’s general deviousness and selfishness, I didn’t get the same sense I did from Kieron Gillen and Si Spurrier’s runs with her that she’s playing a long game here.  Maybe that’s still to come, but things just generally seem a little less complex than earlier portrayals of the character.  Marika Cresta’s art is lovely, and suits the book well.  I’ll definitely give this an arc or two to iron out any issues. 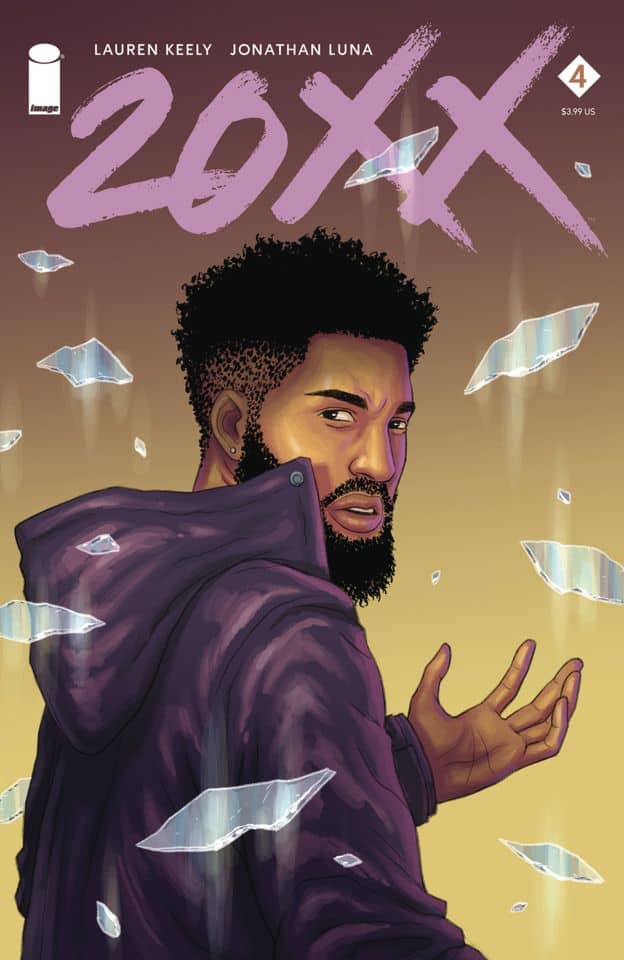 20XX #4 – Previously, I was complaining that this title was a little too wordy, and while I still feel that way, it’s a good way to stretch out a small week of comics.  Jonathan Luna and Lauren Keely have created an interesting world in this series (a virus released from permafrost grants its rare survivors with forms to telekinesis, which has been outlawed), and I’m enjoying exploring it.

Youth #3 – This issue was a little better than the last, as the group of delinquents who just got powers go looking for some money and a party.  At the core of this book is the relationship between River and his boyfriend (I don’t think his name is used in this issue), which takes a bad turn when they start to argue and both do things you can’t come back from.  The government aspect of the last issue is not in this one, and way too much of the comic is given over to developing some Brinks guards’ characters.  I feel like this book needed some editing around its pacing, but I am enjoying it. 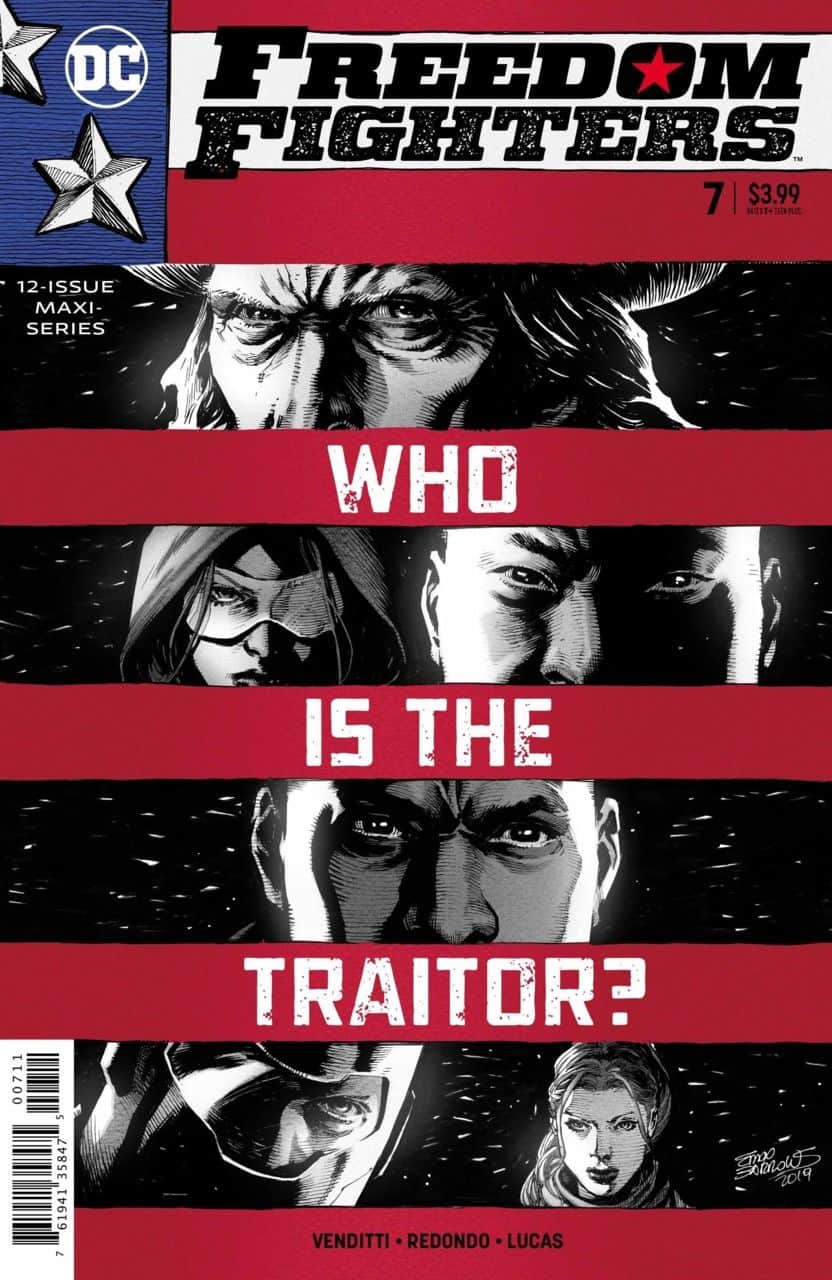 Freedom Fighters #6-11 – DC inexplicably puts out books like this all time, and while this is a decent reimagining of the classic characters from the world where the Nazis won the Second World War, I’m not sure why it was published now.  I did enjoy these issues, by Robert Venditti, and mostly Eddy Barrows.  It’s weird to me that Nazis are referred to as Ratzis throughout, even in circumstances where someone wouldn’t be making a joke like that, although it’s even weirder that Adolf Hitler’s grandchild refers to his father as “Daddy” throughout, making me cringe.

Marvel #1 – I’ve seen this series in Marvel’s Previews solicitations, but had no idea what it was.  It looks like Alex Ross is curating an anthology series, and providing an uninteresting framing sequence.  There’s a Spider-Man story by Frank Espinosa, who I remember from his Rocketo series, that is entertaining, and a Kurt Busiek/Steve Rude Avengers Vs. The Hulk story that is a Kirby homage.  It’s alright for that kind of thing, but not my preference.

The Quantum Age #6 – It took me a long time to get the last issue of Jeff Lemire’s future Black Hammer spin off series, and then even longer to get around to reading it, with the effect being that I don’t really know what is going on in this book.  I find that the solution that the heroes propose for their problem is kind of dumb, because they might have been more effective had they sprung their plan on their villain, instead of his victims.  It’s whatever; I see that Lemire is now focusing more on different aspects of the Black Hammerverse, and I range from excitement to mild curiosity about his different offerings.

Spider-Man Noir #1 – This is the first I’ve read a Spider-Man Noir comic (I got some freebies when I made my first pick-up at my LCS), and while I love Juan Ferreyra’s art, I wasn’t terribly impressed with this.  Writer Margaret Stohl relies on a lot of hardboiled tropes, which I guess is the appeal of the character for some, but it all felt a little too easy to me, and I didn’t come away invested in the story.

Sub-Mariner: Marvels Snapshots #1 – I’ve always loved the Golden Age characters at both Marvel and DC, so was happy to dig into this one-off by Alan Brennert and Jerry Ordway showing how Namor was struggling after the end of the Second World War.  The story is told from the point of view of Betty Dean, Namor’s girlfriend, and gives a nuanced look at how trauma affected many soldiers.  Ordway’s pencils look the same as they did when I was a kid, which is impressive.

Vampire State Building #1 – This is an odd one.  VSB is a European book resized for North American comics, and features art by Charlie Adlard (whose work I’ve missed, post-Walking Dead).  There’s a vampire infestation in the Empire State Building, and a variety of characters have to deal with that.  It’s an effective opening issue, and had me curious to read the rest of the story. 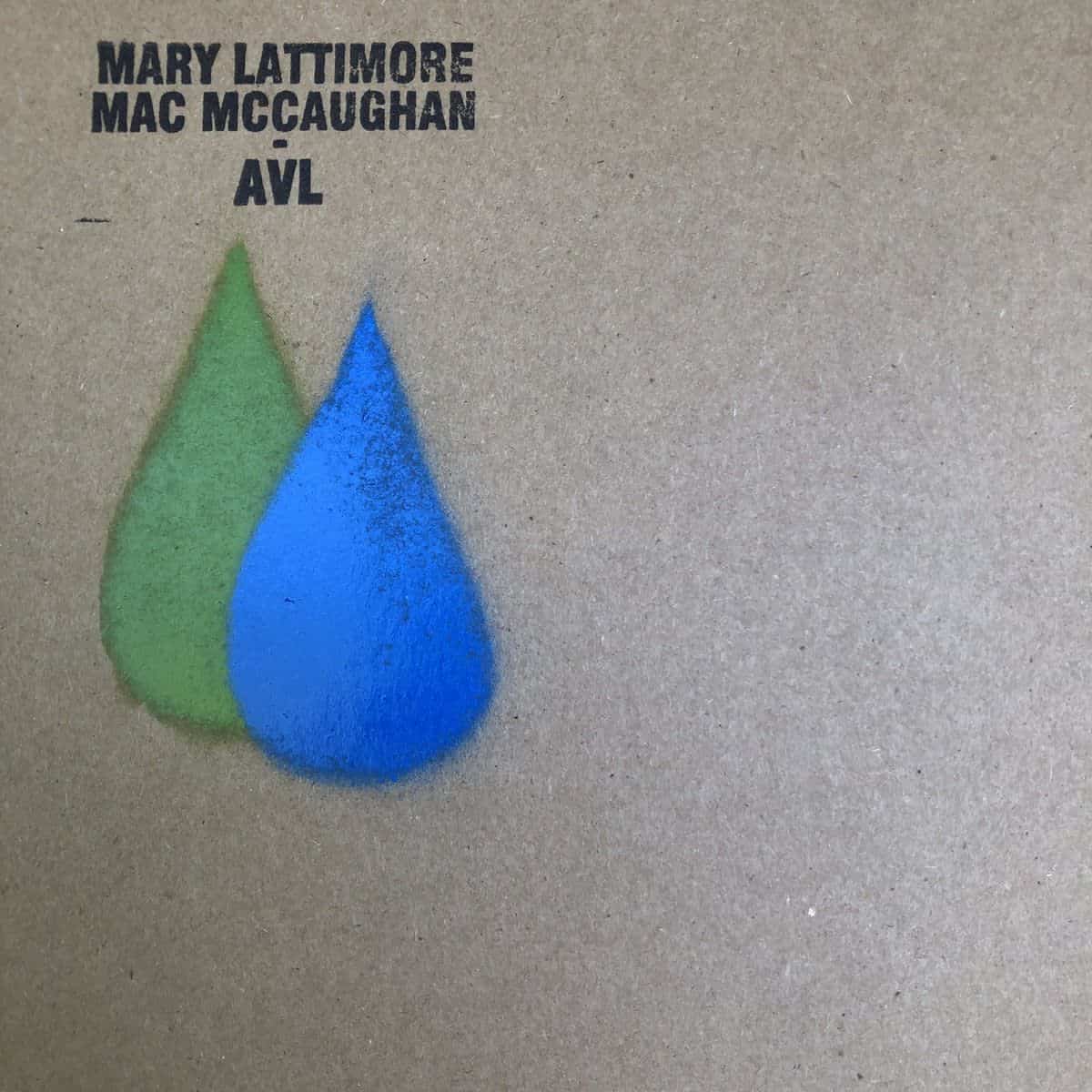 Mary Lattimore & Marc McCaughan – AVL – I love Mary Lattimore’s harp music, which is paired with Marc McCaughan’s synthesizers on this lovely, peaceful release.  If life is stressful, this is a album to put on and let it wash away.

Conway the Machine – No One Mourns the Wicked – Conversely, if you are looking for some loud and ignorant hiphop, this new album from Griselda member Conway the Machine, produced by Big Ghost Ltd., should fit the bill perfectly.  2020 is the year of Griselda.

Knxwlege – 1988 – I feel like I waited a long time for this new Knxwledge album (and not just because the post took forever to bring it to me).  I didn’t love his earlier beat tapes, but after his Nx Worries project with Anderson .Paak, something seemed to click (either in his work or in me), and this collection of beats just works for me.