Well, the co-creator of Young Avengers founders’ Hulkling and Wiccan, featured in that Empyre cliffhanger, writer Allan Heinburg spoke with Marvel about that ending:

“I’m eternally grateful to writers Al Ewing and Dan Slott, artists Valerio Schiti and Marte Gracia, editor Tom Brevoort—and of course cover artist Jim Cheung—for telling Teddy’s story so gorgeously, on such an epic scale and with so much heart,” said Heinberg. “AND for inviting me and Jim to the wedding!”

Young Avengers co-creator and artist Jim Cheung has been doing the main covers for Empyre including next week’s Empyre #5 featuring the once happy now married couple. He had this to say in a statement:

“When I was first asked to design Wiccan and Hulkling for the Young Avengers, I had no inkling of the longevity they would have, or even their impact on the hearts and minds of the readers. Billy and Teddy really became fully fleshed people to me, thanks to Allan’s incredible writing, and it’s been wonderfully rewarding to follow their growth and evolution under the guidance of other creators over the years. Now that they’re taking their relationship to the next level, I can’t wait to watch where their next adventure takes them!“ 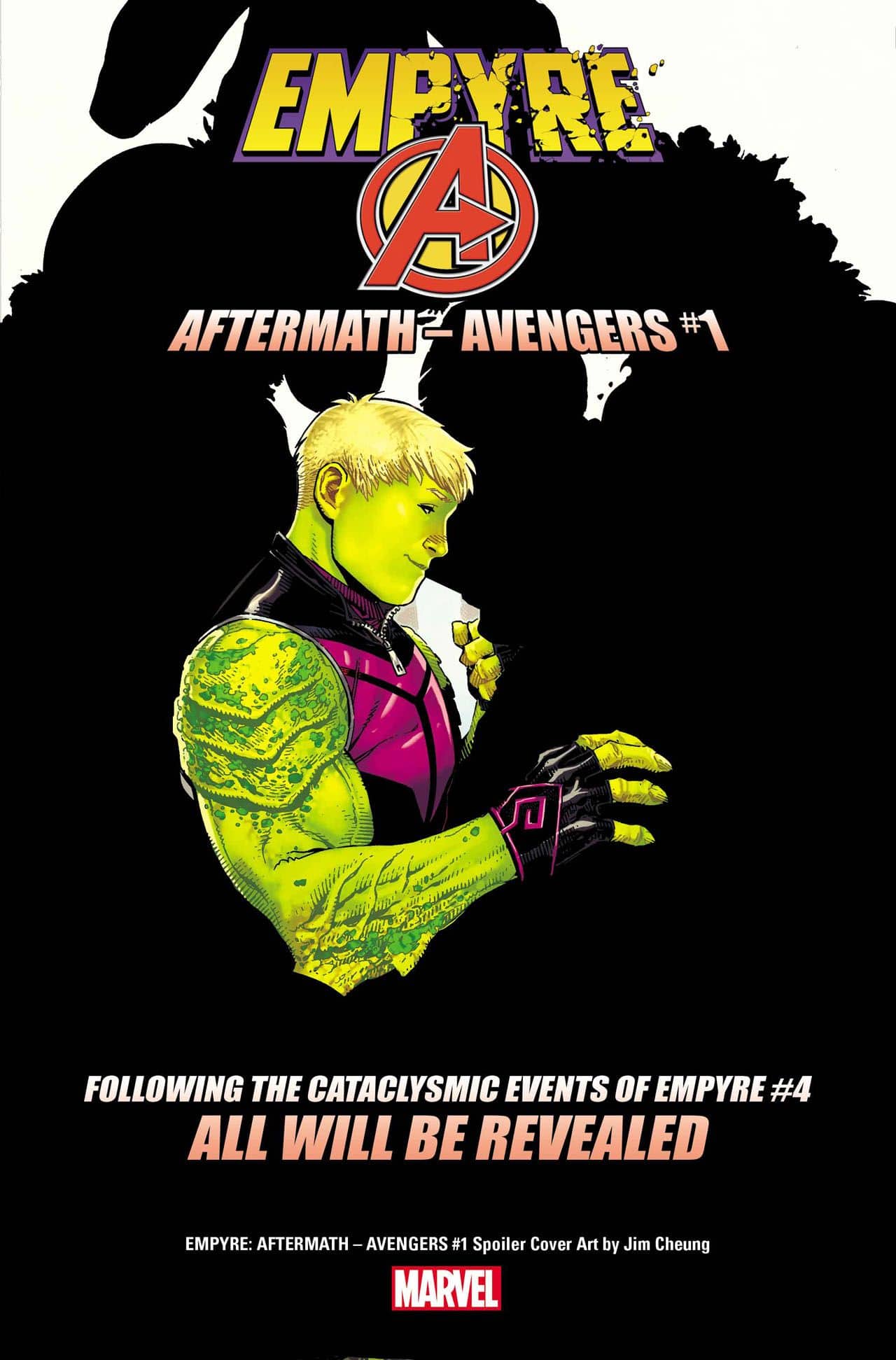