As you get prepared for this year’s Thanksgiving, Arrow Video will be providing several Blu-rays to watch while the turkey defrost. Forget the stuffing and the cranberry, you’ll be too busy getting absorbed into three fantastic titles and a boxset retrospective of a guy you’d want to have at your table instead of “that third cousin that needs to be twice removed.”

While you’re probably used to Arrow re-issuing classic cult titles, Lake Michigan Monster is a fresh catch. The comedy is about a sea captain who hires a crack crew so he can find the monster in Lake Michigan that killed his father. This is what would have happened if Chris Elliot had hired Guy Maddin to direct Cabin Boy. The black and white film is layered with more special effects than 300 and yet has a post production staff the size of the unit assigned to to lotion up the Spartans. The film is able to keep its comedic tone for the entire 79 minutes without gasping for oxygen. If you’re looking for a bizarre nautical comedy, throw out a net for Lake Michigan Monster.

Speaking of bizarre, Pulse City is a movie that came out in 1982 yet I hadn’t seen it until Arrow issued it on Blu-ray. This is a high octane into a Japanese punk universe that is as unrelenting as the soundtrack. The highlight is a battle of the band that’s no holds barred. The rapid nature of director Sogo Ishii’s vision is like get caught in the whirlwind of a mosh pit at a Ministry show. The documentary style makes you feel the violence in every frame. The film never got a proper release in America during the ’80s or ’90s. Over the course of the last four decades nobody pulled out a VHS and said, “You need to see this!” Not even at film school was this film bragged about. I’m not sure if Pulse City would have changed my life, but I know I would have been forcing people to watch it at odd hours. Even though the soundtrack is in Japanese, it’s ok since most of the actors are screaming as they get hit.

Silent Running is a little bit more sedate. Bruce Dern is on a spaceship that’s a greenhouse. When they get their final order while approaching Earth, Dern decides he’s not in favor of the mission’s termination. He mutinies along with his robot buddies. This is one of Dern’s finest performances where he’s not so slimey. Finally the month wraps up with He Came From The Swamp: The William Grefé Collection. This retrospective contains all seven films that Grefé made in Florida for the drive-ins across America. He made films about sharks, zombies and a Naked Zoo. Remember to keep your headlights off while going through the boxset.

Here’s the press release from Arrow with more details and the bonus features:

Sci Fi Classics & Indie Legends, Arrow has Plenty to be Thankful for this November

2020 has felt like it’s been two decades too long already, but it’s finally winding down with just two months remaining. Arrow plans to continue to make the best of it by releasing more top-rate Blu-rays of the finest quality. November’s lineup includes four new titles, and every last one is a must-own.

Lake Michigan Monster comes to Blu-ray on November 3. This low-budget debut from director Ryland Brickson Cole Tews is a love letter to the sci-fi creature features of the ’50s. This story about an eccentric ship captain determined to tame the beast that slew his father was shot on 16mm black-and-white film and is the stuff of Saturday matinees. Film Threat compared it to a Halloween episode of Spongebob Squarepants on drugs and said it “would make Ed Wood proud.” This Arrow release is loaded with special features including two commentaries, multiple interviews, and more.

Shockingly still relevant is 1972’s Silent Running. Director Douglas Trumbull’s post-apocalyptic tale about plant life on Earth becoming extinct releases on November 17. Starring Bruce Dern, Silent Running was hailed by the Washington Post as a “new classic of the genre,” and received 4 out of 4 stars from famed critic Roger Ebert. Silent Running comes with a new 2K transfer from the original camera negative and approved by Trumbull.

The month’s final release is He Came from the Swamp: The William Grefe Collection. Renegade filmmaker William “Wild Bill” Grefe has bravely explored the dark depths of the Florida everglades in a way few filmmakers have. This 4-disc set includes seven different films from the independent director, all of which have been restored using the best remaining film elements. With the holidays right around the corner, this box set makes the perfect gift for both Grefe fans and just those that support US independent filmmaking. 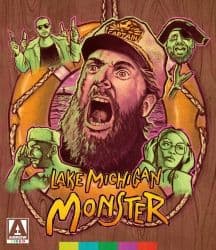 All aboard! The combined spirits of H.P. Lovecraft, early Sam Raimi and Mystery Science Theater 3000 inhabit this action-packed tale of nautical derring-do and monster mayhem – winner of the Audience Award for Best International Feature at the 2019 Fantasia Film Festival. On the shores of Lake Michigan, the eccentric Captain Seafield (Ryland Brickson Cole Tews, who also writes and directs) enlists a colourful crew of misfits in a bid to slay the hellish sea monster that prowls the murky depths. But as Seafield’s obsession with exacting revenge on the creature that killed his father threatens to consume him, can weapons expert Sean Shaughnessy (Erick West), sonar whiz Nedge Pepsi (Beulah Peters) and former N.A.V.Y. – Nautical Athletes and Adventure Yunit – officer Dick Flynn (Daniel Long) hold the show together? Shot in gloriously retro black and white on a shoestring budget, with most of the cast also performing multiple roles behind the camera, Lake Michigan Monster is an inventive, irreverent and riotously entertaining ode to the classic monster movies of yesteryear: an absurdist urban legend guaranteed to appeal to the big kid in all of us. 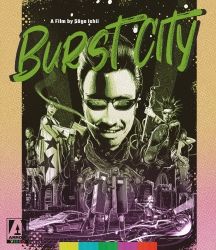 Burst City is an explosive Molotov cocktail of dystopian sci-fi, Mad Max-style biker wars against yakuza gangsters and the police, and riotous performances from members of the real-life Japanese punk bands The Stalin, The Roosters, The Rockers and INU. In a derelict industrial wasteland somewhere on the outskirts of Tokyo, two rival punk bands and their unruly mobs of fans gather for a Battle of the Bands-style protest against the construction of a nuclear powerplant, bringing them head to head with the yakuza industrialists behind the development of their turf. This extraordinary celebration of Japan’s punk music scene of the early 1980s thrust Sōgo Ishii (now known by the name of Gakuryū Ishii), the underground filmmaking wunderkind behind such works as Half Human: Einstürzende Neubauten (1986), Angel Dust (1994) and Electric Dragon 80,000V (2001), to the next level and is regularly cited as an early landmark in Japanese cyberpunk cinema. 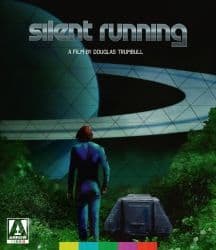 In 1968, visual effects pioneer Douglas Trumbull (The Andromeda Strain, Close Encounters of the Third Kind) contributed to the ground-breaking special photographic effects of Stanley Kubrick’s 2001: A Space Odyssey. Four years later, he stamped his own indelible mark on the science fiction genre with his mesmerising directorial debut – Silent Running. In the not-so-distant future, Earth is barren of all flora and fauna, with what remains of the planet’s former ecosystems preserved aboard a fleet of greenhouses orbiting in space. When the crews are ordered to destroy the remaining specimens, one botanist, Freeman Lowell (Bruce Dern, The ‘Burbs), rebels and flees towards Saturn in a desperate bid to preserve his own little piece of Earth that was, accompanied only by the ship’s three service robots. Featuring a captivating central performance by Dern, visual effects that rival anything in 2001 and a powerful ecological message, Silent Running is a haunting and prescient sci-fi classic that resonates even more strongly today than it did at the time of its original release. 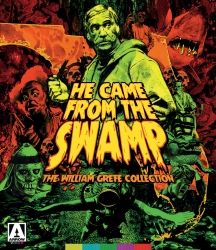 He Came From The Swamp: The William Grefé Collection
Journey into wild world of director William Grefé with a collection from the darkest depths of the Florida everglades!

Killer sharks and human jellyfish and living mummies, oh my! Arrow Video is proud to present the first ever collection of works by William “Wild Bill” Grefé, the maverick filmmaker who braved the deep, dark depths of the Florida everglades to deliver some of the most outrageous exploitation fare ever to go-go dance its way across drive-in screens. Bringing together seven of Grefé’s most outlandish features, all new to Blu-ray, He Came from the Swamp: The William Grefé Collection packs in a macabre menagerie of demented jellyfish men (Sting of Death), zombified witch doctors (Death Curse of Tartu), homicidal hippies (The Hooked Generation) and seductive matrons (The Naked Zoo) – not to mention the ubiquitous go-go dancing college kids – to create one of the most wildly entertaining box-sets of all time!