Heroes Reborn Envelopes The X-Men, But Are They Heroes Or Villains?! 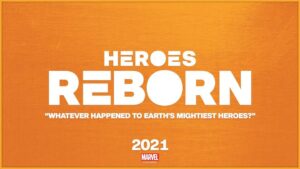 What does this era have in store for mutants? Find out in writer Steve Orlando and artist Bernard Chang’s HEROES REBORN: MAGNETO AND THE MUTANT FORCE. Years ago, Magneto and Professor X led Earth’s mutants in a final push for independence against the Squadron Supreme of America. What followed was the Squadron’s Mutant Massacre, a violent rebuttal that left mutantkind forever wounded, and Xavier dead…or so Magneto thought. Years later, Magneto discovers Xavier clinging to life in the astral plane and gathers his allies for a first-of-its-kind rescue mission to restore hope for mutantkind before it’s too late.

“I didn’t expect MAGNETO AND THE MUTANT FORCE, and those unexpected moments are where some of the most exciting stories are found,” Orlando explained to AiPT. The world of HEROES REBORN is a beautiful nod to the iconic traditions of events like AGE OF APOCALYPSE or HOUSE OF M, the very kinds of events that pulled me in from the mall hallways and guided me to the spinner rack as a kid. Jason and Ed’s world shows us just how pivotal the Avengers are by their absence, and for Magneto and his Mutant Force, the fight for mutant freedom is deadlier than ever. This one-shot is a rescue mission. The target? Hope for Mutantkind. It’s a surreal journey into the mind of Magneto, pulling together mutants from the earliest days of X-MEN and up to the present. Beware, psychic rescue in progress!”