Celebrate 30 Bloody Years of the Merc with the Mouth with ‘Deadpool: Black, White, and Blood’

Wade Wilson gets the ‘Black, White, and Blood’ treatment this August!

Just announced by Editor-in-Chief C.B. Cebulski during yesterday’s Deadpool Nerdy Thirty Virtual Event, Deadpool will be starring in a brand-new series just in time for his 30th anniversary celebration. DEADPOOL: BLACK, WHITE, AND BLOOD will be packed with Deadpool’s wildest stories to date, all depicted in a prestige black and white format—with a heavy splattering of blood all over! Each action-packed issue will have an all-star lineup of creators teaming up to honor the character’s incredible legacy with the kind of chaos and violence that Wade Wilson loves! 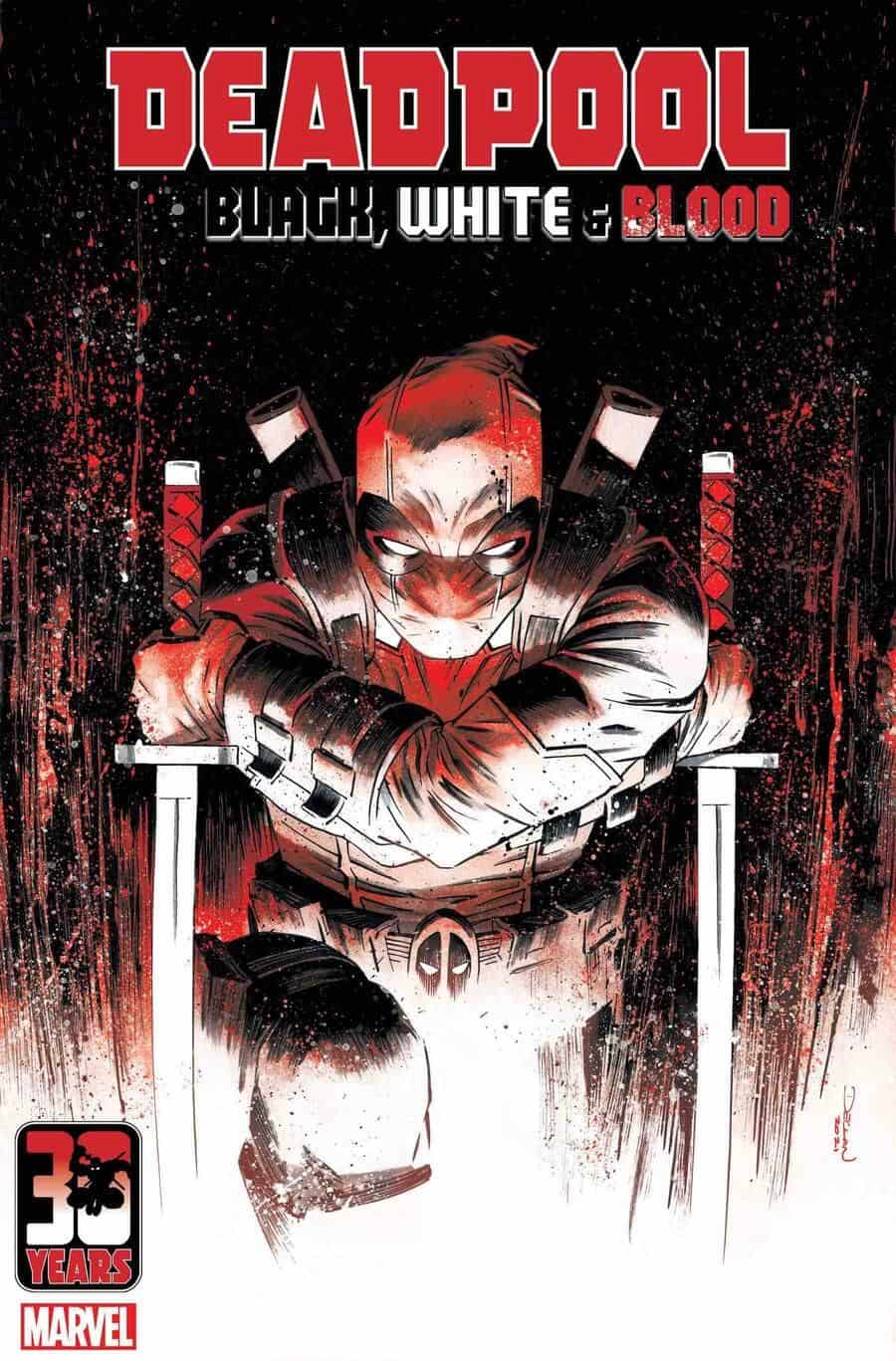 Stay tuned for more information on this exciting series coming your way in August 2021!

No word on a core new  ongoing series for the merc with a mouth.