A Team Divided, But…

The book opens with Peacemaker on a parallel mission against the Swamp Thing; a story taking place in that series.

Somehow, Talon was also greenlit to help the team despite his personal struggles.

Book ends with the Squad Squad completing their mission and even retrieving “dead” Squad member Culebra (the codename translates to “snake” in Spanish I believe).

We learn these missions have all been about Earth 3; protecting it from attacks of a metaphysical nature and the upcoming mission will protect on the physical plane.

The book ends with Peacemaker… 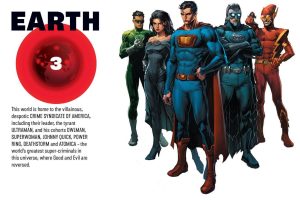 Another roller coaster and compelling issue. This series channels the OG SS from the 1980’s in a way previous incarnations have attempted to and found mixed success. In the Infinite Frontier era this book is capitalizing on knowledge of the multiverse which has naturally led to Amanda Waller’s related scheming. The Match subplot remains engaging and heart felt. Serviceable art. 8 out of 10.