Macabre To The Max! 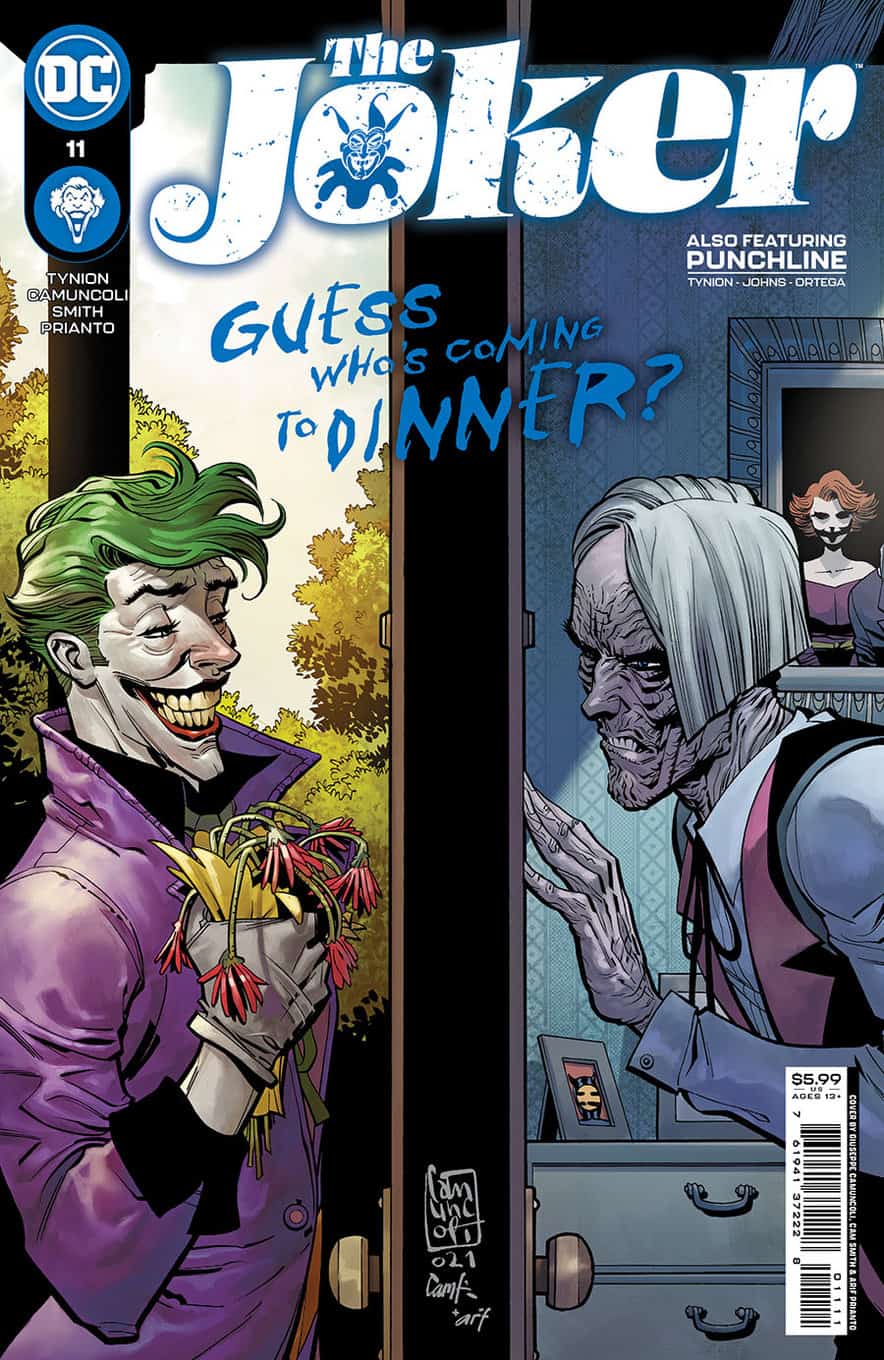 The book has a few variant covers below on top of the main cover above. 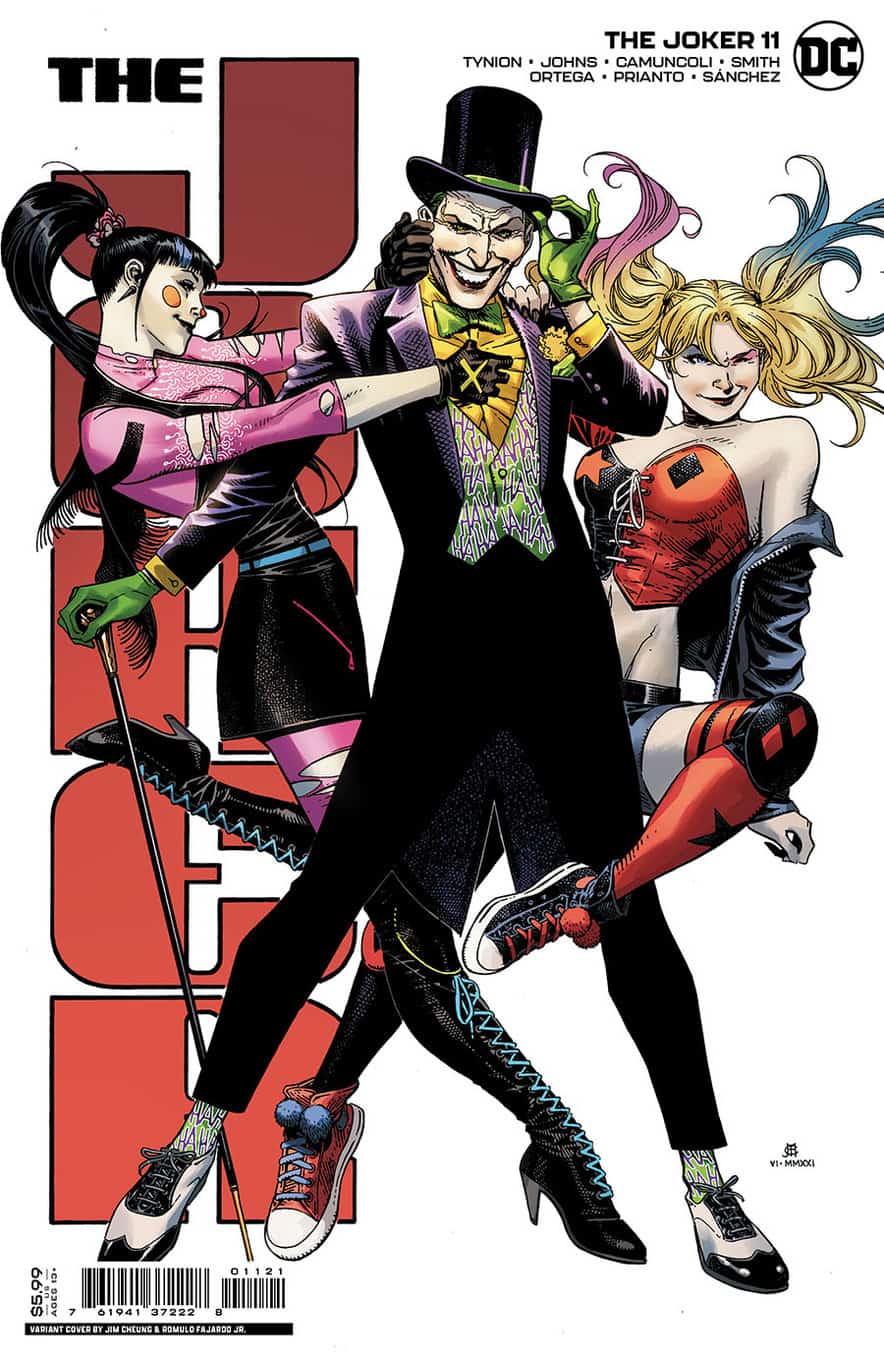 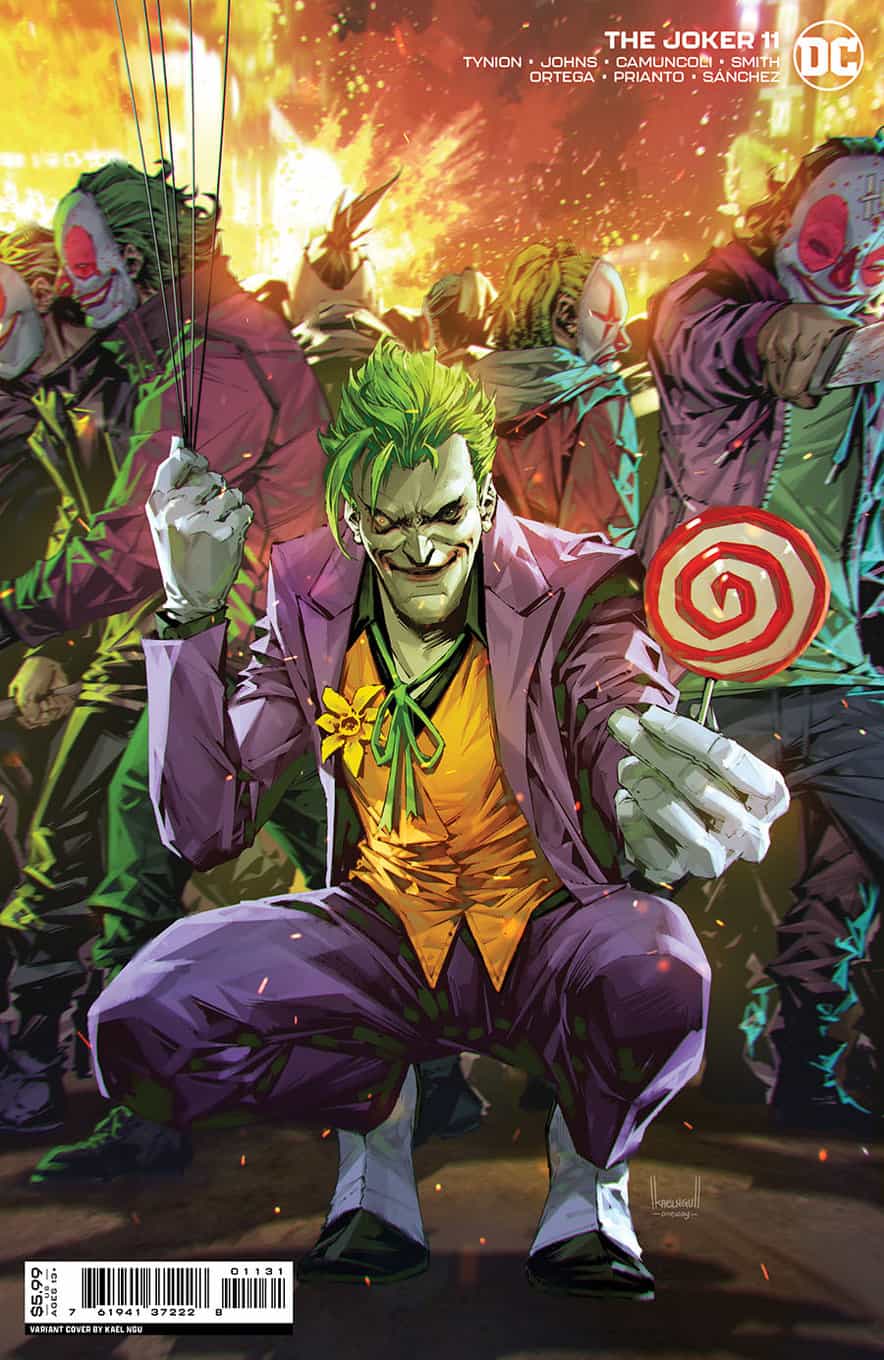 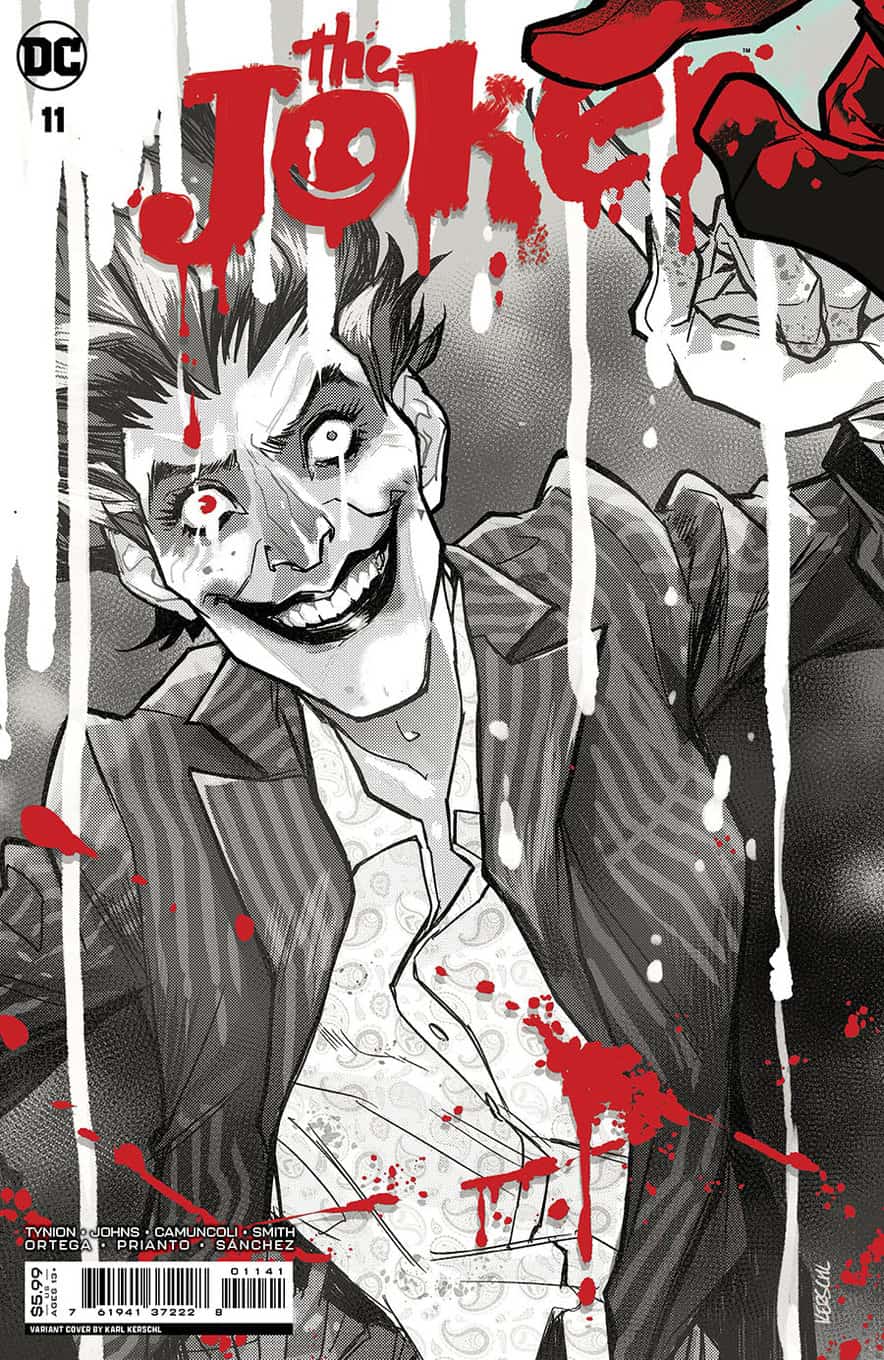 The promise of the issue as revealed in its solicitation.

The Joker is about to learn the harsh reality of the motto “Don’t Mess with Texas” as the Sampsons bring him back home to their ranch…for dinner!

PUNCHLINE BACKUP: While Harper Row has been making sure that Punchline stays behind bars, her brother, Cullen, has been getting closer to Punchline’s fans. His new boyfriend, Bluff, is hiding a wicked secret that promises to change the shape of organized crime in Gotham, and Punchline’s role, for years to come.

We open in the past with… 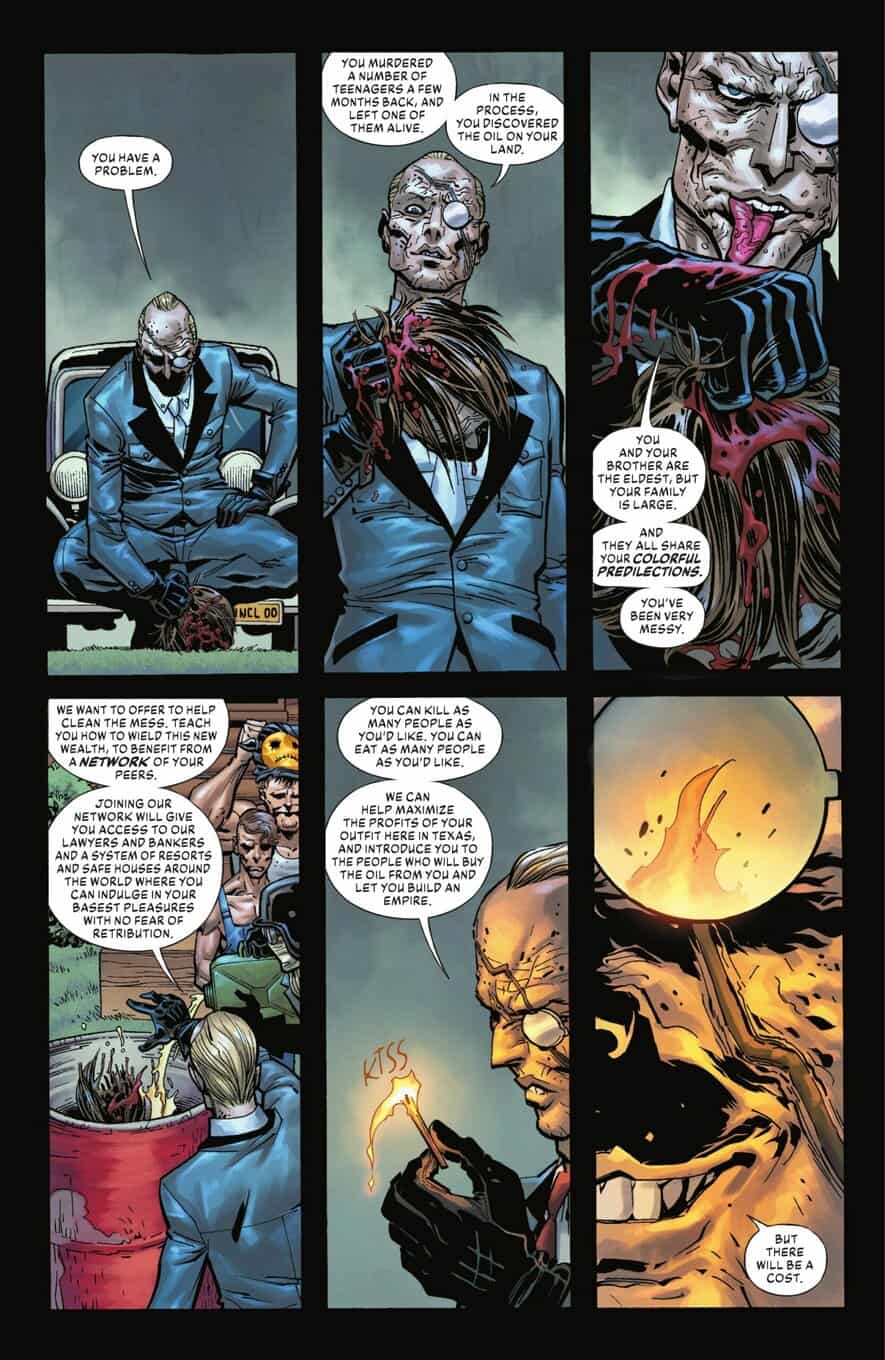 …the revelation of the macabre history of the Sampson family. 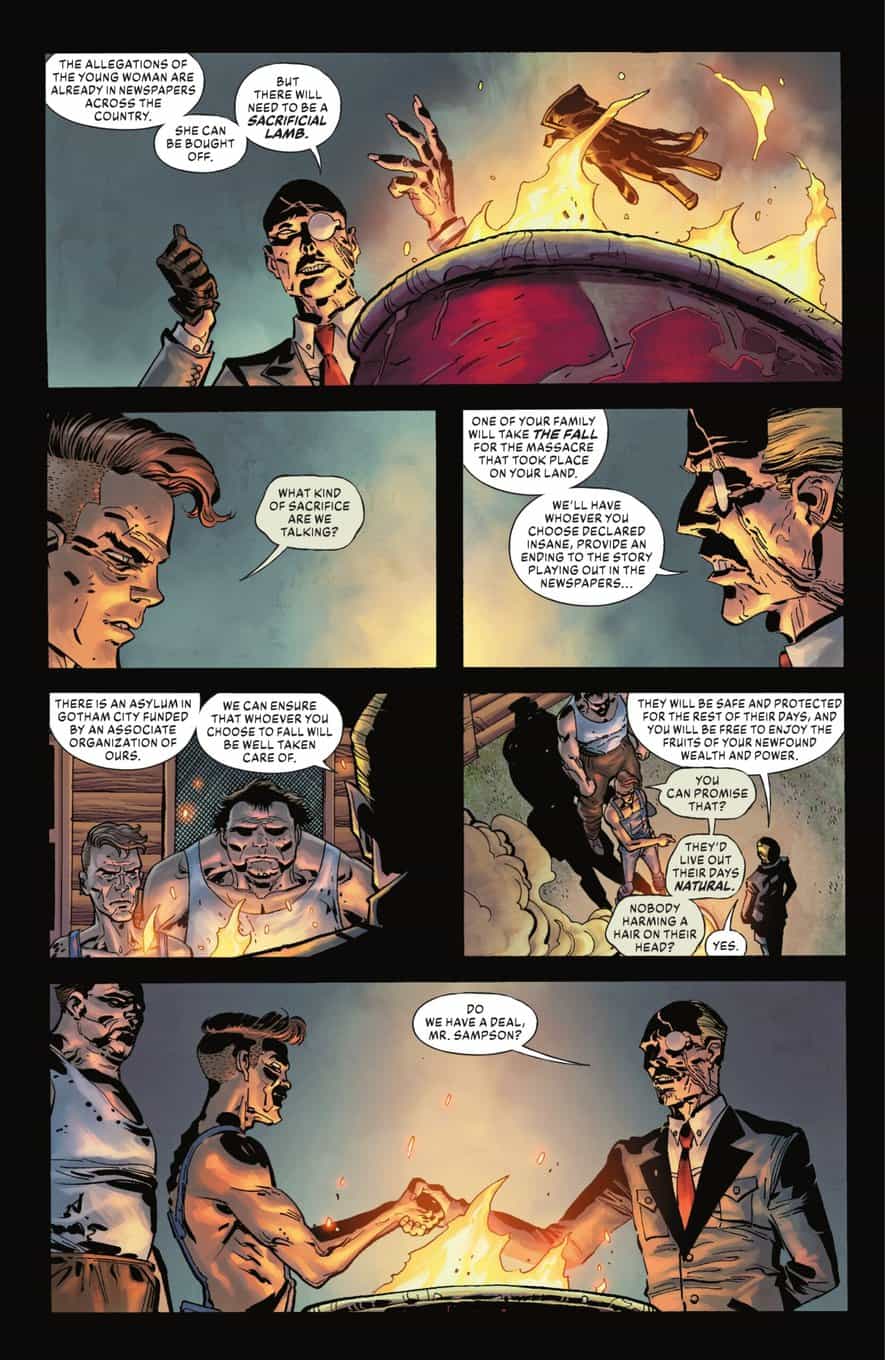 In modern day, we see the elder Sampson mourn his brother as he waits patiently to taste “clown meat”. 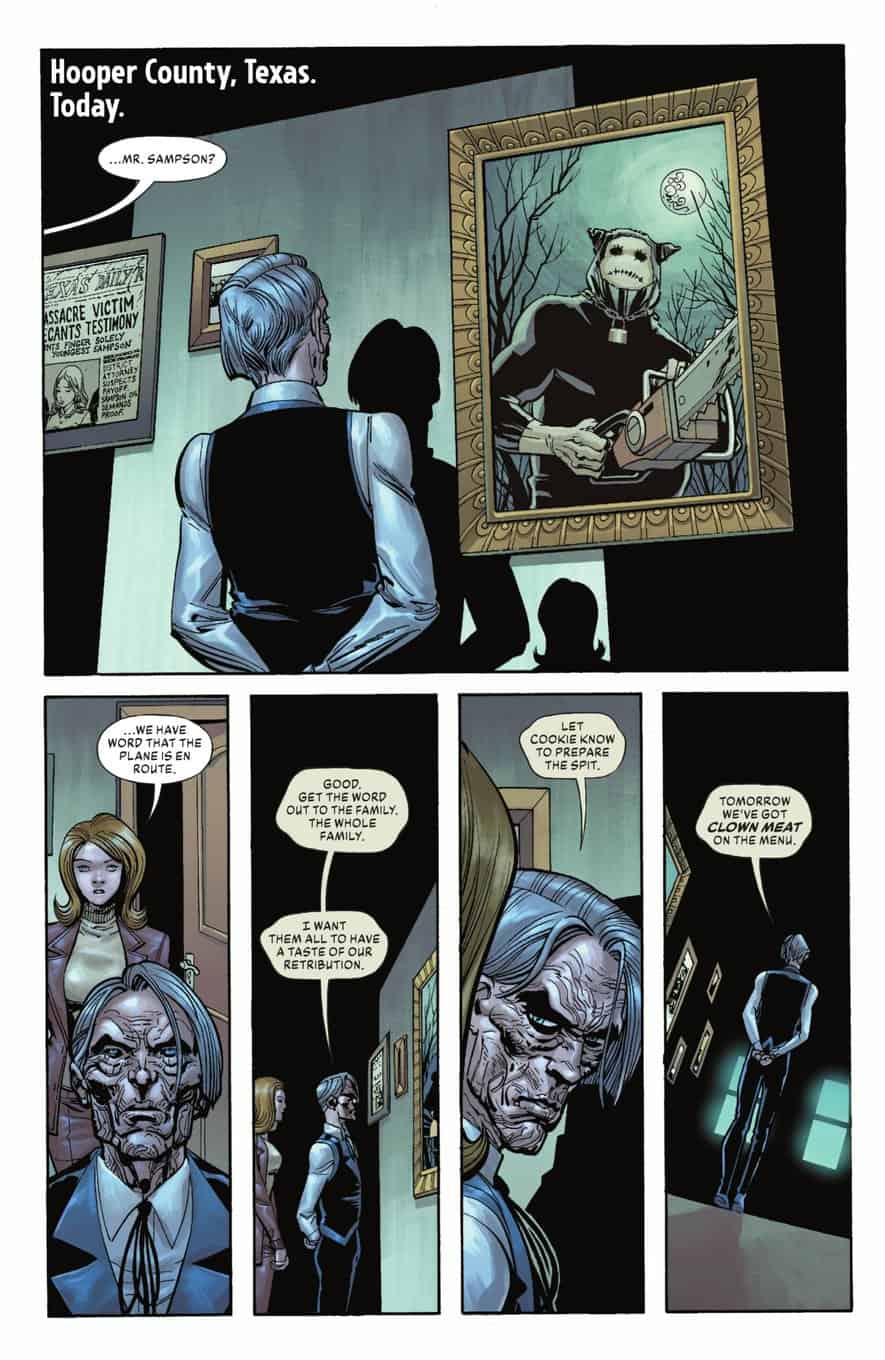 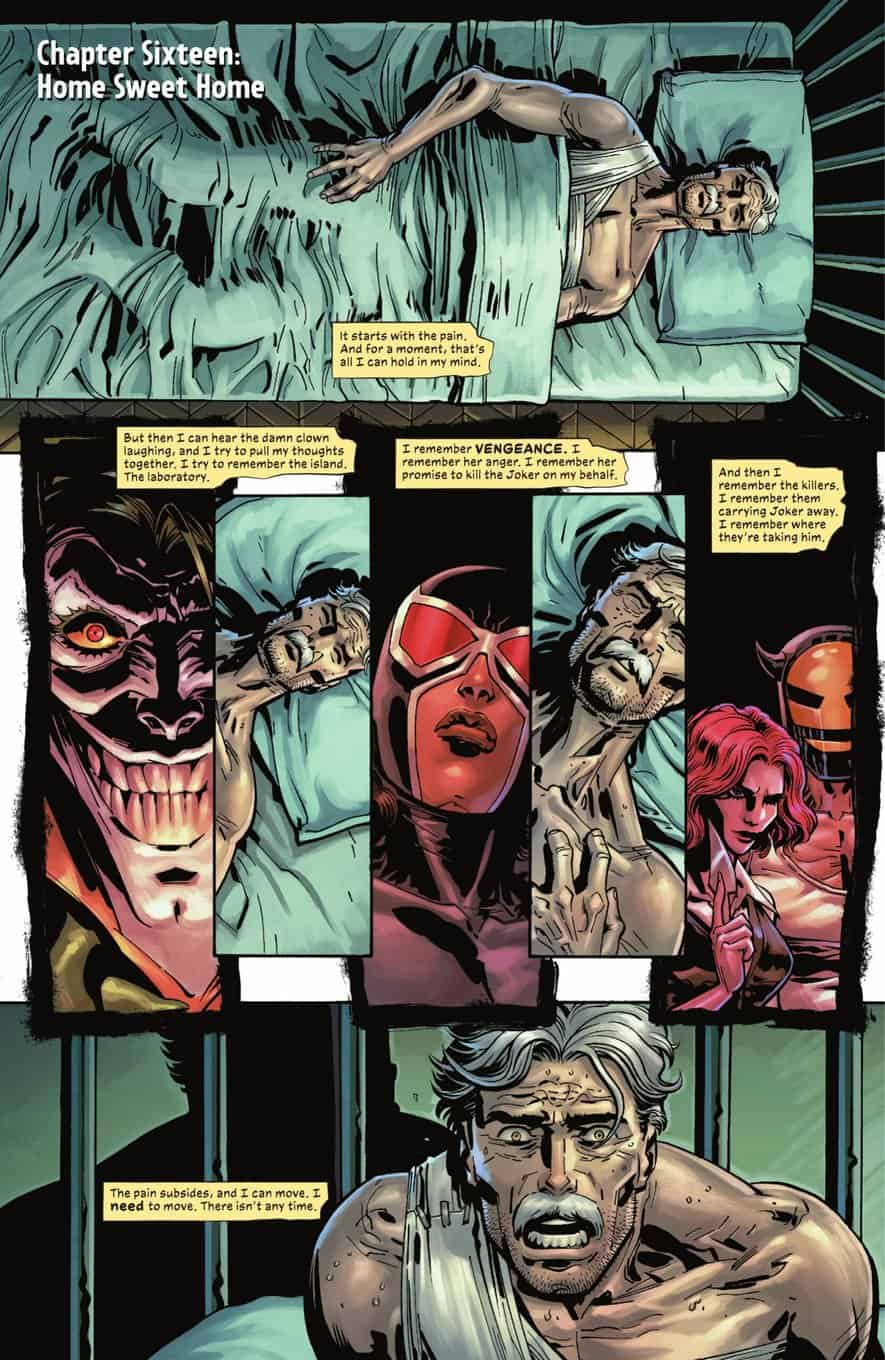 He’s now healing in Gotham City with his daughter (aka Batgirl / Oracle) and Alfred Pennyworth’s daughter (aka a spy) ready to pick up his baton while he heals. 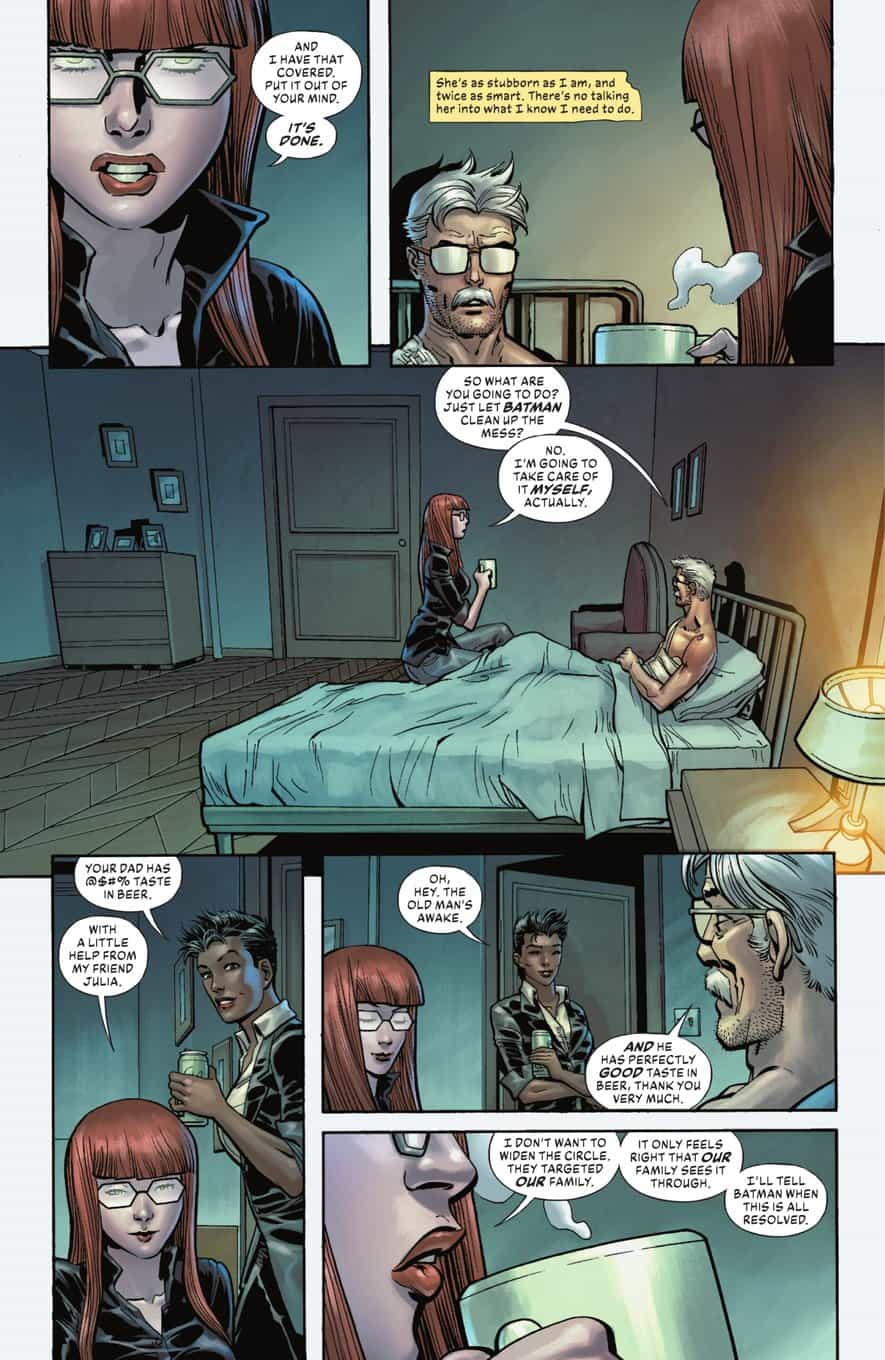 Gordon is still confused on how the Joker is wrapped up in this Sampson business. 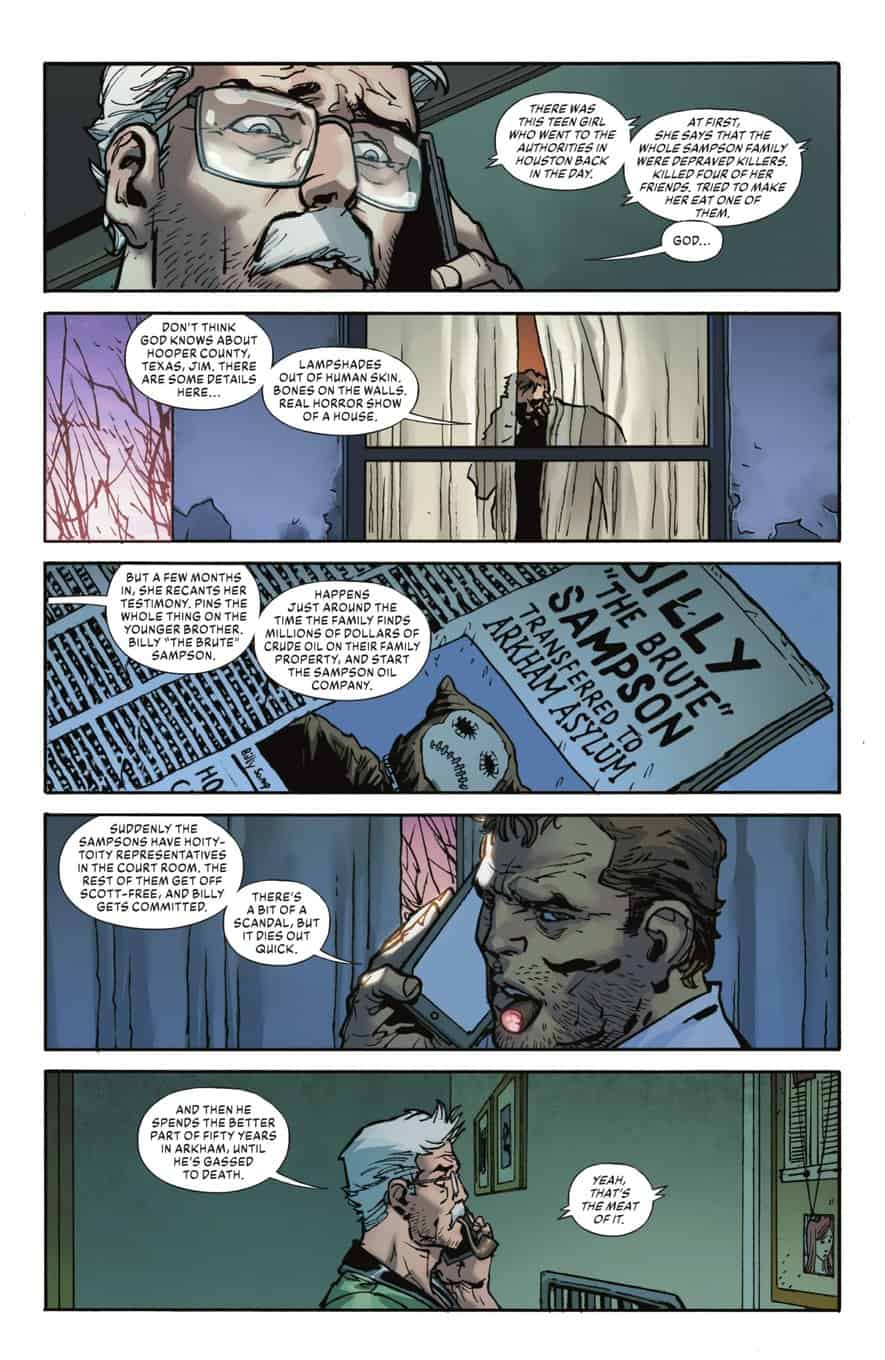 His former colleague Harvey Bullock lets him in on what he learned about the Sampson Family; essentially what readers learned to open the issue. 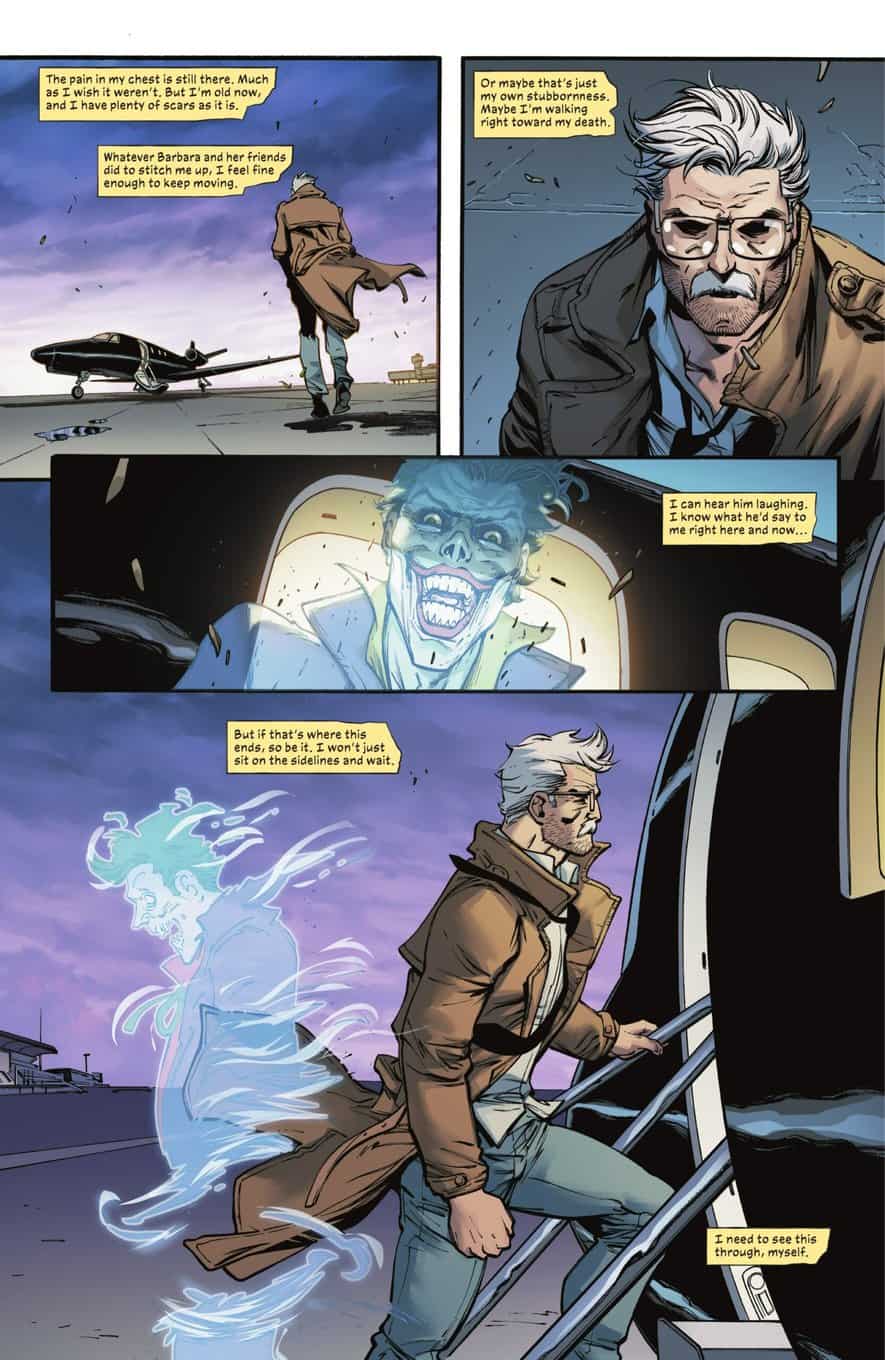 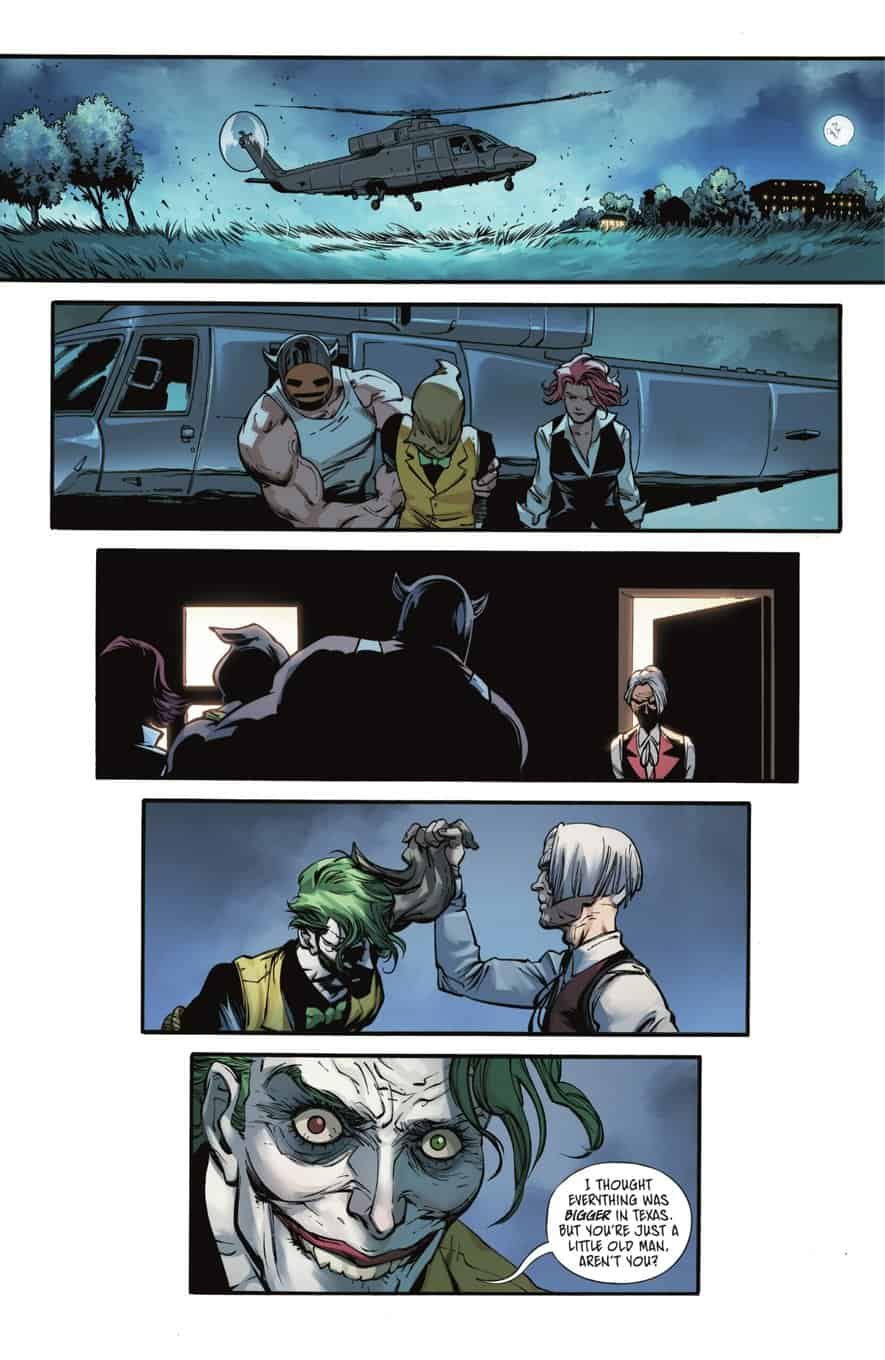 …is delivered to the elder Sampson in Texas. 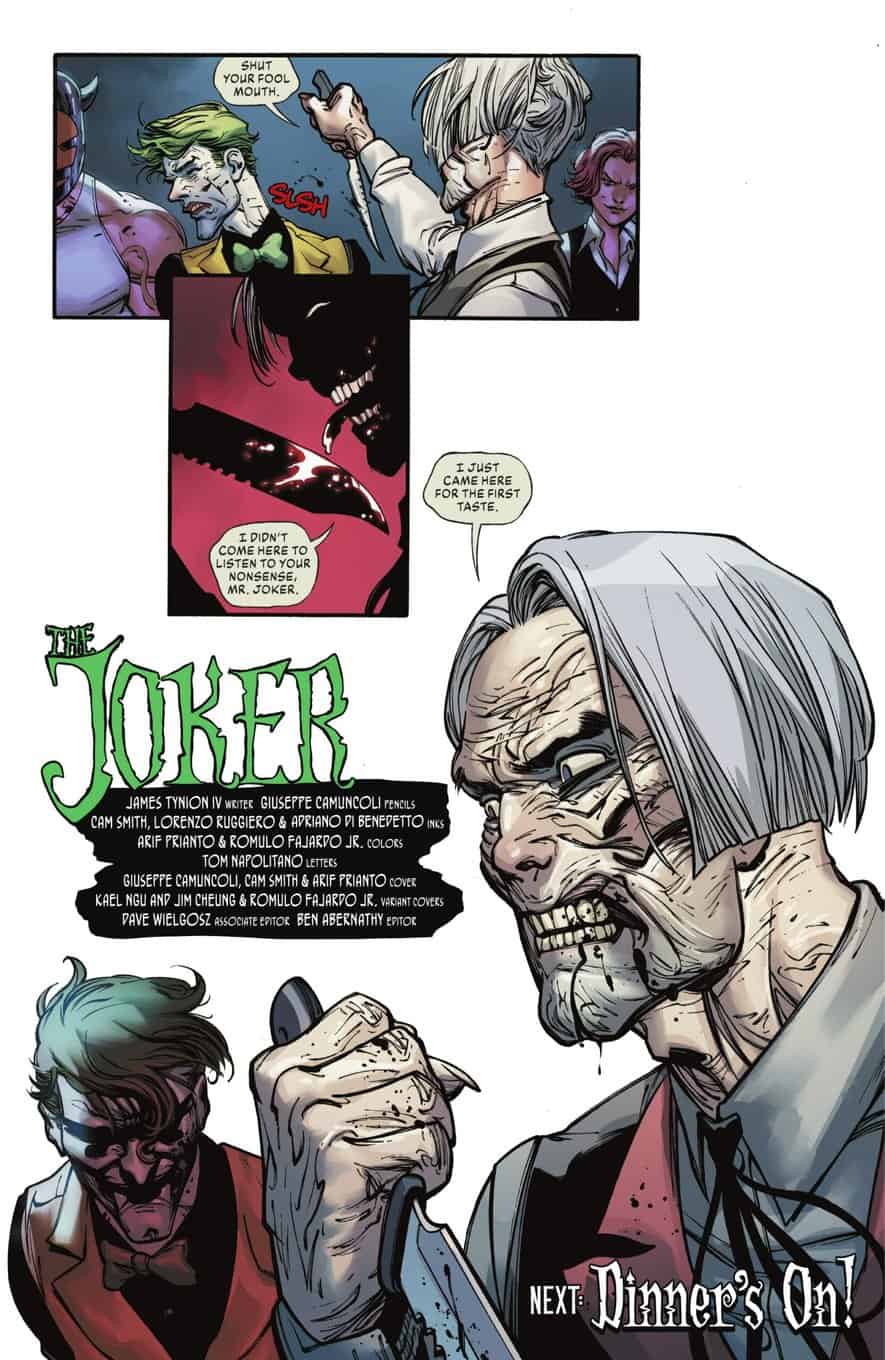 The back-up continues to feature Punchline and… 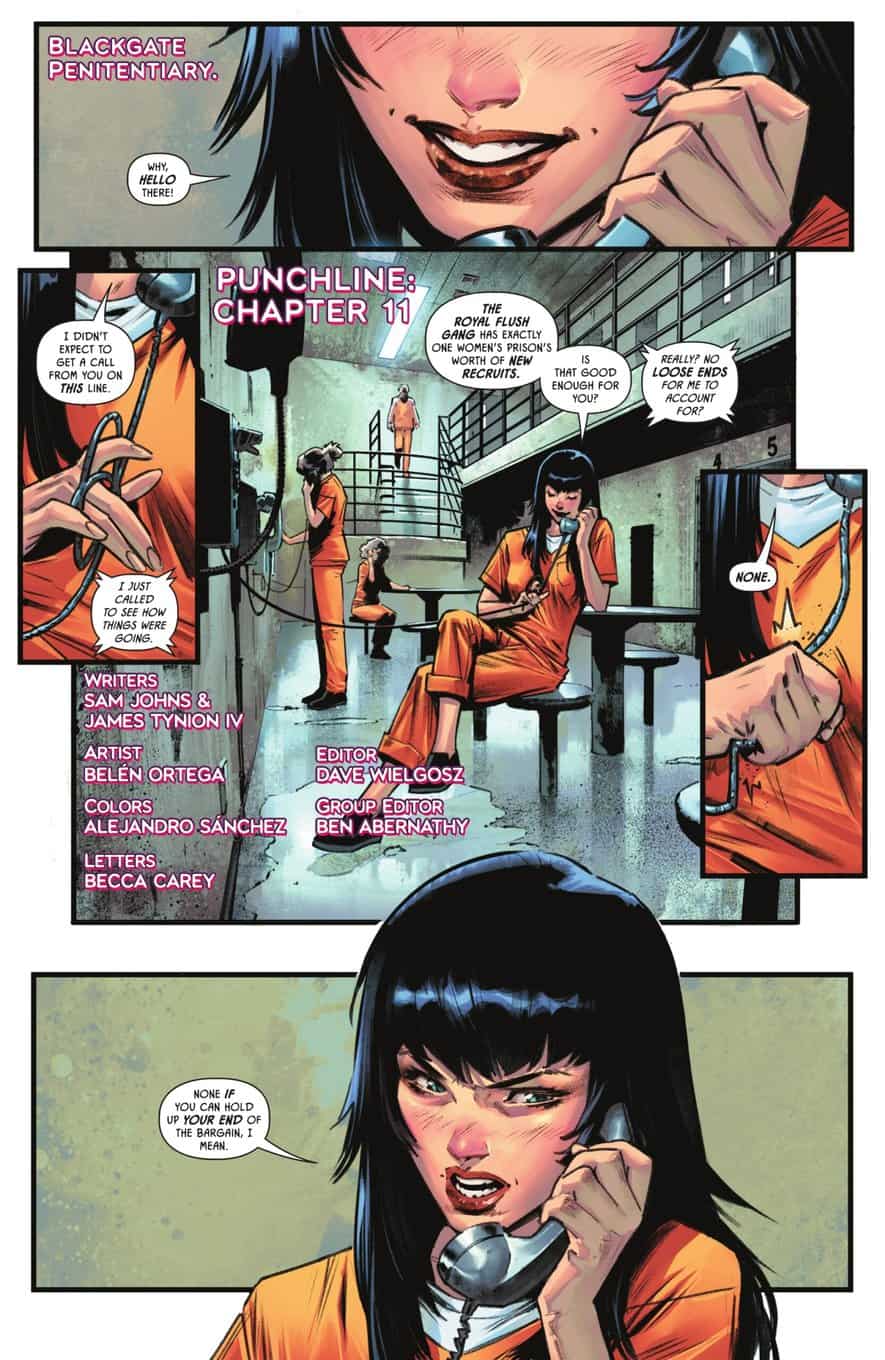 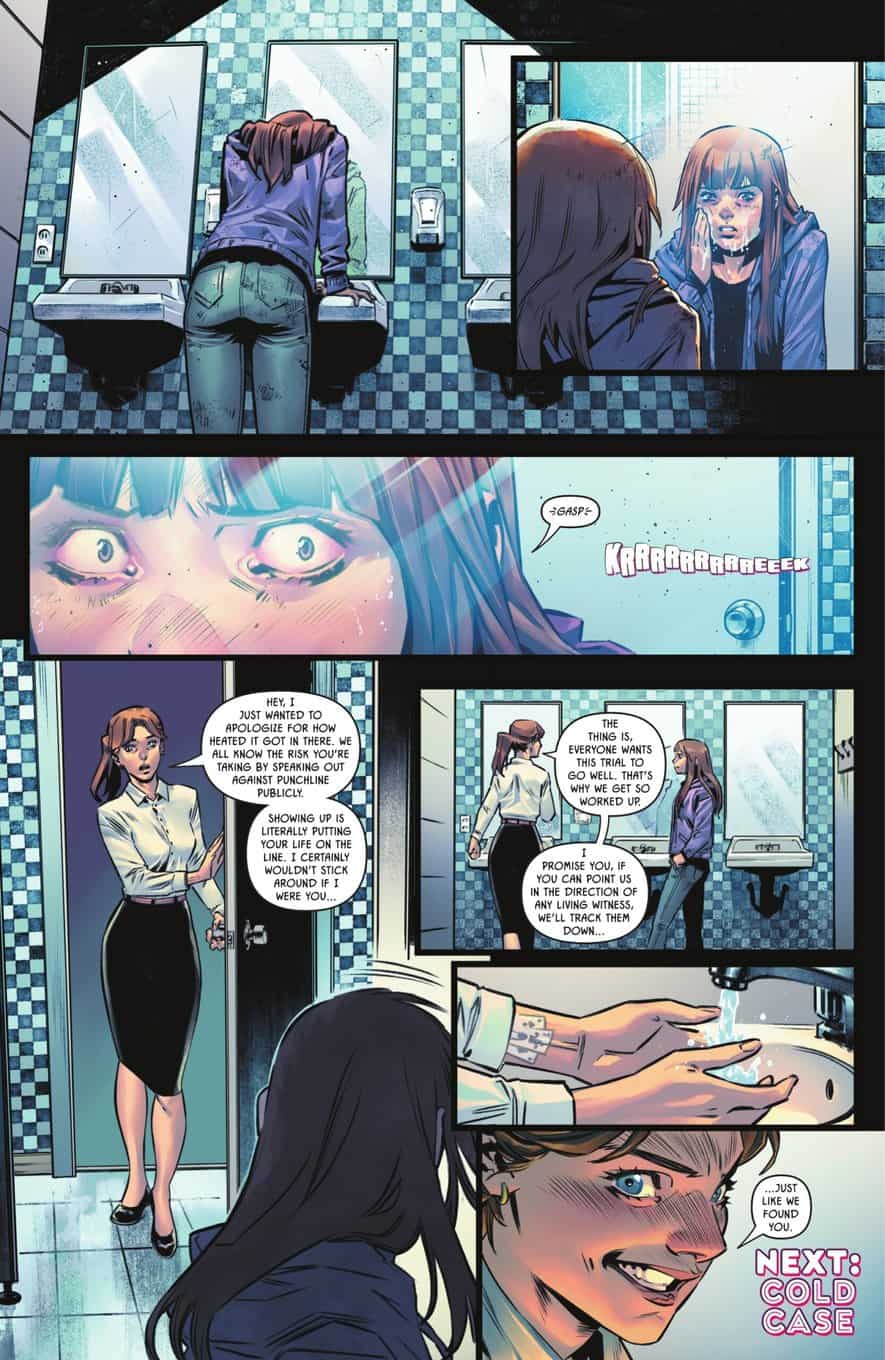 Still amazing that a title with Joker on the cover and so little Joker in it is still so captivating. Story and art on both parts of the book were good. looking forward to next issue. 8 out of 10.