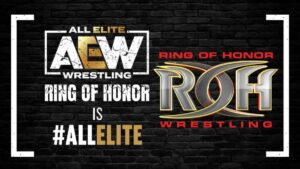 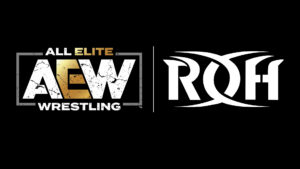 An agreement has been reached for All Elite Wrestling CEO Tony Khan to acquire the assets of Ring of Honor Wrestling Entertainment, LLC from Sinclair Broadcast Group.

Khan made the announcement during Wednesday night’s episode of AEW: Dynamite on TBS.

“Ring of Honor’s influence on modern professional wrestling is etched permanently in the history books, and this acquisition ensures that its legacy will be kept alive and treated with the utmost respect,” Khan said.

ROH COO Joe Koff said: “Ring of Honor has produced some of the best professional wrestlers over the past 20 years, but more importantly, it created a family. I will be forever grateful to everyone in the ROH family who has worked tirelessly for the past two decades to take ROH to levels previously unimagined. Tony has the utmost appreciation and respect for Ring of Honor, and I’m truly excited to see how he continues the legacy.”

ROH was founded in 2002 by a Philadelphia-based pro wrestling video production company and has gone on to become one of the most influential promotions in the industry.

Emphasizing unparallelled in­-ring action and athleticism, ROH initially catered to a niche audience of disenfranchised hardcore wrestling fans, recording live events in Philadelphia and a few other cities in the Northeast and selling them on DVD and VHS.

From those humble beginnings, ROH steadily grew into a global brand that launched the careers of a number of top stars, including CM Punk, Bryan Danielson, Samoa Joe, the Briscoes, Seth Rollins and Kevin Owens.

In 2011, SBG acquired ROH from Cary Silkin, who had been ROH’s sole owner since 2004. Under SBG’s ownership, ROH became the only wrestling company in the U.S. with a major, multi­-market presence on broadcast TV.

The next chapter in ROH’s storied history will now be written by Khan, who described himself as “a huge fan of Ring of Honor” when he made the announcement on Dynamite.

“This deal adds thousands of hours of content to our rapidly growing library and creates new opportunities to expand our footprint on national and global scale, while having the potential to produce new content under the ROH banner,” Khan said.

News has circulated today across many sites indicating that the purchase price of ROH was in the $30 million to $40 million range.