Here was the card for the event. 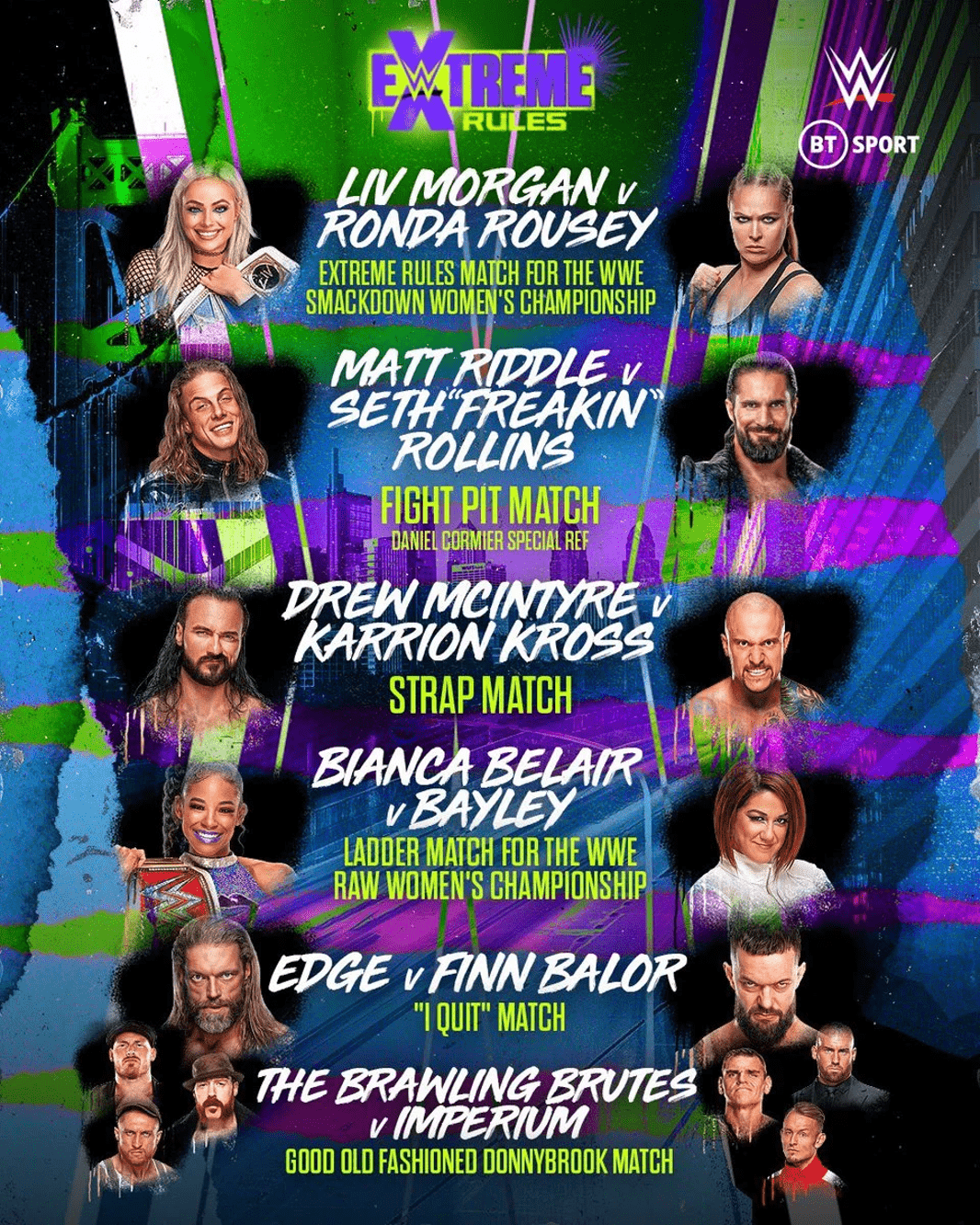 The night saw only the Smackdown Women’s Championship changes hands as per WWE.

With Liv Morgan trying to make it 3-0 against Ronda Rousey, The Baddest Woman on the Planet was right in her element in an Extreme Rules Match not for the faint of heart.

The SmackDown Women’s Champion tried to blind Rousey with a fire extinguisher, but The Baddest Woman on the Planet came back, emulating Bryce Harper with a home run blast to the midsection of Morgan with a baseball bat.

Morgan had her best chance of victory when she hit Code Red with the assistance of a steel chair, but the challenger kicked out before the three-count. Rousey again escaped a loss after Morgan hit a senton to smash Rousey through a table.

Morgan could not enact enough damage to defeat Rousey, as The Baddest Woman on the Planet put Morgan into a Bicep Crusher while pressing the side of the broken table against her opponent’s face, which made the SmackDown Women’s Champion pass out.

With the victory, Rousey became a two-time SmackDown Women’s Champion while Morgan seemed to be bizarrely smiling after the contest. 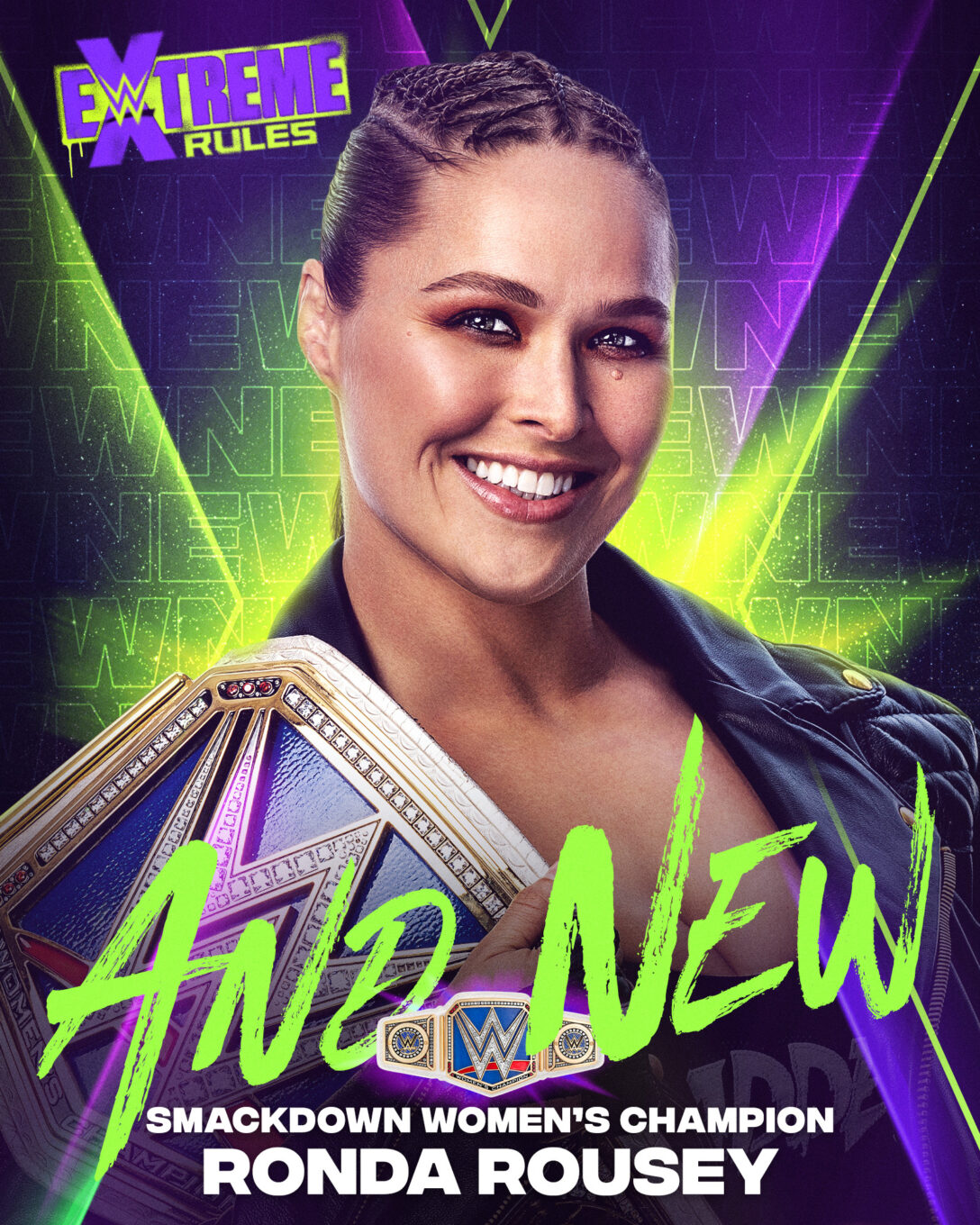 The PPV ended with the return of Bray Wyatt!

In the weeks leading up to WWE Extreme Rules, a mysterious presence seemed to be stoking the imagination of the WWE Universe: the white rabbit.

This mysterious persona left clues and messages hidden all over WWE programming with QR codes sending the WWE Universe spiraling down the rabbit hole.

As WWE Extreme Rules was going off the air, the white rabbit revealed himself to be none other than a returning Bray Wyatt, who seemed to be bringing back his whole Firefly Fun House entourage.

After catching brief glimpses of The Fiend and a broken down Firefly Fun House, the WWE Universe erupted into a roar as Wyatt entered the arena, with Wyatt blowing out his signature lantern and simply stating, “Run.”

One of the most unsettling, unpredictable and downright creepy Superstars in WWE history, what does the sinister Wyatt have planned after making his jaw-dropping return? 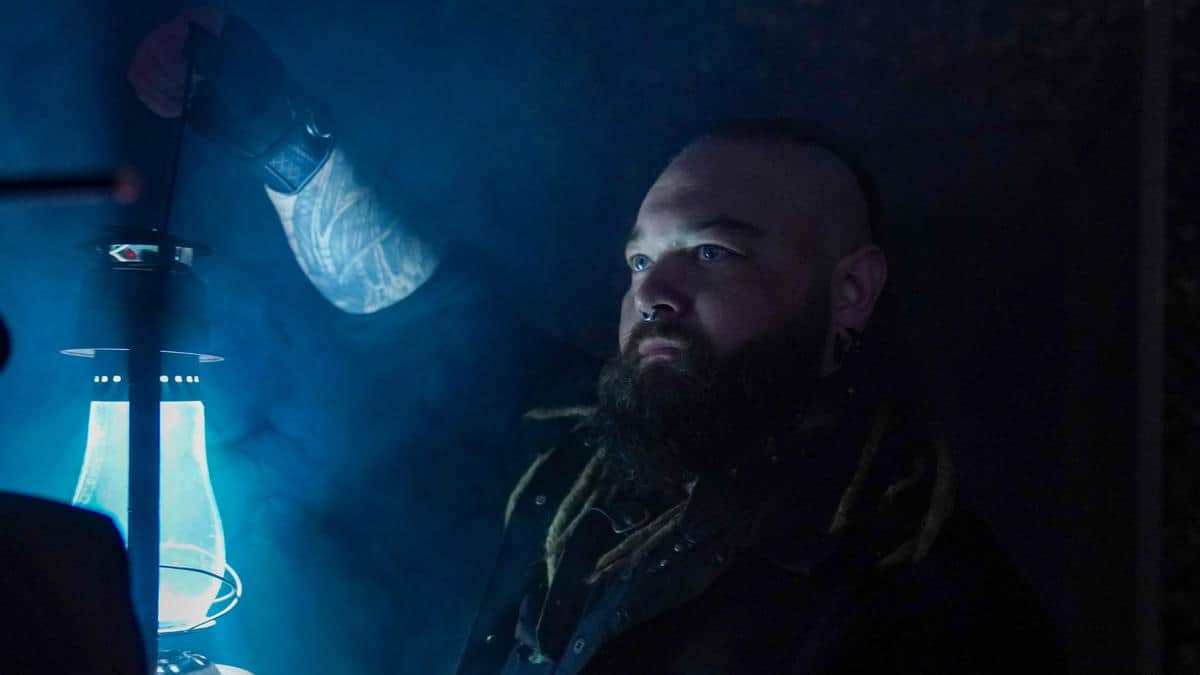 The full results for WWE Extreme Rules 2022 can be found here.