New Characters Speculated for Second Season of The Walking Dead 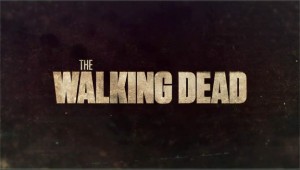 In the December 3rd issue of Entertainment Weekly, the magazine has a six-page spread on its cover story, The Walking Dead, a series it’s labeled “The Best New Show on TV.” For those late to the series, you get refresher on everything you need to know about the show – from principal leads to its genesis (The Walking Dead is based on a comic book written by Robert Kirkman).

Besides the revelation that George A. Romero’s Day of the Dead is Kirkman’s favorite zombie movie of all time, the article does include some noteworthy information of what viewers could expect in the next season.

Frank Darabont, acclaimed director of such films as The Shawshank Redemption, The Green Mile, and The Mist, doesn’t like to speak of the future of the series, which was picked up for a second season just days after its Halloween premiere broke records, but admits that he’s a fan of Michonne, a mystery woman armed with samurai swords, and Tyresse, a hulking ex-pro football player with strong leadership skills.

As to where the hero, Rick Grimes (Andrew Lincoln), and the rest of the survivors gravitate toward for shelter, well fans of the comic already know. But viewers who are clueless to the comic need only look at Darabont’s past films to get a clue.

And then there’s the character that Darabont enjoys the most, the Governor, a ruthless sadist who runs a town where its survivors engage in gladiator games against zombies. “I loooove the Governor,” he says. “I can’t wait to get to the Governor. I think the Governor is going to be an all-time memorable character for TV.”