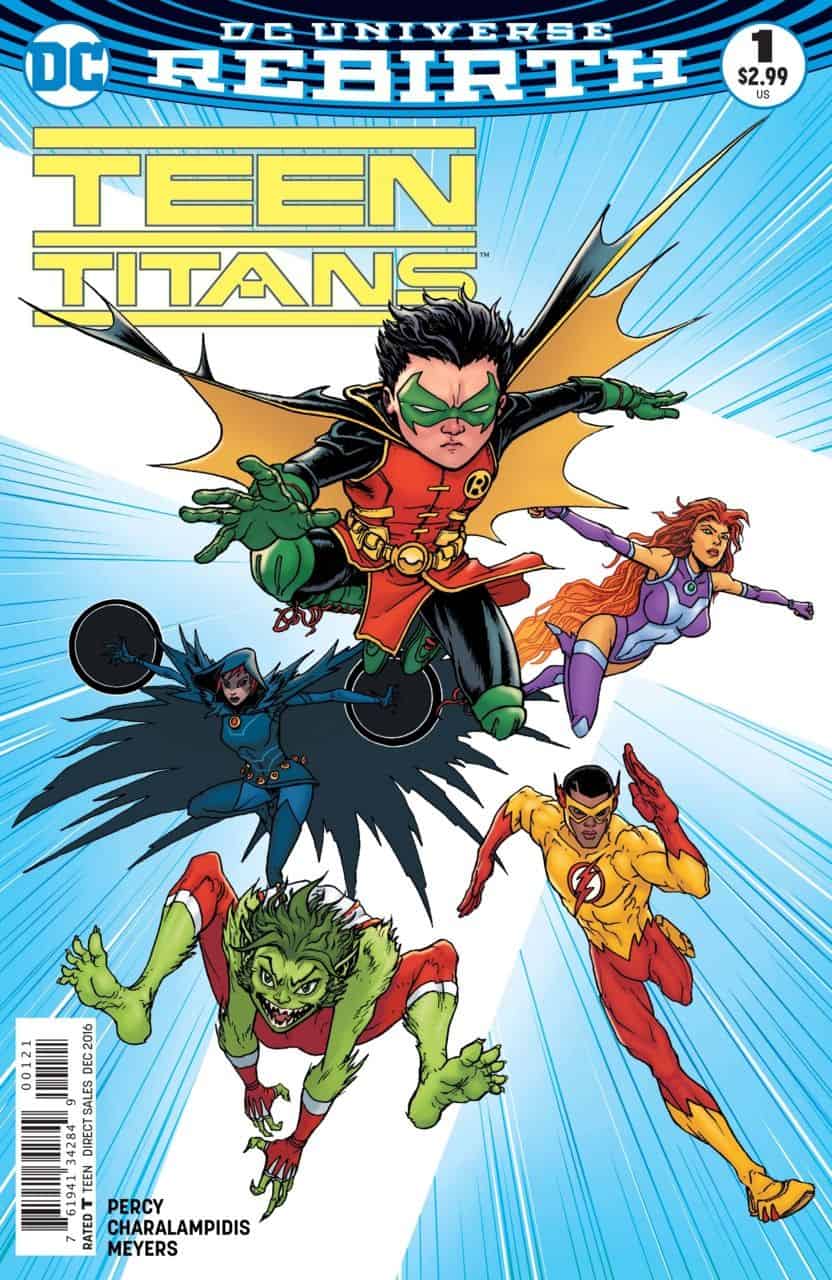 So, why do the captured soon-to-be Teen Titans decide to help their captor, Damian Wayne / Robin and his sidekick Manbat Goliath? While Starfire establishes that she can beat Damian, the team decides to help Robin as it seems he and they are being targeted for elimination by Ra’s Al Ghul and his League of Assassins!

Ra’s Al Ghul wants Damian Wayne / Robin back in the League of Assassins and he won’t take no for an answer. To make his point, his gift to Damian Wayne on his 13th birthday is a… dead robin in a box.

Ra’s pulls together an interesting team to take on Damian Wayne and his Teen Titans! 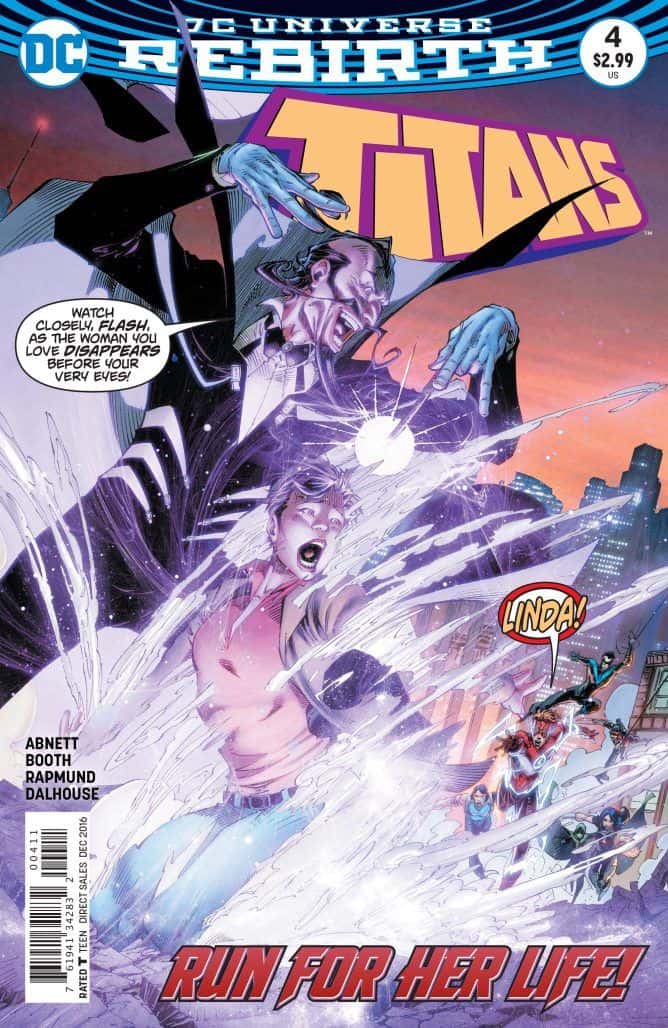 Kadabra has captured Linda Park and explains to her what his plans are for the older pre-Flashpoint Wally West, currently DC Rebirth’s second Flash and core member of the Titans. Kadabra wants to distress Wally and make him go so fast that he reenters the Speed Force never to be head from again; without Linda Park Wally West as a beacon he believes Wally won’t be able to return.

The Titans, in the meantime, are battling their young Silver Aged selves again and lose!

Kadabra teleports the Titans and Linda Park away makes Wally West choose who will die; his Titans friends or Linda Park! Is Wally West fast enough to save them all?

…and says and does things that are mean spirited and out of character. Seemingly he has been corrupted by someone or the Speed Force was corrupted by…

Both Wally Wests save Barry Allen from being swallowed by the Speed Force, but…

…not before the younger Wally West asks Barry Allen if his mean-spirited earlier revelation that his “Uncle” Daniel West, the Reverse Flash, was actually his father? Barry says yes and Wally bails.

We also get some out of costume bonding by both Wally Wests and they both marvel at what a great mentor Barry Allen / The Flash is.

In addition, Wally West The Flash explains to Wally West the Kid Flash more on Rebirth, what he’s been dealing with with the Titans and Kadabra! 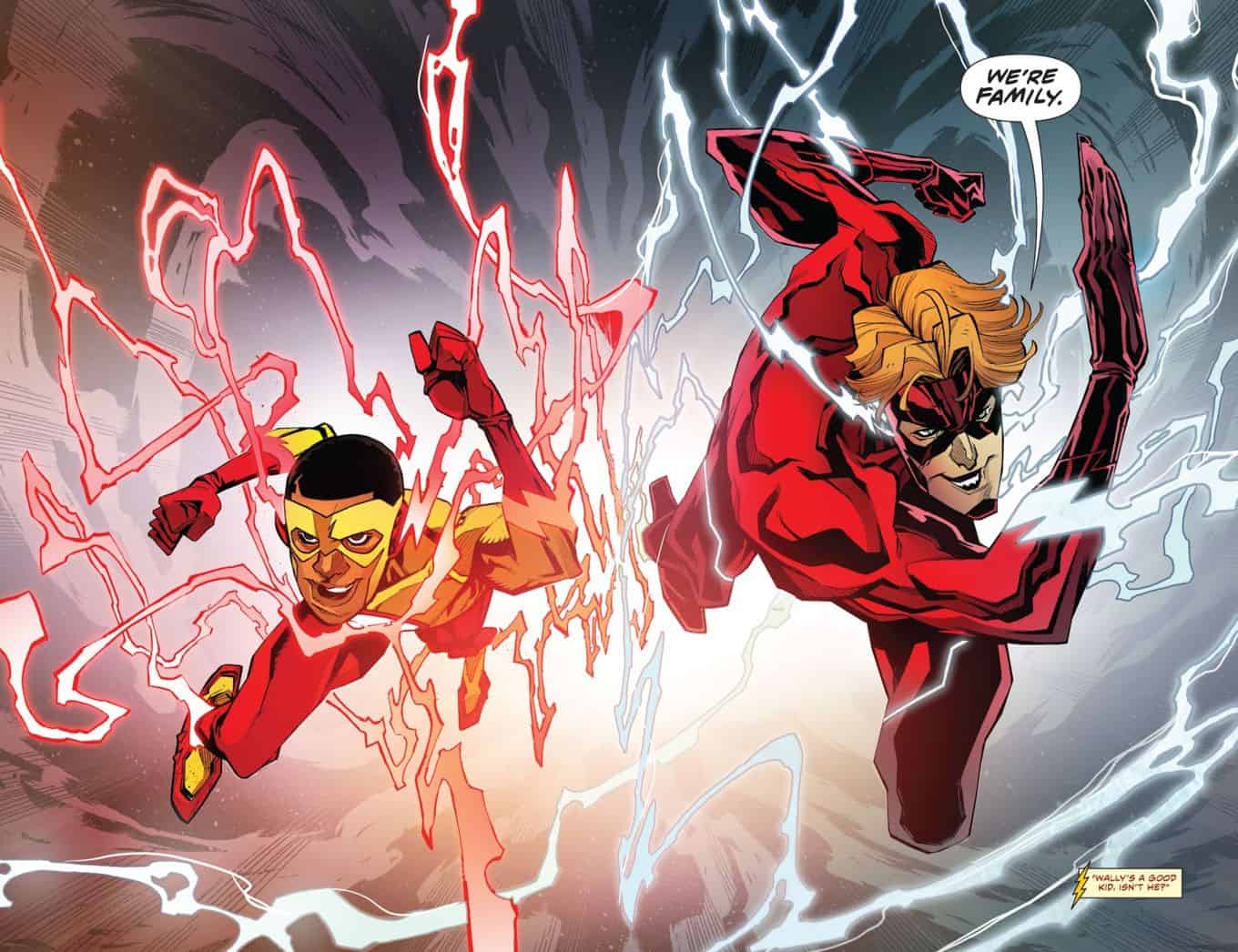 …and tease something pretty huge!

The return of Jay Garrick, the first Flash and member of the Justice Society of America also teased in DC Universe Rebirth #1!

tangles with Barry Allen and both Wally Wests save him from being swallowed by the Speed Force.

Three very entertaining action-packed issues. Solid stories and perhaps too stylized art styles if you’re picking up all three issues for your Wallys fix. I’ll give all three together and individually 7 out of 10.

Jake Something Confirms Free Agency! Will He Be Courted By WWE, AEW & Other Promotions?