News: A Surprising Candidate for Spider-Man

A twitter campaign has started recently to get Donald Glover (Troy on Community) to be considered for the role of Peter Parker. 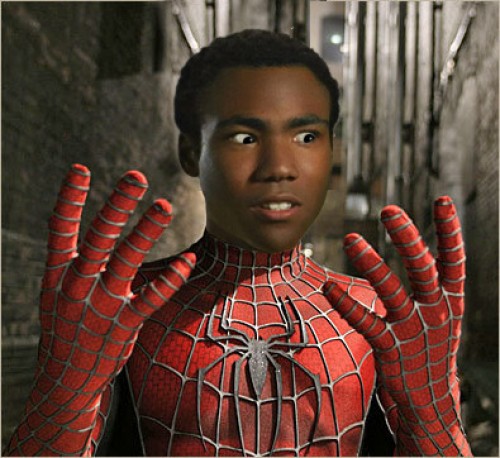 Glover has gotten in on it at his website, stating he wants to be Spidey. He tweeted that he just wants an audition, as he doesn’t want the role just handed to him.

Glover was a writer on 30 Rock on NBC and is a regular on the sitcom Community. He also co-created and starred in Mystery Team with his sketch comedy troupe, Derreck Comedy.

Personally, I think Glover could pull off the role. He’s witty and would bring the banter to his fights that I didn’t feel Tobey pulled off.

In the end, I don’t think he will get the role though, because (even though this is 2010) he’s black and Peter Parker is white.