Although it’s already been confirmed he’s coming back, Oeming will not be taking Ares’ demise lightly.

“Ares’ death was definitely the first domino in reinventing the character,” says the writer. “I thought it was a good death too. Ares had some pivotal moments in SIEGE before the battle and then he kicked lots of butt; I love that I played a part in making Ares a bigger character, so I’m very interested, a tad bit emotionally attached to the character. I hope for the best for him after Chaos War. But who knows where the chips will fall for the God of War?” 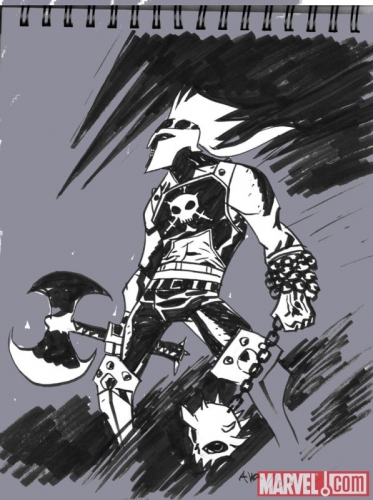