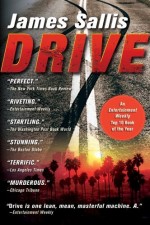 A few days prior to picking up this film, FilmDistrict had announced its collaboration with TriStar Pictures on the release of the Bethany Hamilton biopic Soul Surfer starring AnnaSophia Robb, Dennis Quaid and Helen Hunt.

Drive is a good pickup for Peter Schlessel and Bob Berney’s upstart company. Considering that Schlessel was the one who acquired District 9 when he was heading up Sony Pictures Worldwide Acquisitions I like where this company is headed. He also had a role in Sony’s acquiring Soul Surfer as well.

With a focus on film properties that have a commercial appeal but with ensemble casts, Drive will be a good way to start. This new film by Nicolas Winding Refn is based on the James Sallis novel, and centers on a Hollywood stuntman (Gosling) who moonlights as a getaway driver in Los Angeles’ criminal underworld. Having fallen in love with a beautiful neighbor (Mulligan), he agrees to help her ex-con husband and becomes embroiled in a heist gone terribly wrong.

FilmDistrict is eyeing a fall 2011 for Drive.

Marvel Comics Moves From A Council Of Red Skulls To A Cabal Of Doctor Dooms To A Fraternity Of Man-Things In Avengers Forever?!