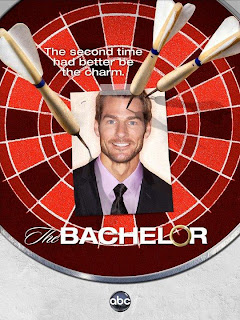 If The Bachelor collected up all the tears shed by the women this season, I think they’d have enough to drown Jake Pavelka. I mean, this can’t be normal. Who cries every single time they go out with a guy? I’m surprised Brad hasn’t quit yet! Seriously, good thing he’s more muscle-bound than Dwayne “The Rock” Johnson, because otherwise I think his shoulders would be getting pretty damn sore. I mean, I think the most stoic one in the bunch is Emily, the one with the world’s saddest life history! She knows how to put on a happy face, but the other girls are bawling their eyes out because they’re not getting enough attention!

OK. This week kicked off the segment of The Bachelor that I like to call “Even More Unrealistic Than Usual”. You think living in a mansion in LA and going on fancy helicopter dates is over the top? Well, Chris Harrison and Co. find it downright dreary, because after a few weeks they have tired of that and now everyone will spend the remaining “journey” on a round-the-world trip. Because if there’s any way to really get to know someone, it’s on an all expenses paid dream vacation when you’re throwing caution to the wind and have no grip on reality.

Everyone headed to Vegas, where Brad took one girl on a dream date, a bunch of girls on a boring date, and two girls on a nightmare date.

His Love Don’t Cost A Thing 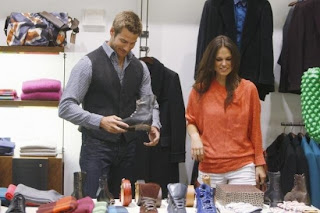 Shawntel N. was selected for the one-on-one date, but getting alone time with Brad was simply an obstacle to overcome during what was possibly the best date in the history of time. Why? Because they went on a shopping spree. Yep, you heard me. It was like What Not To Wear only with more money and you don’t have to throw your old stuff away. (Though considering the fact that Shawntel was wearing clunky boots with itsy-bitsy white shorts, throwing away her real clothes might have been a good idea.) Want a $5000 bag? Sure! Like that leather jacket? Add it to the pile on the counter! If The Bachelor could ensure that this would be a date every season, I’d have my application in the mail by tomorrow.

The only downside to the date was that Shawntel actually had to shop with Brad. I hate shopping with men. I hate girls who bring their boyfriends to the mall. I hate dudes who loiter outside the women’s dressing rooms at The Gap waiting to validate their girlfriends’ self esteem with the inevitable “Yeah, those jeans make your butt look great!” I also hate guys like Brad who say things like “I bet that color would look great on you!” when a girl holds up a gray dress. Gray’s not even a real color, Brad. Shut up and go look at ties.

Mid-date, Brad and Shawntel stopped by the ladies’ hotel room to rub their faces in the fact that one girl received thousands of dollars, and Shawntel changed into the unflattering black dress she’d picked out. Then they had a romantic rooftop dinner followed by fireworks, which were shot off the roof of the ladies’ hotel to prevent them from also being able to enjoy them. I know the date card for this outing supposedly said “Let’s end the night with a bang”, but I bet what the producers actually wanted to say was “Let’s rub salt in everyone’s wounds”.

Two things made me happy about Shawntel’s date. One was Brad’s reaction to hearing her speak in detail about her career as a funeral home director and embalmer. He was trying so freakin’ hard to be interested rather than grossed out, and I took great pleasure in that. (The best part was when Shawntel said she was going to eat while she told him about replacing human blood with chemicals.) The other great thing was watching fireworks literally go off behind Brad and Shawntel as they kissed, and knowing that Michelle was probably dying inside.

The next date was a group date, which saw Jackie, Emily, Lisa (who?), Marissa (who?), Alli (who?), Chantal, Britt, and Michelle going “speed dating”. What did this mean, you ask? Well, it meant that BFFs Ashley and Ashley would be competing against one another on the two-on-one date! Two Ashley’s leave the house, one Ashley returns. Less Annoying Ashley sobbed “If Ashley ended up going home on the date, I would never ever forgive myself.”

Since speed dating involves getting to know people in a short amount of time, the actual date of course had nothing to do with actual speed dating. Let’s be honest, none of these dates ever involve actually getting to know someone. Instead they all headed to a racecar track, because the producers of the Bachelor franchise are the most despicable people ever. Seriously, it’s like they ask each woman “What’s your Room 101?” and then crafted dates around their answers. (Try to stretch your imagination to a place where the women on The Bachelor know what Room 101 is.) 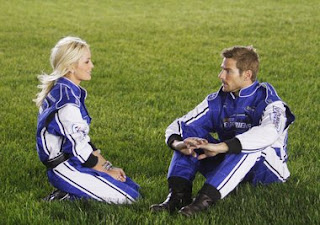 I thought Emily had mentioned to Brad that her dead fiancee was a racecar driver, but maybe not. In any case, the producers definitely knew and the whole thing was both contrived and in poor taste. Brad eventually noticed that Emily was feeling down and sat down with her to talk. Then Emily proved that, yes, the situation actually could get worse. The Las Vegas Motor Speedway was, in fact, the site of her dead fiancee’s career-ending injury! Wow. Brad responded that he felt like a jerk, but I’m still placing the blame on the producers of the show. I have to say, I like Emily. She was shoved into a pretty awkward position by the show, and she never really seemed to try to make the date all about her and her past. She genuinely seemed like she would have preferred to not bring up her dead fiancee again. If someone like Michelle was in her shoes she would have been milking that situation like crazy.

At the “after party”, the rest of the women turned green with envy when Brad once again pulled aside Emily. Especially Alli, who whined that the woman with the saddest story should not get the most alone time, and Chantal, who cried and pouted all night. Brad had pulled Emily aside to voice his concerns about living in the shadow of her one true love, but Emily put the kibosh on that. Sure, Brad had been in love more than once and she hadn’t, but “you’re a little bit older than me, my dear”. Ha! Other women made some weak attempts at grabbing Brad’s attention (Chantal cried, Michelle took one for the team by making out with Brad to remove him from an uncomfortable situation), but Emily rightly received the rose. 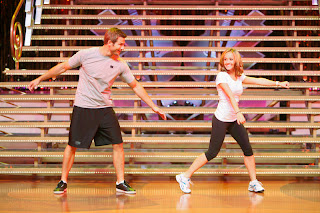 Finally, it was time for the dreaded two-on-one date. The Ashleys (or as Brad says, Assley) met Brad to experience the Cirque Du Soleil Elvis show. Why? Because, Brad tells up “I am a HUGE…” you’d expect him to say “Elvis fan” here, but instead it’s “Cirque Du Soleil fan.”

Brad and the victorious Ashley would be performing in the show, so he practiced the routine with both women. I’d tell you if they were any good, but I was too distracted by the sight of Brad in spandex shorts and a harness.What’s more attractive than a wedgie? 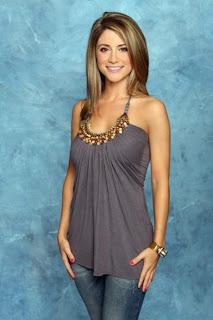 Brad took the women to dinner, where he weirdly addressed each of them in front of each other. I was sure he’d cut Crazy Dentist Ashley, but instead he sent Annoying Babylike Nanny Ashley. I wish the ladies back at the house had been using my helpful nicknames, because when they discussed the merits of Ashley H. or S. returning, I didn’t have a sweet clue which was which. Therefore, I have no idea if they were excited or disappointed when a member of the Hell’s Angels came in to take Annoying Babylike Nanny Ashley’s suitcase away. The date concluded with Crazy Dentist Ashley dancing with Brad to “Are You Lonesome Tonight?” while we saw clips of Annoying Babylike Nanny Ashley sniffling in the car about how she’ll die alone.

Before he could hand out the rest of the roses, Brad had to place a quick call to his therapist to discuss the situation. Seriously, every time he talks to Wannabe Dr. Drew he gets a little less attractive. By the time this show is over, he’ll be on a level with Danny Devito.

Brad decided to wear his cloak of hypocrisy to the cocktail party, because he first rewarded Alli’s insecurities by presenting her with special cake and champagne, and then scolded Chantal’s insecurities by telling her to stop busting his ass about digging Emily. Then Sporty Girl (Marissa) gave him some notes to read later, because she likes sending text messages or something, and we all know she’s getting cut since that was the first time she got screen time all season.

Now let’s talk about Michelle. She took Brad into a room, told him not to talk, and then said a whole bunch of stuff about how none of the other girls are right for him, and then she kissed him a bunch. Could she be any more superficial? Her whole strong woman/dominatrix act is as heavily applied as her makeup! Does she think anyone other than Brad is buying this? Does she plan on wearing this personality she’s concocted for the rest of her life? Ugh. And the fact that it’s totally looking like an Emily vs. Michelle/Good vs. Evil finale makes me hate her even more. 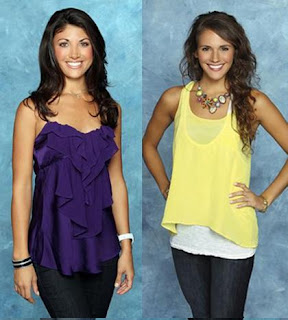 Michelle’s act worked though, because she got called first. Barf. Next was Attention-seeking Alli, and then Britt and Jackie, and finally Chantal – I’m guessing Brad left her til last as punishment? That meant Marissa (the one with the notes) and Lisa (the adorable curly-haired one) were eliminated. Not surprising, since neither got very much screen time, but disappointing since drama queens like Alli and Michelle are still around.

Then came the shocking previews for upcoming episodes – you’ll never guess. There will be more crying! Lots and lots of crying! Who could have predicted that? They’ll be leaving a tear stained trail from Costa Rica to South Africa (my favorite place in the world, FYI) and possibly back to Charlotte, North Carolina – but not if Emily can help it. Are you excited? OK, obviously not. Are you mildly intrigued? Still no? Are you looking forward to my continued mocking?