OK folks, here’s my official plea: PLEASE, please, please watch Parenthood. It has been so good lately, and it’s one of the best dramas on network TV right now, and I love it, and I think everyone should watch. Because did I mention that it’s really really good?

Once again, Parenthood delivered a fantastic, heartwrenching, funny, sweet, emotionally satisfying episode. There’s a lot to talk about, so let’s get to it. 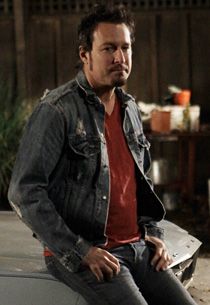 I am thankful for John Corbett’s guest appearance on Parenthood in so many ways. It has led to some absolutely outstanding acting. I truly believe there have been some Emmy deserving performances lately. John Corbett has been a total ass as Sarah’s ex Seth, and even though he continued to be an ass this week, we caught enough of a glimpse of a likable guy for me to not want to punch him in the face. (Though, the hat he wore in his first season? I’d punch him in the face over that.) I still hate Seth because I hate deadbeat dads, but I think John Corbett has done an excellent job, and I think his appearance has led to some beautiful performances from Lauren Graham, Mae Whitman and Miles Heizer.

Drew is young and lonely and wants to see the best in his dad. The way he’s been fiercely defending him has felt so raw and real, that my heart just goes out to the poor kid. You’re just waiting for him to get crushed, because you know Seth can’t be the dad Drew wants. You know he’s going to be let down. This storyline has really done a lot of Drew’s character, and I’ve especially loved seeing him interact with Amber.

Oh, Amber. Amber finally blew up at Seth, and rightly so. I empathized with everything she said. It was totally justified and I was glad she yelled at Seth. She needed to get that out, and Seth needed to hear it. He doesn’t know her. She’s not just his daughter, she’s a real person with a personality and it’s his fault he doesn’t know her. Just because they’re related doesn’t mean they’re not strangers. He has no right to call her “sweetheart” and bring her a crappy guitar and pretend that everything is OK.

And, of course, Seth split town. The leopard never changes his spots. Well, maybe a little. The scene where Sarah demanded that he visit the house in the morning and say goodbye to his children was just brilliant. The things she said about blaming him for everything, and how she didn’t want to be let off the hook anymore – it was just an outstanding scene. I know some people don’t like Lauren Graham, but I think this show has really let her grow and show off her range as an actress.

I’m glad that Seth stopped by to say goodbye to his kids before he left town. It shows he’s changed a little, at least, and although he let the kids down there is still a bit of an improvement in their relationship.Especially, I think, now that Amber has gotten her feelings off her chest she can be more open to possibly having a relationship with Seth. The problem is, with people like Seth, you can never really count on them. The only way to have a relationship with someone like him is to have zero expectations. Then you can’t be disappointed. It was sad to see Drew let down, and it was even sadder to see Amber blame herself for driving Seth away, but I loved how they reminded themselves that they have their mom, and they have each other. The final moment, when Amber played the song Seth & Sarah had written, showed that they might be at a point where they can appreciate Seth for what he is – nothing more, nothing less. 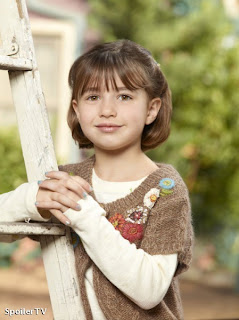 Since Julia and Joel are happily married with a young kid who doesn’t have Asperger’s, they tend to end up with a lot of the more lighthearted “Isn’t parenting funny?” storylines. Which is fine – the other Bravermans have been dealing with a lot of heavy stuff lately, so the comedy is appreciated. I’d like to see Julia and Joel get a meatier storyline (no pun intended, for realsies) when the time is right.

This week they faced a dilemma when Sydney announced that she’s now a vegetarian. Julia and Joel decided to go with it, since they didn’t want to quash her spirit, but the grandparents felt differently when they came over to babysit.

I have to say, even though his execution left something to be desired (never tell a kid you once ate a dog), I was kind of siding with Zeek on this one. I thought he was right on the money when he told Sydney to either eat the vegetarian meal or the meat lasagna – but she wasn’t getting up from the table until she’d finished one. You can’t just let your kid become a vegetarian by only eating Kraft Dinner and dessert for the next ten years. If Julia and Joel really wanted to let Sydney try out vegetarianism, they should have sat her down and told her the foods she’d have to eat instead. If she didn’t like the food that would replace the protein she gets from meat, then she’d have to eat meat.

What do you think? Would you react more like Julia in that situation, or Zeek? 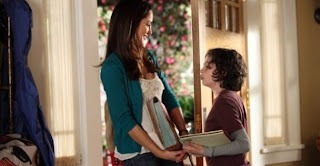 Holy crap, things got intense for Crosby, Jasmine, Adam, Kristina and Gabby this week. And it was so well-done.

I’ve said before that I don’t really like Crosby and Jasmine together, and that I do like the chemistry between him and Gabby. That said, I do think it was really, really horrible and selfish and hurtful and immature of Crosby to sleep with Gabby. Yeah, he and Jasmine were having a massive fight and I didn’t like the way she refused to talk it over with him. But they were engaged. They have a son. That’s a serious, grown-up relationship and you don’t just go sleep with someone else because you’re mad, or because you’re spending the night on the boat.

Obviously, both Crosby and Gabby felt terrible about the situation. Gabby pretended to be asleep while Crosby snuck out, and you could tell she felt sick about the whole thing when Jasmine dropped by the house to talk to Kristina while she was working with Max. So she did the only thing she could do – she quit.

I know there are a lot of people out there who think Minka Kelly can’t act her way out of a wet paper bag, but I thought she was really good in this episode. She seemed truly heartbroken when she gave Adam and Kristina her letter of resignation, and the scene where Kristina came to talk to her was fantastic. Gabby didn’t want to give the truth, and once she did Kristina couldn’t even look her in the eye.

I was a little surprised that Adam and Kristina were more angry about losing their behavioral aide than they were about Crosby ruining his family. Don’t get me wrong – either way, they deserved to be angry at Crosby. But I expected them to be angrier over Crosby hurting Jasmine and screwing up his family than over Gabby leaving. But I don’t have kids, let alone an autistic kid, so I can’t relate to how devastating it would be to lose someone like Gabby, who was so good with Max. 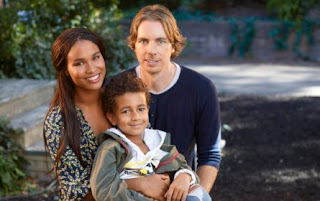 Jasmine, of course, now realized that she’d been a jerk by keeping Jabbar from his cousin’s birthday party and wanted to talk about it, but Crosby was too ashamed to even look at her. Once he started babbling about how he’d been stupid, Jasmine got it out of him – and it was ugly. But, rightly so – I would have reacted just like Jasmine did. Crosby seriously screwed up, and I wouldn’t forgive him either.

Just when you thought things couldn’t get any worse, Crosby went over to Adam’s house and faced wrath from him and Kristina. I’m not sure why he went there – to be consoled on the breakup of his engagement? The thing about Crosby is that he’s obviously most furious with himself. The way he lashed out at Adam during the basketball game, and the way he reacted when Adam and Kristina screamed at him for sleeping with Gabby – it all seemed like the kind of defensive behavior of a guy who knows he blew it. Things got ugly, and Max came downstairs – just in time to hear Adam scream at Crosby “Your nephew has Asperger’s!” a bunch of times.

Back when the Bravermans did the fun run for autism, I thought that Adam and Kristina really needed to think about telling Max he has Asperger’s. He’s a smart kid and I knew the longer they waited, the more likely it would become that he’d find out the wrong way. That’s exactly what happened. I’m by no means saying this was Adam and Kristina’s fault, but it was certainly an example of why it might have been better to tell Max sooner. Kids overhear things, especially when you’re screaming.

In the previews next week we see that Adam and Kristina will sit down with Max to talk about Asperger’s, so stock up on Kleenex. Plus I’m sure Crosby will have to deal more with the fallout from his actions. As is the case most of the time, I can’t see Crosby ending up with either woman now.

On top of all the drama, there were a few smaller moments that added to the episode – I loved what Seth said to Sarah about how she’d always been the talent, and I’m looking forward to seeing her explore that side of herself again. I loved Adam’s annoyance at Alex being around all the time – especially because he’s so good with Max, so it’s hard to legitimately complain. What did you think of “Do Not Sleep With Your Autistic Nephew’s Therapist”? Are you loving this amazing streak Parenthood has been on? Have you been telling everyone you know to watch it?