Weekend Box Office: Contraband Steals One; The Devil Inside Dies A Quick Death 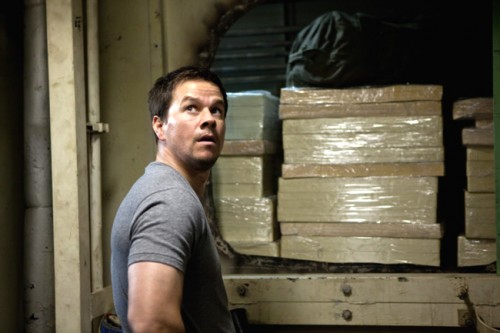 So where’s the silver lining with the recent trend at the box office? Theater attendance dropped dramatically last year – the lowest attendance numbers seen in sixteen years – so you know the studios are looking for a success story when they can find it. Last week it was The Devil Inside and its $34 million opening. But because of a bad CinemaScore (it got an “F”) and badder word of mouth, this found footage exorcism movie saw its box office receipts wither away as its percentage change in attendance was -77%.

With The Devil Inside bumped from the top spot that left the Mark Wahlberg heist vehicle Contraband to contend with Disney’s revival of Beauty and the Beast in three dimensions. The Dolly Parton/Queen Latifah gleeful Christian reprise, Joyful Noise didn’t have a chance. In the end, the victor was Universal and Mark Wahlberg. A solid $24.1 million opening versus $40 million to produce is a win for the studio. Wahlberg, though a tough sell on certain films, is absolute money when it comes to making mid-level budget films and getting a return on investment. However the once underwear model’s biggest success as a lead came at killing the lucrative Planet of the Apes franchise directed by Tim Burton.

Beauty and the Beast 3D, which had exhibitors whining last week because the film’s Blu-ray 3D came out last October, opened lower than The Lion King but don’t blame those who have a 3-D ready TV with Blu-ray 3D player. An almost $19 million opening for a twenty-year-old film isn’t nothing to sneeze at. It only ensures that there is a market for mainstream revival releases in the marketplace. Other studios would love to replicate Disney’s success with re-releasing catalog titles in 3-D. Why else do you think we’re getting Star Wars: Episode 1, Titanic and Finding Nemo in 3D this year. With DVD purchases dwindling, studios need to do find ways to make good use of their catalog. Currently, 3D is it.

Taking third for the weekend was Mission: Impossible – Ghost Protocol which has passed the original film’s domestic gross. Now it has its aiming to outgross the worldwide total of the second film in the series. The question remains on what will it take Paramount to get Tom Cruise back to do a fifth installment. He’s already lining up productions for the next few years. If he gets any older and he’ll be one reading off the “Your mission if you choose to accept it” messages. 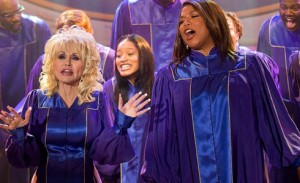 Part Glee, part Christian musical, Joyful Noise did better than it probably should. Parton hasn’t been truly relevant in movies since 1992’s Straight Talk. And for Latifah, outside of Bringing Down the House and Last Holiday and her vocal work in the Ice Age movies, she hasn’t really had any leading role successes of note.

Following the Latifah-Parton joint was Sherlock Holmes 2. Benefiting from not much competition in the marketplace, the sequel should finish in the range of its predecessor domestically, but be an even bigger hit on the international level. And despite early concerns that it would catch on with viewers, Sony Pictures’ American adaptation of The Girl with the Dragon Tattoo is getting up there and could cross $100 million in a few weeks. It’s early returns overseas is a good sign, too.

Fox cuts close to 600 screen for Alvin and the Chipmunks signaling that it has run its course theatrically, much to the delight of parents everywhere. War Horse has spent four weeks in the top ten and has only amassed figures in the mid-$60s. Not exactly a breakout success, but it is still attracting eyes. Finally, rounding out the list is a title that is likely going to be take it or leave it offering. The Iron Lady with Meryl Streep is getting serious Oscar buzz for her performance, but the film is a hard sell. Thanks to solid expansion, though, it netted a decent per-screen despite playing on only 802 screens.

In limited release, we had expansions for The Artist, Carnage and A Dangerous Method. Of those, Method is still seeing a nice $5k per-screen return in its eighth week of release. The Weinstein Company’s silent film homage netted $1.1 million from 216 locations, while SPC’s Carnage made $786k. Angelina Jolie’s In the Land of Blood and Honey collected $40k from 18 locations, and another Oscar hopeful, Extremely Loud & Incredibly Close saw only $88k earned from six screens. Keep tabs on what’s playing at your closest arthouse. You might find something that surprises you.