Stormwatch Spoilers: Roster Shake Up! Who Is The New Leader? Who Joins?

In six issues we’ve gone through quite a few leaders of this covert team of alien fighters. Adam One was the leader when the book opened, but he was…relieved of his duties and replaced with The Projectionist. Who was then captured by Harry Tanner, leaving a power void in Stormwatch that I would have expected to be filled by Jack Hawksmoor or J’onn J’onzz. However, neither winds up taking the call, in part due to the votes of new members Midnighter and Apollo. 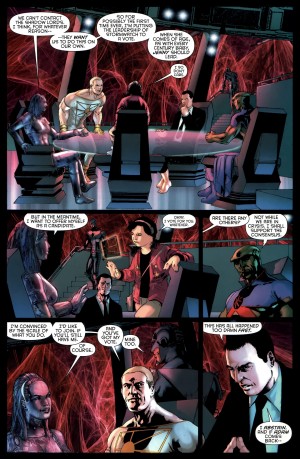 Quick tangent, but the duo joined in large part due to Midnighter, his joining the team is what secured Apollo’s membership. While they may not be a couple in this new canon, there are several teases about a potential relationship between the two. Including Midnighter not really hiding the fact that he’s coming on to Apollo.

So who did they vote into power? 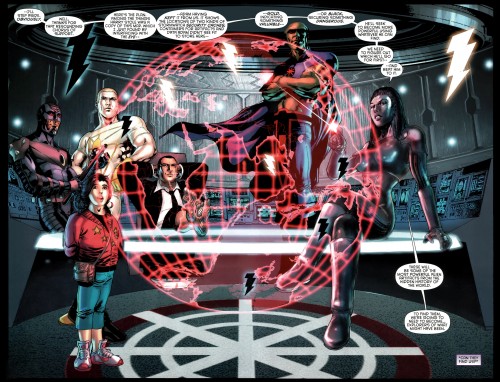 The Engineer! Angie is in charge of Stormwatch, at least until Adam One is found…or one of the upcoming new writers wants to shake it up.

Also, interestingly enough, all of the original characters that Paul Cornell created for this book have found themselves pushed into limbo as his run ends. Adam One is banished to some unknown shadowy dimensional limbo, and Harry Tanner has turned and captured the Projectionist.

Oh, hey, on top of ALL of this, Wildstorm Watch in full effect! The ship’s Daemonite A.I. now has a voice on the team as part of a compromise with Hawksmoor to keep Stormwatch from being discovered…albeit just too late as the US government notices their ship in orbit during it’s brief time out of hyper space!

Impact Wrestling Crowns New Champions At Under Siege 2022! Plus Does Deonna Purrazzo Walk Away With Any Gold?