DC Comics Relaunch Spoiler: Who Appears in the end of Huntress #6?

In the end of Huntress’s mini-series, she needs a quick escape from Italy, and it comes in the form of Karen Starr AKA Power Girl AKA Earth-2 Supergirl: 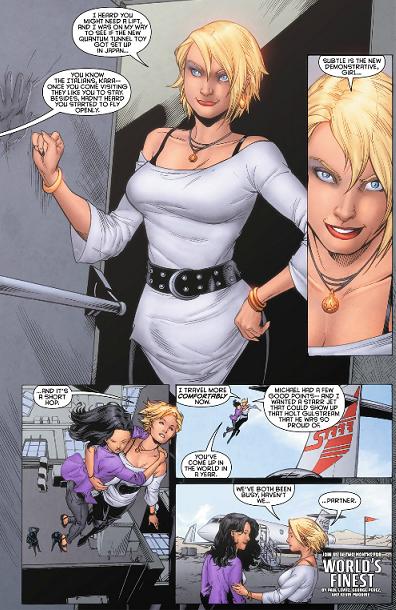 I love the not-at-all-subtle “Star” necklace that Karen Starr is wearing.

Karen had appeared in Mister Terrific’s series, and both Huntress and Power Girl will be featured heavily in Worlds’ Finest in a few months. As I have discussed a few times in the last few weeks, Huntress and Power Girl are actually Earth-2’s Robin and Supergirl, respectively, who somehow ended up stranded on the main DC Universe.