DC Comics released their March 2014 solicitations of the DC New 52 and beyond. Below are the Top 5 solicits.

For long-time fans of the New Teen Titans from the 1980’s and even those DC New 52 fans of Red Hood and the Outlaws, you are likely familiar with Starfire – the orange hued alien Tamaranean warrior princess – and her common refrain of “X-Hal”. This is similar to what those may exclaim as “Jeez” or “god” or in Superman’s case “Rao”. Well in March 2014, Kyle Rayner – DC’s White Lantern – and his New Guardians meet X-Hal herself! 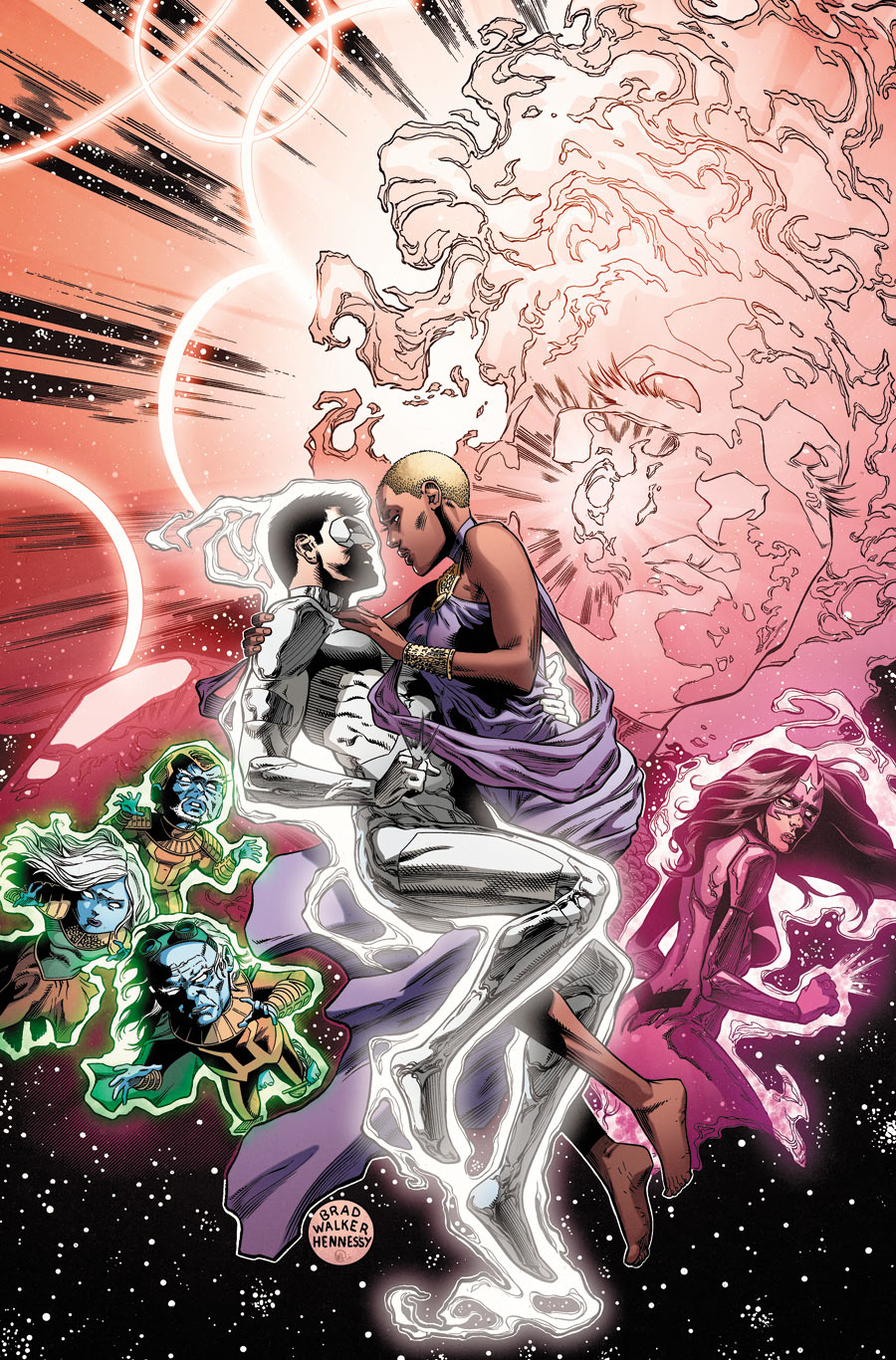 The powerful God-Killers are coming for the Tamaranean goddess X’Hal – but she’s taken a VERY strong interest in Kyle Rayner! But is her dark side too much for Kyle to bear?

Suicide Squad, in its current super-villain work-release programme incarnation, is a concept I have loved since it was introduced by wrote John Ostrander in the 1980’s. Since then, particularly in DC Comics’ New 52, it has become an important title for editorial. In March we get two helpings of the Suicide Squad.

The first is with a new standalone one-shot featuring Amanda Waller. 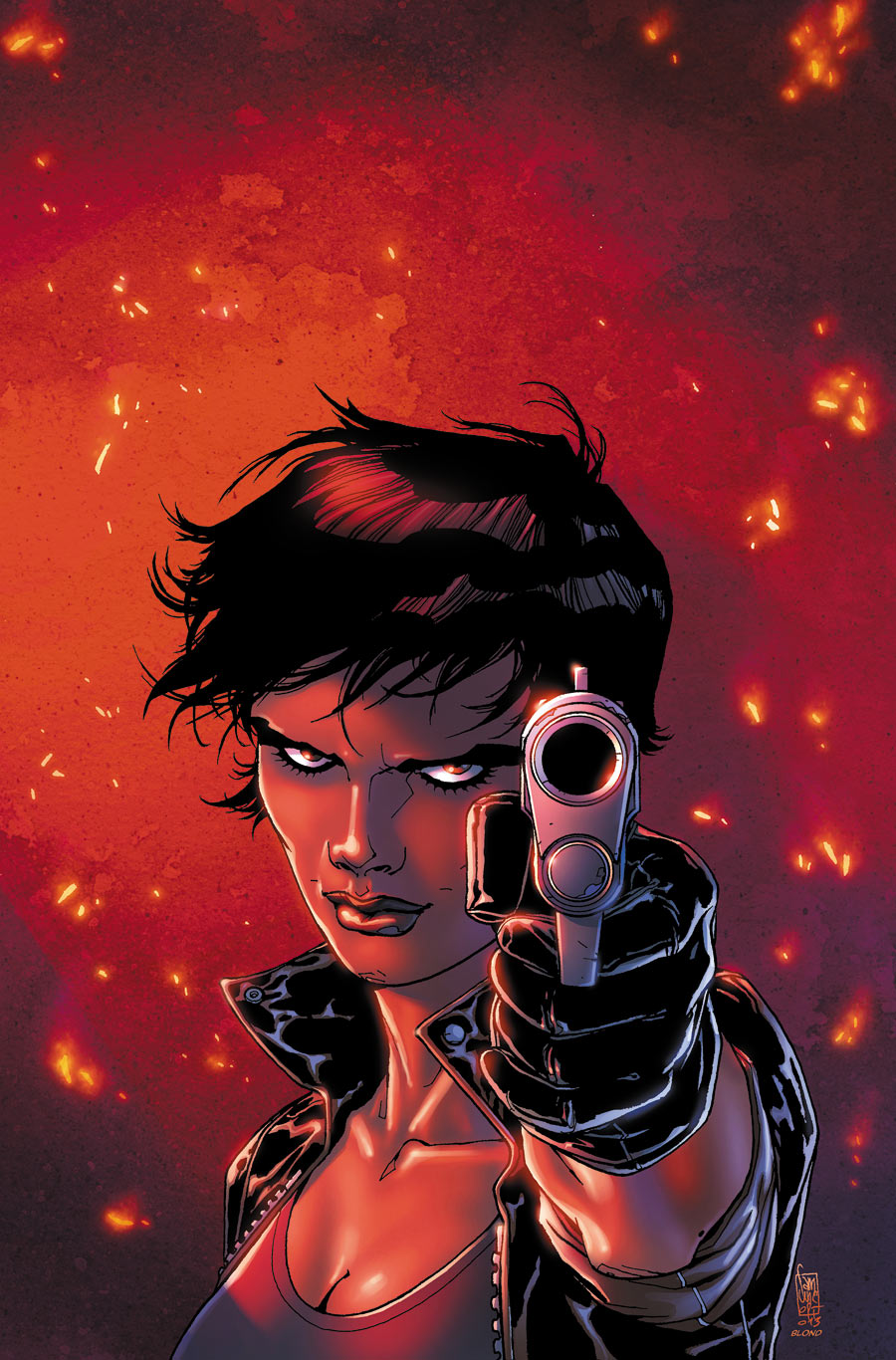 As head of both Suicide Squad and A.R.G.U.S., Amanda Waller has made a lot of enemies over the years. And now, without either of those groups at her disposal, one of those enemies has come to kill her! She must stop him all by herself or die trying…

The second is your usual monthly dose of the Squad in Suicide Squad #29. 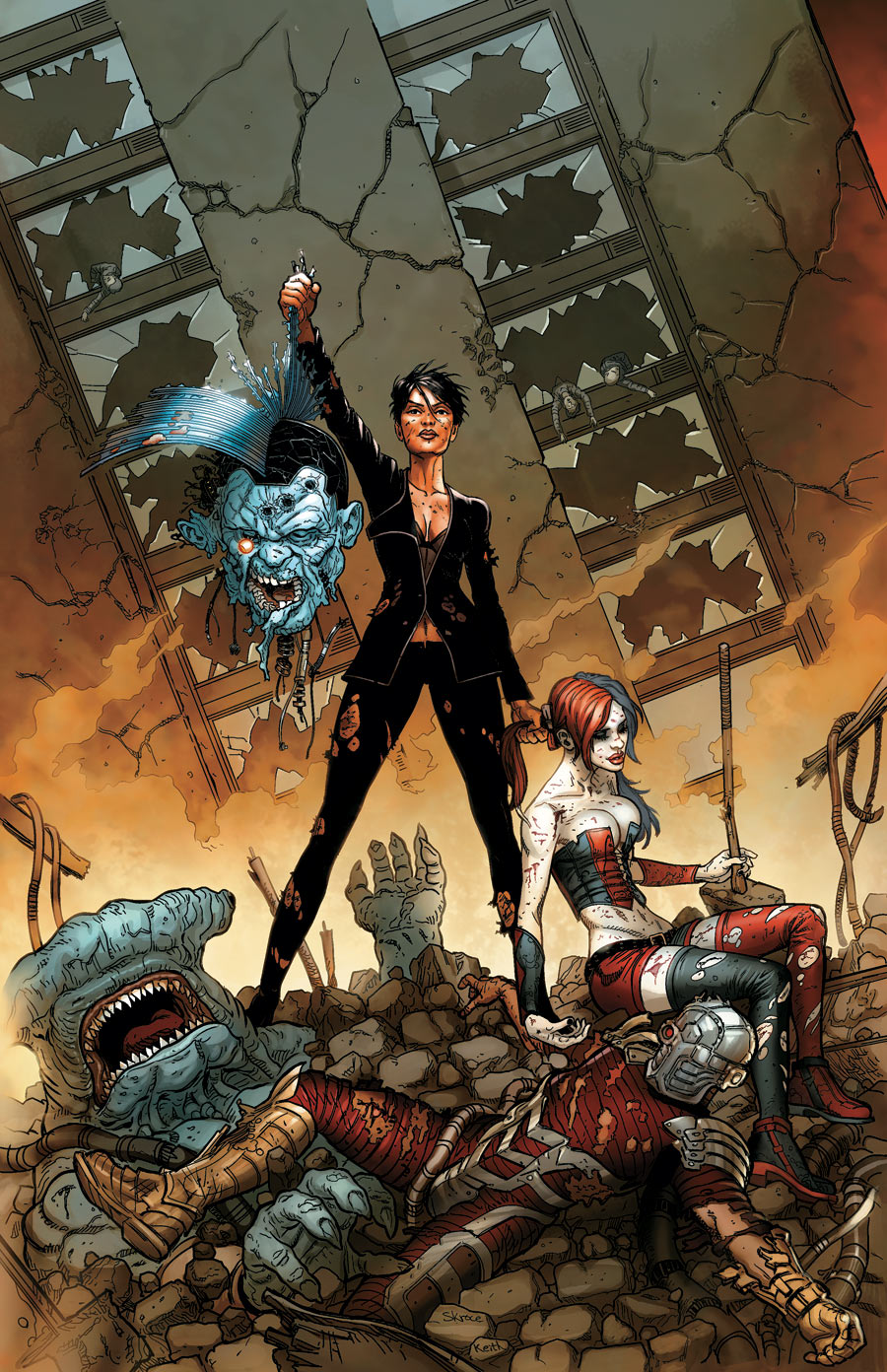 The Squad must stop The Thinker from delivering OMAC to the Crime Syndicate, but with Belle Reve in ruins and the team betrayed by one of their own, do they really stand a chance?

Like with the Suicide Squad concept, I have loved the concept of DC’s multiverse back to when I first encountered it in an ongoing series called All Star Squadron in the 1980’s. I then quickly gobbled up all the Justice League / Justice Society annual yearly cross-overs back to the Silver Age.

In the DC New 52, Earth 2 is an ongoing series that has carved its own destiny not tied to the World War II roots of the original Earth 2 Justice Society. It is a book that has fully embraced the alternate Earth concept and built up something fresh yet tied to DC’s storied legacy.

That book also casts a shadow into another title called Worlds’ Finest that features Earth 2’s Robin and Supergirl as Huntress and Power Girl “stuck” on the main DC Comics’ Earth a.k.a. Prime Earth according to DC Comics Co-Publisher Dan DiDio. In March, the cross-over between Worlds’ Finest and the Superman/Batman series continues. 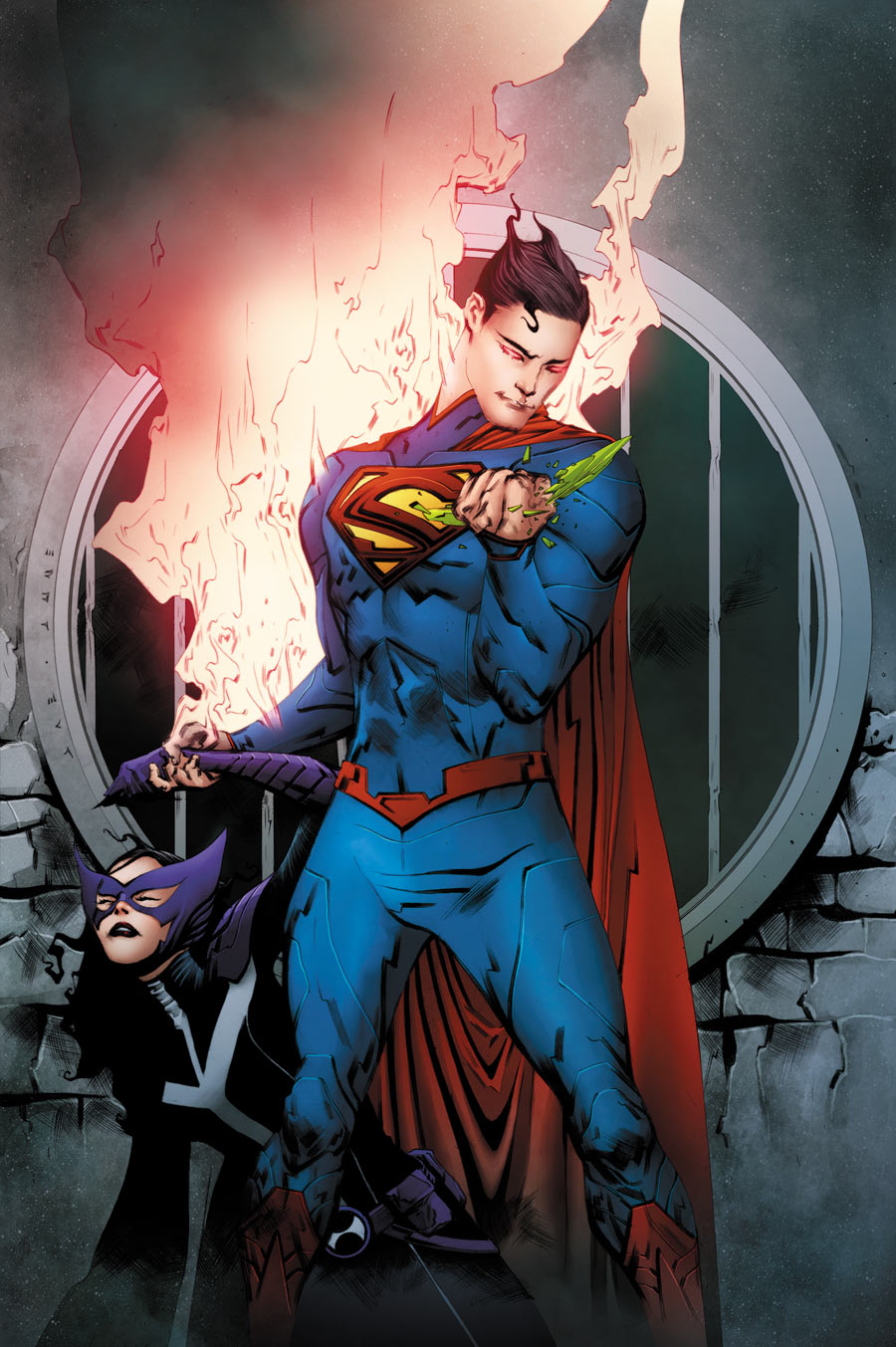 Retailers: This issue will ship with three covers. Please see the order form for more information.
“First Contact” continues from last month’s explosive WORLD’S FINEST #20 as Batman, Superman, Huntress and Power Girl battle a massive new threat to the DC Universe! As Kaizan Gamorra unleashes the means to take down Superman, an unbelievable discovery is made that will have major repercussions in 2014! 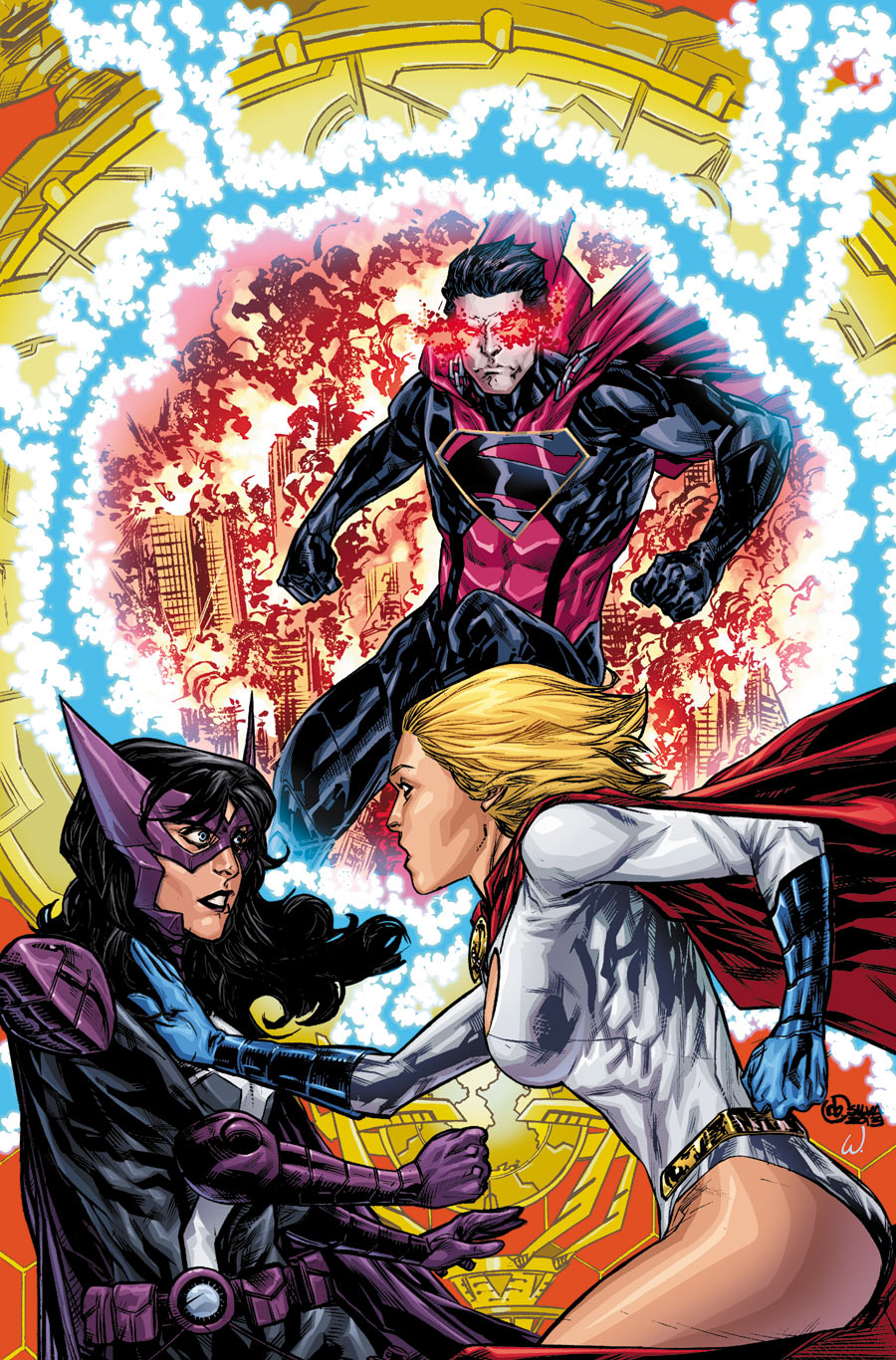 The “First Contact” crossover with BATMAN/SUPERMAN reaches its conclusion as Kaizan Gamorra unleashes a plot to depower Power Girl and unlock the secrets of Superman of Earth 2!

In addition, March 2014 also brings us more alternate Earth with Earth 2 #21. Has Earth 2’s new all-powerful joined up yet? 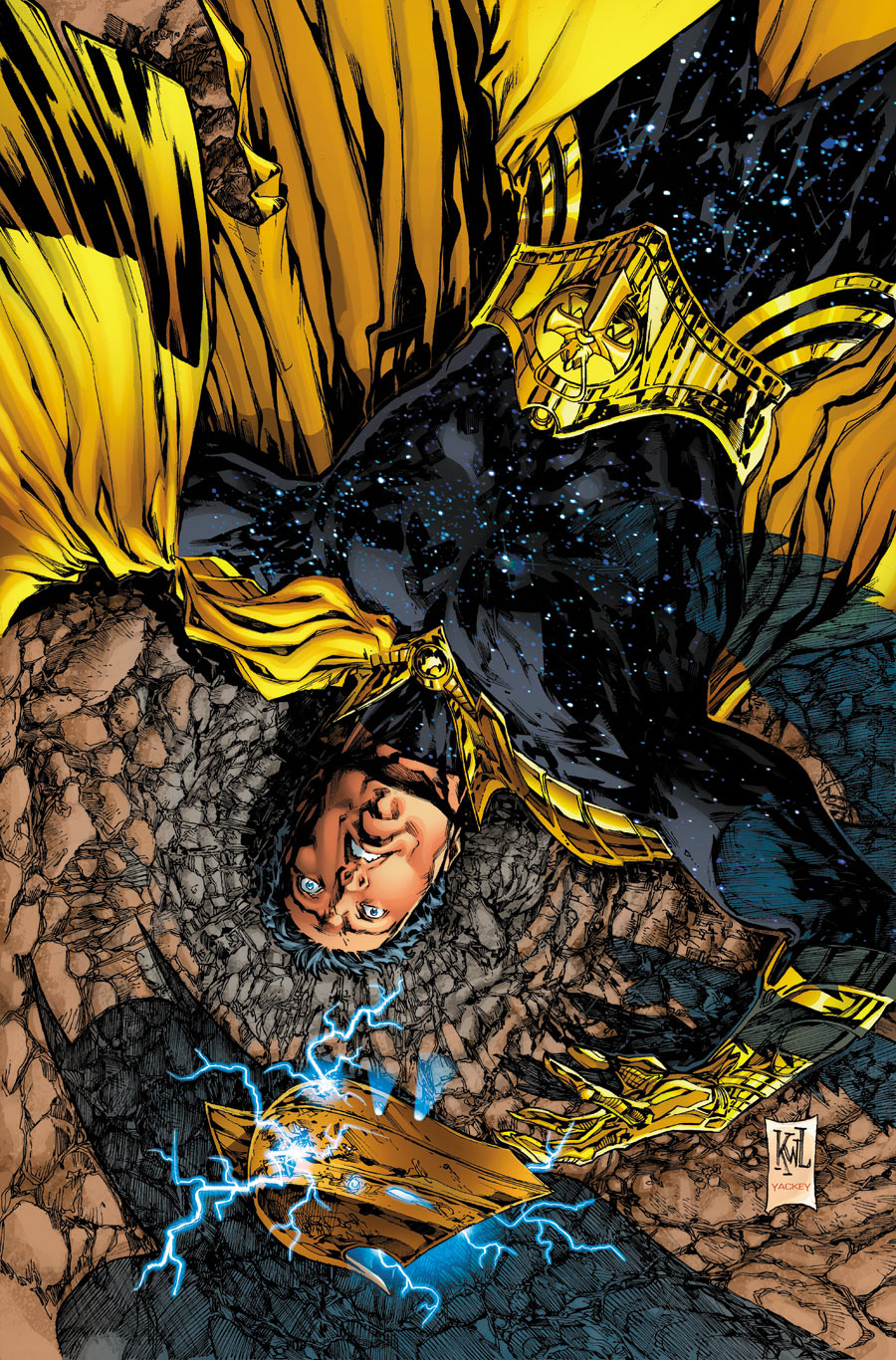 Forever Evil reaches is climactic end in March 2014 and we also learn how the Justice Leagues finally escape their prison. 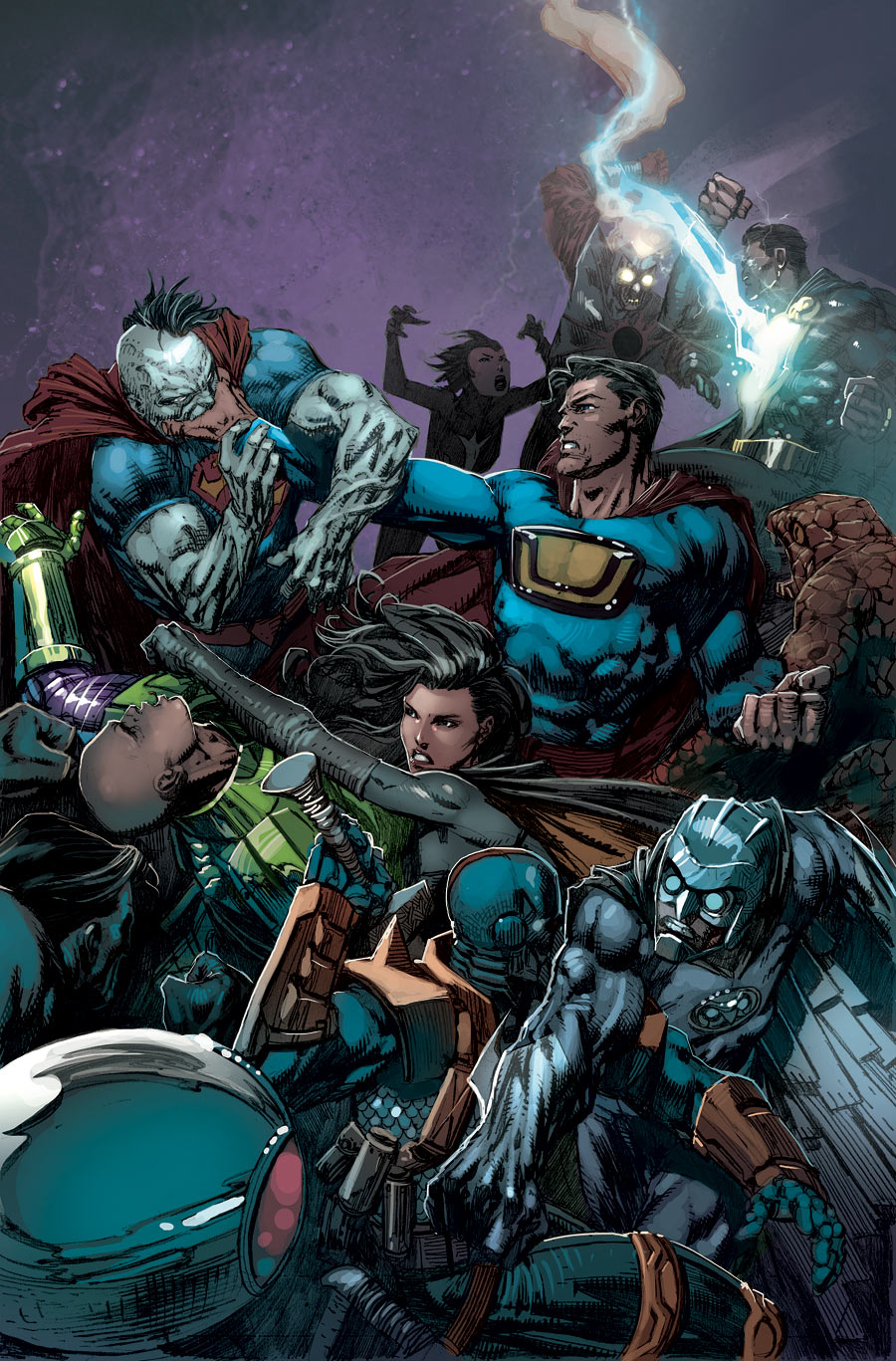 Retailers: This issue will ship with six covers. Please see the order form for more information.
It’s evil versus evil in the shocking “take-no-prisoners” conclusion to FOREVER EVIL! What will be the fate of Lex Luthor and his Injustice League? Who will live – and who will die? And why is The Hooded Man the most feared being from the Syndicate’s world? Do not miss this startling finale that will leave the DC universe reeling and reveal the secrets to the future! 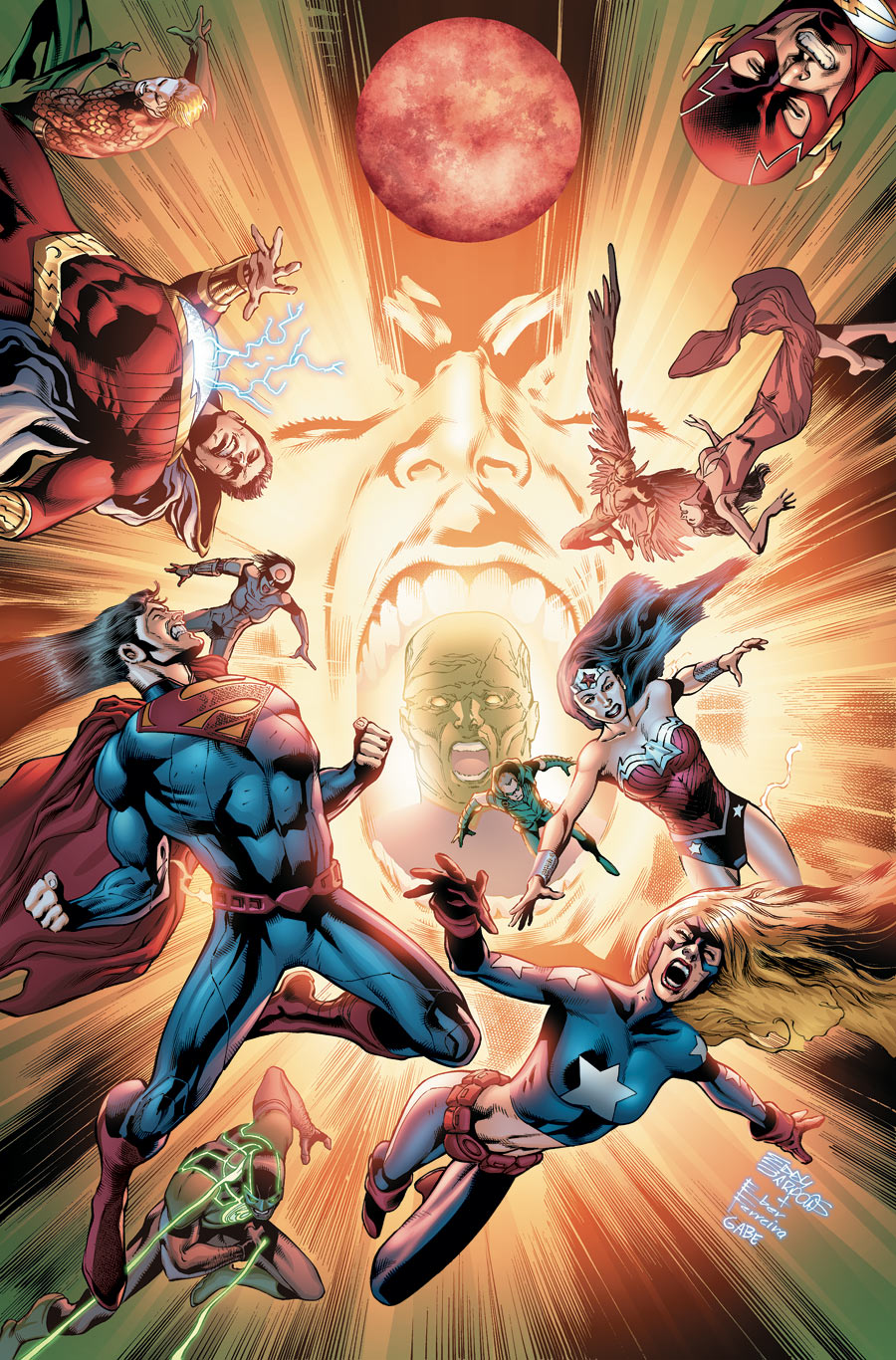 Retailers: This issue will ship with three covers. Please see the order form for more information.
The fate of the Justice League revealed! Will Manhunter and Stargirl be alive long enough to learn the truth?

In March 2014 DC officially cancels Batman: The Dark Knight with its 29th issue, Talon with its 17th issue and Animal Man with its #29th issue. Stormwatch is set for cancellation as announced by DC with its 30th issue in April 2014. 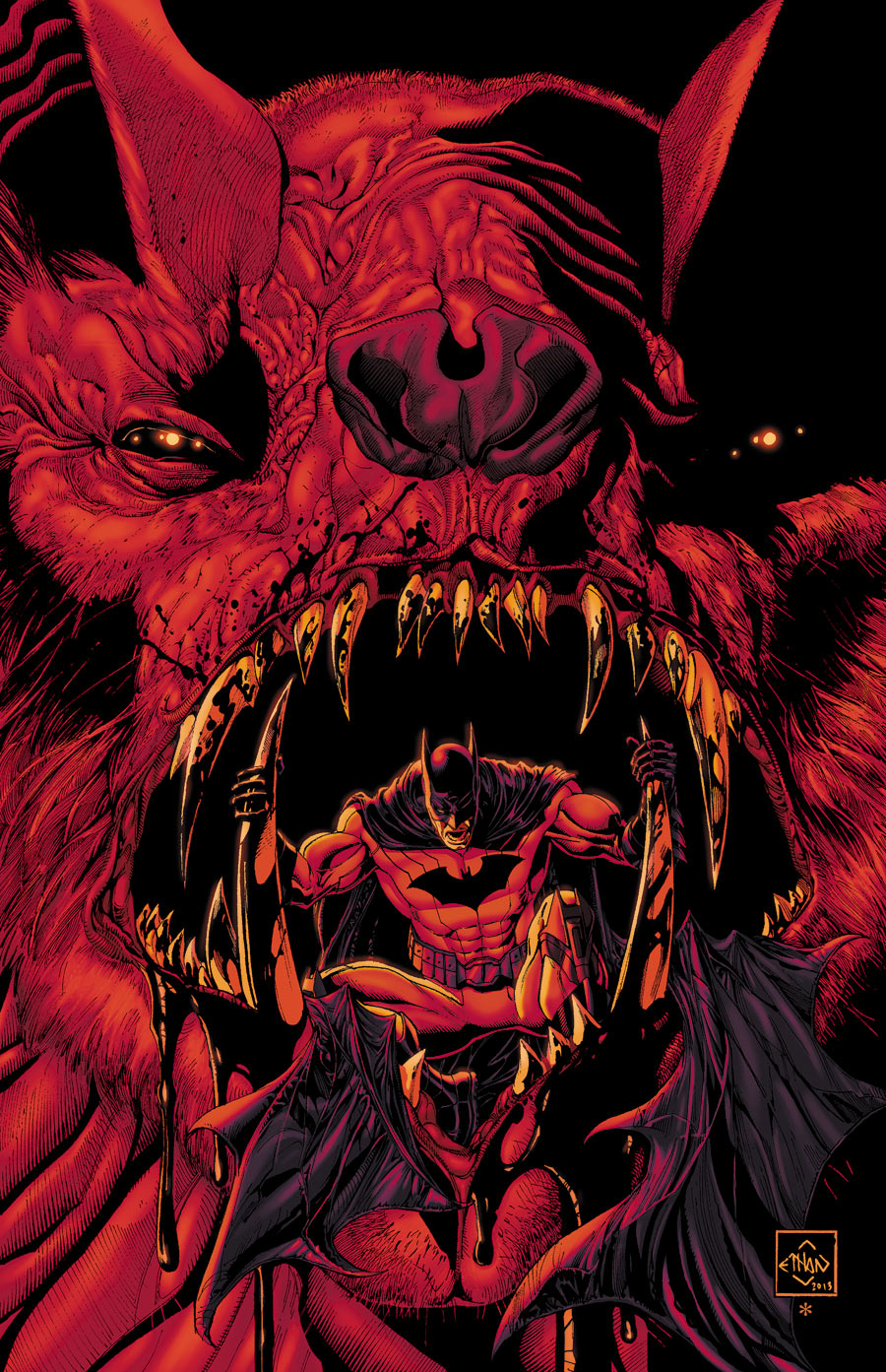 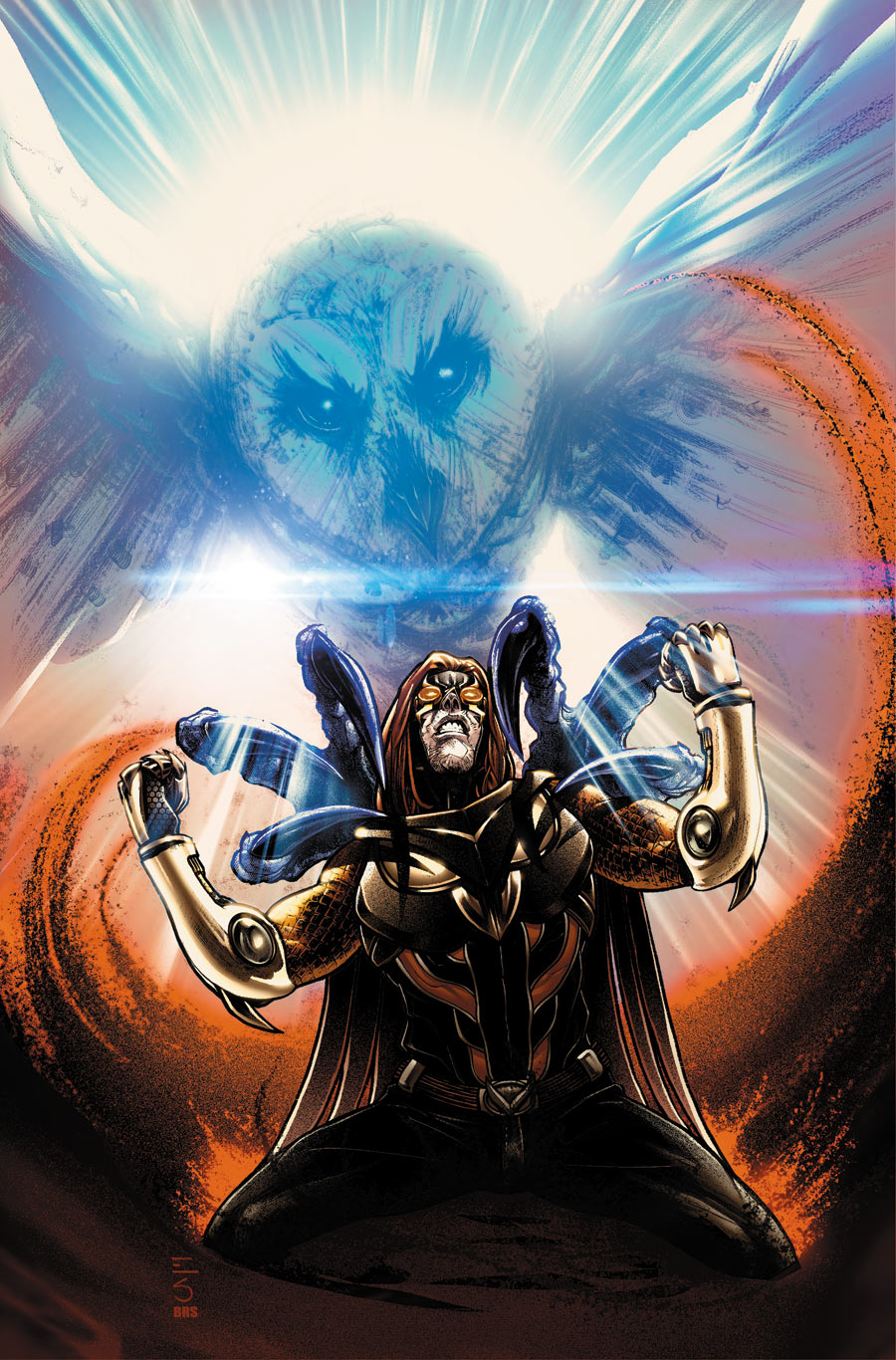 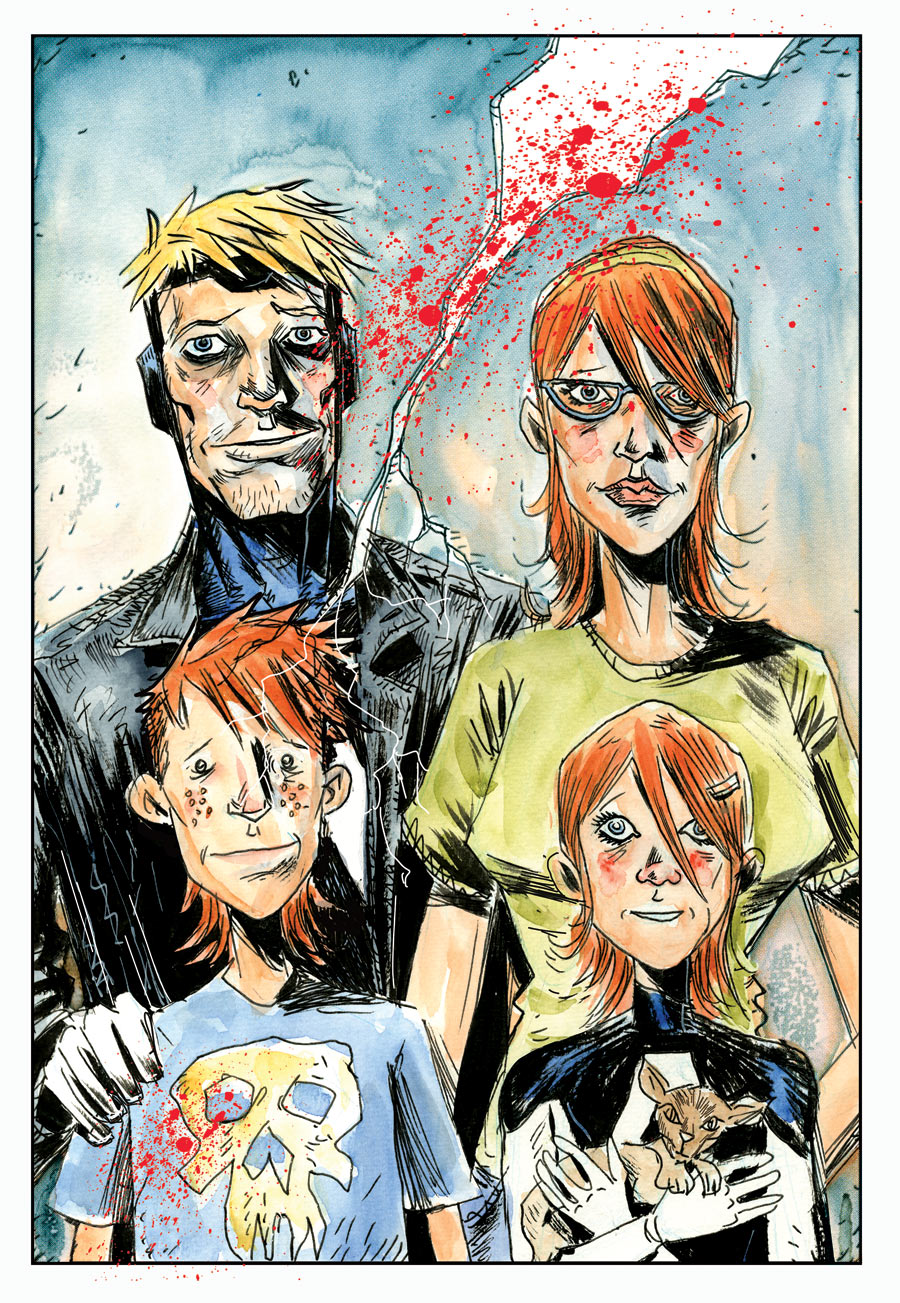 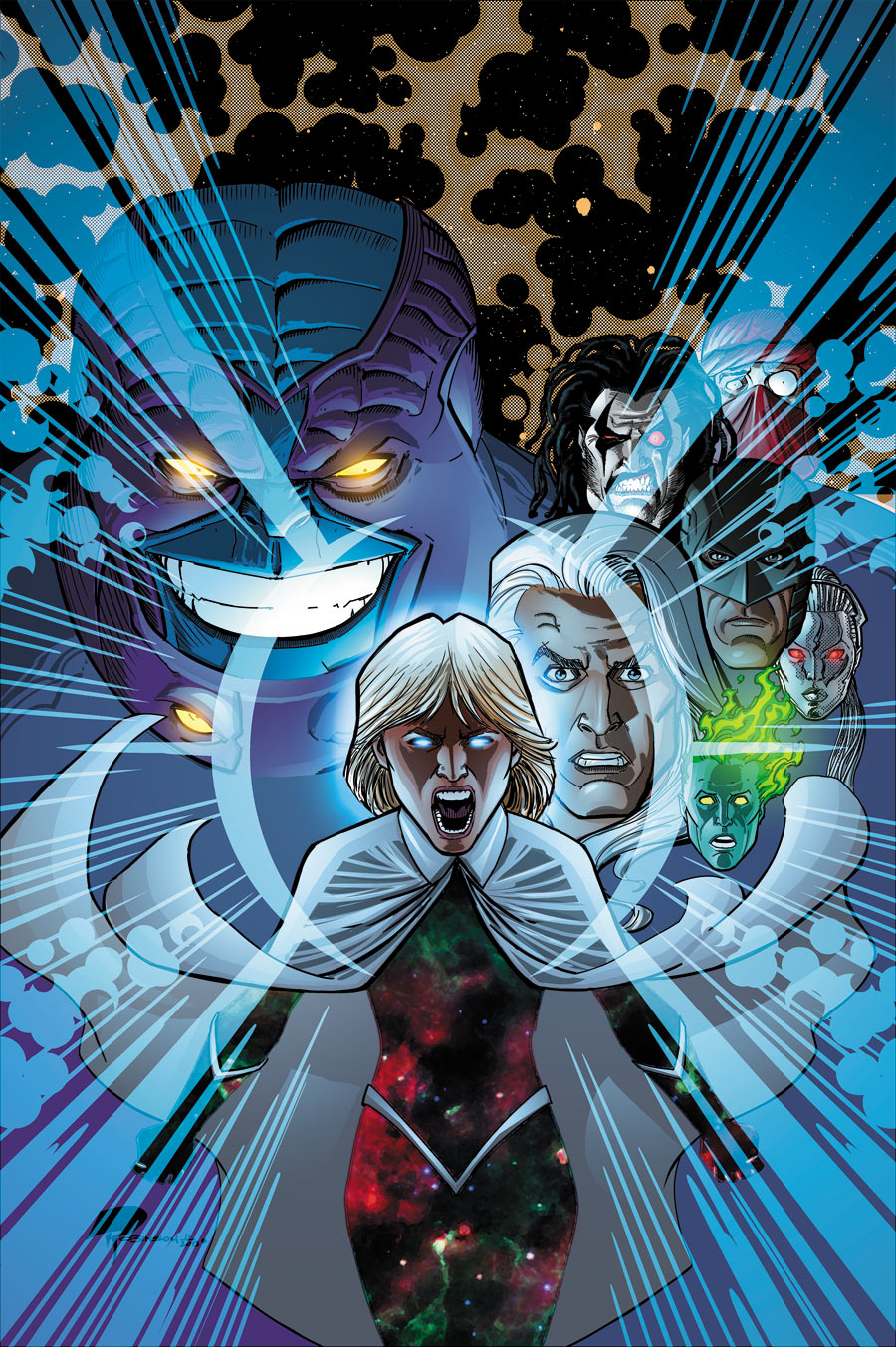 So, it would appear that April 2014 would need to launch at least ten new ongoing series to make its DC Comics “New 52″ branding accurate; DC has stated from the beginning that the New 52 referred to 52 ongoing series.

With Stormwatch’s cancellation in April, will DC launch a new series replace it in May 2014 so that DC has 52 ongoing series or will DC just launch all 11 new series and make April 2014 a one month DC New 53?

Superboy is a book I can’t put down nowadays with all its time travel, alternate futures and teasing of the importance of Superboy to the Legion of Super-Heroes despite that book’s cancellation and its replacement by the Justice League 3000. It is isn’t even clear whether the LOSH is from Prime Earth’s future of an alternate Earth’s future as teased in LOSH’s final issue.

Looks like Superboy’s evil doppelgänger – the future son of Superman and Lois Lane – and his evil Legion of Super-Heroes take center stage in March 2014. 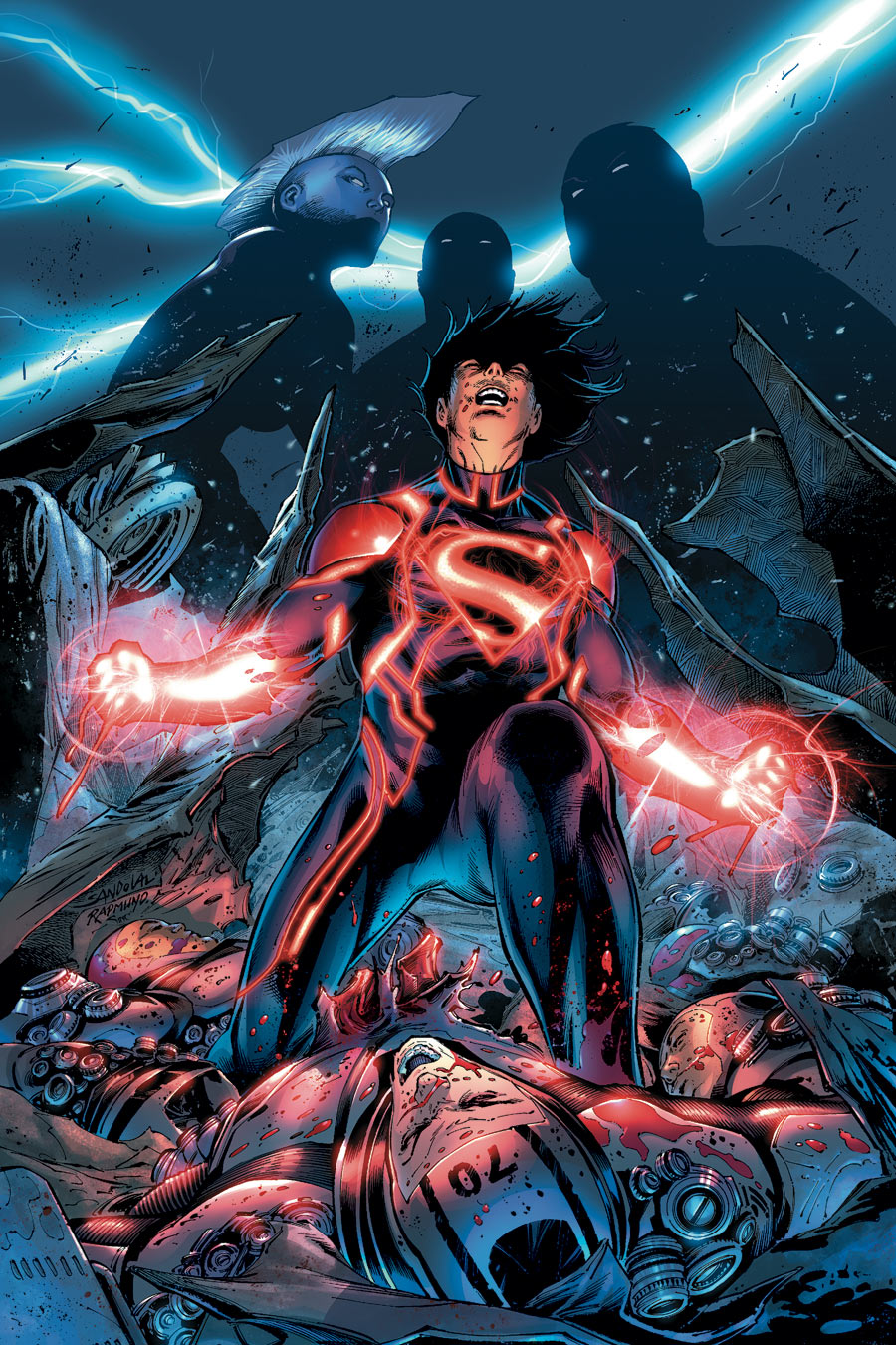 Retailers: This issue will ship with two covers. Please see the order form for details.
Superman and Starfire must deal with a cache of deadly alien weapons – and its horrifying impact on the innocents who find them! But first, these two heroes will have to stop fighting each other before someone ends up dead!