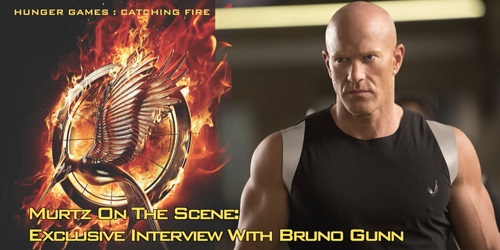 The Hunger Games: Catching Fire lived up to the hype.

The sequel to last year’s box office blockbuster succeeded on nearly every level.

Primarily it is because Catching Fire is the best book in Suzanne Collins’ trilogy. The movie takes place just after the preceding movie where protagonists Katniss Everdeen (Jennifer Lawrence) and Peeta Mellark (Josh Hutcherson) are declared the winners of the 74th Hunger Games. This rogue Olympics are a battle where one boy and one girl between the ages of 12 and 18 are ‘reaped’ from each of the 12 districts of Panem to participate in an outdoor arena fight to the death until only one remains. The brutal contest is designed to showcase the superiority of the reigning Capitol over the poorer towns that it presides over. In Catching Fire, instead of serving as mentors in the next Games as has been the tradition, in an effort to punish Katniss for being the figurehead of a movement against the Capitol, President Snow punishes her by mandating that the contestants for the 75th Hunger Games be reaped from the existing pool of victors. As District 12’s only female victor, that means Katniss will be going back in and this time will be competing against older veterans who have all won before.

In addition to the dramatic plot twist, the movie finally starts to establish important characters outside of the film’s core duo of Katniss and Peeta. One of these new characters is Brutus, played perfectly by Bruno Gunn.

Brutus is one of Katniss’ major rivals in the 75th Quarter Quell Games. The bald killer previously won the 48th iteration of the Games. When President Snow announced that the pool of competitors for the new Games would be selected from previous victors, Brutus gladly volunteered to go back in and seemed excited by the prospect of killing again.

While Brutus narrowly avoided Katniss’ arrows in the initial rush to the Cornucopia, he was clearly a force to be reckoned with as his Career Page managed to kill off most of the competition leaving only Katniss’ Rebel Alliance as his only obstacle before certain victory.

During my recent trip to LA, I caught up with Bruno Gunn to discuss how he landed the role and how versed he was in the character. We discussed the preparation he did and if he had to spend a lot of time familiarizing himself with spears as that was Brutus’ weapon of choice in the arena. We discussed whether he thought that the fictionalized Hunger Games could ever actually take place. We chatted about the rabid fanbase that The Hunger Games has and while it has developed such a fanatical and rabid fanbase.
Check out the video above!