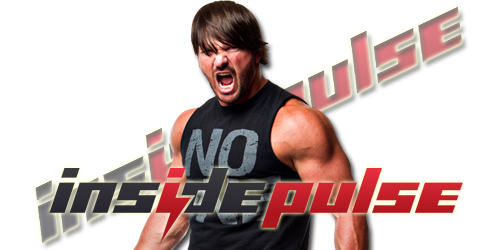 In a recent interview, AJ Styles talked candidly about a variety of subjects

Would he go to Global Force Wrestling?
I think that there’s definitely an opening, it’s just finding an opening in the schedule. That’s the biggest problem we’ve come across is my schedule is so full that it’s hard to fit me in. That’s the problem we’re having right now. I always stay bus but I’d say it’s only a matter of time before I show up in Global Force.

On his reaction when he found out ROH were going to be on Destination America
A huge shock to me. Did not expect something like that. It’s one of those things where I was told and I just started laughing. It was just one of those things, I was so surprised I just started laughing hysterically. I even called a couple of my buddies in Ring of Honor and we just chuckled together. It’s gonna be fun man. We always did a great job with wrestling but now there’s something to prove and I think you’re gonna see a different Ring of Honor, in a good way.

Would he go to NXT?
The first thing I’m gonna do is what’s best for me and my family, that’s what I’m gonna do. People know I was in TNA but I don’t think people think of me now as ‘The TNA Guy’ Now they see me as a New japan guy or a Ring of Honor guy. I had to work to make sure I wasn’t known as a TNA guy to get my product, being AJ Styles, out there again but at the end of the day like I say, whatever’s best for me and my family I’ll do. This is a business. Despite what people may think “AJ left TNA” this is a job. I thought I deserved a little bit more for all the effort and stuff into, you know any business, and to not get paid what I think I deserve would be dumb. You don’t work hard to take a step down, you work hard to take steps up. I went out and found a step up in the wrestling business and if there’s another opportunity to step up, then I’ll do that.