Eighteen crisp, clean, flashy number ones hit all sides of your wallet in October 2015! Aside from those, two separate one-shots featuring various short stories of this different direction also make their way to the shelves.

There was mention of MARVEL SUPER HERO SPECTACULAR at SDCC but I won’t really include it here (even though I’m writing a brief blurb) simply because it looks out-of-continuity based on the cover (Odinson is still Thor). Plus, it looks more like a Disney thing based on the synopsis as well as the AVENGERS ASSEMBLE animated series line-up.

Here are the Top 3 books I’m most excited about.

The spotlight shines on Agents of S.H.I.E.L.D., Carnage, the Contest of Champions, Daredevil, and two hush-hush features. The cover sports Groot and Rocket Raccoon Raccoon hinting at GUARDIANS of the GALAXY unless that’s a red herring. Plus, the female is Crystal and I read a spoiler that Charles Soule is releasing ALL-NEW INHUMANS with her as the lead. Oops!! Did I say that? 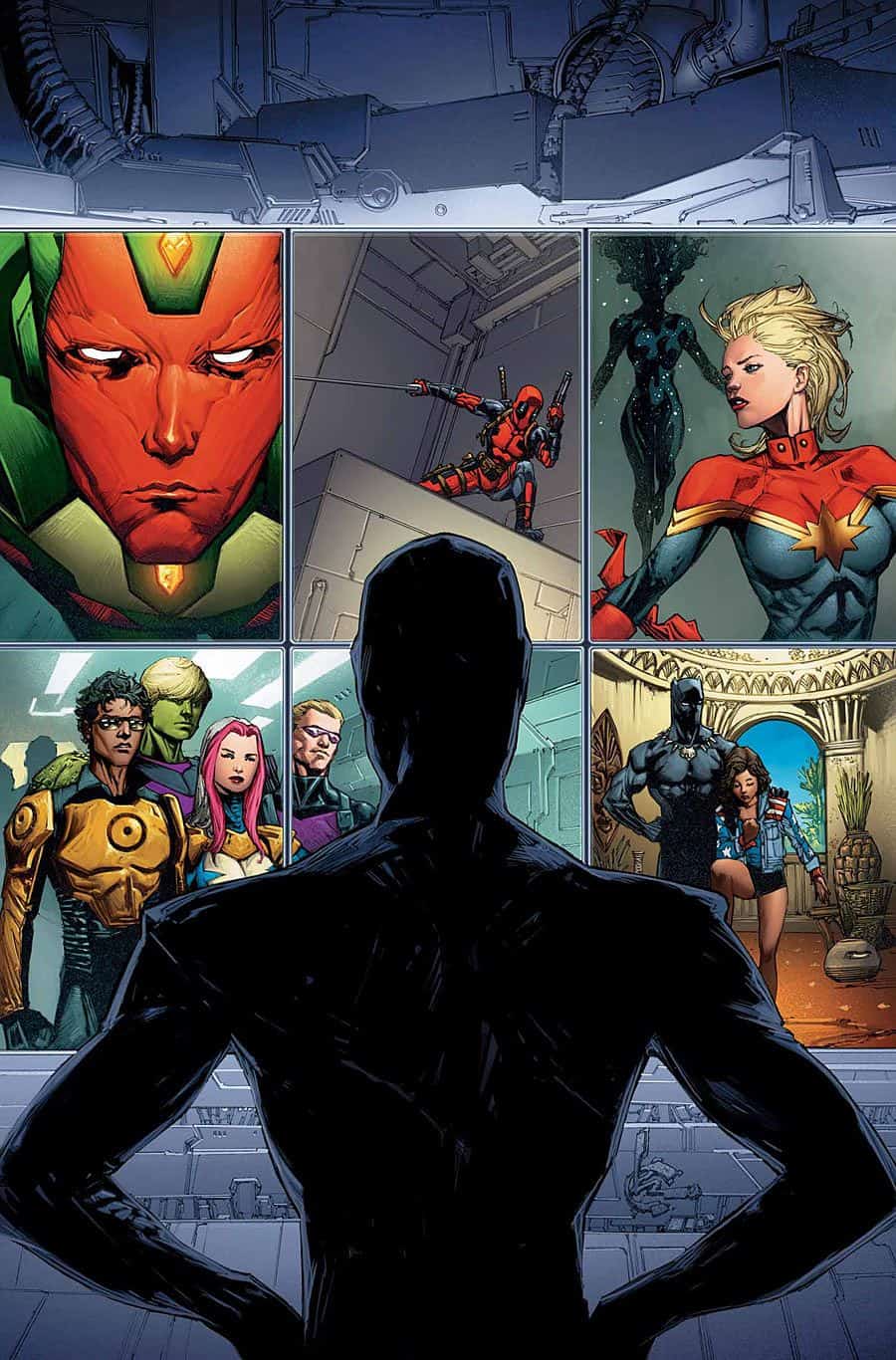 Who is the new Watcher surveying the various branches of Earth’s Mightiest Heroes?? All-New All-Different, New or simply Uncanny? What tickles your fancy? Plus, A-Force and Ultimates are close-enough additions as well as the Ultimates for affiliation purposes. 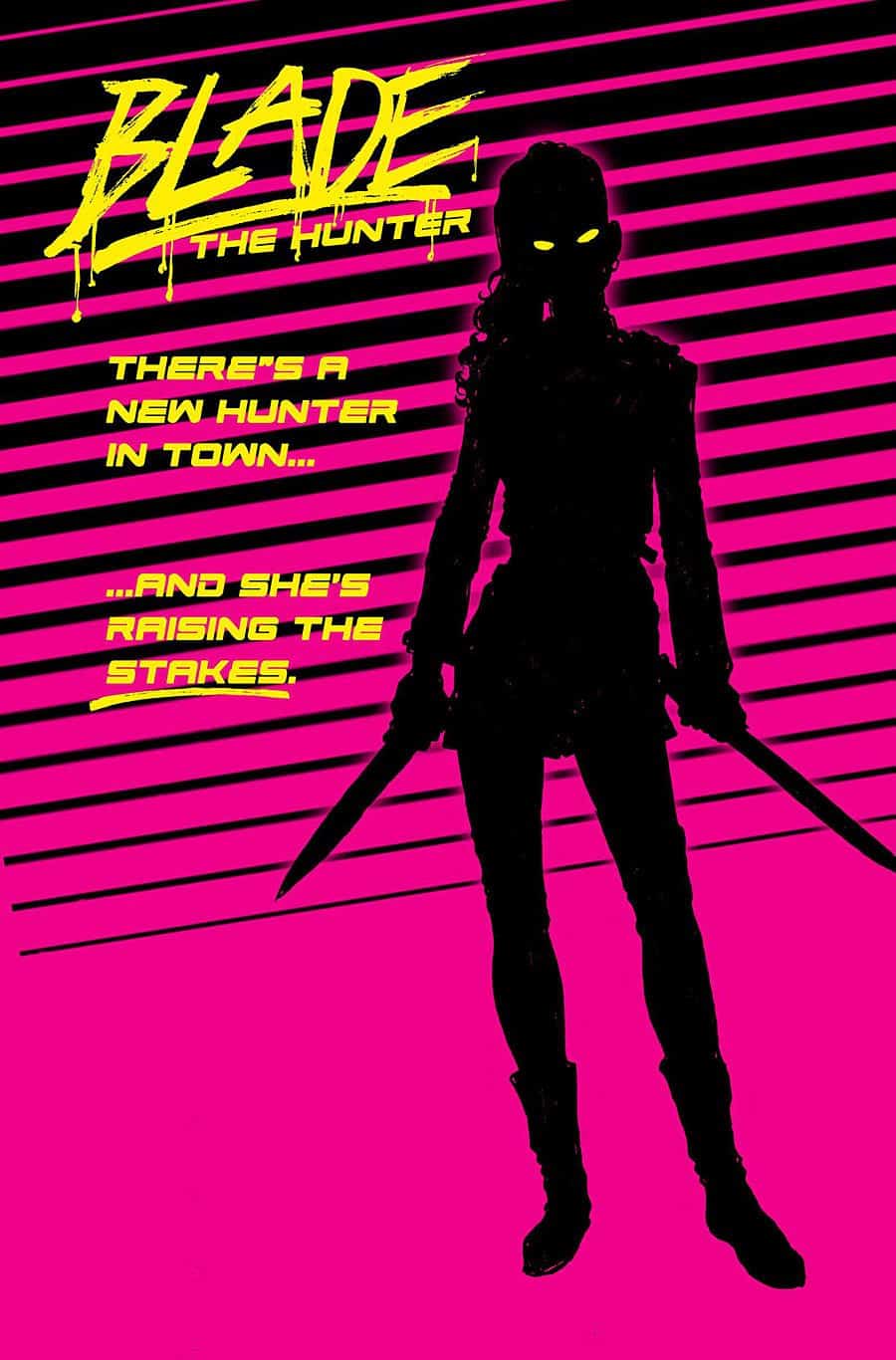 SDCC revealed that the Vampire Hunter has a legacy to uphold!! Fallon Grey, the titular character’s teenage daughter has inherited the family business. And, to make it fresh and exciting: no vampires!! Other monsters exist too. 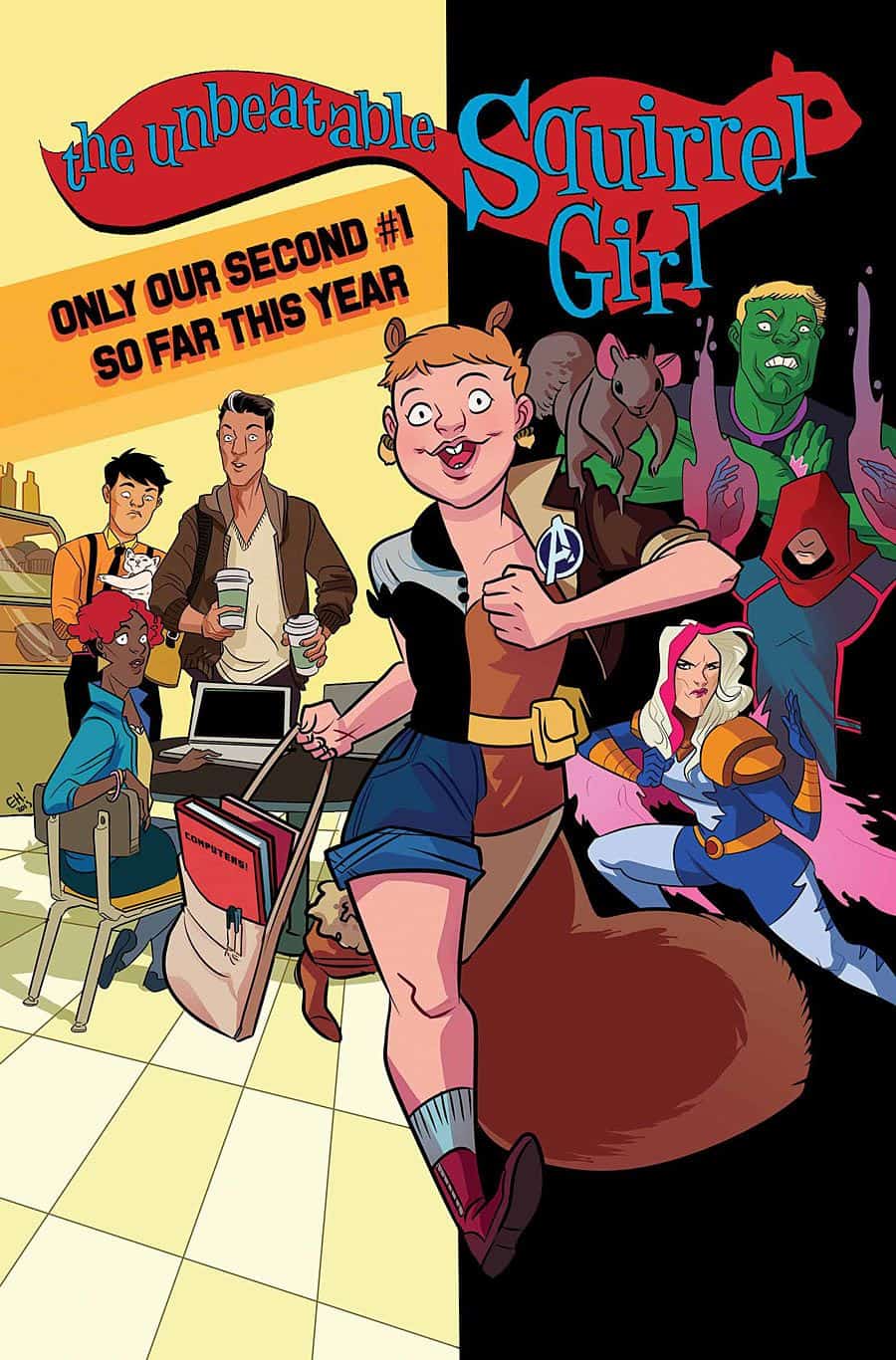 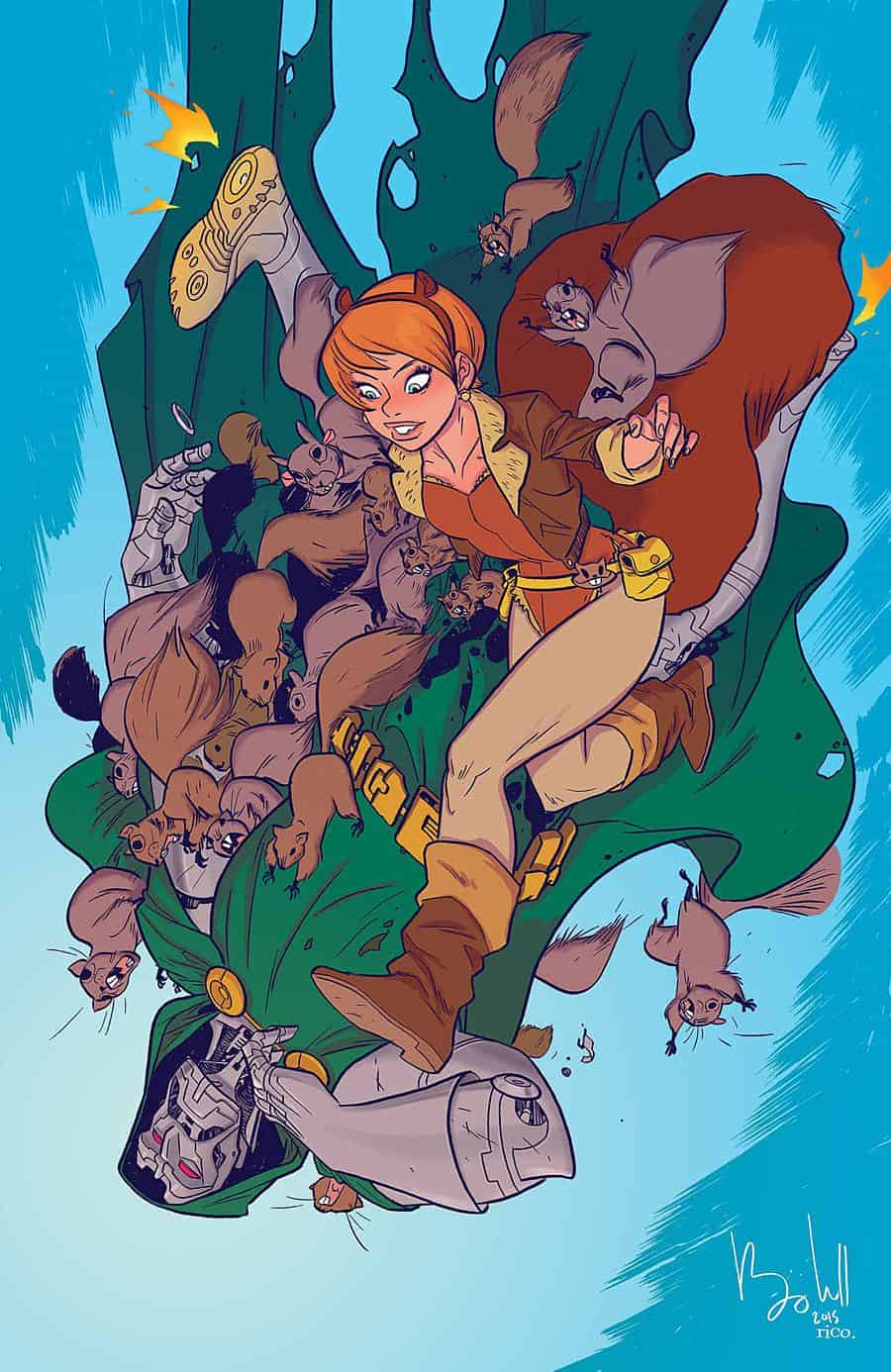 Doreen Green (hey, that rhymes!) continues to stay in college but she’s also bound to be a true-blue member of the Avengers!! How nutty is that? So nice they had to launch her series twice!