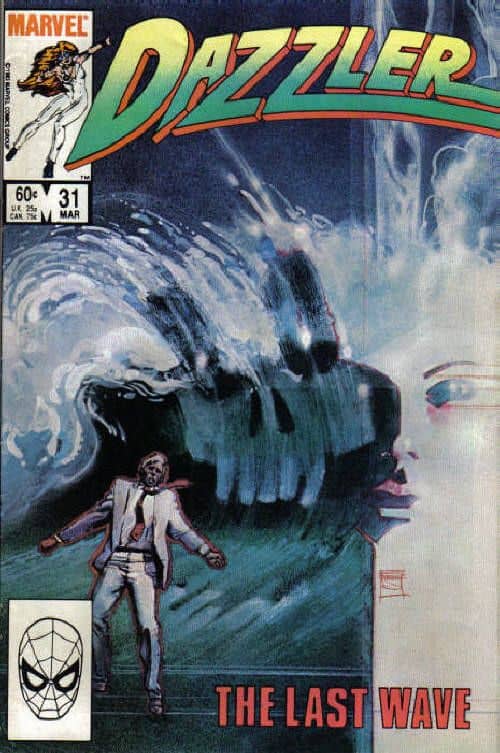 Spoilers (from thirty-two to thirty-four years ago)

After Danny Fingeroth left this title, it was clear that Jim Shooter had big plans for the book.  His name kept showing up as writer or co-writer, and he had plans for a graphic novel (which was rare in those days) to make big changes for the character, followed by a miniseries that dealt with the fallout of the OGN, and featured Ali partnering with The Beast, all while the regular bi-monthly series continued.

I know that Shooter created Ali’s character, more or less, and figure that’s also why he gave her a semi-prominent role in Secret Wars II, the cross-over that should never be discussed.

So the question put to us is, did Shooter’s plans lead to better comics?   Did the work he did benefit Ali as a character? Let’s find out… 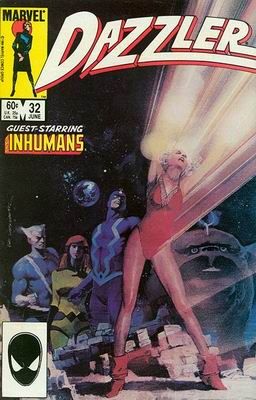 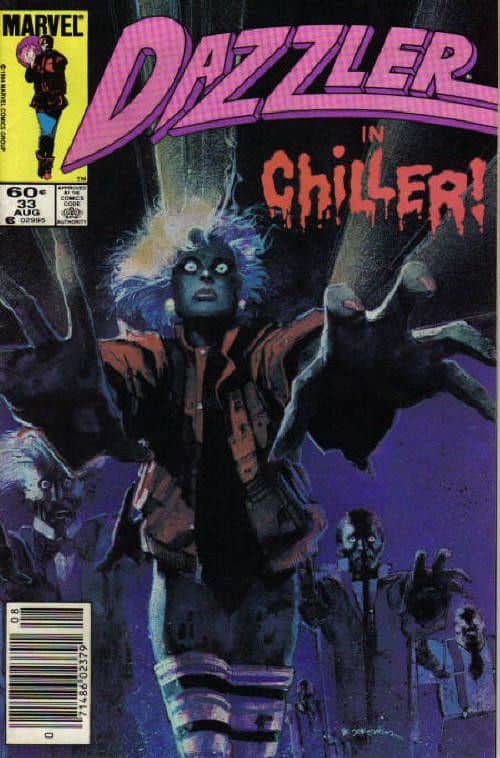 I completely forgot that Dazzler was originally going to be the lone female member of X-Factor before plans were made to bring Jean Grey back.  I don’t know how it would have made sense to have a world-famous singer join a team that was, at the beginning, supposed to be passing for human. 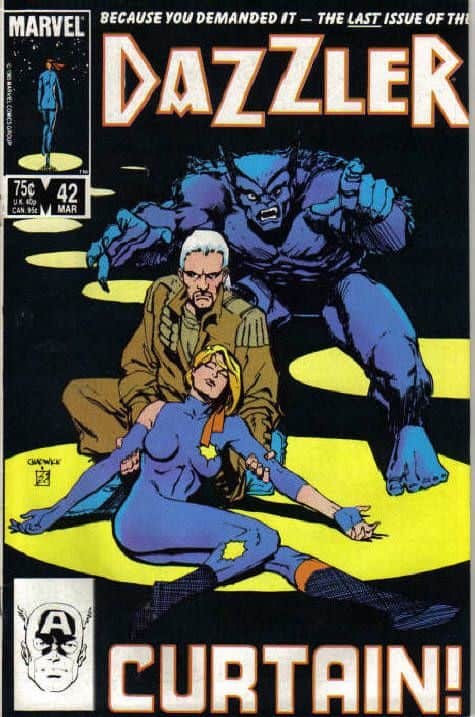 Anyway, the rest of the Dazzler’s series from where I left off in the last column was generally pretty terrible.  The Graphic Novel seems to have been an attempt to elevate the character to new heights, and to give writers a forum to explore anti-mutant sentiment, perhaps in all its metaphoric glory, but everything fell flat pretty quickly.  Moving Ali’s story into the Beauty and the Beast miniseries, while continuing to run some ineffective fill-in issues in her own title, was probably a mistake. Having Ali, as a newly outed and controversial figure hide out in an underground coliseum felt as forced as her relationship with Hank McCoy (which, I think, was never mentioned again).

I remember the Goodwin/Chadwick issues being a lot better than they actually are.  Ali is “captured” by OZ Chase for skipping bail, but never talks about the fact that there are no charges against her that she knows of.  From there, as they are manipulated by Dust in a convoluted way, they become incredibly close friends in a way that feels as forced as Ali’s relationship with Hank.

Also, the exposition!  Those last couple of issues were just so wordy that I found myself skipping over large blocks of text.  Maybe Goodwin had fewer issues than he expected to finish the story, since the book did get cancelled, but still, it was painful.

As well, I can understand why Ali got rid of the disco suit, but her new Charles Xavier-aided superhero outfit is pretty generic.  For months, we never saw Ali suit up in any way, and then as soon as Chadwick came on board, it’s just about the only thing she wore.

Ali’s character also suffered over the course of these comics.  We lost the strong woman who was working so hard to be independently successful, and instead watched her fall for Roman Nekobah’s spell of fame and fortune.  From there, we saw her more or less accept everything that Michael Flynn offered her, leading her into the Gladiators.  After that, it was not far from her basically just accepting that a bounty hunter was going to deliver her to Colorado on charges that she skipped bail in LA.  Ali stopped questioning her life, and really just allowed the plot to take her where her writers needed her to go.  It was unfortunate, because Marvel needed more strong female leads at the time (Spider-Woman and She-Hulk’s books both got canceled long before Ali’s did, and I’m pretty sure she was the last woman standing in 1986 when this title got the chop).

From these issues, Ali next joined the X-Men, and was used very well during the Outback Era.  Since then, I feel like the character has been under-utilized or badly mishandled. I was never a big fan of her relationship with Longshot, as after Claremont’s time with them, it just seemed to hold her back as a character.  The worst offender, of course, is Brian Michael Bendis, who had her turned into a source of MGH for Mystique, but also a SHIELD agent, and a very angry goth. I’m hoping that Matthew Rosenberg can get her back on track in her current Astonishing X-Men appearances.

At the end of it all, I’d say that this book was at its best when under the control of Danny Fingeroth and Frank Springer.  That’s the only time she had a consistent supporting cast, and underwent a prolonged arc of character development, as she searched for her mother, dealt with her relationship with her father, and tried to get her recording career underway.  All of these aspects of her character were jettisoned once she came to LA, and it caused her to lose what made her connect with her audience.

Now that I’m done with this series, which I thought would be a lot more self-aware,I want to look into something that took its knowledge of itself to whole new levels, and brought the high concept of “meta” to comics.

If you’d like to read these stories, they’ve all been collected here: