WWE has added a huge six woman tag team match to the card for WWE Super Show-Down in Australia. 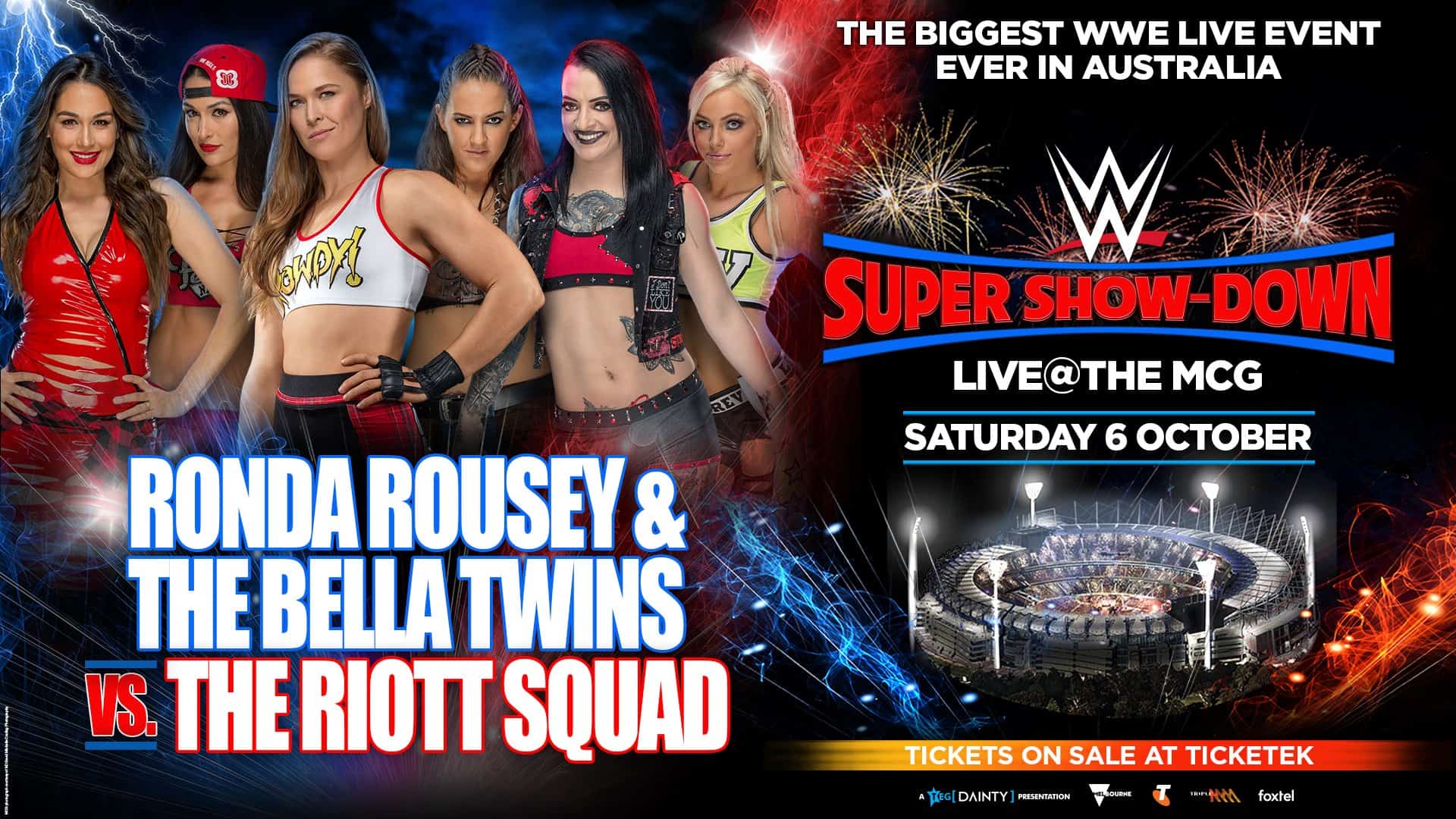 On the show, Ronda Rousey will team up with the Bella Twins for the first time ever to take on the Riott Squad.

This also raises interesting storyline possibilities for these women headed into WWE Evolution.

In addition, based on the events on Raw, the Shield will be facing the team of Braun Strowman, Dolph Ziggler and Drew McIntyre

JUST ANNOUNCED! It will be all-out six-woman Tag Team combat as #Raw Women’s Champion @RondaRousey and the @BellaTwins take on the chaos-loving #RiottSquad at #WWESSD! What will happen when the baddest woman on the planet steps foot onto the @MCG? https://t.co/cNKL81hBwz pic.twitter.com/gh95rKULFQ

determine the #1 contender to the WWE Championship
Daniel Bryan vs. The Miz