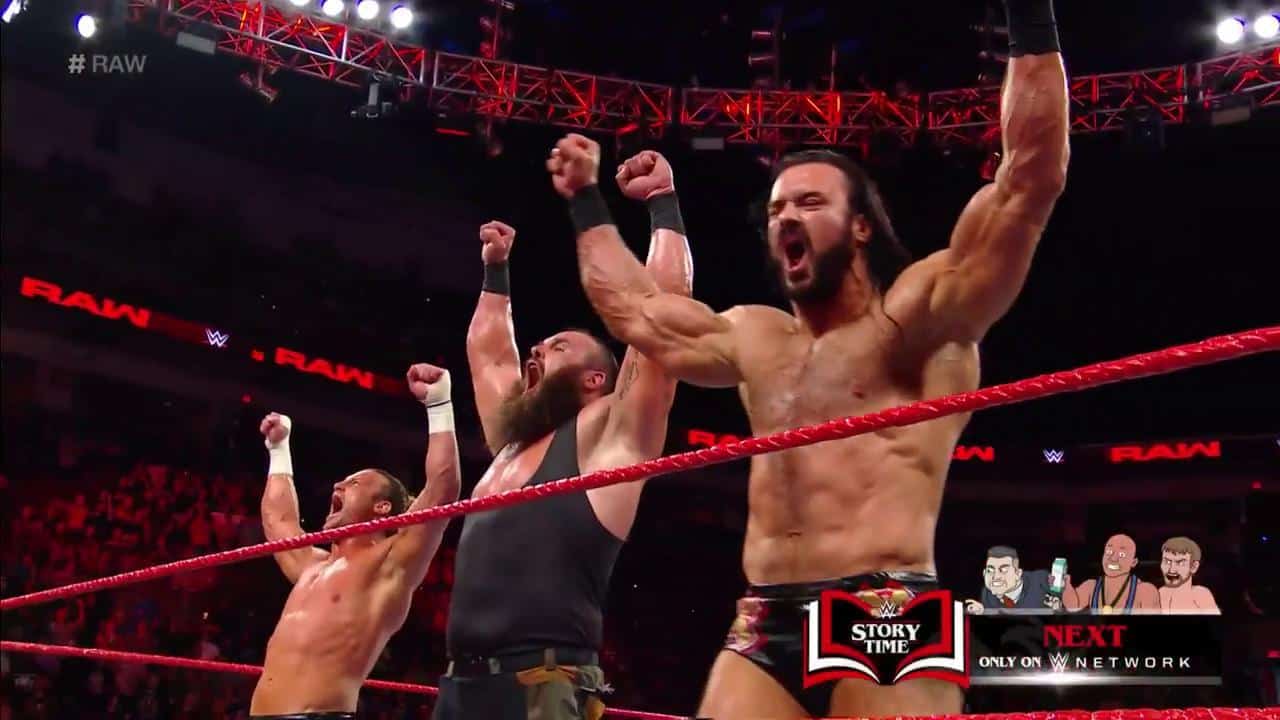 The Bella Twins return to action against The Riott Squad: Raw, Sept. 3, 2018

Nikki & Brie compete on Raw for the first time in three years, taking on the dangerous Riott Squad.

The Hounds of Justice strike back against The Monster Among Men and his new allies.

Chad Gable forms a new team with The Glorious One to take on The Ascension in their first match together.

The Goddess joins The Living Truth in running down her hometown of Columbus, Ohio.

The Queen of Harts clashes with Little Miss Bliss as Ronda Rousey, Alicia Fox and Mickie James look on from ringside.

Dolph Ziggler & Drew McIntyre figure out a way to ensure they get a Raw Tag Team Championship opportunity.

As The Bella Twins visit Natalya in the locker room, they also offer their aid to The Baddest Woman on the Planet.

The General Manager of 205 Live begins to guide the careers of Akam & Rezar after they demolish a pair of local competitors.

The B-Team try to stay positive after their loss: Raw Exclusive, Sept. 3, 2018

The new Raw Tag Team Champions give the WWE Universe a preview of what their reign will be like.

After yet another defeat, Dana Brooke parts ways with Titus Worldwide.

KO crashes Bobby Lashley’s “meditation intervention” to get a piece of the powerhouse.

The Phenom rises in response to Shawn Michaels’ belief that Triple H will defeat The Deadman at WWE Super Show-Down.

WWE’s first Universal Champion clashes with The Monster Among Men in a match ordered by Acting General Manager Baron Corbin.

The Monster Among Men, The Showoff and The Scottish Terminator add insult to injury after destroying The Hounds of Justice in this moment you didn’t see on Monday Night Raw.

After being released from police custody, The Hounds of Justice are overpowered by several malicious Superstars.