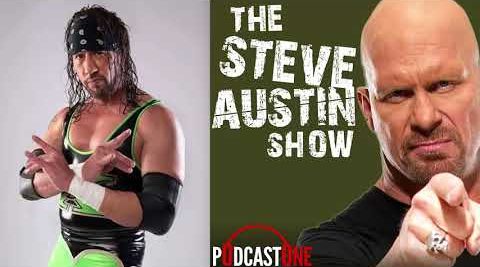 Recently on The Steve Austin Show, Sean Waltman returned as a guest and the two former WWE stars discussed how WWE’s development system, NXT, has been putting on a superior show than RAW or SmackDown Live.

Waltman believes the main reason for this is because NXT has a set audience and doesn’t have to produce variety shows like the main roster does.

“I mean, they’re the same company, but, man, (TakeOver and SummerSlam were) night and day to me, personally. It’s like (NXT) know they’re fanbase. It’s a little bit different fanbase and it’s easier for (NXT) to cater to them because they’re not trying to, I think maybe, cater to everyone and every demographic. Like, I don’t know. I like how they present the storylines they do. It’s nice and simplistic on how they present everything. You don’t have to do a lot of thinking. It doesn’t rack your brain. It’s easy to follow. I like the characters. There are a lot of people on that NXT roster, but you’ve got to fight to be on that show. You’ve got to be one of the best guys to be on that TakeOver show or best girls, yeah. One of the best ones out there.”

Austin agreed, comparing NXT to throwback promotions like the NWA or Mid-South Wrestling.

“The thing I like about the NXT thing is it’s almost like you said, the main roster is almost trying to cover or cater to everybody. And to me, the NXT thing is more… they are both under the same umbrella, it’s WWE, its sports entertainment. It ain’t pro wrestling anymore. Now, its sports entertainment officially, but in my mind, it’s still pro wrestling. And to me, NXT, yeah, it’s kind of like a throwback. And it’s all modern stuff, great lighting, great production values, everything else, but the storylines are very easy to understand and very simple. And, I mean, the announcers aren’t trying to go overboard trying to explain whatever’s going on. Sometimes when I watch the main roster stuff, it’s like they’re trying to play to so many people who the storylines get kind of convoluted.”