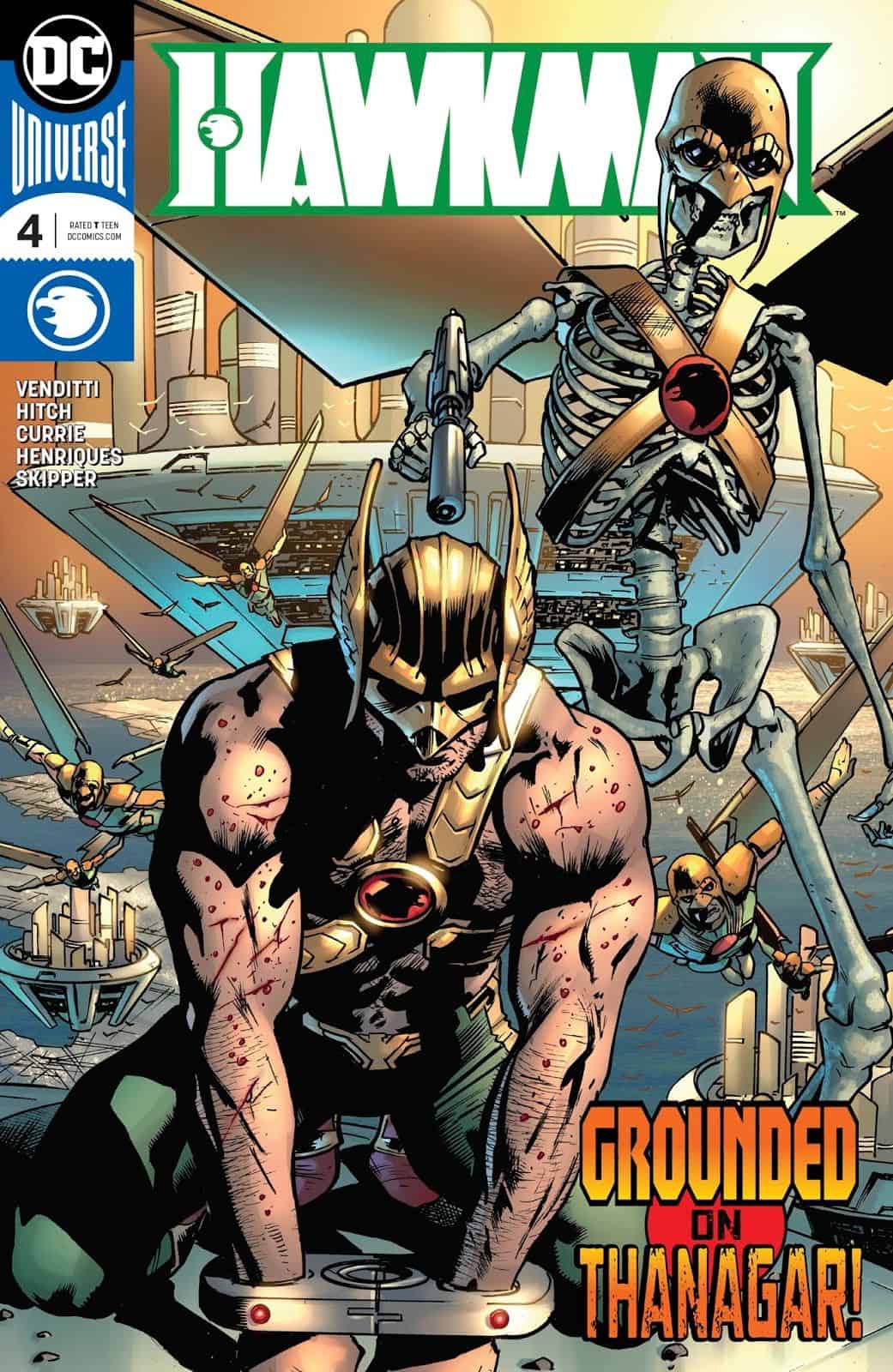 Hawkworld Katar Hol Vs. Hawkman Carter Hall As A MAJOR New Threat Emerges With Big Consequences For The Multiverse! 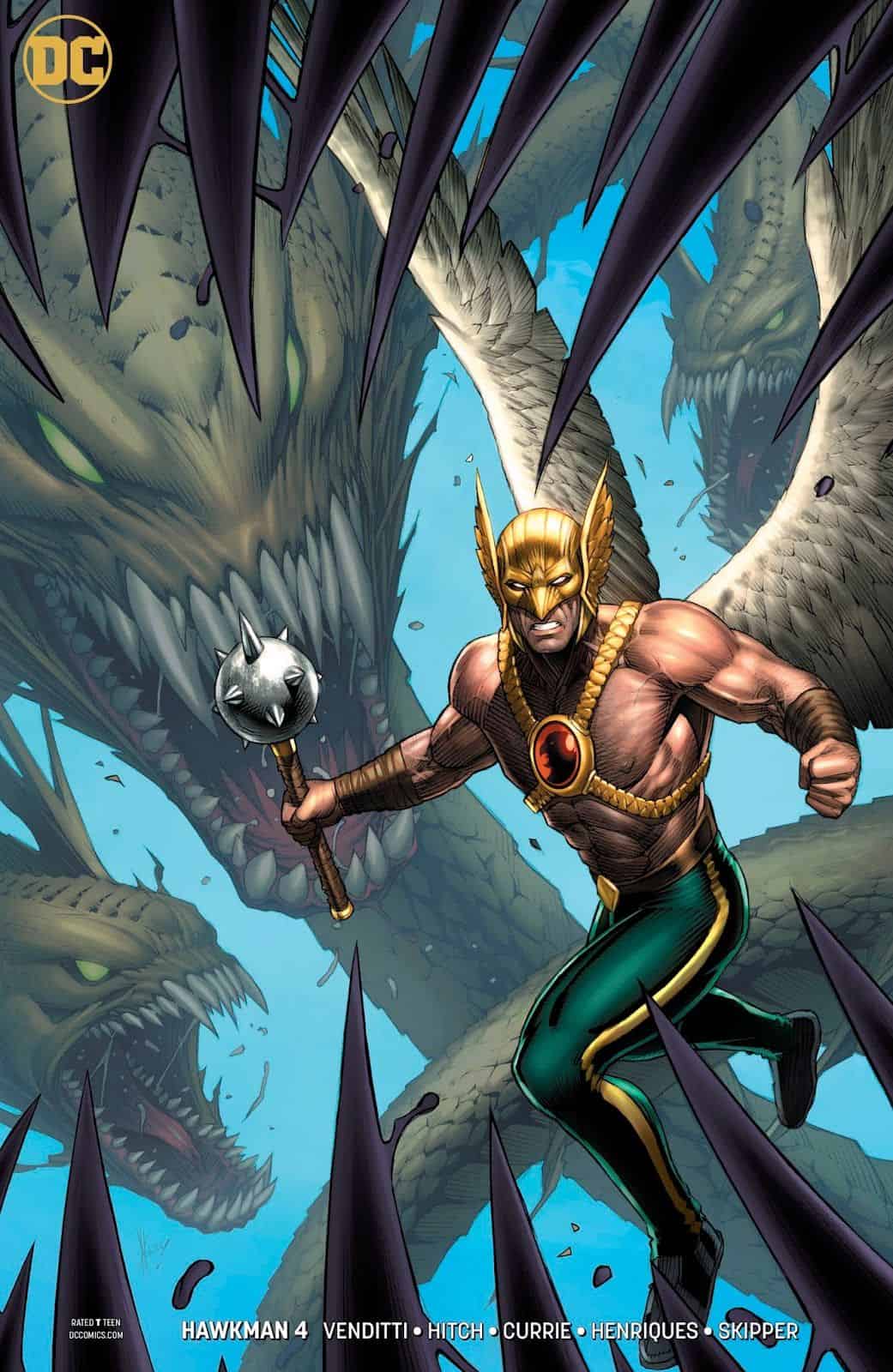 We open the book on a far away planet where, it is implied, another past life of Hawkman existed as the Gold Hawk. 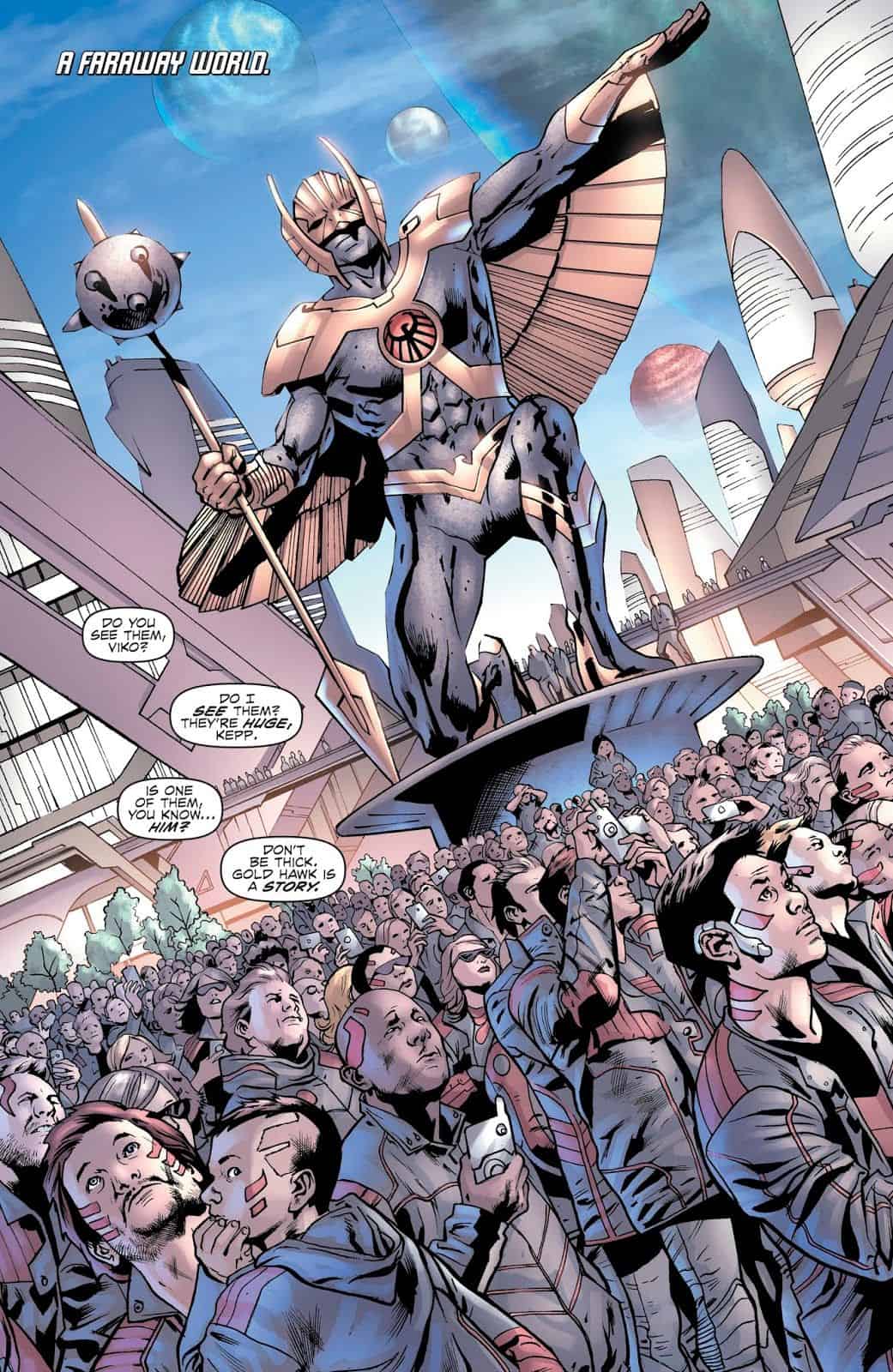 Well, it appears that a big, literally big, threat – the Deathbringers – think any Hawkman is the Great Betrayer and…

…they destroy the planet! 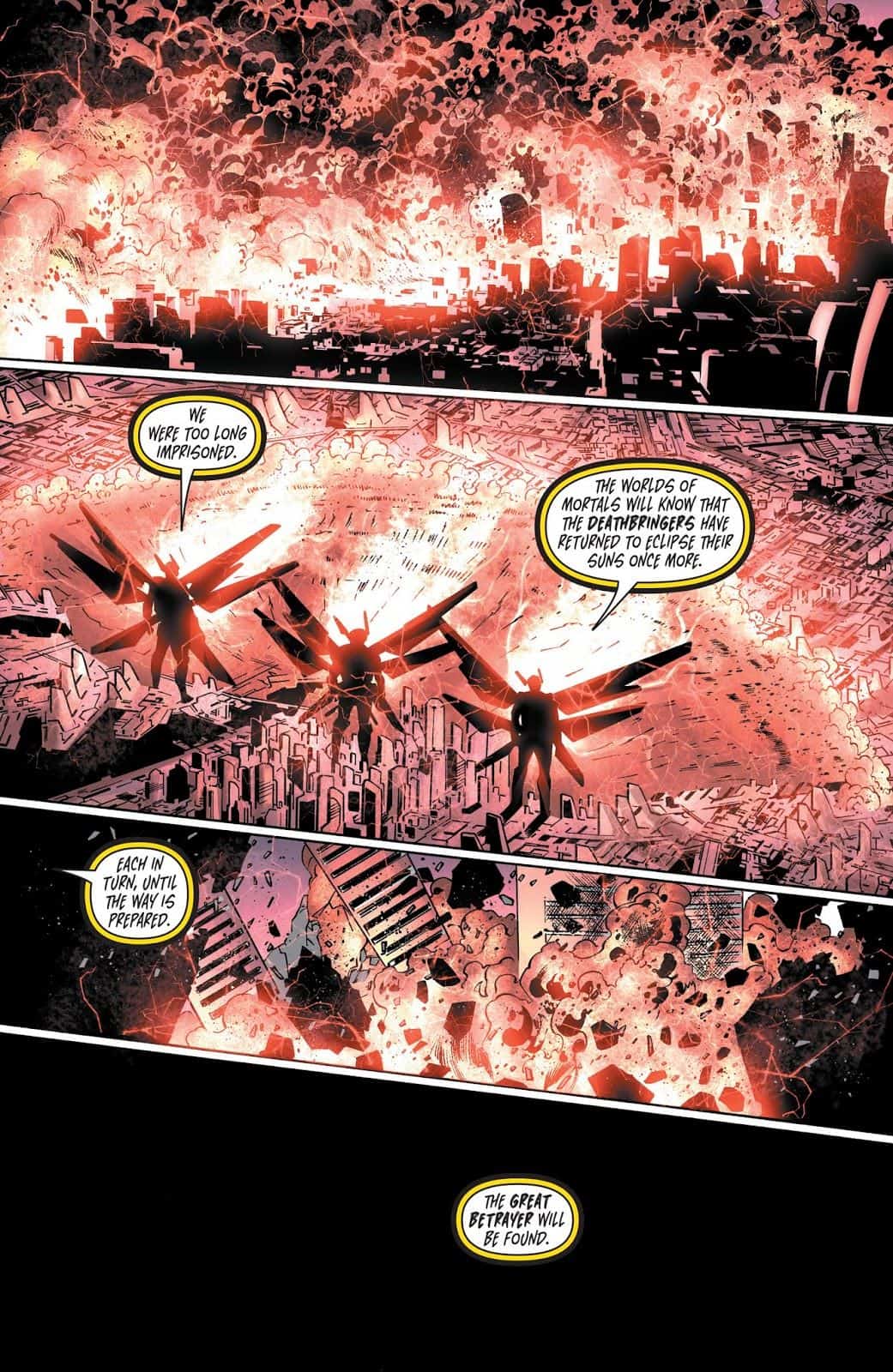 Then we pivot elsewhere and elsewhen, where Carter Hall explains he’s been encountering his past lives leading to…

…his current battle with Hawkworld’s Katar Hol of Thanagar.

Carter Hall tells Katar Hol things now else should know trying to have him help find another clue to deal with the Deathbringers threat they both are aware of. 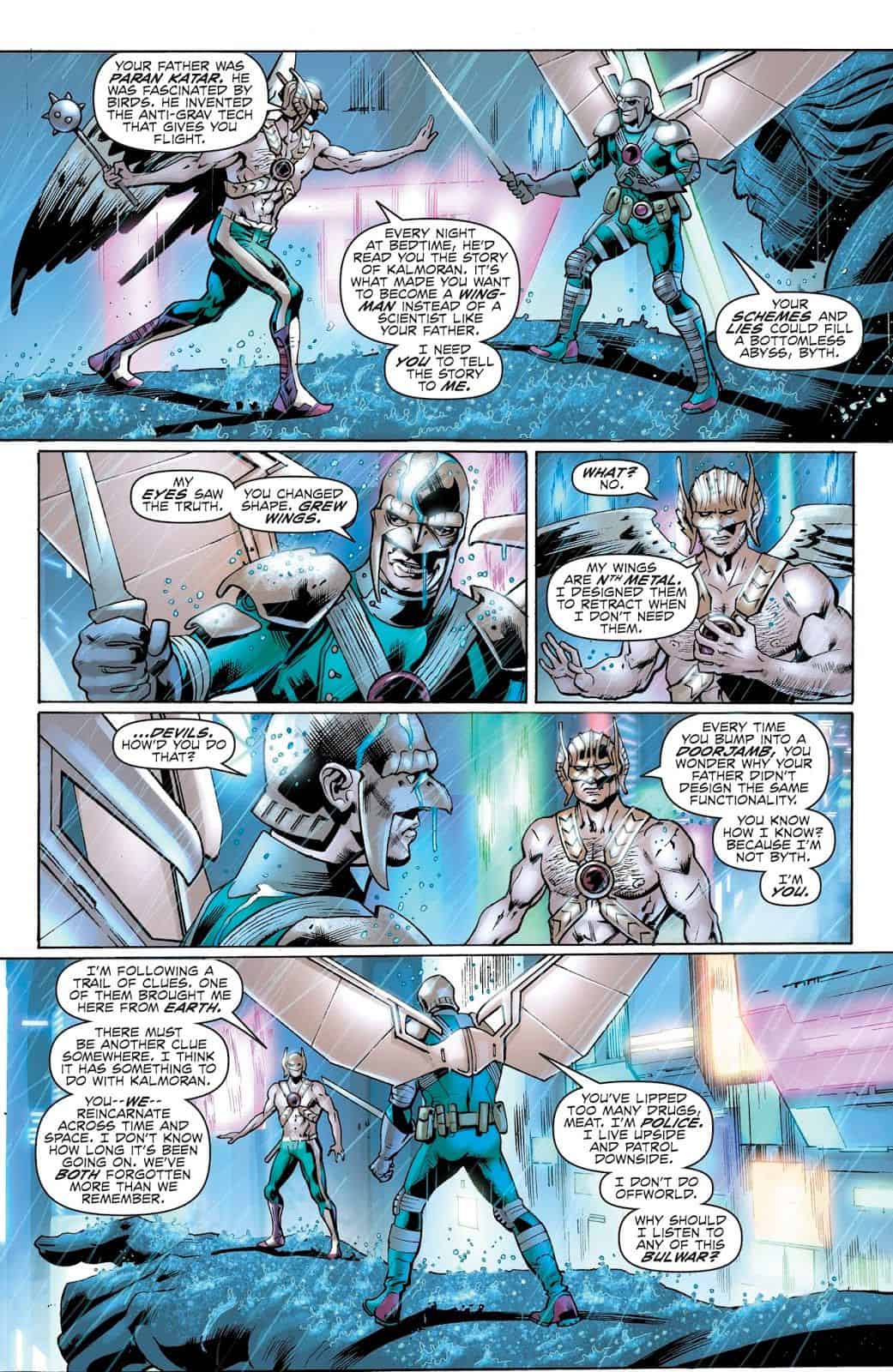 Shayera Thal, Katar’s wife and partner, joins the party and Katar quickly kicks Carter under the statue they’re on and gives him a clue about a clue. 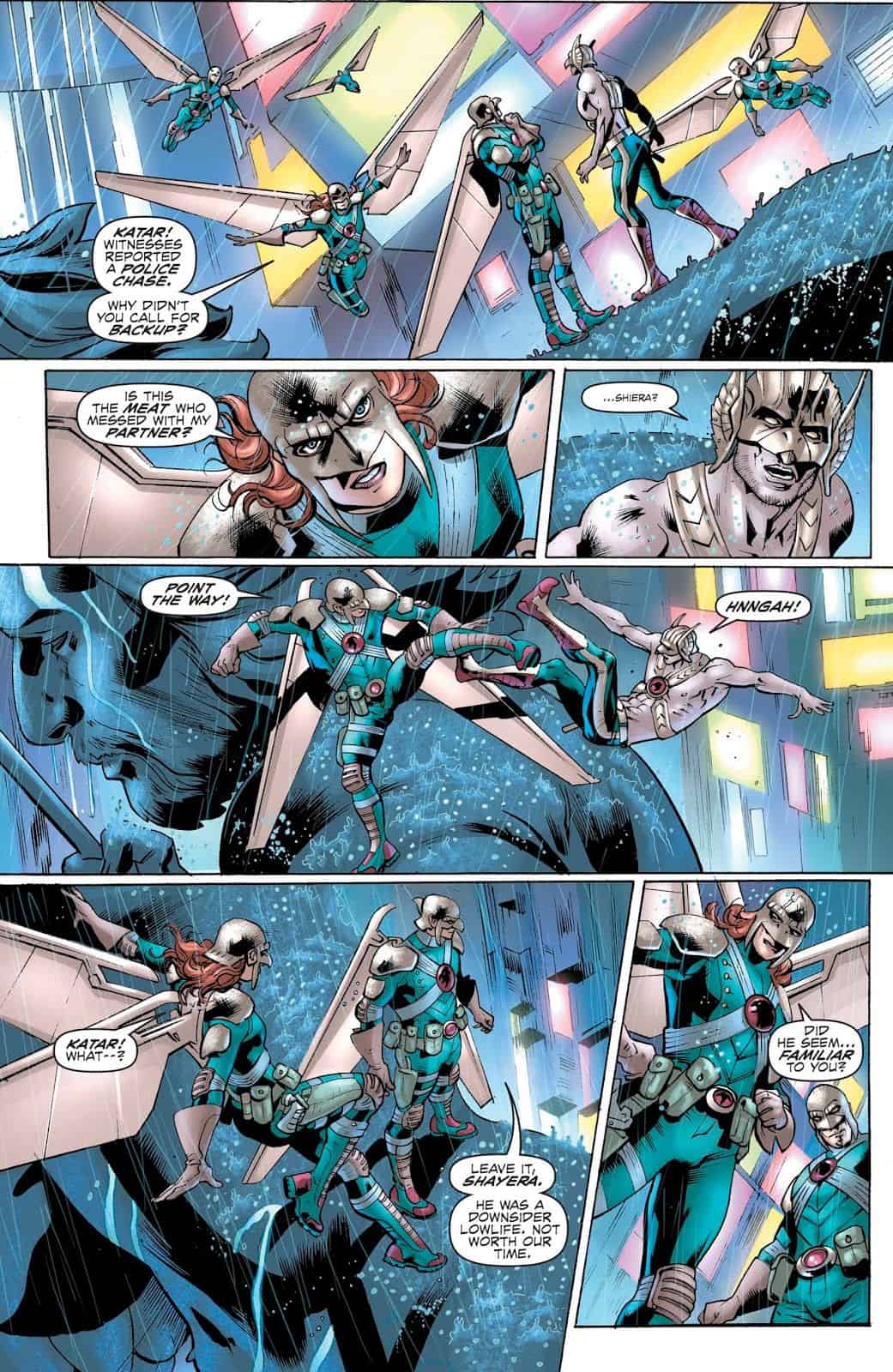 Carter fishes out… something… from the statue and… 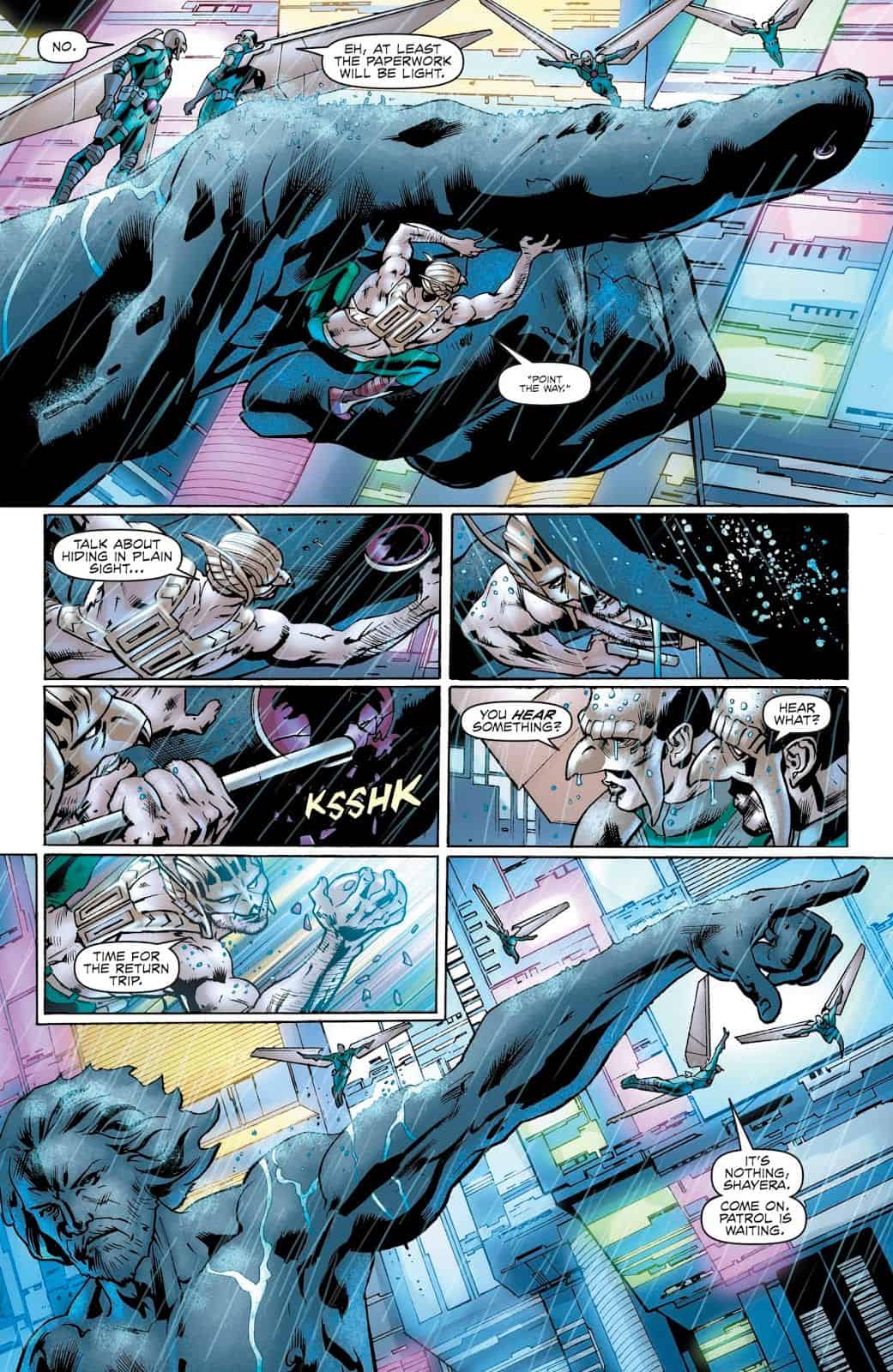 …goes back to present day Earth.

Later that device transports him to…

…the Microverse and to his old Ray Palmer aka the Atom.

Is this in the modern day or in the past? Stay tuned for Hawkman #5. 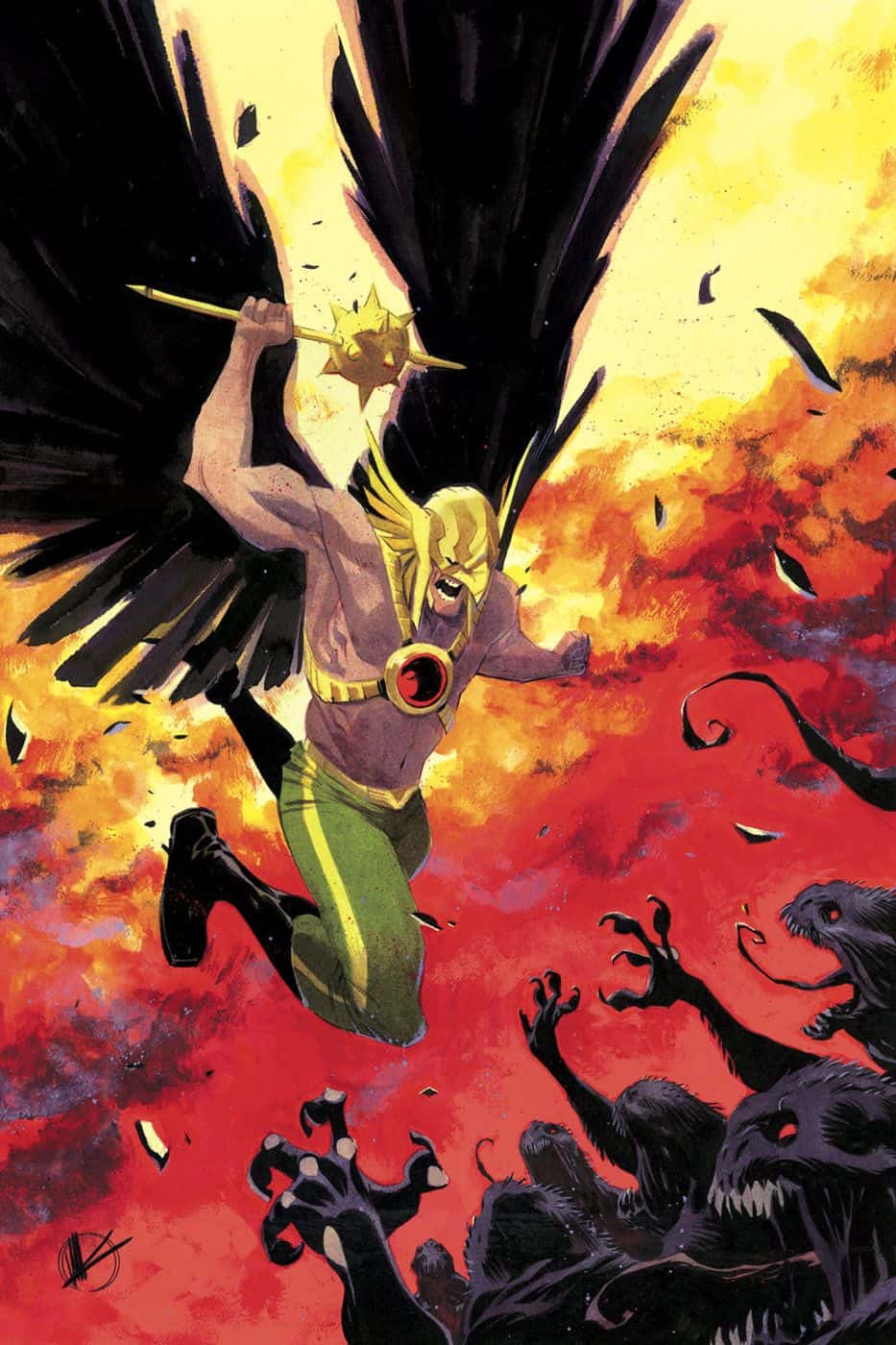