Margot Robbie In Talks To Star In Live-Action Barbie Movie By Warner Bros. 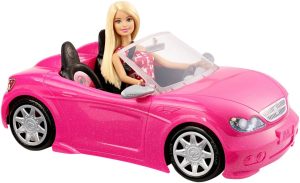 Margot Robbie in Talks for Barbie Movie at Warner Bros.

Barbie has found a new studio lot for her Malibu Dream House.

A movie about the popular doll was in development for years at Sony, but now Mattel is partnering with Warner Bros. for a feature film, with Margot Robbie in talks to star.

Robbie would also produce the project through her LuckyChap banner.

It was first announced in 2014 that Mattel was partnering with Sony for a Barbie movie. In 2016, it was reported that Amy Schumer would star in the film, which was billed as putting a contemporary spin on the toy with an emphasis on feminism and identity. A few months later, Schumer dropped out of the project due to “scheduling conflicts.” It was later reported Anne Hathaway would replace Schumer.

In January, Sony pushed the pic’s release date from Aug. 8, 2018, to May 8, 2020, but the rights to Barbie reverted back to Mattel a few months later, and it appears the toymaker has found a new studio partner.

Sources say that Wonder Woman director Patty Jenkins is circling the Warners project but indicate there are no substantive talks that have taken place.

If a deal is made, the Barbie movie would continue a partnership between Robbie and Warner Bros., where her LuckyChap banner has a first-look deal. The studio is currently gearing up for the Robbie-produced Birds of Prey, which will see her reprise her DCU role as Harley Quinn.

Robbie, who earned an Oscar nomination for last year’s I, Tonya, will next be seen in Mary Queen of Scots and is working on Sony’s Once Upon a Time in Hollywood. She is repped by CAA, Management 360 and Jackoway Tyerman.