Doc Sampson looks like John Cena in the issue? 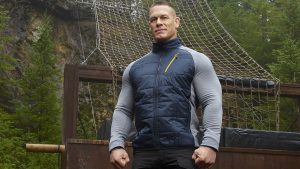