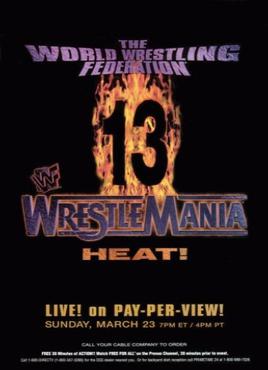 ~MATCH #1~
The Head Bangers (Mosh & Thrasher) defeat Doug Furnas & Philip LaFon, The Godwinns (Henry O. Godwinn & Phineas I. Godwinn), and The New Blackjacks (Blackjack Bradshaw & Blackjack Windham) at 10:39 in a Four-Way Elimination Match. Winners get a tag title shot tomorrow night on RAW. They show a brief video of the original Blackjacks, so you might be inclined to believe that the New Blackjacks are in line for some kind of push. This is a messy brawl from the get-go, and it’s fun to remember a time when a four-way tag match was a novel idea. A few minutes in, Bradshaw and Furnas tumble to the floor, and their teammates get involved. Referees try to split them up and Bradshaw shoves a referee and gets disqualified at 4:37. Furnas and LaFon then get counted out at 5:00. That leaves us with the Godwinns and The Head Bangers. Oy this is a weak tag division. This goes on for a long time. Mosh hits Phineas with the Stage Dive to get the pin. This was a sad statement on the quality of the tag team division.
Rating: *¼

~MATCH #2~
WWF Intercontinental Champion Rocky Maivia defeats The Sultan (w/ Bob Backlund & The Iron Sheik) at 9:45 to retain the title. Rocky has been the Champion since 2.13.97, and this is his fifth defense. He unloads with his basic babyface jobber offense that sends Sultan scurrying to the floor. Sultan takes over and uses his basic heel jobber offense. This just goes on forever. Rocky is super green, what is the Sultan’s excuse? Anyway, Rocky gets a sloppy schoolboy rollup to get the pin. Luckily, they stuck with this Rocky Maivia kid and he turned out okay, because this was pretty rotten. Sultan, Backlund, and Sheik attack after the bell, and Rocky Johnson comes out to make the save in a nice moment for father and son.
Rating: *

~MATCH #3~
Hunter Hearst Helmsley (w/ Chyna) defeats Goldust (w/ Marlena) at 14:28. Goldust is the aggressor early on, dominating Helmsley in and out of the ring. When Helmsley takes control, he slows the match down. Like, way down. The crowd barely cares until Chyna stalks over to Marlena and starts threatening her. Goldust goes over to protect his wife by bringing her up to the apron. Helmsley hits a knee to the back and Marlena goes flying right into Chyna’s arms! That’s bad news for Marlena. Helmsley hits the Pedigree to get the win. Slow, dull, plodding match, which is all these two ever had.
Rating: *½

~MATCH #4~
WWF World Tag Team Champions Owen Hart & The British Bulldog fought Mankind & Vader (w/ Paul Bearer) to a double-countout at 16:08. Owen and Bulldog have been the Champions since 9.22.96, and this is their tenth defense. Bulldog is also the current European Champion. All four men here are heels, so this is a strange dynamic. Owen and Vader start it off and they have good chemistry together. Too bad they never did a one-on-one match bigger than that One Night Only show. They work a relatively fast-paced match, and the crowd just decides to like both teams because why not? Vince remarks that the official attendance is just over 18,000, which is just a few less than they draw nowadays. The match meanders on and never really goes anywhere. Eventually, Mankind and Bulldog fight to the floor, where Mankind puts on the Mandible Claw. Mankind won’t release the hold, and they both get counted out as Vader and Owen brawl in the ring. This started off fine, but descended into chaos and never really recovered, with a lousy finish to boot.
Rating: **

~MATCH #5~
Bret Hart defeats Steve Austin at 22:05 via referee’s decision in a No Holds Barred Submission Match. Ken Shamrock is the Special Referee. It’s amazing to me that it’s 2019 and I’ve never reviewed this match. They start off brawling and quickly take the fight to the floor. Eventually they get back to the ring, and Bret works the left leg, which is smart strategy for a guy with the Sharpshooter for a finish fighting in a submission match. Bret introduces a steel chair, which Vince expresses disappointment in. The chair backfires though, and Austin gets a hold of it and cracks Bret twice, hard, across the back. Austin continues working the back, even using a Boston Crab. When they go back to the floor, Austin gets hurled into the barricade and gets busted open. Bret destroys Austin’s knee with a steel chair and continually goes for the Sharpshooter. Austin is bleeding buckets here. He chokes Bret with a camera cable, and Bret grabs the ring bell and waffles Austin with it to break the choke. Bret locks on the Sharpshooter, and the iconic image of Stone Cold Steve Austin, face bloodied, not giving up despite the pain, proving himself the toughest guy in the business, and making himself millions of future dollars, is born. Austin passes out and Shamrock calls the match. This is my second favorite match of all-time, and one doesn’t even have to consider the massive historical implications to be thrilled by the action here. This is a match I never get tired of watching.
Rating: *****

~MATCH #6~
Ahmed Johnson & The Legion of Doom (Road Warrior Hawk & Road Warrior Animal) defeat The Nation of Domination (Faarooq, Crush & Savio Vega) (w/ Clarence Mason, D-Lo Brown, JC Ice & Wolfie D) at 10:45 in a Chicago Street Fight. Nobody wastes in any time in this one, and there’s action happening all over the place. The crowd is surprisingly still into the action after witnessing the greatest match in history (to that point) immediately before this. All kinds of weapons are out there, including a noose and an actual kitchen sink. In the end, LOD hit Crush with the Doomsday Device, and then Ahmed and Hawk clothesline him with a 2×4. Animal gets the pin. Mostly entertaining garbage here.
Rating: **¾

~MATCH 7~
The Undertaker defeats WWF World Heavyweight Champion Sycho Sid at 21:19 in a No Disqualification Match to win the title. Sid has been the Champion since 2.17.97, and this is his third defense. Right when the bell rings Bret Hart makes his way out to interject himself. Shawn Michaels is on commentary with Vince McMahon, Jerry Lawler, and Jim Ross, by the way. Bret calls Michaels a “phony little faker” and tells him to stay out of the match. He then tells Undertaker that they’re no longer friends after he slammed the cage door on his head. Bret then turns to Sid and tells him that the WWE Title belongs to him and Sid is a fraud. Sid wants nothing to do with that and drops Bret with a hard powerbomb. He tells Bret to take his whining ass out of here. Sid continues to talk trash and the Undertaker attacks him from behind. The bell rings again so I guess the match was not official before.

Undertaker unloads on Sid, wearing him down from the get-go. He hits a Stinger Splash and a bodyslam for a two-count. Undertaker hits Old School. Sid comes back and locks on a bearhug. Undertaker breaks free and the fight spills to the floor. Sid kicks Undertaker over the Spanish Announce Table. He then drops Undertaker across the barricade twice. Sid slams Undertaker on said table and then rams him into the ring post. Back in the ring Sid covers for two. Sid continues the punishment and when Undertaker tries a comeback Sid cuts him off with a powerslam for two. Sid drops the leg for two. Undertaker comes back with the flying clothesline. They go back to the floor again and Undertaker throws Sid into the crowd. Undertaker throws some punches and then slams Sid’s face into the steps. Back in the ring Undertaker misses an elbow drop and Sid locks on a chinlock. Undertaker fights out and hits a big powerslam for a two-count. He tries to follow up but Sid fights back and both men hit a big boot to the face at the same time. Sid recovers quicker and makes a cover for two. He goes to the second rope and hits an ax handle without breaking his own leg. Sid goes back up and hits a clothesline, miraculously not breaking his leg this time either. He covers for two. The third time is not a charm though, as Undertaker gets his fist up into the solar plexus. Sid cuts Undertaker off with a bodyslam and this time goes all the way to the top and Undertaker sits up! Undertaker knocks Sid down and slams him to the mat. Now Undertaker goes to the top rope and hits a flying clothesline for two. Undertaker goes for the Tombstone, but Sid reverses it to one of his own! Sid crosses Undertaker’s arms for the cover but only gets two! He throws Undertaker to the floor and Bret Hart makes his way back out. Bret cracks Sid across the back with a steel chair twice. Officials come out and drag Bret to the back. Undertaker takes advantage and drives Sid’s spine into the ring post. Back in the ring Undertaker hits the Chokeslam for a two-count. Undertaker misses the flying clothesline and Sid sets up for the Powerbomb. Bret comes back out to distract Sid, which allows Undertaker to hit the Tombstone for the pin and the title. Undertaker and Sid should not have been given 20-plus minutes, as 15 would have suited them much better. They had some good stuff sprinkled throughout, but it was just too long. The Bret Hart interference gave the match an unpredictable feel, which helped out given the storylines at the time.
Rating: **¼

JZ Says
This is a one-match show, but it’s one of the greatest, most influential matches ever so if you somehow have never seen it, you must. The rest is awful and difficult to sit through.