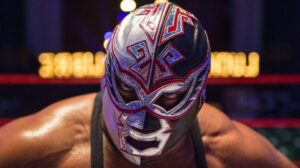 WWE is saddened to learn that Lucha Libre legend and former WCW star Silver King has passed away at age 51.

A champion luchador in his native Mexico, Silver King, real name César Cuauhtémoc González Barrón, entertained audiences across the globe, and was a standout in WCW’s Cruiserweight division in the late ’90s. Outside the ring, he appeared under a mask as the villainous Ramses in the popular 2006 comedy “Nacho Libre.”

On behalf of IP team, I offer our condolences to the family, friends and fans of César Cuauhtémoc González Barrón.