AEW Double Of Nothing 2019 Spoilers follows. 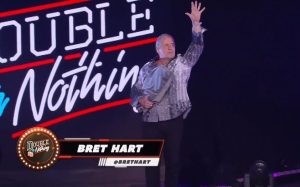 So, I guess Bret Hart no longer has an active WWE Legends contract, but he’s also not part of the AEW roster? Anyhow, here is a better look at the new title belt. 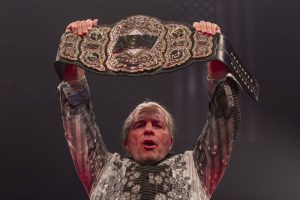 In addition, Cody Rhodes has provided fans a better look at the strap in a video.

Since 1 of the 4 EVPs(me) forgot to get the championship professionally photographed…here’s a short clip of the biggest, heaviest, most beautiful and damn expensive belt I’ve ever seen @AEWrestling pic.twitter.com/LnelywWv4m

It would appear that the championship was to be contested by AEW Double of Nothing Casino Battle Royal winner Adam Page and Chris Jericho, who won his match against Kenny Omega, but does the fighting debut of Jon Moxley FKA as Dean Ambrose change that?