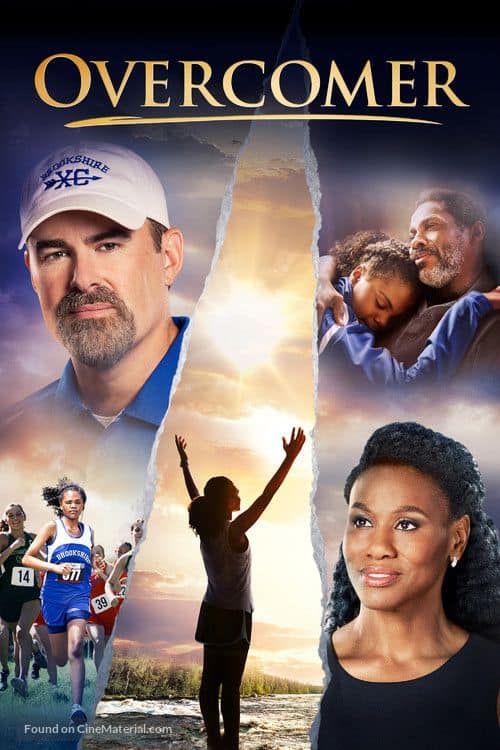 Bill Burr has a classic stand up comedy bit from years ago where he discusses how we’ve run out of overcoming racism film ideas with Pride. In that film Terrance Howard leads a group of African-American swimmers overcome racism in 1970s Philadelphia in a loose biopic about Jim Ellis.

Now comes a Christian version of that similar trope with the Kendrick brothers, who’ve managed to find a career as explicitly Christian filmmakers making Christian films, with Overcomer

Alex Kendrick (who stars, wrote, directed and produced the film) stars as John Harrison, who’s lost his job as a high school basketball coach. He’s offered the job of coaching cross country, something he’s never done and doesn’t want to do. Through the power of Christ he finds the will to get his runners to win the big race at the end.

There’s nothing amazing about the film. It’s explicitly Christian with Christian themes and values; if you’re not of that faith, or any faith, you’re probably not the target audience.

After the Christian aspect the only thing remaining is the tried and true sports underdog formula. We get all the hallmarks, plot points, tropes and moments to hit. This is perfectly acceptable filmmaking as it takes the formula and runs it well.

It just doesn’t do it beyond what it has to. This is perfectly acceptable filmmaking, nothing more.