The above appears in some core super-hero comics last week. 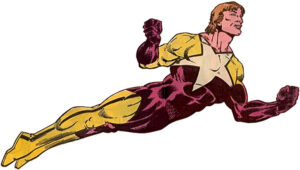 The co-creator of DC’s ‘Starman’ and designer of Marvel’s Scarlet Spider had served as a professor at the Savannah College of Art and Design.

Comic book artist Tom Lyle, known for his work on the Spider-Man and Batman franchises through the 1990s, has died, The Hollywood Reporter has confirmed. He was 66. Lyle underwent surgery early last month to remove a blood clot in his brain following an aneurysm the month prior. He had fallen into a coma, with plans being made for long-term care as of mid-October, per a public update from a friend.

Lyle made his mainstream comic book debut in late 1988 as the co-creator of DC’s Starman series with writer Roger Stern, but it was his work on the 1991 Robin miniseries — and the two sequels, 1992’s Robin II: The Joker’s Wild and 1993’s Robin III: Cry of the Huntress, all three written by Chuck Dixon — that transformed him into a fan-favorite artist.

From there, he moved to Marvel, where he worked on a number of Spider-Man projects for a number of years, including designing the Scarlet Spider costume for use during the infamous “Clone Saga” storyline. During his tenure at Marvel, he also worked on a Punisher series, as well as Iron Man, X-Men and Warlock comics, the latter being a four-issue series that he also wrote.

In 2005, Lyle became a professor, teaching sequential art at the Savannah College of Art and Design in Georgia, where he also served as internship coordinator for a number of years.

Lyle’s death was noted by many fellow creators on social media. He is survived by his wife, Sue.

On behalf of the InsidePulse and Comics Nexus teams, I offer our condolences to the family, friends and fans of Tom Lyle. Gone too soon.