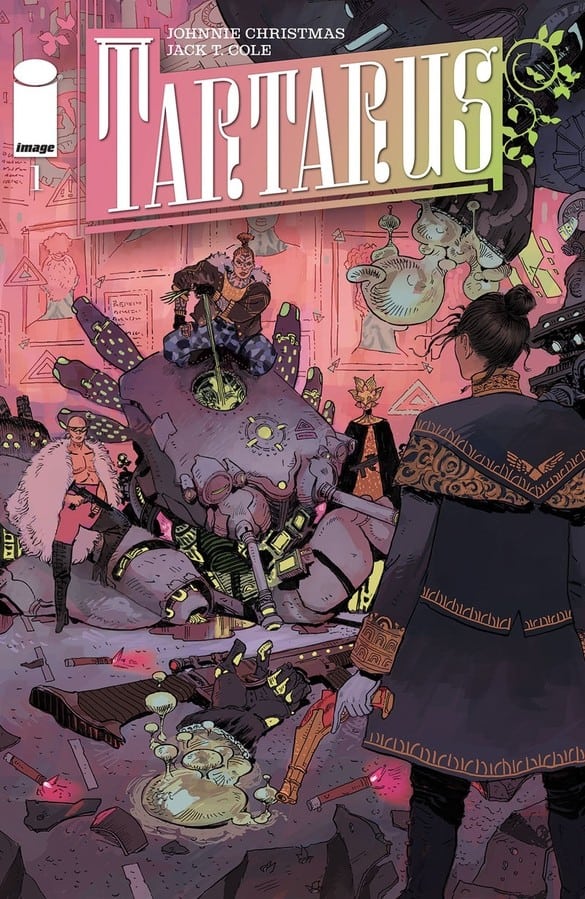 Tartarus #1 – I love a nice complicated science fiction series that feels like it’s been solidly grounded in a lot of backstory that might never make its way into the comic.  The other week, we got the debut of Protectors, by Simon Roy, Artyom Trakhanov, and some others, and I figured that would be one of my favourite new titles of the year, filling in the gap left by Prophet a few years ago, or more recently, Prism Stalker.  And then this week, Tartarus came out, and it fills the exact same hole. This series, written by Johnnie Christmas and drawn by Jack T. Cole, is excellent. The first half of the very long first issue starts with a daring prison escape by the leader of what I first thought was a gang, but it turns out her role in the mining community of Tartarus is more complicated than that.  Then we jump seventeen years forward, and see that actual beginning of the series, which involves a military academy in orbit above the colony. Three cadets are introduced to us, as the space station comes under terrorist attack, and one of the three is revealed to be connected to the Djinn, the people with the ability to manipulate a special liquid. There’s a lot here – Christmas and Cole have created an intricate and foreign world that feels very rich with story potential.  Cole’s art is terrific – it’s detailed, fantastical, and very European-feeling. The story and storytelling is confusing in parts, but in ways that makes me even more interested in what is happening. I feel like 2020 is going to be a great year for new science fiction titles at Image, and I couldn’t be more excited about that. 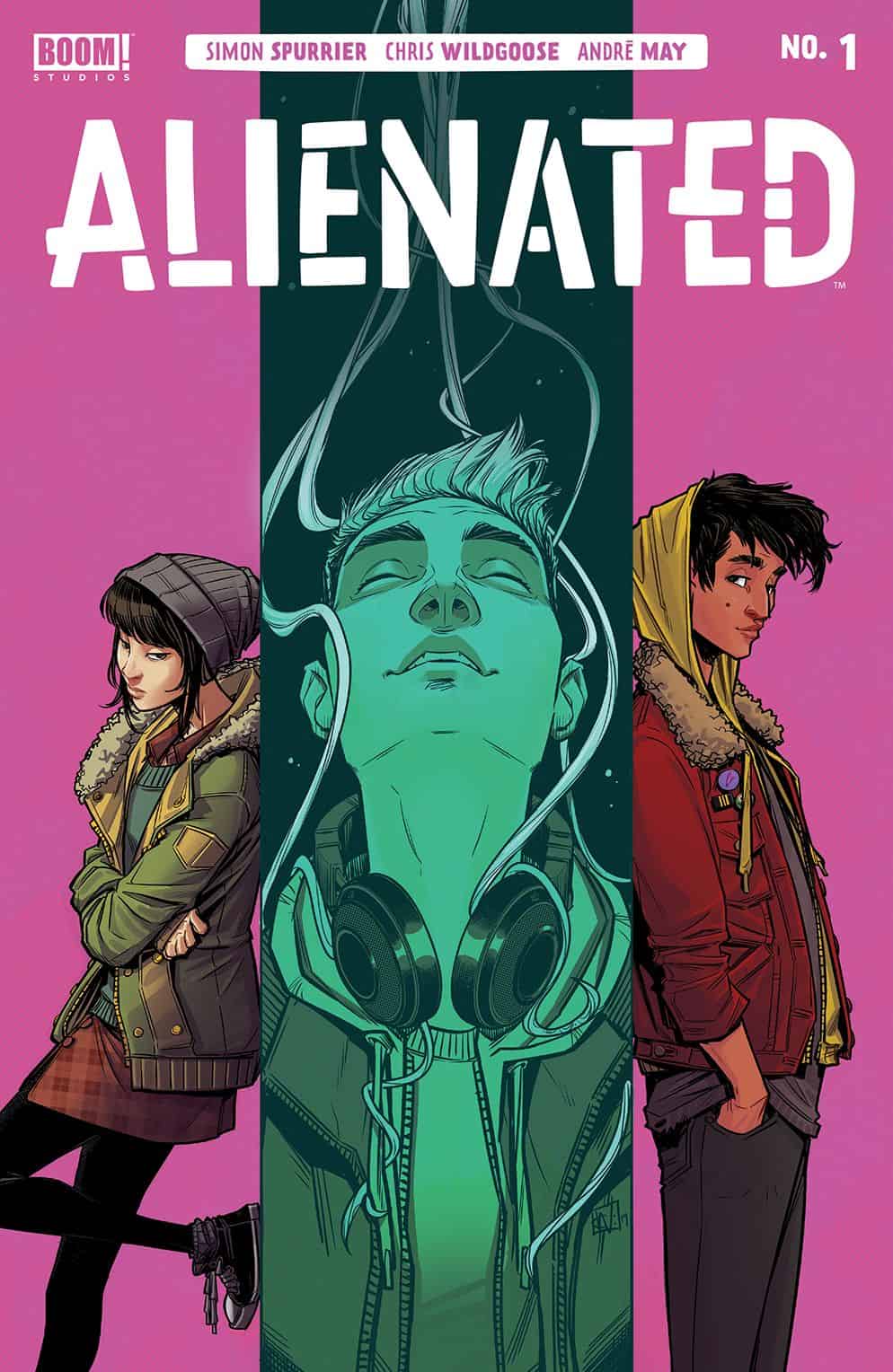 Alienated #1 – Simon Spurrier comes with the goods in the debut of this new Boom! series with art by Chris Wildgoose.  In a small town, three outsider teenagers, all named Sam (Samuel, Samantha, and Samir) who either don’t know each other or don’t know each other well, end up discovering an alien item that connects them mentally.  Spurrier is a great character writer (look at his Doctor Aphra), and is very good with odd ideas. He constructs these teens’ world very quickly, and makes them all compelling in their differences (Samuel is new in town and a bit conspiracy minded, Samantha is the talk of the town after a mistake that she regrets, and Samir is determined to make everyone love him, to the point that he doesn’t have a lot of genuine personality).  Wildgoose’s art is very nice, in what I’m beginning to think of as a Boom! house style. I’m definitely intrigued by this book and want to read more.

Ascender #9 – We finally get a good idea of who Mother is with this issue, as we learn about how she gained so much magical power, and who she had to betray to get it.  It looks like the loss of Mother’s coven is going to be difficult for her, but it plays into the hands of someone that hates her. It’s nice to get this backstory, but I do prefer the issues where Jeff Lemire and Dustin Nguyen focus on the main characters more.

Immortal Hulk #31 – Dario Agger has a plan to defuse the Hulk’s popularity, and it involves using Xemnu, the alien, as his tool, and nostalgia as his weapon.  Al Ewing has consistently done interesting and unpredictable things in this series, and this issue continues that trend. We get to know Doctor McGowan a little better, as she narrates much of this issue.  It’s a pretty interesting title.

Rai #4 – Rai’s single minded quest for the Offspring – the entities that could lead to the Bloodfather gaining full control of the Earth – has him finding himself in conflict with a self-sustaining community, and their new friend, Gilad, the Eternal Warrior.  Dan Abnett is not afraid of portraying Rai as a real jerk in this title, and it’s amusing to see Gilad, who is not usually the kindest of people, calling him out on his treatment of people, and of Raijin in particular. I’m enjoying this title, and especially Juan José Ryp’s artwork in it, while not really liking Rai much at all.

SFSX #6 – Tina Horn and Jen Hickman are making one of the most interesting new titles on the stands, although this issue got a little hard to follow, as some of the crew from the Dirty Mind try to hide from Party security in a mostly empty store-room in a sequence that merges slapstick with purple smoke and the tension of seeing your brainwashed lover for the first time in years.  I feel like this issue lacks a lot of the subtlety in storytelling that made the first issues so exciting and fresh, as Horn works to move to the next moment in the plot. It’s still a very good series, but this is a weaker issue.

Star Wars: The Rise of Kylo Ren #3 – I think I’m as surprised by how much I’m enjoying this miniseries as I am surprised that Disney is allowing Charles Soule to reveal such an important part of Kylo Ren’s life in a comic instead of a Star Wars novel.  In this issue, Ben Solo meets the Knights of Ren for the second time, and shares why he thinks he might be a good candidate to join them (i.e., he killed someone in a ‘good death’). Soule makes Solo feel like a sympathetic character, even when he’s being a monster, and Will Sliney’s art is gorgeous.  I would like to know a little more about the Knights, and just what their purpose is, but I’m enjoying this a lot. I’m also surprised this is only a four-issue miniseries, as I thought five-issue trades were more the standard these days.

Thor #3 – Donny Cates is moving pretty quickly to reverse just about everything Jason Aaron has done with Thor over the last seven years.  He’s restored his eye and arm, and now he looks to be on course to diminish Thor’s role in Asgard. Beta Ray Bill is not too happy about how Thor is working with Galactus, and the two friends face off for the whole issue.  Nic Klein makes this issue look amazing, and I like the cosmic stakes at play in this storyline, but I’m not sure I buy how Cates has Thor acting. It feels a little off to me. 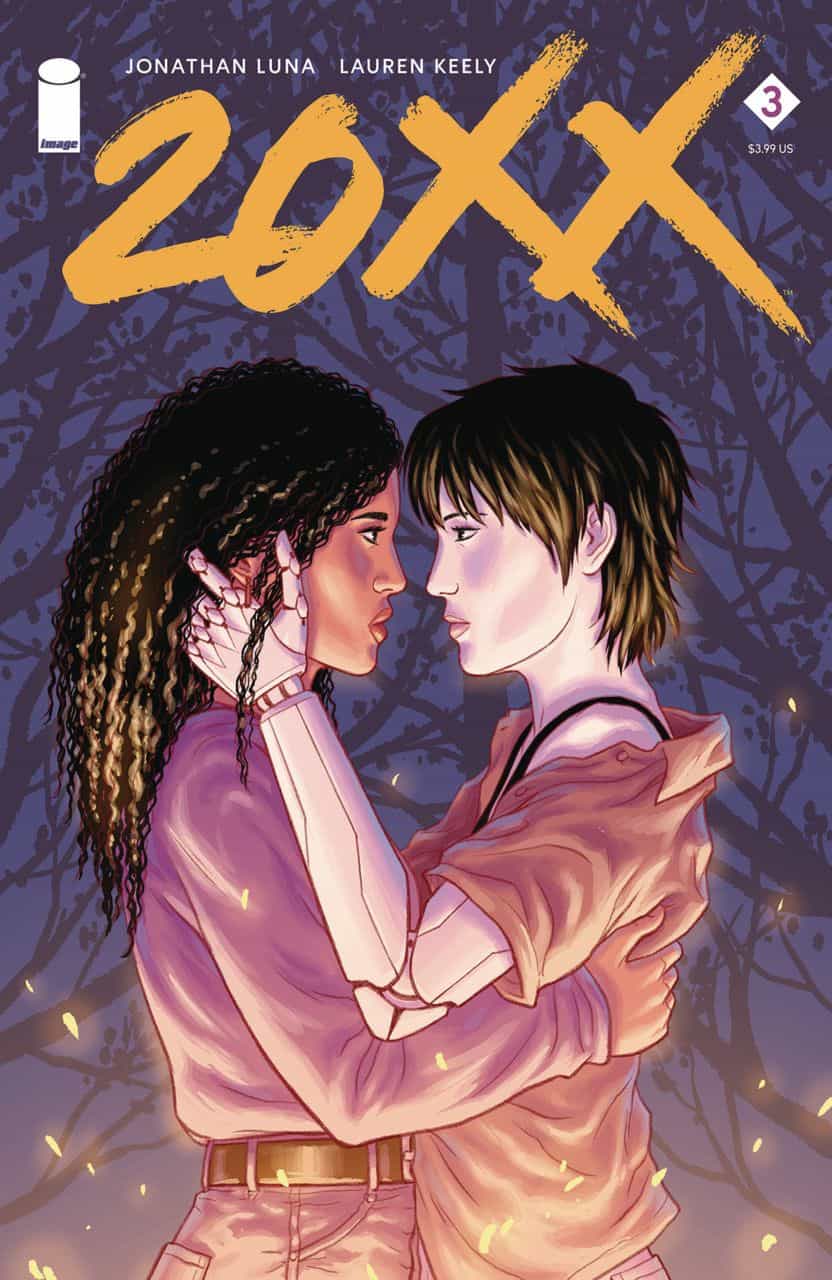 20XX #3 – I’m really enjoying 20XX, a new series about a woman who has, in the process of surviving a disease, developed a very specific form of telekinesis.  This new ability marks her an outcast, and she’s had to join a gang of Stims. What she doesn’t fully understand is that the cousin who has led her into this life has also gotten her marked as a target for the rival gang he betrayed.  There’s a lot of stuff going on in this issue as Mer reconnects with an old friend, but also gains a new love interest, who might just be using her. This title continues to be incredibly wordy, but I didn’t mind it as much this issue as I did last.

Undone by Blood or The Shadow of a Wanted Man #1 – Zac Thompson and Lonnie Nadler are cowriting this new Aftershock series that blends paperback Westerns, Cormac McCarthy, David and Maria Lapham’s Lodger, and a few other influences into a compelling new thriller.  A young girl has returned to a small Arizona town where her family was killed, with the intention of tracking down their murderer. On her first night in town, she gets a beatdown from some locals she insulted. Throughout the story, which is set in 1971, we look into the novel she’s reading, which is about an aging gunslinger whose attempt to settle down falls apart when his son is kidnapped by someone with a grudge against him.  Both stories are interesting, and Sami Kivelä’s art works very nicely here. I’m curious about where this is headed, although the Laphams’ Lodger is stuck in my head (it’s also about a girl hunting the man who ruined her family in Arizona). I also wonder why a desert town would have a paper mill, but that’s beside the point I guess. There’s a ton of atmosphere in this book, and I enjoyed the prose continuation of the novel at the back of the comic.

X-Force #7 – A lot of the spotlight shines on Domino this time around, as she tries to figure out what has happened to her luck powers after she was captured by that anti-mutant group from before.  Ben Percy has been slow to provide a lot of character work for the principal members of X-Force, so it’s nice to dig into Domino a little here. I do wish there were more character-driven stories in this book.

X-Men #6 – Mystique is a pretty complicated and fascinating character, although some writers (I’m looking at you Bendis) insist on contorting her out of the lane that Chris Claremont placed her in.  Jonathan Hickman, though, gets Raven, and makes very good use of her in this issue, as we learn what her secondary mission on the Orchis station in House of X was. We also see how Xavier and Magneto decide to manage the one thing that Raven wants from them.  It’s a solid issue that does more to advance the overall plot of this title than we’ve seen in a while. I can’t help but be annoyed by the sprawl of the X-Men titles lately, and I wish that Hickman’s tale was a little more focused.

Batman and the Outsiders #10

Black Panther and the Agents of Wakanda #6 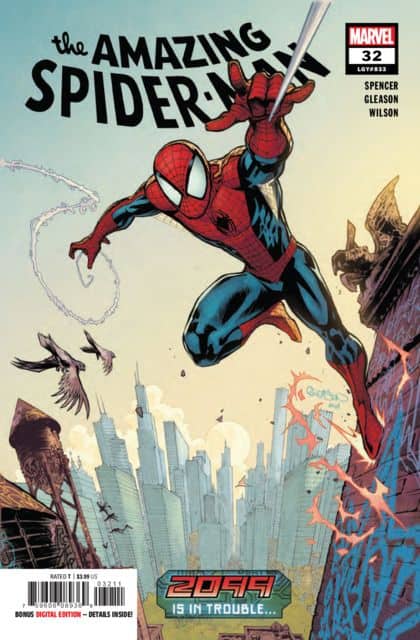 Amazing Spider-Man #26-34 – I enjoy Nick Spencer’s Spider-Man, but the issues in this small stack encompass way too many events for this book to even feel like it belongs to Spidey.  We go from a solid story about the Beetle and her Syndicate chasing after Boomerang to a couple of issues of Absolute Carnage, followed by some kind of 2099 event. They disrupt the flow of the series.  As always, I enjoy Ryan Ottley’s artwork a great deal. I found Patrick Gleason’s work in the later issues to be a bit of a disappointment – I loved his DC work, but I find that things look very different here, and while it’s fine, it’s a lot more bland.