Actor John Callahan, Know For Soap Opera Roles On All My Children, Santa Barbara, Falcon Crest, General Hospital & Days Of Our Lives, Passes Away At 66 Due To Massive Stroke! RIP

Actor John Callahan, Know For Soap Opera Roles On All My Children, Santa Barbara, Falcon Crest, General Hospital and Days Of Our Lives, Passes Away At 66 Due To Massive Stroke! RIP. 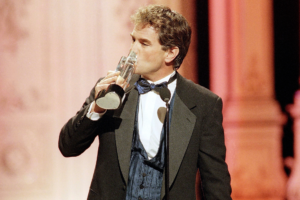 All My Children Alum John Callahan Dies at 66

John Callahan, best known for his role as Edmund Grey on the daytime soap opera All My Children, has died. He was 66.

The Daytime Emmys announced the news on Saturday. “We’re devastated to share that John Callahan passed away earlier today. Sending our deepest condolences to Eva La Rue and all his loved one,” the tweet read.
A cause of death is currently unknown.

Callahan’s ex-wife and fellow All My Children alum Eva LaRue shared multiple throwback pictures of the pair and their daughter Kaya, 18, on Twitter. The actress also posted a lengthy Instagram tribute to Callahan.

“May Flights of Angels Wing You to Your Rest my Dear Friend,” LaRue, 53, wrote. “Your bigger than life, gregarious personality will leave a hole in our hearts forever. We are devastated-My great friend, co parent partner, and loving father to Kaya.”

The soap star added, “That big belly laugh, bear hugs, bad puns, ability to harmonize to any song, great kitchen table singing-fests, and two steppin bad ass! ‘Johnny Numbers’, my All My Children soap stud, the great time keeper, Beatles fanatic (I wish to God we could go back to ‘Yesterday’).”

“Kaya and I are beyond broken hearted, so stunned, sorry that my thoughts are a mess,” LaRue said. “You gave the best most beautifully written tributes, and I am at a complete loss for words right now for you.”

LaRue concluded her heartfelt post, “I hope Heaven has baseball and that your team always wins! The Yankees has just lost their biggest Fan. ♥️♥️♥️♥️♥️.”

Kelly Ripa, who starred on All My Children from 1990 to 2002, commented on LaRue’s post with a single broken heart emoji. Later in her own post, the daytime talk show host wrote, “Because there are no words, all i can muster is Rest In Peace #johncallahan My heart breaks for you @evalarue and @kaya_callahan.”

Sarah Michelle Gellar, who was on All My Children from 1993 to 1995, shared a tribute to Callahan on Instagram, writing, “He stepped into a lot of moments in my life because I didn’t have a father to be there. Johns greatest joy in his life, was when he had a daughter of his own @kaya_callahan. John left us this morning. I promise you GP just as you were there for me, I will always be there for smoosh (Kaya) and @evalarue as well.”

Before joining All My Children in 1992, Callahan had roles in General Hospital and Santa Barbara. After leaving the ABC soap opera in 2005, he had a two-year role on Days of Our Lives.

On behalf of the InsidePulse team, I offer our condolences to the family, friends and fans of John Callahan.