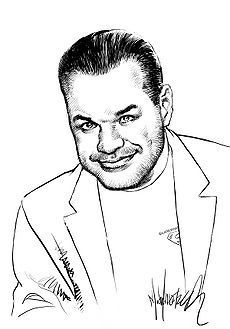 Martin Pasko, a writer best known for working on DC properties in both comic books and television, died Sunday night of natural causes. He was 65. 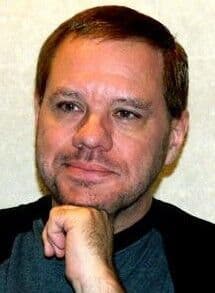 Former DC publisher Paul Levitz, a friend of Pasko, announced the writer’s death through a Facebook post on Monday.
“The odds are you’ve read his work, credited or not, or enjoyed a comic or cartoon or TV show or even a theme park event he made better, even as he relentlessly complained about the difficulties of making it as good as it ‘should’ be,” Levitz wrote. “Marty didn’t have a genius for making anything easy (especially for him), but he had a real genius for making creative magic.”

Pasko began working at DC Comics in 1973. His first Superman-related story “Private Life of Clark Kent” was published in July 1974, beginning his life-long association with the character. Throughout his time at the publisher, Pasko also wrote for “Justice League of America,” “Wonder Woman” and “Saga of the Swamp Thing.”

Outside of comics, Pasko also worked extensively in television, serving as a writer and story editor on “Batman: The Animated Series” for which he won a Daytime Emmy Award. He also wrote on “Cheers,” “Roseanne,” “Teenage Mutant Ninja Turtles” and more programs. Additionally, Pasko cowrote the animated feature “Batman: Mask of the Phantasm,” a spin-off of the animated series.

“Whether commenting on the latest comic he read, the events of the day in politics, creative theory, or just making conversation, Marty had one of the sharpest wits of our generation, and opinions… Oy, did he have opinions,” Levitz wrote. “I learned from him, learned by arguing with him, and took joy in ample helpings with the hamburgers or Chinese food we shared over the decades.”

Alan Brennert, another of Pasko’s friends, responded to his passing on Facebook, describing him as a “kind, generous friend.”

“It is difficult to find the words to express my grief,” Brennert wrote. “All I can think to say to him is: Thank you for writing that first letter to me and becoming part of my life. Thank you for being there when I needed you; I tried to be there when you needed me. Goodbye, Marty; goodbye, my brother. I will love you, and miss you, always.”

On behalf of the IP and Nexus teams, I offer our condolences the family, friends and fans of Martin Pasko.