NFL Hall Of Famer and WCW Wrestler Kevin Greene Passes Away At 58! RIP. 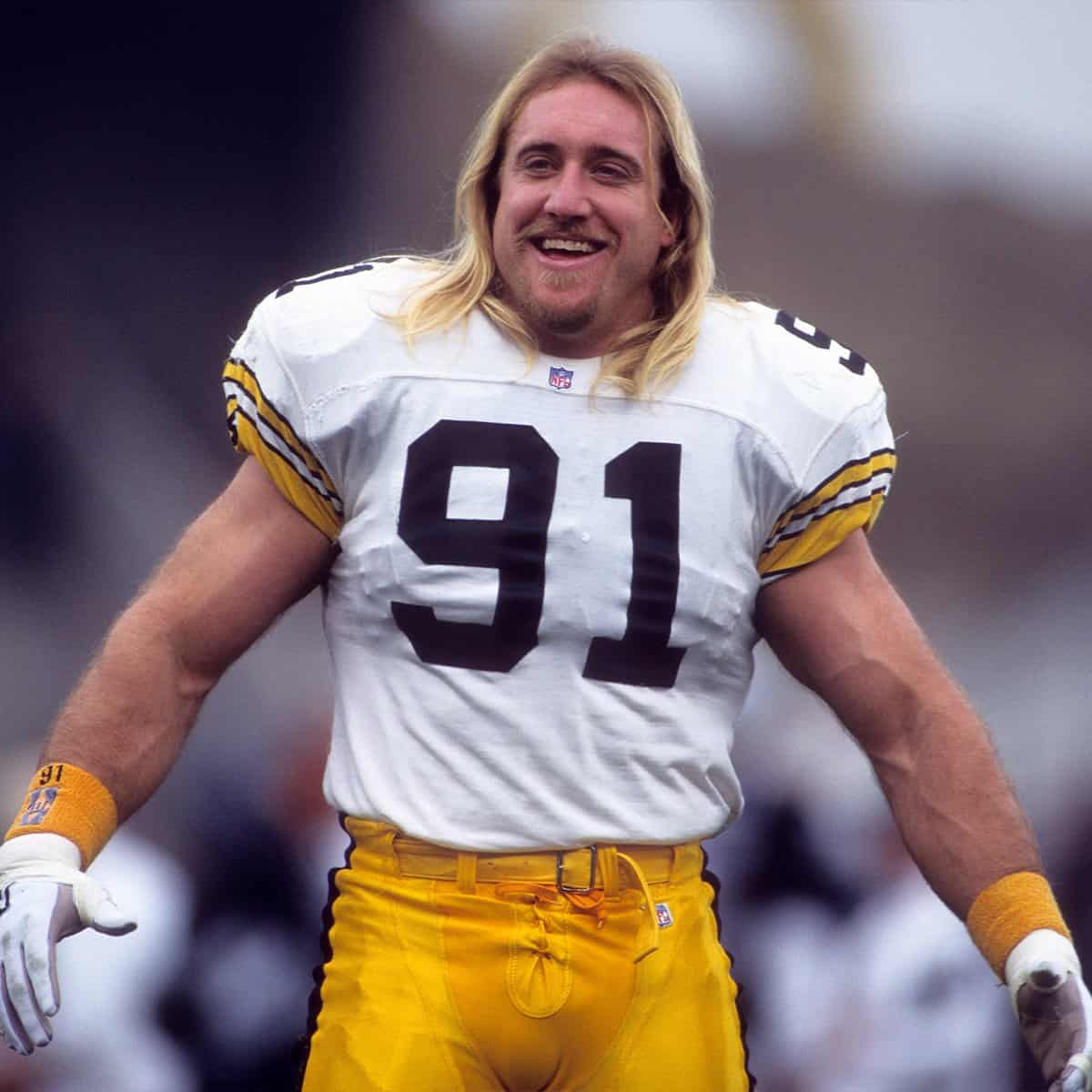 Kevin Greene, a Hall of Fame pass rusher who later won a Super Bowl as an assistant coach, has died at the age of 58. Greene, who spent parts of 15 NFL seasons with the Rams, Steelers, 49ers, and Panthers, retired with 160 career sacks following the 1999 season. Greene spent another seven seasons in the NFL as an outside linebackers coach, winning a Super Bowl ring with the Packers in 2010.

Greene, whose standout college career at Auburn including winning the Zeke Smith Award as the nation’s Defensive Player of the Year in 1984, was a member of the NFL’s 1990s All-Decade Team. He was included in the Steelers’ inaugural Hall of Honor class in 2017. Greene’s NFL career was immortalized in the Pro Football Hall of Fame in 2016.

“The entire Pro Football Hall of Fame family mourns the passing of Kevin Greene,” said Hall of Fame President and CEO David Baker. “I regarded him as a personal friend and a true Hall of Famer in every sense. He possessed the most incredible can-do attitude of anyone I ever met. He was a great player, but more than that, he was a great man.

“Our thoughts and prayers are with Kevin’s wife, Tara, and their entire family. We will forever keep his legacy alive to serve as inspiration for future generations. The Hall of Fame flag will be flown at half-staff in Kevin’s memory.”

“They love their football, but they love their defensive football,” Greene said of the Steelers in an NFL films documentary. “They remember the Jack Lamberts, the Mean Joe Greenes back in the day. They want to see that again. They want to see that kind of viciousness. And I just fed off that energy of Steeler Nation. It was almost like football heaven.”

The feeling was mutual in Pittsburgh as it related to Greene and the Steelers’ passionate fan base.

“This is a hard-working guy playing in a hard-working city,” said Steelers Hall of Fame coach Bill Cowher. “And boy, he became a fan-favorite pretty quickly with his flowing locked hair.”

Greene provided a similar spark with the Panthers in 1996. After going 7-9 and its inaugural season, the Panthers went 12-4 in 1996, with Greene recording a league-high 14.5 sacks. The Panthers then recorded their first-ever playoff win, a 26-17 win over the defending champion Cowboys, before bowing out to the eventual champion Packers in the NFC title game.

Greene made his fourth consecutive conference title game appearance the following season with the 49ers, as the 35-year-old pass rusher tallied 10.5 sacks during his one season in San Francisco. During his final two seasons, both with the Panthers, Greene tallied 15 and 12 sacks before calling it a career after the 1999 season.

After a decade removed from the NFL, Greene returned to the game as the Packers’ outside linebackers coach in 2009, the same year Green Bay spent a first-round pick on Clay Matthews. During his five seasons working with Greene, Matthews was named to four Pro Bowls. He was an All-Pro in 2010, the year he helped Greene win his first and only Super Bowl ring. Matthews’ forced fumble late in Super Bowl XLV helped the Packers defeat the Steelers, 31-25.

“It was bitter sweet to beat the Steelers, but it was a wonderful, special moment in time,” Greene said. “Was finally able to get a Super Bowl ring. It was just awesome.”

“KG was a warrior on the field, and he brought his same fire and tenacity to his coaching,” Matthews wrote via Twitter on Monday night. “So much of my success was a direct result of him, but he was so much more than a coach.”

Like Matthews, Greene was a college walk-on. Greene actually tried to walk on as a punter at Auburn before he was asked to join the team’s practice squad. Greene, after momentarily walking away from football, immediately impressed former Auburn coach Pat Dye during offseason workouts heading into the 1984 season.

“It was a cold morning in January, and all of a sudden I look up and see this guy winning every race and every competition,” Dye recalled. “He looks like a Greek God. I called one of the coaches and I said, ‘Who in the hell is that?’ He said, ‘Kevin Greene.’ I said, ‘Where did he come from?’

“He had the physical tools and ability, and he came with a vengeance. But the thing that set him apart was the thing he had inside of him. He played the game with every monocle in his body.”

That fall, Greene and future Heisman Trophy winner Bo Jackson led the Tigers to an SEC title. Greene’s success that fall led to him being selected by the Rams in the 1985 draft. Greene helped the Rams appear in the postseason four times during a five-year span that included two NFC title game appearances.

Greene’s football life came full circle in the summer of 2016 when he joined football’s greatest players in Canton, Ohio.

“If you think about it, maybe the best a football player can do is exhaust his passion and go out on his own terms,” Greene said during his induction speech. “And along the way, have fun kicking peoples’ asses with your brothers, entertain some folks, develop some lifelong relationships, and have enough good health to play some football with your son and daughter in the front yard.”

WWE is saddened to learn that Kevin Greene passed away today at the age of 58.

Near the end of a career as one of the NFL’s most feared pass rushers, Greene entered the squared circle for WCWWCW.

Upon his arrival, Greene teamed with fellow NFL player Steve McMichael and would go on to share the ring with some of the biggest names in sports-entertainment. The Pro Football Hall of Famer teamed with Roddy Piper and Ric Flair against Kevin Nash, Scott Hall and Syxx in a victory at Slamboree in May of 1997. In his last run with WCW, Greene teamed with Goldberg against nWo Black & White.

WWE extends its condolences to Greene’s family and friends.

On behalf of the IP team, I offer our condolences to the family, friends and fans of Kevin Greene.