Icon and Oscar Winning Actor Christopher Plummer, Best Known For Sound Of Music and Numerous TV and Film Appearances, Passes Away At 91! RIP. 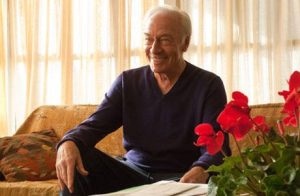 Christopher Plummer Dies: Oscar Winner & ‘Sound Of Music,’ ‘All The Money In The World’ Star A True Hollywood Legend 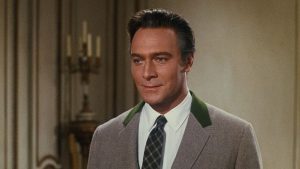 Christopher Plummer, who starred in The Sound of Music, won an Oscar for Beginners and was nominated for All the Money in the World and The Last Station, died peacefully today at his home in Connecticut, his family confirmed. Elaine Taylor, his wife and true best friend for 53 years, was by his side.

Along with becoming the oldest person to win an Oscar, Plummer also won a pair of Emmys and two Tonys during a nearly 70-year career.

Lou Pitt, his longtime friend and manager of 46 years, said; “Chris was an extraordinary man who deeply loved and respected his profession with great old fashion manners, self deprecating humor and the music of words. He was a National Treasure who deeply relished his Canadian roots. Through his art and humanity, he touched all of our hearts and his legendary life will endure for all generations to come. He will forever be with us.”

Plummer spent the past nearly 70 years as a stalwart of stage and screen, the latter of which covered more than 100 films. He is best known for playing Captain George Von Trapp in 1965 Robert Wise-directed classic The Sound of Music, but he won his Oscar for the 2010 film Beginners and most recently was Oscar nominated for the Ridley Scott-directed All the Money in the World. In that film, he replaced Kevin Spacey in the role of J. Paul Getty after Spacey had an #MeToo downfall. Plummer most recently co-starred in the ensemble of the Rian Johnson-directed Knives Out. 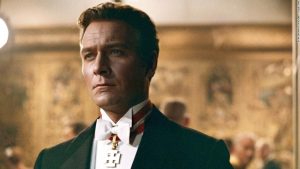 Born on December 13, 1929, in Toronto and raised in Montreal, Plummer began his professional career on stage and radio in both French and English. After his New York debut in 1954, the actor went on to star in many celebrated productions on Broadway and London’s West End, winning accolades on both sides of the Atlantic.

He won two Best Actor Tony Awards, for the musical Cyrano and the play Barrymore, among seven career nominations spanning 38 years. His most recents noms were for his lead in King Lear in 2004 and for playing Clarence Darrow in Inherit the Wind three years later.

Plummer made his Broadway debut in The Starcross Story and already had built his New York stage presence when he starred in Archibald MacLeish’s J.B., the Tony- and Pulitzer-winning modern retelling of the Book of Job, directed by Elia Kazan. The performance brought Plummer his first Tony nomination. He also won three Drama Desk Awards for Cyrano (1973), Othello (1982) and Barrymore.

He was a former leading member of the Royal National Theatre under Sir Laurence Olivier and the Royal Shakespeare Company under Sir Peter Hall, where he won London’s Evening Standard Award for Best Actor in Becket; he also led Canada’s Stratford Festival in its formative years. 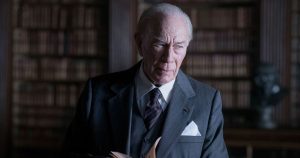 Sidney Lumet introduced Plummer to the big screen in Stage Struck (1958), and the actor’s range of notable films include The Man Who Would Be King (1975), Battle of Britain (1969), Waterloo 1970), Fall of The Roman Empire (1964), Star Trek VI (1991), Twelve Monkeys (1995). His more recent films playing Mike Wallace in 1999’s The Insider — for which he won a National Film Critics Award — the Best Picture Oscar winner A Beautiful Mind, National Treasure, Must Love Dogs, Syriana, Inside Man, Man in the Chair, the Pixar toon Up, the title role in Terry Gilliam’s The Imaginarium of Doctor Parnassus, Hector and the Search for Happiness, Danny Collins, The Forger, Remember, The Exception, The Man Who Invented Christmas, Boundaries and 2019’s The Last Full Measure.

Plummer’s TV appearances, which number close to 100, include the Emmy-winning BBC Hamlet at Elsinore playing the title role; the Emmy-winning productions The Thorn Birds, Nuremberg, Little Moon of Alban and HBO’s Muhammad Ali’s Greatest Fight. He earned seven career Emmy nominations, taking home statuettes for lead actor in Arthur Hailey’s The Moneychangers in 1977 and his voice role in The New Adventures of Madeline in 1994. He most recently was seen as a regular in the Canadian series, Departures.

Plummer was an octogenarian when he earned his first Oscar nom, for playing the great novelist Tolstoy opposite Helen Mirren in The Last Station for Sony Classics. He followed that up the next year with a win for Best Supporting Actor in Beginners from writer-director Mike Mills and appeared in David Fincher’s The Girl with the Dragon Tattoo that same year.

Plummer was 82 when won his Academy Award for Beginners — becoming the oldest person ever to win an Oscar. That record was broken by James Ivory, who was 89 when he won for his adapted screenplay for Call Me By Your Name in 2018.

Apart from his numerous honors in the U.S., UK, Austria and Canada, Plummer was the first performer to receive the Jason Robards Award in memory of his great friend, the Edwin Booth Award and the Sir John Gielgud Quill Award. In 1968, sanctioned by Elizabeth II, he was invested as a Companion of the Order of Canada — an honorary knighthood. An Honorary Doctor of Fine Arts at Juilliard, he also received the Governor General’s Lifetime Achievement Award in 2000. He was inducted into the Theater Hall of Fame in 1986 and Canada’s Walk of Fame in 2000.

On behalf on the IP team, I offer our condolences to the family, friends and fans of Christopher Plummer.