WWE Still Shows Adam Cole On Active Roster, Heading To Raw, Despite Bay Bay Debuting For AEW At All Out 2021?! 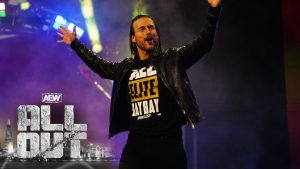 As of press time, when you head over to the WWE superstars page listing you will see Adam Cole at the top due to the alphabetic nature of the listing.

Looks like WWE has changed their site later in the day; here is what it look like now.

When you clock on his image you get to Adam Cole’s WWE superstar page which shows his stats on the right in red.

Previously, WWE had only used red for Raw, blue for Smackdown and yellow for NXT, but after further examination it looks like all WWE superstars, regardless of brand, appear to have the red box in the upper right on their respective WWE superstar pages.

Adam Cole is not currently featured on the AEW roster page listing a page that still features the deceased Mr. Brodie Lee as a tribute.