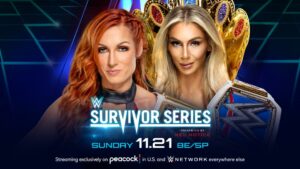 Looks like controversy is creating cash for WWE with its Survivor Series 2021 announcement. 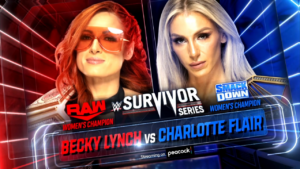 Two of the best to ever do it will square off at Survivor Series.

There is no shortage of history between Becky Lynch and Charlotte Flair, and on the one night of the year when Raw and SmackDown go head-to-head, a new chapter will be added when these two bitter rivals collide as champions of their respective brands.

After participating in a heated championship title exchange on the night the new rosters went into effect, there is no telling what Big Time Becks and the 12-time Women’s Champion will do when they are back standing across the ring from one another at Barclays Center in Brooklyn.

Will Lynch or Flair prove herself to be WWE’s premier Women’s Champion?

Find out at Survivor Series on Sunday, Nov. 21, streaming live at 8 p.m. ET/5 p.m. PT exclusively on Peacock in the U.S. and on WWE Network everywhere else.

While Flair was not punished for being the instigator will she eat a pin at the PPV? 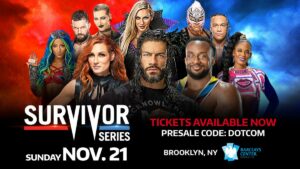