Can The Team Snap Superboy Conner Kent Out Of It Or… 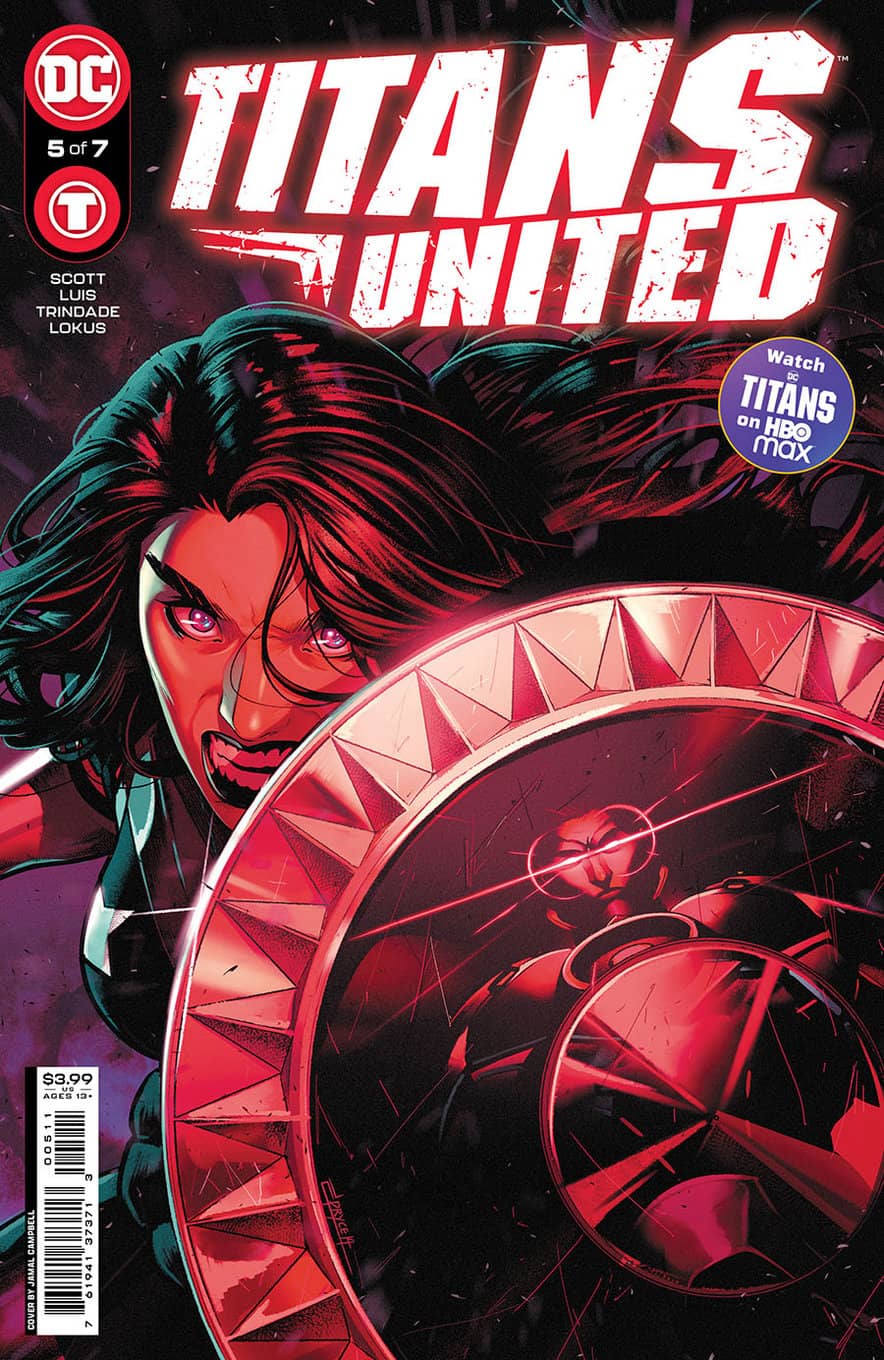 …Is He Lost In and As Black Zero?! 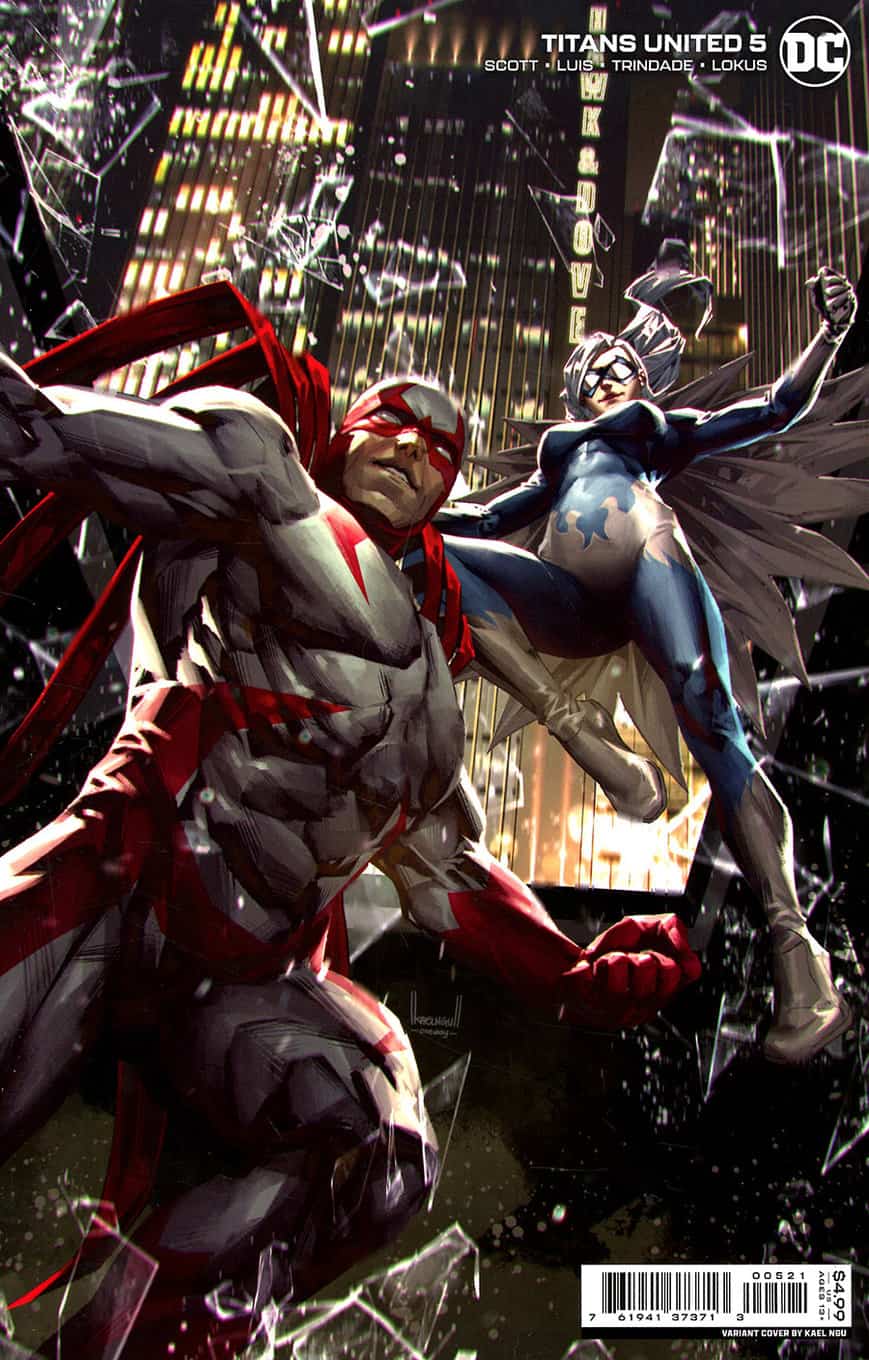 The promise of the issue is revealed in its solicitation.

Black Zero strikes! Superboy has turned on the Titans as Tamaranean forces move to invade Earth. As Donna Troy falls to Conner’s newly restored powers, Raven tries desperately to reach the friend and ally they once knew.

The book opens with Superboy firmly ensconced in his Black Zero persona due to torture at the hands of Starfire’s sister Blackfire. 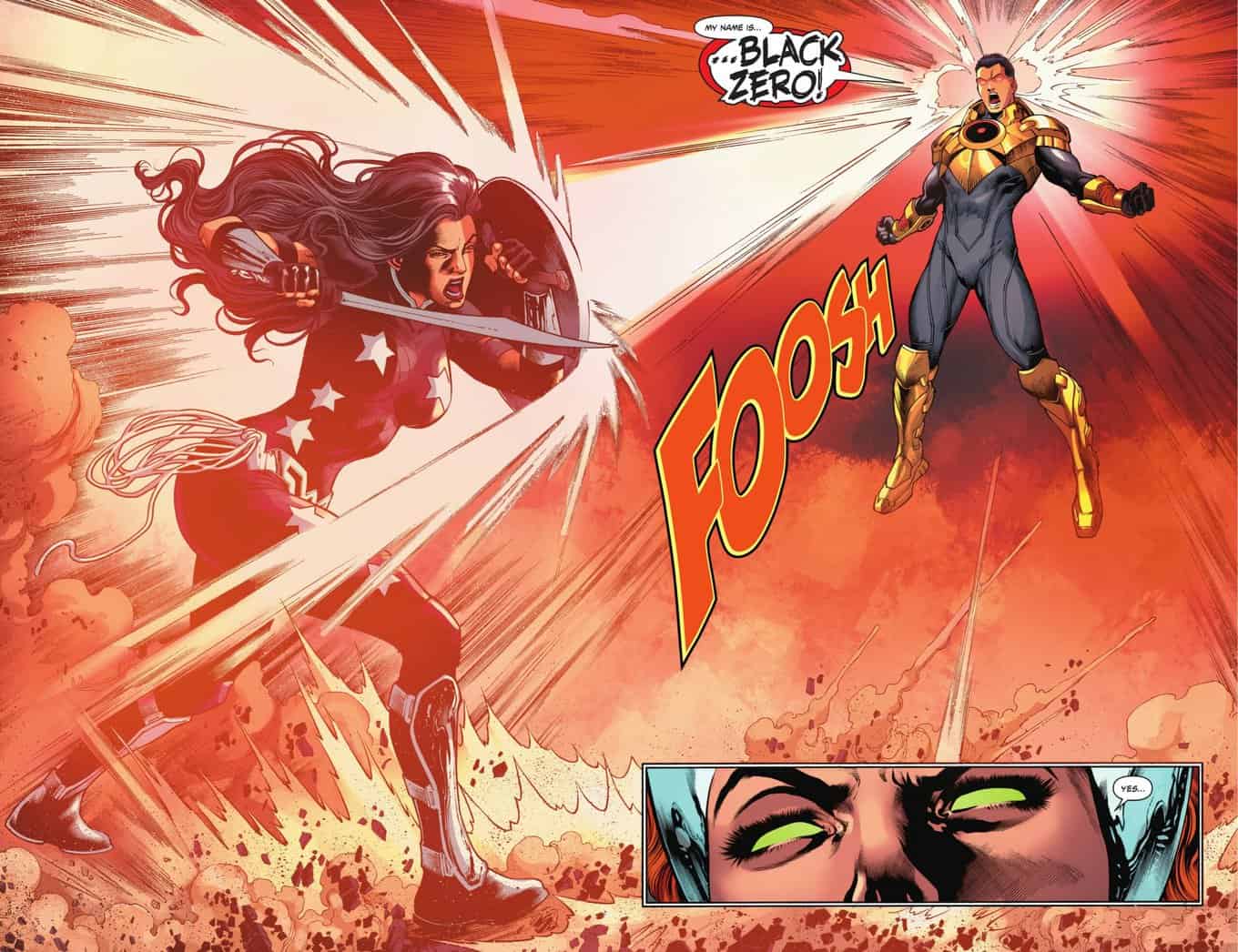 The book ends like it began with the Titans unable to snap Superboy “out of it”. 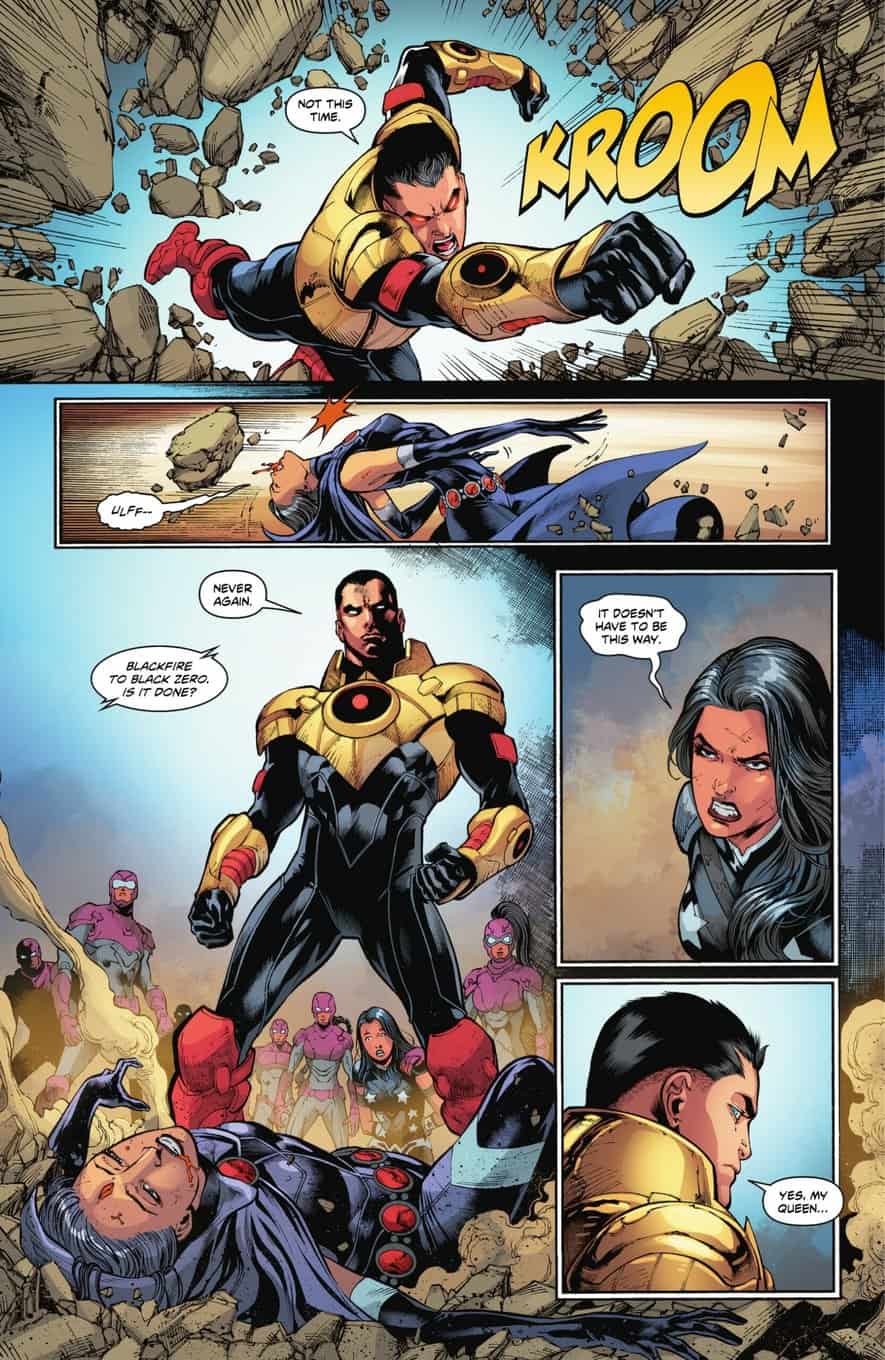 The Titans are no match for him, but… 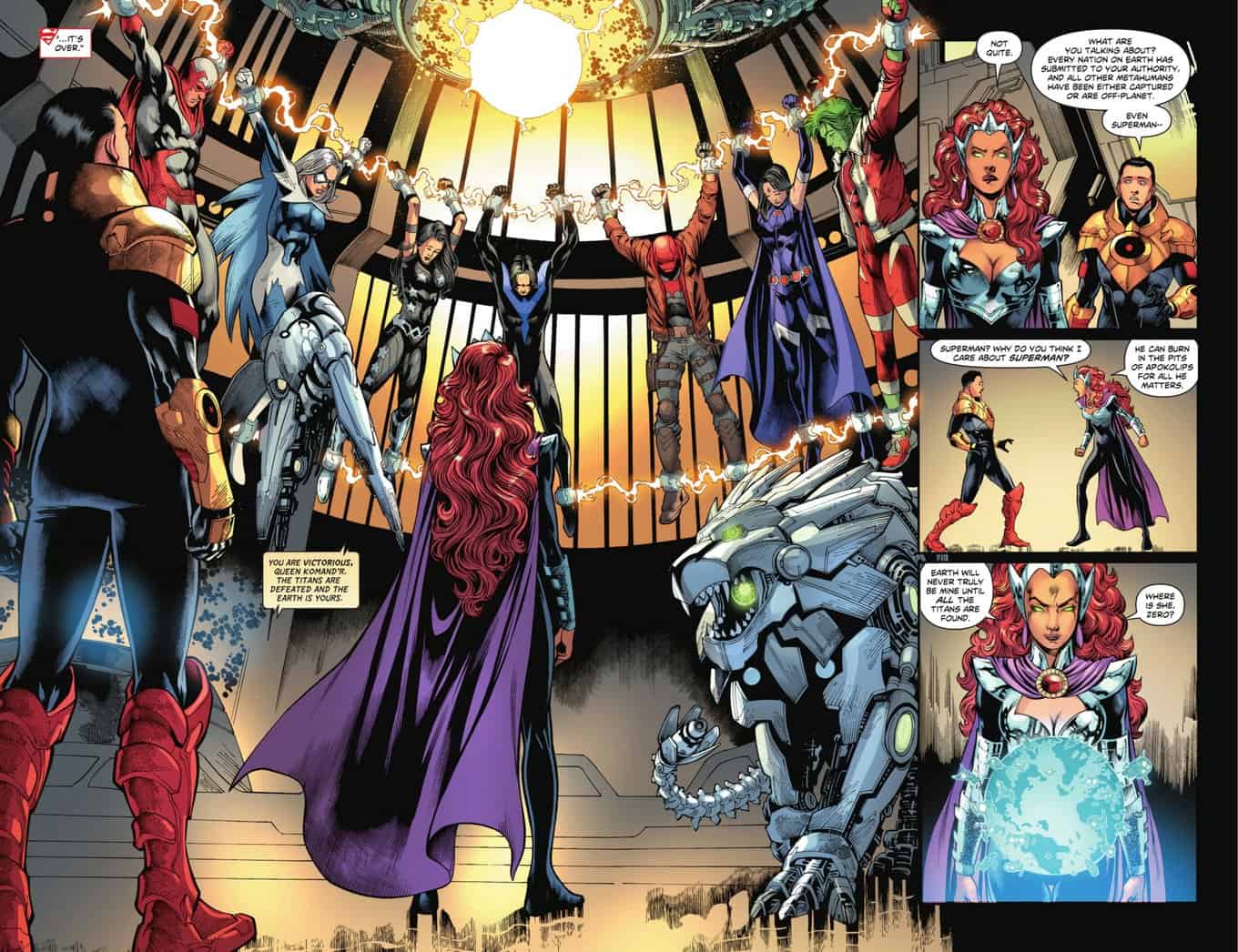 …Blackfire is displeased because… 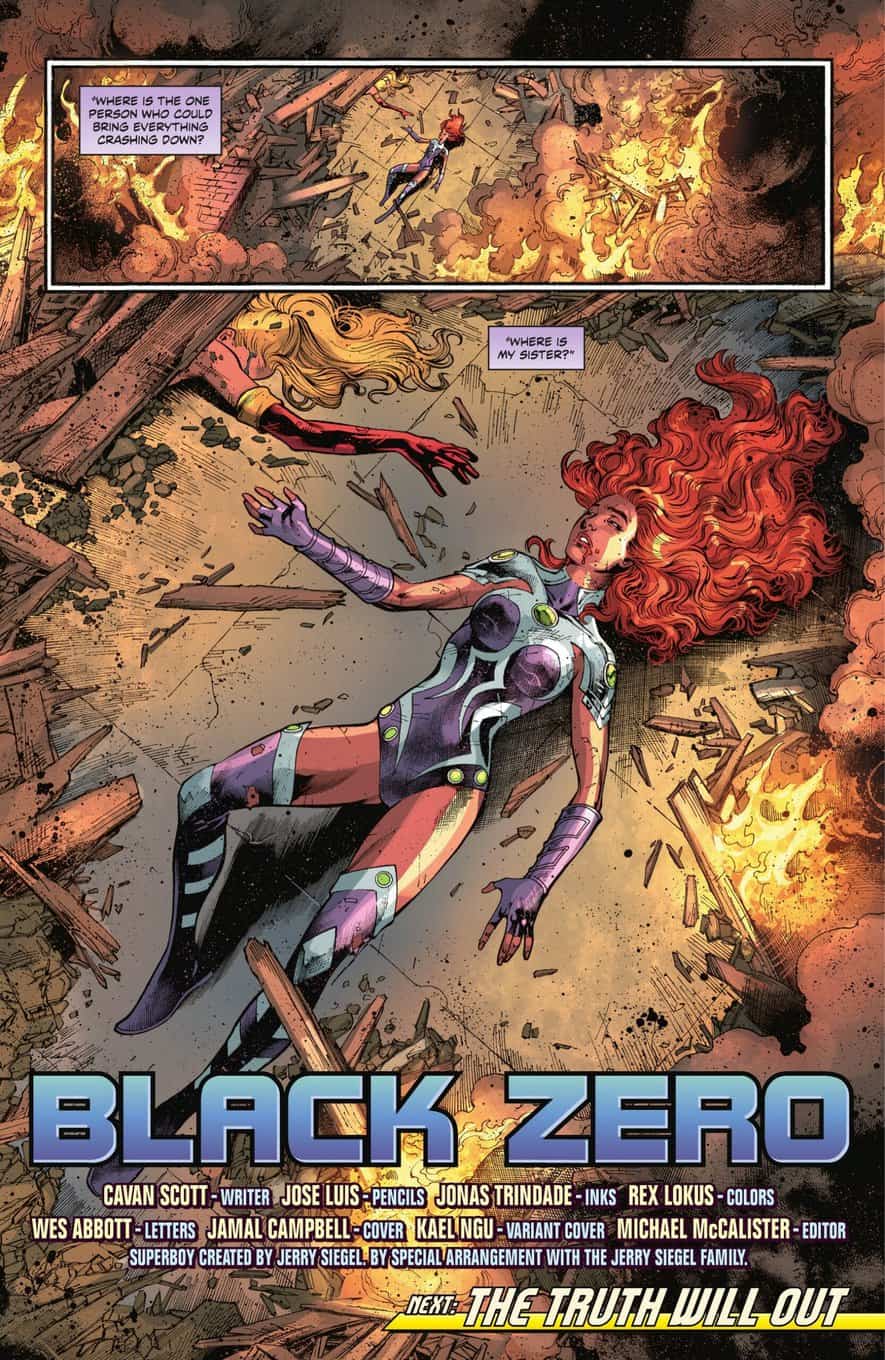 …her sister Starfire is not among Black Zero’s conquests.

It is also important to remember the history of Black Zero and as such please see his classic bio from a classic edition of the DC Comics Encyclopedia in the Who’s Who style.